In a world where bigger isn’t always better, many of us fantasize about downsizing our monster rigs to something simpler and more compact. With the Express series of amps, Mesa/Boogie acknowledged the need for a small-sized, working musicians amp that could still deliver uncompromised tube tone capable of filling a room with generous amounts of sound.
Let’s be realistic. If you live in a big city and rely on public transportation, hop subway trains, play tiny venues with space constraints, and tote your own gear, you’re not likely to be carrying around a half stack or even a 2x12 combo for that matter. Of course for the sake of tone, we’ve done whatever it took to get our rig to the gig in our younger years, but then we’re a little obsessive about gear.

Many players, upon hearing of the Express amp’s introduction, immediately thought “F-50 replacement,” but while the Express 5:50 reviewed occupies a similar place in the product line price-wise, you’re actually getting far more amplifier for the money.

This “Little Engine That Could” packs the power of a locomotive – the Express will impress you with its 6L6 tube circuitry that goes from fifty watt Class AB operation to five watt Class A (single ended) at the flip of a switch, Mesa/Boogie’s multiple voicing options on each channel for a wide variety of tones, and Contour control that effectively lets you dial in multiple different EQ curves from a single knob (on each channel).

In short, this amp is worthy of the Mesa/Boogie moniker as we all know it, so without further delay, lets climb aboard and ride the tone train.

[Explaining Class A vs. Class AB operation requires a lengthy explanation, but from a tone perspective, Class A designs are mostly associated with low-powered vintage tube amps, while Class AB are associated with modern, high-powered tube amps. To read a very lengthy discussion and explanation of the technology, Mesa/Boogie’s founder, Randall Smith, has written an excellent white paper available for online reading or download at this link.]

We found the Mesa/Boogie Express 5:50 to be among the easiest amplifiers to navigate and dial in for sound due to the simplified control layout provided and (as commented below in the Documentation section) the variety of factory sample settings provided in the Operations Manual. We find sample settings very helpful in determining a decent starting point in which to create our desired tone – as anyone who has played a Mesa/Boogie amp knows, they’re not quite wired like all “the others” and dialing them in to obtain brilliant Boogie tone requires care.

In molding our tone for each channel, the use of independent Gain, Treble, Mid, Bass, Reverb, Master Volume and Contour controls made independent settings and specific characterization of each channel possible. We were able to dial in that classic Boogie tone right from the start. Having played through Mesa/Boogie amps for years, we already had an understanding/reference point from which to locate the sweet spot of each tone control. One particular characteristic to note (for newcomers to the Boogie camp) is that each tone control does not function independently, meaning that by changing one tone control, it influences the behavior of the next tone control in the circuit path – they all work together.

The footswitch provided with the Express 5:50 connected with a basic 5-pin DIN cable (that’s a standard MIDI cable, though it isn’t being used to carry any MIDI data). The rugged footswitch contains three Carling-style metal pushbutton switches controlling Channel 1/2 switching, Reverb On/Off, and Contour On/Off or footswitchable. Each control function contained a bright LED light to indicate On or Off. We found each function easily controllable using the toggle switches located on the front control panel of the amp, too, when the footswitch was not connected.

Connection points for the effects loop are easily accessible on the back control panel of the amp. One feature that is not provided is a level control for the Effects Loop. This had a negative effect on trying to get increased levels to and from our outboard gear. We were limited to the level provided from the initial signal through the amplifier and would have preferred some direct control over the loop level as we have with most other Mesa/Boogie amplifiers.

Having been familiar with Mesa/Boogie’s reputation for quality all-tube amplification, it was no surprise to fire up the Express 5:50 and hear that classic Boogie tone. Not only did the Express provide great tube tones, but this little powerhouse had the volume to boot.

We tested the Mesa/Boogie Express using an Ernie Ball Music Man JP6 and a Fender Eric Johnson Stratocaster. With both our single coil and humbucker-equipped instruments, we were able to attain a quality sound in all style modes by making use of the Contour control feature to enhance a desired tonal spectrum. The Duo-Class™ power selection switch between Class A (five watts) and Class AB (fifty watts) had a significant effect on volume as well as the tonal characteristics of the amplifier. Class A gave us cutting high gain in the Burn style mode while Class AB gave us that warm, full bodied tone commonly heard through 6L6 tube configurations.

In exploring each channel of the Express 5:50, Channel 1 provided a Clean or Crunch tone depending on the selection made via the Style mode switch. In the Clean mode, with the Gain set at about 10:00, we were able to obtain a clean dynamic sound that was further enhanced by adding the Contour control feature. Without the Contour control feature engaged, the amp tended to have a very mid-sounding tone, particularly flat in character (obviously lacking the depth of tone provided by the continuously variable EQ). With the Contour feature engaged, a wide spectrum of tonalality was available depending on personal setting preferences. In the Crunch style mode, we were able to obtain that classic crunch sound of the Seventies, and depending on the gain setting, the Express 5:50 provided basic blues to classic rock tones.

Channel 2, set up for soloing, again gave us two options via the Style switch – Blues or Burn. In the Blues setting, we were able to obtain that soft, warm clipping sound all the way to a full out bluesy growl depending on the gain setting. Here again, we found the Contour control feature very effective in rounding out the tone. In the Burn style mode, the amp really came alive with its high gain. This setting provided a classic Boogie lead tone – tight, vocal and harmonic. We had no problem getting the amp to ring out with a wall of harmonics and never-ending sustain.

The Reverb section of the amp performed well. Having Reverb controls independent for each channel gave us the ability to dial in just the right amounts preferred, which was nice. In the 9:00 position, the Reverb sat on the back end of the signal. As Reverb amounts were increased, the Reverb became more out front in the mix – increased Reverb levels provided a wet signal and placed the Reverb more in front of the signal. We found the all-tube Reverb circuitry to be very effective, and it provided a nice even cascading effect at any level depending on preference.

The independent Master Volume controls were particularly effective – too much so at times! All kidding aside, this amp made us jump when we assumed a modest volume setting as a starting point – we quickly turned the Master Volume to below 1, as opposed to the initial 3 setting. With the Master volume set at only 2, this “big little” amp provided enough power for a full jam session. In a room filled with 4x12 cabinets, PA, and 100 watt amps, the Mesa/Boogie Express didn’t even break a sweat, providing more than enough power to cut through the mix.

Speaking of depth, we were concerned with the absence of a Presence control feature when first looking at the amp. While the Contour control feature provided much of the same effect and enabled us to enhance the depth of the tone, creating that whole/round sound, it never really achieved the same depth or three-dimensionality of tone that we get from our more expensive Boogie amps. With the Contour function disengaged, the Express produced a very one-dimensional sound. We can’t imagine anyone not leaving the Contour function enabled on both channels.

In pursuit of that three-dimensional sound, we used the external speaker jack to connect our Express 5:50 to a Mesa/Boogie Rectifier Traditional 4x12 cabinet, thinking that perhaps this was just an issue of the 1x12 format. To our surprise, the sound still remained somewhat flat in character, and although it had great Boogie tone, it still didn’t pack the depth or presence that we were used to from our Road King II and Lone Star amplifiers.

Mesa/Boogie continues to provide the most informative, user friendly operating manuals provided by manufacturers today. Starting with their opening letter, “Hello from the Tone Farm,” the consumer develops an instant relationship with Mesa/Boogie from a customer service perspective.

In closing the manual, Mesa/Boogie provides Sample Settings along with pre-outlined diagrams of the amplifier control panel to mark your own Personal settings – very useful stuff!

The Mesa Boogie Express 5:50 1x12 Combo sells for $1,299.00, an excellent value overall. As the most affordable amplifiers in the Mesa/Boogie line (a 5:25 combo with 10” speaker is only $1,149.00), the amps lack some of the bells and whistles of more costly Mesa/Boogie products, but you still get the fabulous all-tube technology, flexible sound options, and classic Boogie tone. 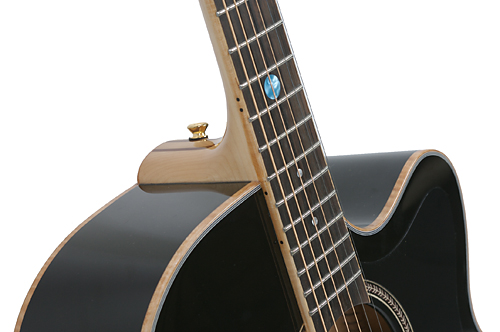 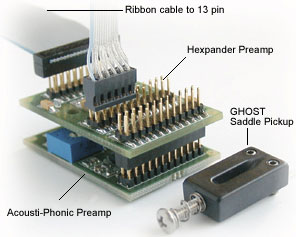