Virgil Donati stands out as one of the leading technicians throughout the world of drumming today, whether playing with his progressive band, Planet X, delivering jaw-dropping performances on his astounding technical solo records, or accompanying a wide range of other artists on their releases. His new signature snare, the Pearl VG-1450, is a well-rounded (feature-wise), nice sounding, and attractive snare drum that makes a perfect compliment to a perfect player.

Most people in the drum community are aware of the callisthenic and progressive nature of Virgil’s playing. His signature snare, however, lends itself to a wider variety of styles than he typically plays. Given the shallow depth of the drum (only five inches tall) along with the standard fourteen inch diameter, we found this snare drum well suited to a wide array of styles ranging anywhere from heavy rock to quiet jazz.

The drum arrived well boxed and protected, and included warranty information, a custom Pearl drum key and, as a bonus, a small booklet of Virgil Donati snare drum warm-up exercises for your hands! Keeping up the current trend of attractive signature snare finishes from Pearl, the Donati snare drum has a beautiful “Smoke Flake Finish,” otherwise known as a deep gray sparkle paint. The drum sported appealing classic-style brass tube lugs with a chrome-plated outer layer on each one.

The shell is a well-constructed blend of four outer plies of maple (100%) mixed with four inner plies of birch (also 100%) resulting in a moderately thick, eight-ply wooden shell. The merger of these two wood layers gives off a versatile tone combing warm timbres from the maple plies mixed with bright, projecting characteristics from the birch plies (more on this in the Sound section).

Additionally, an alluring feature worth mentioning is the more “rounded” or “shallow” top bearing edge that is typically cut at a steeper angle on most snares. This element will allow you to retain a good, balanced mix of tone and ring without having to deaden the heads by dampening.

Whereas a majority of signature snares tend to be deeper in size, the Donati snare happens to be a relatively shallow five inches in depth. However, even with the shallower nature of the drum, the construction of the shell allows for a much more versatile range of tones not often found in drums of this size. Similar to other Pearl snares in the signature line, the interior contains a traditional wood finish with attractive black-colored screws to attach the tube lugs.

The usability of this drum was very easy to navigate as the drum is constructed without any significant twists or turns. The snare throw-off and its butt-plate counter part were simple to adjust or alter any particular tones for the actual snares on the bottom head. Tuning was straightforward, and the shallow depth of the drum allowed for a wide range of pitches and ranges.

Despite some initial concerns about depth and dimension, the Donati drum was very pleasing in all ranges and barely had any obtrusive over-ring or annoying frequencies. The drum was very responsive and had its own significant characteristics throughout all ranges.

The sweet spot for this snare was clearly the middle range of tuning — it proved to be a very effective setting for the drum, and seemed to be the range that the drum was primarily meant to be played in as it yielded a great mixture of power, roundness, and projection. The tone was beautiful in this range (especially when tweaked up a bit, creeping toward a higher range). There was a controlled, ordinary amount of ring without being intrusive and there was no need or concern for the addition of muffling (again, as a result of the rounded top bearing edge). The tone and response characteristics were consistent on each stroke, which is essential for both live and studio settings.

Tuned down to the lowest range, the drum produced a full sound with a controlled amount of snare buzz. The tone was moderately full, though it contained a bit of “twang” as a result of being tuned so low for a shallow drum. However, there was a pleasing and decent amount of body present in this range and, depending on the musical situation, could be quite interesting (perhaps with some slight dampening to control some excess ring from the lower-tuned heads).

Finally, tuning the drum up to the highest range produced a very powerful “crack” and a substantial amount of positive projection. Again, there was an acceptable amount of ring and the vibration of the snares was well controlled. However, this range presented a bit more of a box-y characteristic not present in the middle or lower ranges as a result of the heads being tweaked to such an extreme. There was less fullness, and the tone wasn’t as pleasing as what was found in the mid-range level (more specifically, the higher portion of the mid-range level), but was still very usable.

Perhaps the only concern from a player’s perspective might be the lack of really full body normally found in the tone of deeper drums, particularly for players trying to attain a bigger, heavier sound. Even with the versatility of tones from this well-constructed shell, there is only so much roundness and depth one can obtain from a shallower shell, but then signature drums aren’t trying to be all things to all players, and for what Virgil’s snare does provide, it sounds great!

The Virgil Donati snare arrived with appropriate warranty information and a nice book of warm-up exercises, but no other specific or definitive paperwork relevant to the drum.

There is a healthy description of this drum on the Pearl website, and varied information (as well as photos) can be found on Virgil’s website (www.virgildonati.com). As with other major manufacturers in the drum industry, additional product support, warranty information, and documentation can be easily obtained through their website or via direct contact with the company.

The Pearl Virgil Donati signature snare (MSRP $659) can be purchased for approximately $400 retail. Though there are certainly more expensive custom drums on the market, this snare could be considered by some players as being a bit pricey for a single snare purchase. However, compared with other Pearl signature snares, the Donati snare falls somewhere in the middle-range of artist series products. 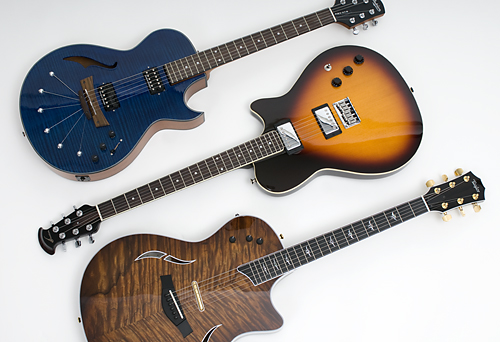