Carvin has been manufacturing guitar and bass products for over sixty years, and we’ve been receiving their catalogs, drooling over their gear, and owning some of it for at least a third of that time. This is our first bass amp review for Carvin, and just as we fell in love with their CT-6M guitar, the BX1200 amp proved to be a stone cold winner.

This product easily earned a WIHO award for both its amazing versatility as well as its sound. The head packs a real punch for its size and weight, and its expansive EQ controls take your tone to the next level. You can dial in almost anything you want and exploit frequencies that you just can’t manipulate on other heads. The BX1200 is well built, with knobs and switches that are tough enough for road warriors.

All in all, this head is well made, sounds great, and because Carvin only sells direct (unless you happen to be one of the lucky California musicians living near one of their few retail stores), the head is a terrific bargain, almost bordering on absurd given how inexpensive it is to own an amp of this quality.

The Carvin BX1200 is a sharp looking head with its shiny metal knobs and dark two-tone face place. The blue light really sets the mood on this head!

But beneath this sharp dressed exterior, the BX1200 has the essential features you’d expect to find on any well-made, high-end head, with some nice extras. On the power side of things, this amp delivers 1,200 solid-state class A Watts of clarity, power and presence. Depending on your cabinets the BX1200 pushes 275W at eight ohms per channel, 400W at four ohms, 800W at eight ohms bridged, and the full 1200W at four ohms bridged.

Two switches sit next to the input jack: a conveniently located Mute switch, and an Active/Passive switch to tailor the input to basses with different pickup configurations.

The BX1200 has your standard Drive knob by the Input jack and Master Volume adjacent to the power switch, along with a plethora of EQ features. A single knob controls the optical compressor with an auto limiter, and a red LED show you when the compressor is in operation.

The nine-band graphic EQ is footswitch-able, as well as via a switch on the front plate. But in addition to this EQ, the BX1200 also has a five-band, three sweep tone control section that offers parametric frequency changes to the low mids, mids, and high mids, resulting in an almost unlimited number of options for dialing in your perfect sound.

These features give the BX1200 a truly versatile voice, but your tone shaping doesn’t end there. There is a Contour knob that further refines your sound, and it is labeled Flat at one end of the spectrum and Scooped at the other. Carvin’s website states, “the EQ starts up with the Contour control going from a flat mid response to a heavy scooped mid response for slap players.” We agreed with that statement after attempting our best Victor Wooten impersonations.

The BX1200 has a crossover frequency control and Lo and Hi power amp controls to blend what is being pushed out of each channel. Adjusting the frequency blend to each cabinet directly from the face of the amp is a great feature.

The BX1200 has a selectable effects loop that is located in the signal chain just before the defeat-able nine-band EQ section. The Send and Return levels are fixed. While some players will find this to be a limitation when connecting some studio gear, others will appreciate the simplicity for use with “typical” bass effects gear.

The back of the unit also has a dedicated Tuner Out (which remains active while the amp is in Standby mode for silent tuning), stereo headphone jack (unplug your speakers and use the Master Volume to control this), quarter-inch footswitch jack, and separate speaker jacks (one for low and high), as well as a bridged jack to combine cabinets and to achieve full wattage.

The BX1200 also contains a built in D.I. that we used while we were doing a session, and it was very easy to work with. It has a Pre/Post EQ option as well as a ground lift and a direct out Level knob so if we were playing live, we could have a fixed volume going into the mixing board without being concerned about adjusting our stage volume.

The BX1200 ships with a footswitch that enables/defeats the EQ, mutes the amp, and selectively bypasses the effects loop.

As soon as we unpacked the shipping carton, we were graced with a single handle on one side of the amp and feet on the opposite side so we could easily stand the head up straight on its side. As touring musicians, we find that having multiple ways to play Tetris to stowe gear securely is key. The hard case was wrapped in a black Tolex hard shell for protection (you can order the amp in a few custom colors, too).

The layout of the amp was very easy to use and get around. The knobs were rugged and looked like they can take on plenty of abuse from the road — overall construction was excellent. And thanks to the clean panel layout and abundance of tone-shaping controls, it was very easy for us to get the amp to sound just the way we wanted it to without making much use of the nine-band EQ, but more on that in the Sound section.

The built-in effects loop was simple to use. It took us no time at all to plug in our effects chain and start getting crazy with our processed sounds.

The DI was very easy to use, too. The Level knob is on the rear of the amp, so once you set your level for the house, you won’t accidently adjust the wrong volume control when trying to hear yourself over the guitar player in your band who refuses to turn down. Of course with 1200 W of power, you’ll most likely win that battle.

Once we hooked up the Carvin BX1200 the fun began, and we found that it was almost ready to play with everything set flat and just a little tone adjustment from our passive ‘72 Fender P-bass.

We were able to get a nice warm sound by pushing the Drive a little below the master volume. We ran the BX1200 through one Trace Elliot 4x10 cabinet at first and then  biamped with a second Trace Elliot 4x10 to test the crossover and the Hi/Lo power controls. We achieved good volume and presence from the single 4x10, but as we all know, the more speakers the better! The biamped sound was even more pristine and well defined (and yes, louder).

Just to see what kind of growl we could get out of the amp, we pushed the Drive above the master volume for a really gritty, but still clear, bass tone.

Using the Contour knob, the P-bass was granted with a bright funky sound with some extra pop, but no real clarity was lost. This sound was achieved by turning the knob all the way toward the Scooped side.

After we had heard what kind of tone we could get just from the normal EQ settings, we dug into the semi parametric controls. They were a little less obvious in their tone shaping, resulting in subtle changes to our tone. But after reading the manual for some clarification in their use, we were able to get cooking and dial in some very specific frequencies to shape our overall tone.

We then switched to an active bass for comparison. We grabbed a high-end Ibanez Soundgear model with big bullet pickups to see what kind of low end performance the Carvin BX1200 could deliver… and deliver it did! The bass EQ is very powerful and using the crossover feature to control which cabinet receives how much low and high frequencies, we were able to get some great tone that brought definition and clarity to the signal. We loved this tonal combination, and it led to some ritualistic dancing and a couple of celebratory glasses on the table once we really got the amp going! [Editor’s Note: Usually, deciphering the programming of rack gear and MIDI controllers leads to drinking. It’s nice to find an amp that provides a more positive reason to imbibe.]

Using some of our favorite toys, we brought the effects loop into play to hear how a fuzz box and an octave pedal would sound through this head. The Electro-Harmonix American Big Muff was our preferred fuzz box, and it worked seamlessly through the effects loop. There was no loss or gain, and the original tone of the clean bass was not compromised. We achieved similar results with a Boss Octave pedal. There was nothing lost and the original tone coming out of the amp was still there.

When it was all said and done, the BX1200 had great versatility, great tone, and useful features to help us get almost any sound we were looking for.

The Manual for the BX1200 was very thorough and had a description of each button and knob.

There were sketches of both the front and back of the amp that were numbered, so it was very easy to identify each description with the specific switch or knob.  There was also a section on getting started immediately for users wanting some instant gratification.

The manual showed different functions for the footswitch controls as well as numerous speaker hookup diagrams for correct speaker use. It also contained a Helpful Hints section for some immediate troubleshooting if by chance you run into trouble.

As far as support goes, we called Carvin directly to ask some questions and they were very helpful and well versed in the ways of the BX1200.

For the price, we don’t think it gets any better. The Carvin BX1200 ($1,395 MSRP) currently sells for $599.99 direct, and the FS22 footswitch is only an additional $30.  This amp is not merely a great buy, but more like a steal! This head is so versatile and big sounding that other heads in its price range don’t even compare. The fact that you can order this amp in custom colors is just icing on the cake! 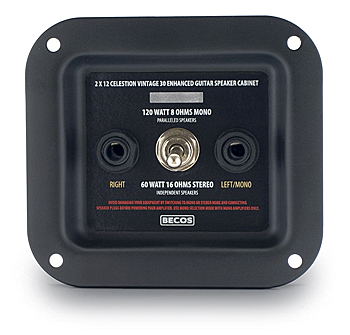 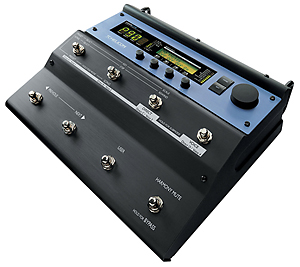 TC-Helicon VoiceTone Create and VoiceLive with ...