It’s easy to see why the TC Electronic Nova Repeater is the go-to delay pedal for players like Doug Aldrich, Nils Lofgren and Paul Gilbert. It gives you everything you could possibly want in a delay pedal: crystal clear digital delays, clipped analog delays, modulation effects, and it works perfectly at both instrument and line levels. It’s a simple-to-operate and effective pedal offering you some of the world’s best sounding delays at an affordable price.

In fact, we liked it so much that we probably won’t be sending the review unit back!

Six delay types are featured (Studio, Analog, Tape, Dynamic, Reverse and Ping-Pong), as well as mono in and stereo out, a dedicated Tap Tempo switch, audio tapping, six delay subdivisions (including a new “dual delay”), a tone control, three delay ranges (min/mid/max), and a Kill Dry switch. Those not familiar with the term Kill Dry should note that it’s a setting that kills the dry sound and only outputs the wet sound from the pedal, allowing it to be used optimally in parallel effects loops (for series loops you wouldn’t activate this feature as you can mix wet/dry balance in the pedal).

If that’s not enough, a variety of chorus and vibrato effects are on tap as well. Because the Nova Repeater has a choice of two different inputs matched for instrument or line level signals, it performs well in both effects loops or between your guitar and amp.

The unit is powered via an included 12V adapter, but since the unit’s specifications call for a power supply rated at between nine and twelve Volts, you should also be able to power it from traditional alternate power sources.

TC Electronic advertises this pedal as “No frills, with a sound that kills” but to call this pedal “no frills” is to engage in understatement, as it is chock full of a number of great features including some that are not even available on its big brother, the Nova Delay: the multi-function Mod knob allows you to control modulation effects (as well as turn them On/Off), and there’s also a new Vibrato mode.

All of these features may seem a bit intimidating at first, but rest assured they are incredibly easy to use. So much so, you probably won’t even need to reference the user’s manual to get started. The five knobs are self-explanatory: Delay (Delay time), Feedback, Tone, Mod (Modulation) and FX Level. We found that twisting these knobs to taste simply using our ears as a guide produced desired results and usable tones instantly.

The pedal’s construction is solid and heavy yet unobtrusive enough to fit nicely on your pedalboard. Particularly impressive are the vibrant LEDs, which make the display easy to read even in low stage lighting.

It should be noted that the Repeater does not offer any way to store your favorite settings as presets. While this did not seem to hinder our review crew, it may be important to some players and if so, you may want to check out the ND-1 Nova Delay pedal which does feature presets.

One of the coolest and most useful features in the RPT-1 is the comprehensive set of Tap Tempo and Audio Tapping features. Besides traditional tap tempo capabilities, when you hold down the Tap Tempo button, the RPT-1 mutes the signal to your amp allowing you to strum quarter notes on your guitar and the pedal picks up the tempo you strum! This allowed us to silently strum along with our drummer’s song lead-ins and set the delay to the specific tempo of our songs.

Of special note also is the Dynamic delay. Popularized in TC Electronic’s rack gear for many years, the Dynamic delay is an adaptive delay that automatically sets the optimum threshold for “ducking” delay repeats behind your performance. We found this feature worked exceptionally well at ducking delays behind fast legato passages and enhancing the effect (bringing it more to the forefront) during slower passages, making our solos cleaner sounding and the slower parts more luxurious. Even when we decided to turn up our volume mid-solo, the Nova Repeater adjusted the threshold on the fly. Cool!

Our initial RPT-1 Nova Repeater test drive was performed with the unit between the guitar and amp (a Rivera 2x12 combo set to Fender Clean) and not placed in the amps effects loop. The fact that this can be done at all is a testament to the versatility of the unit, as some similarly priced delay pedals (such as the Vox Time Machine) only allow for Line Level use in an effects loop. We were impressed at how well the pedal performed in this setting, with zero “tone suck” evident when the pedal was disengaged, no extraneous noise, and no discernable squashing of the delay effect when engaged.

However, while this effect placement may work with a clean amp setting, we do not recommend placing deay pedals in front of a distorted tube amp since the compression will hopelessly squash your delay effect (which was very noticeable when we placed the RPT-1 in front of our old Marshall Super Lead). For hi-gain applications, we found the pedal worked best in the effects loop between the preamp and power amp. In our Mesa/Boogie Dual Rectifier’s effects loop, as expected, the unit worked splendidly despite the copious amounts of gain.

Having a Kill Dry feature in a “basic” delay pedal is almost unheard of, and this made it easy to use the pedal in the effect loop of one of our ENGL amps that featured a parallel loop.

It soon became apparent that the Nova Repeater was simply one of the best sounding delay pedals we have ever had the pleasure of using. It exhibits none of the cold and sterile digital sound commonly associated with digital delay pedals, and perhaps this can be attributed to the myriad of tone shaping controls at your disposal. For example, we wanted to emulate the sound of analog delay, so we simply rolled the Tone knob down and increased the Mod knob a bit. Using that as a starting point, we played around with the other settings until we had a sound that made our licks scream. And scream. And scream.

The Range button gives you a choice of Min/Mid/Max, which controls the delay time in milliseconds — we tended to favor the Mid setting. Type allows you to choose between the various delay types, and we found the Studio setting was probably closest to the pristine, almost too perfect, delay sound so common in other pedals (again, the Tone knob is your friend).

Analog and Tape sounded almost identical, but it sounded like Tape had the added benefit of some clipping at the tail end of the notes. We considered Analog and Tape our favorite delay types overall and, quite frankly, didn’t delve all that much into Reverse or Ping Pong (the latter requiring a stereo set up we didn’t have at our disposal). By simply tweaking these settings by ear, we were left with a rich, atmospheric and highly usable delay effect, perfect for simple soundscape creations, or for playing our favorite David Gilmour and Edge licks.

The RPT-1 is also capable of producing modulation effects via the brand new Mod knob (which also serves as an On/Off switch for those effects), and while we don’t think we will be throwing our standalone chorus or vibrato pedals away anytime soon, the effects produced were more than adequate, and easy to dial in. Turning the modulation pot clockwise gave us more chorus while turning it counter-clockwise added increasing amounts of vibrato.

The Nova Repeater comes packed with a relatively thick user’s manual (as well as a nice TC Electronic sticker for your pedalboard case) but the size of the manual is a bit deceiving. Its girth is due to the fact that it’s printed in multiple languages, and even though we maintain that operation can be successful sans an owner’s manual, we felt it was a little light on content.

The Nova Repeater RPT-1 (MSRP $235) can be found on the street for under $170, which makes it quite the bargain for a pedal so sophisticated and of such high audio quality. 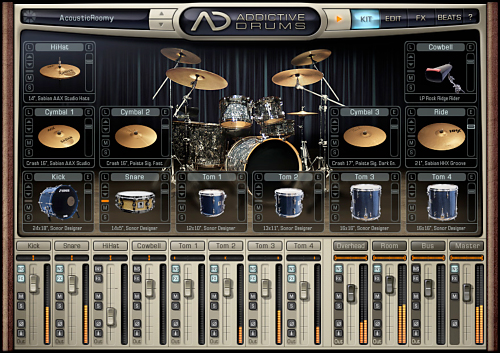