“Hey man, you wouldn’t happen to have a wrench on you? How about a blade? I really need to get this thing fixed before the first song. Oh no, I need a screwdriver, quick!” As working musicians both on the local and national circuits, we’re sure that all of us have run into situations like this, sometimes multiple times a night at the worst possible moments. Since what can go wrong will go wrong, having a set of tools with you on the gig is essential. As if us drummers don’t have enough to worry about at a live gig.

The team at MusicPlayers.com is always interested in discovering new tools that make our musical lives easier, and if you’re the kind of drummer who leans towards accident prone, then the American Recorder Technologies’ Drummer’s Wrench is something you’ll want to keep in your gig bag or on your belt.

The Drummer’s Wrench resembles a Swiss Army knife and features a drum key, ¾” adjustable box wrench, 2” knife blade, 2” saw blade, a slotted screwdriver, a Phillips screwdriver, bottle opener, scissors, and a belt holster. It is made of stainless steal and has a solid, rubber grip. Each of the eight individual components would be handy to have on a gig. For instance, a blade may be useful to cut anything from cable ties to very heavy-duty tape. Loose screws on mic stands or drum hardware can always be a problem and are easily remedied with the right tool. And let’s not forget the most important of the included features: a bottle opener. Sure, this might be one of the more cumbersome bottle openers by design, but the tool might be a great attention getter or icebreaker at the bar. Let’s see the guitar player top this with his little Allen keys!!!

All kidding aside, the standout feature, and thus the part that truly makes this a drummer’s tool, is the tuning key. It’s almost hysterical how many of these get lost by drummers. However, the importance of having at least one around cannot be overstressed. As they seem to have legs of their own, attaching one to a multipurpose tool makes it easier not to misplace. However, because of the bulkiness of the Drummer’s Wrench compared to a standard drum key, it may pose a usability problem when trying to get into tight places where lugs have come loose during the course of a show. We mention this because it has happened all too many times.

We were disappointed with the action on the box wrench, as the adjuster kept getting jammed in a number of different positions.

The Drummer’s Wrench sells for $29.95, which we feel is typical pricing for this sort of utility device.

Overall, The Drummer’s Wrench is great idea that could use a few refinements in its design. Perhaps if the drum key were placed on the end of the tool it could allow for longer/better reach into tight spaces, and if there were any way to add a couple of Allen keys in place of a knife blade, that would enhance its usefulness. Feature requests asside, we’d still rather have this handy tool with us than not. 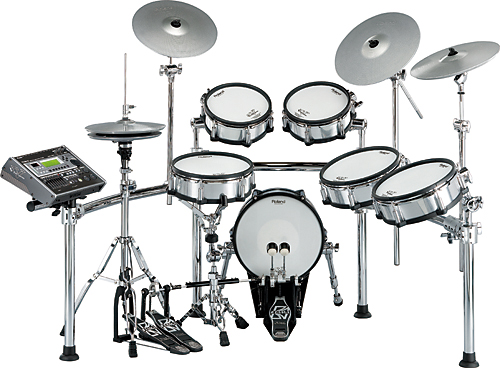