Rob Giles: The Other Dude From Circa Zero

Rob Giles of The Rescues has a familiar sounding voice, presumably because if you watch popular, prime time, network television shows, there’s a fair chance you’ve heard some music from this American, indie rock band. It was this band’s music that caught the ears of legendary The Police guitarist, Andy Summers, who approached Rob after a show to introduce himself. A few weeks later, Andy called Rob to jam, and thus began Circa Zero.

MPc: Very few singers have had the privilege of being in a band with Andy Summers. What was your initial reaction to Andy wanting to work with you?

RG: Well, the reaction of a total freak out was in relation to his just calling to jam. We didn't know we were going to “be in a band.” I was thrilled and nervous at first, but I knew in order to have any success I had to relax and be cool... beca use, ultimately, I knew we both just wanted or hoped to find a peer, a good travel companion. You know? I knew he didn't want some sycophant or someone to worship him. And I wanted to just write a great song with him. Never imagined we would hit it off like we did and ultimately become what we did, though. I basically said “Ok, I am going to freak out that you are Andy Summers for, like, ten seconds, then we are going to get to work!"

MPc: What was the typical writing process like between you two on Circus Hero? Do songs start out with you playing drums and Andy on guitar? Do you start from a lyrical perspective and with a guitar or bass in hand?

RG: We knew we didn't want to bring in previous songs to the project, so we did start from scratch, pretty much. Andy would usually have a simple idea, a lick or a phrase. He was so humble and open minded—made me feel so comfortable and supported—that I would just go to where I felt it: the Roland V-drums, the P-bass, or an acoustic guitar. The rule was simply not to think too much, to feel it. And I had to let myself not be too afraid to tell Andy Summers what to do! Scary. But he's the coolest. We would have a tune shaped out, then the lyric would change the tune slightly, then we would start recording the 90% finished composition.

MPc: You played all the bass and almost all of the drums on the album. Some of your bass lines were decidedly Sting-like. Was that a conscious decision? Was he an influence on your style as you developed your skills?

RG: Are they? Sting-like? Cool. I'm a fan. I didn't think too much about Sting or his bass playing really. I thought about Stewart! Truth is, I played the drums on the record the first time and tried my very hardest not to do anything that sounded to “Stewarty.” And the playing suuuuucked! [laughs] Andy said something along the lines of “Should we get a real drummer in here?” and I got super competitive. I asked for another chance, and played the way I play, Stewart or not. And Andy loved it. So, hi-hat mayhem? Check. Kick drum on the three? Check. But I have always played like that. Just never knew, truly, what a huge influence The Police were on my playing until I was playing with Andy.

MPc: Tell me about the bass gear you used on the album. Did you use an amp? Record straight into a preamp? Any effects on your bass? Please give specifics.

RG: I went straight in. In fact, I played everything the first time—the demos basically—on an old Steinberger that may have belonged to Sting at one point. ‘Cuz it’s funny and fun and light and has this chorus vibe that is such an insta-vibe. But when I tracked one song with a vintage P-bass of Andy's, it just gelled with the track so hard. Andy and I looked at each other and said “That one!” and I replayed everything with the Fender. Haven't put it down since.

MPc: What about your drums and cymbals? What gear did you track with? Any programming, or was it all live drumming?

RG: I have an old Gretsch kit that I bought in… '90? It is a miracle. I have no idea how I even still have this kit, after all these years. But nothing records like it. I have used it on so many records, so many genres, so many studios. It always gets a “Damn, that kit sounds amazing!” reaction. It was all live—no loops or programming. And we didn't do time correcting or tuning of vocals or anything. I tried to be raw, loose, which to the modern ear sometimes can sound awful, but it was the best way for us to get the “band” sound, the live sound we were going for. We really wanted this first record raw. Now the next one... horns and strings and loops and girls and sitar and theramin and…

MPc: Vocals! Did you track all of the harmonies, or did Andy do some of those with you? Who came up with the vocal arrangements? What was your mic and preamp of choice?

RG: I did all the harmonies, but I insisted Andy sing on “Underground” doubled with me. I think he got beat up pretty bad by He Who Won't Be Mentioned in that other band and… well, he's quite good. He just isn't comfy being the front man, but the dude can hit a note. I used the Neumann U-47 / Grace 801 preamp, which would usually be too warm or thick for my voice, but the truth is my voice was quite injured while singing this album. I went to the doctor, thought I was in serious trouble. Seems to have improved a bit since then, but to say i did the vocals in one or two takes isn't all braggadocious, but I simply couldn't sing more than twice or I was shot. Maybe harmonies. But I could not sing for more than thrity minutes or so. Sucked, actually. Hopefully will be easier next record.

Andy allowed me, though we wrote the lyrics pretty much together (except “Hear The Rain” which was all him), to sing whatever I wanted to. I didn't think too much about arrangement; just did the vocal then said “Let's try this or that” and went for it, again, until my voice gave out. He was always game. And I could tell when he liked something. He has a telling grin. 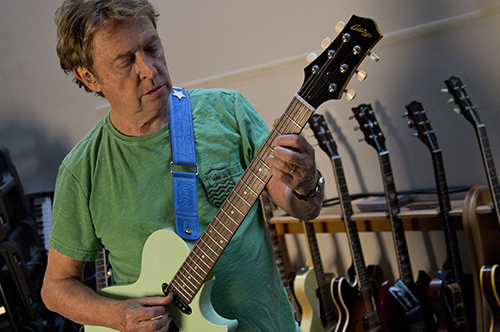 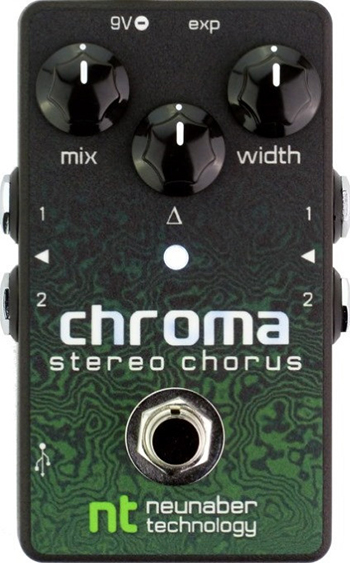