Dream Theater, now touring in celebration of their 20th anniversary and the release of their eighth studio album, appropriately titled, Octavarium, have etched for themselves a very unique place in the tomes of musical history.

For the uninitiated, Dream Theater can be introduced as the favorite sons of modern progressive music and the undisputed standard bearers for the genre. Their virtuosic musicianship, complex song forms and arranging style, frequent use of compound and odd meter, intelligent and often introspective lyrical content, and sometimes epic length songs fulfill all expectations of the demanding genre (no dragons and wizards, but hey…).

Dream Theater have further excelled by taking the genre away from the cliché, upping the ante to include incredible production standards, and appealing to a much wider audience than typical progressive rock artists.

The vintage ES-175 tones of Steve Howe and the fluid melodicism of David Gilmour’s Strat have been replaced with the sick mayhem of John Petrucci’s Mesa/Boogie Dual Rectifier Road Kings and the soulful sustain of his signature guitars through his Mark IIC+’s. The classic analog synth sounds of Rick Wakeman and Rick Wright are now combined with the bleeding edge in samples and modern synthesis via Jordan Rudess’ skilled craft. The incomparable finesse of Neil Peart’s drumming is taken to a more modern and aggressive level of perfection in Mike Portnoy’s own incomparableness. That familiar bright and ever present sound of Chris Squire’s Rickenbacher bass or the driving melodic force of Geddy’s Fender, are now supplanted by the meticulous six string fretwork of John Myung’s signature Yamaha or the synchronous tap dancing of his nimble fingers across the fretboard of his Chapman Stick. And, of course, the voice of James LaBrie… continuously dancing gracefully between breathy intimacy and aggressive, growling angst, all the while with perfect intonation and articulation, now sits prominently where once Jon Anderson had sang of mystical places and Waters, Gilmour, and Wright took us to The Dark Side of the Moon.

This is not to say that Dream Theater have simply carried on where their own influences have left off and merely brought the production standards and sounds into the 21st century. They have created their own unique and indelible mark on the musical charter for all of prog-dom and many of the modern clichés and trademark aspects that the latest generation of bands has incorporated into their own music. Dream Theater have taken their place among the hallowed halls of the legendary bands that once influenced their own development. I can think of few things more rewarding for a band, especially one that is still in full force and at the height of their creativity.

Dream Theater are clearly fueled by an unquenchable fire. Despite this massive list of achievements and the exhaustive schedule that no doubt goes with such an endeavor, they have maintained their humility, a genuine appreciation for their fans, and an intrinsic need to continuously push the limits of their musicianship and songwriting.

MusicPlayers.com recently spoke with some of the members of Dream Theater, and as you’ll soon discover for yourselves (if you didn’t know it already), these guys are truly worthy of the praise and respect serious musicians and fans shower upon them. 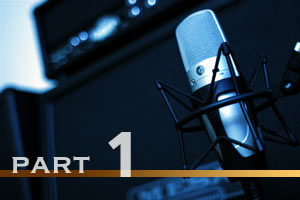 Studio Miking for Electric Guitar: A ...

Matt Pinson, former MusicPlayers.com senior editor, is an accomplished musician and engineer based in the San Francisco Bay area. His production audio engineering talents are used by television networks and motion picture companies, and he consults on equipment and music technology for professional musicians.