In his post-The Police years, Summers mostly stayed away from rock and pop music, recording numerous instrumental albums, working on film scores, and even serving as the house band musical director for the Dennis Miller Show.

Andy Summers has been cited as a major influence for numerous guitarists who have followed in his footsteps—this editor included, so it was a real treat when we learned that he had in fact started a new rock band (and an even bigger treat sitting down to talk with him about the new record)!

We wanted to make a rock album with rock songs.

Circa Zero is a new band featuring the combined talents of Andy Summers and Rob Giles, a multi-instrumentalist who fronts the pop/alt rock band, The Rescues. Their 2014 debut CD, Circus Hero, is a modern classic rock hit in the making. If you haven’t heard it yet, Circa Zero will treat your ears to everything you loved about Summers’s rock guitar playing in The Police, but without ever having to say, “If only there was little more rock vibe” or “I wish Andy was louder in the mix.”

[We also spoke with Rob Giles about working with Summers in Circa Zero. Be sure to check out Rob’s interview when you’re finished here.] 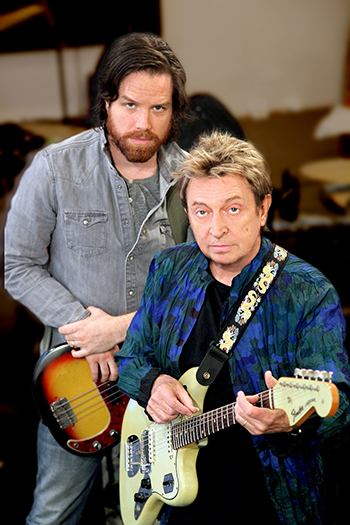 Rob Giles: The Other Dude From Circa ...