Well over a century ago, when New York City’s landscape was starkly different, a young John D’Angelico apprenticed at his uncle’s shop in Little Italy and learned the craft of making fine, handmade musical instruments. In the early 1930s, he opened his own shop in the same neighborhood making very small quantities of handmade, archtop guitars that were to become revered the world over. In his lifetime, he produced a little over 1,100 instruments that all reside in the hands of museums, famous musicians, and high-end collectors.

The D’Angelico brand faded out over time after his untimely death in 1964. Solid-body guitars quickly became the sound of rock and roll, and archtops became the instruments that “those jazz guys” played. Still, more than a handful of rock guitarists wield hollow body guitars in favor of their open sound and rich overtones. In 2011, the D’Angelico name was purchased and under the leadership of its new owners, D’Angelico New York has produced a series of import guitars that keep true to the original designs that players loved.

We were excited to review the EX-SS and we put it through a few very non-traditional situations. We were pretty surprised to discover just how versatile an instrument this is. It’s not just for those jazz guys anymore. This guitar can (and does) rock.

Our EX-SS shipped in a D’Angelico New York-branded box that (surprisingly) was labeled “Made In The USA” though the instrument inside hails from Korea. Have no fear, though. Country of origin is no longer an issue where quality guitars are concerned. You can install CNC routers and Plek machines anywhere, and artisans applying the finishing touches are found the world over. We own many fine instruments from Asia, and our new D’Angelico is no exception.

Unboxing the D’Angelico, we (humorously) ran into our only snag. We had a very sticky latch on the case that actually required a little tech support from Lauren in D’Angelico’s artist relations team. We assumed the case shipped locked, being the stuck latch was the one with the keyhole. But after a few tips, we were up and running and had the case open. These things happen—apparently, even to cases made in America.

It is hard to put into words the visual candy upon opening the case and seeing an instrument of this design. For starters, there is a LOT of gold hardware on this instrument. The stair-step tailpiece, pickups, Tune-o-Matic bridge, and oversized, Grover Imperial Super Rotomatic tuners, were all finished in gold, which lent a lot of class to an already gorgeous aesthetic. The EX-SS is a traditionally laid out, two-humbucker guitar, with a familiar two volume, two tone knob arrangement and three-way selector switch. A very nicely stated, laminated, flamed maple back and top made this single cutaway guitar stand out beautifully. Our test instrument was finished in polyurethane. At 15” scale, this is the smallest guitar in the D’Angelico line. Five-ply binding looked spiffy, rounding out both the top and back of the body. The oversized headstock of our guitar was truly a work of art. It was adorned with the D’Angelico New York script, oversized Grover gold-plated tuners, a mother-of-pearl inlay, and truss rod cover that looked vaguely like an NYC skyscraper.

The two-piece maple/walnut neck was topped with a very nice piece of rosewood. Mother-of-pearl blocks adorned the fretboard, scaled to a short 25”. We are unsure of the nut material, but we experienced no pinging and good tuning stability from the 1 1/16” nut.

We found no fit and finish flaws worthy of note. We did see an ever-so-slight tooling mark and one spot that may have been glue by the nut, but these things were so minor they would not photograph, nor were they noticed immediately. The guitar is nearly perfect right out of the case.

The EX-SS was a pleasure to play from the moment we took it out of the case. It felt quite rugged and durable in our hands. The guitar had surprisingly good weight, at just a little under seven pounds. Taking the guitar out of its case, we noticed that it is considerably larger than your standard single-cut, solid-body guitar, but quite a bit smaller than typical hollow bodies. Like any other decent guitar, it was as simple as plug and play.

The forward strap button was placed on the back of the instrument as opposed to the side. We have played instruments like this many times before, however, we prefer our straps to sit consistently sideways and even.

The made-for-D’Angelico strings felt slick and appropriate. They were a little bit heavier than we are used to playing on our shreddier guitars, but for the intended market, it was a good compromise weight. This instrument with these strings would function well in both a jazz or a rock setting. The cutaway allowed us comfortable upper access all the way to the 22nd fret. The guitar easily played as comfortable as any solid-body we have reviewed. Playing every note on the guitar revealed no dead spots, uneven frets, or other less-than-professional anomalies.

The factory setup was surprisingly low. We were happy with that, and based on the guitar’s ease of playability, we took an unproven instrument on stage within hours of opening the case.

Aside from the gorgeous look of the Grover Imperial Super Rotomatic tuners, they functioned perfectly and held our test instrument fairly in tune. We went back and forth between standard and half-step-down tuning many times, and holding pitch was never a problem. Slight nudges needed to be made, but that is fair and to be expected.

The overall size of the instrument is a blessing for the hollow-body player as it is smaller than typical, but it may take a little getting used to for the solid-body guitarist. We feel it’s an excellent first or additional hollow- or semi-hollow- body guitar for the player who needs one in his collection and who plays many kinds of music. Not to say it wouldn’t make an excellent jazz guitar, but it seems perfectly suited to blow the roof off your rock gig just fine, too! Its slightly smaller size and dual-humbucker setup makes it a perfect secret weapon of sorts. Our first sound test was… unplugged. We universally agree that a guitar with f holes needs to sound great unplugged first, and this D’Angelico EX-SS did. We discovered another use for the guitar, being somewhat in between an acoustic and an electric: it makes a perfect instrument to grab and go when you want to hone your electric chops un-amped. The guitar projected wonderfully through the body of the instrument, and the resonance was pleasing to the touch as well as the ears. The guitar was built in a way that seemed to have a natural resonance to it. We’d like to think the original D’Angelico instruments performed the same way, and this is one of the reasons why they’re so coveted. Our unamplified sound was rich, and had great tone and sustain.

Our next sound test took place a few hours later at a local bar gig. We had a standard fare set of ‘80s material and we figured that our test guitar would either sink or swim in front of the crowd. No pressure, right?! We plugged into a Line 6 G50 wireless receiver running into a Friedman SS100 with a Friedman 4x12 cab. We keep a healthy amount of amp gain dialed in, and we expected disaster in the feedback department. We were fully prepared to dial back the gain and use one of many overdrive pedals on our pedalboard to compensate as needed.

We didn’t have to. Even with the gain dimed out on a fire-breathing, high gain 100W monster, feedback was not a big problem for us. Yes, we needed to be aware of the nature of the instrument and the amount of gain dialed in, but the volume knob alone on the guitar took care of that issue.

We loved the sound of the two Kent Armstrong Humbuckers, which were actually a little bit ruder than we anticipated (in a good way). The pickups sang wonderfully through this configuration and dialed back to clean up the tone nicely. The instrument did lose a little something when we dialed it back, but we were uncertain if it was this set of pickups or the nature of the hollow-body guitar itself. It was no great cause for concern, and our whole purpose for the hollow-body was to provide sonic contrast to our solid-body electrics.

After the first song, we chose to continue playing our set list with some rather inappropriate hollow-body material. We were surprised to hear our test instrument perform wonderfully over hard rock songs. There is no reason whatsoever to not shred on a hollow-body guitar, and we proved it. Our crowd loved it, too! We enjoyed the open, airy contrast to our solid-body guitars on stage that night and the inherent frequency attenuation differences between the two.

Continuing on that evening, we gave the guitar a nice, pop ballad, complete with clean tones. Combined with the airy, open sound of the D’Angelico, our Neunaber Chroma Chorus seemed to come to life a bit more than normal. The D’Angelico definitely added another dimension to our glassy cleans. Syncopated comping on the guitar definitely had a nice, funky pop to it as well D’Angelico warranties their guitars for one year, which is pretty standard. We received a guitar, a key for the case, and a switch tip. But there were no care instructions nor warranty info included with the instrument. We have word that these materials are forthcoming.

Emails to tech support were answered in a timely fashion and they satisfactorily answered all the questions we had. D’Angelico also has one of the nicest showrooms we have visited, right in the heart of midtown Manhattan, complete with a fully equipped stage.

The D’Angelico EX-SS (MSRP $2,629) sells for approximately $1,700. You can certainly find semi-hollow-body guitars for less, but not nearly as gorgeous as these instruments. Given you can easily spend twice as much on a less exciting archtop guitar, the EX-SS presents a good value. Whether you’re a jazz player or a rocker looking to add some special pizazz to your collection of dull and lifeless solid-bodies, the new D’Angelico guitars are definitely worth checking out 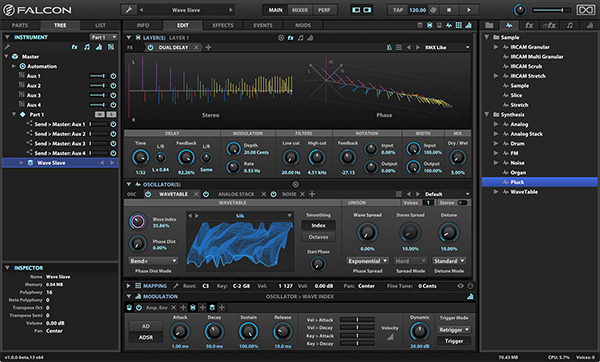 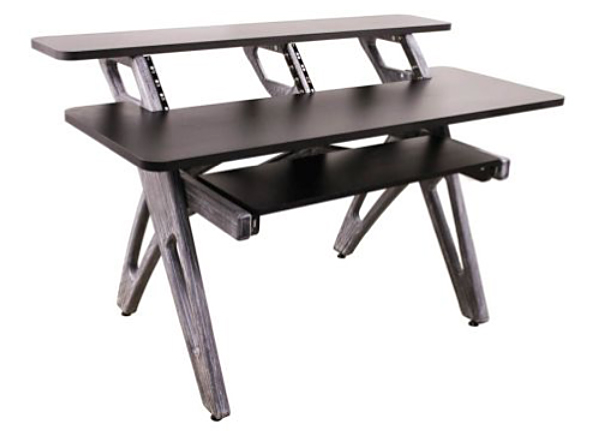