Wireless technology has come a long way in a very short time. Over the past three to four years, manufacturers have invested significantly in the development of digital wireless systems, and today there is no reason we would purposely play a stringed instrument through an analog system. Today’s digital wireless systems feature high-resolution analog-to-digital converters that leave our tone and our dynamics intact.

Audio-Technica’s latest entry in the digital wireless arena, System 10, sounds great, is super easy to operate, and comes at a ridiculously affordable price point. But the design limits the product’s appeal. While it sounds good enough for a pro musician to ditch their instrument cable, System 10 only has a range of 100 feet, and it can’t be rack mounted. Of course, most rackable digital wireless systems cost significantly more, so if you want great sound on a bargain budget, System 10 may still be a good choice.

The ATW-1101/G system includes the ATW-R1100 receiver, ATW-T1001 UniPak transmitter, and AT-GcW guitar/instrument cable. It operates in the 2.4 GHz range, so there are no issues related to white spaces or the 700 MHz frequency spectrum (to learn more about those issues, read this special report, but keep in mind that new products like this have been engineered to not have to deal with the problems facing older, analog wireless systems).

One of the great benefits of digital wireless systems is the extended frequency response. The ATW-1101/G system features 20 Hz to 20 kHz coverage and more than 109 dB of dynamic range, making the system equally at home in bass rigs as it is in guitar rigs.

The ATW-R1100 receiver is housed in a small plastic case (stackable if your only interest is a permanent installation), but despite the apparent half-rack size—it’s actually just a touch more than half, and there is no rack-mounting kit available for the product. The receiver has a pair of front-mounted antennas used for spatial diversity in the reception. Frequency diversity receives the signal on two different frequencies, and time diversity sends those signals slightly offset from each other to ensure a lack of drop-outs. Up to eight channels can be operated at a time, so you can outfit multiple performers in a band with this system (and mix/match instrument systems with microphone systems). There are no options for changing antenna placement.

The feature set is very straightforward, with the receiver housing minimal controls for pairing, unit identification (in case you have multiple units), and clipping on the front, while the rear features both balanced (XLR) and ¼” unbalanced outputs, along with a level control.

The ATW-T1101 UniPak runs on a pair of AA batteries, and typical operating range is up to 30 meters (98 feet). Inside the UniPak is a small plastic screwdriver, handy for adjusting the internal trim pot so that your guitar with the extra-hot pickups doesn’t clip the audio signal.

Basic operation of our ATW-1101/G system was as straightforward as could be hoped for — just a handful of connections and we were up and running. The nicely designed wall wart didn’t take space away from adjacent devices connected to our power conditioner.

The bodypack transmitter connected to our instruments with a proprietary cable supplied in the package. It’s a standard ¼” instrument jack at one end, while the end that attaches to the transmitter/body pack on our guitar strap has a proprietary four-connector, twist-lock connector. Regrettably, this cable differs from the familiar TA4F TQG connector found on wireless units from Shure and Line 6, an important detail if you want to get upgraded, pro-spec cables and spares for you and your bandmates.

Pairing the transmitter and the receiver couldn’t be easier—but they come paired from the factory, so setup was a simple plug-and-play affair. That said, if you need to select another System ID (using multiple units, for example), it’s a simple 30-second process to complete.

We tested the system in the studio and at some live gigs, and in locations with multiple wireless systems in use from many of the other big names in wireless. We never experienced dropouts or pairing issues.

There’s one design flaw, however, that makes us unable to recommend using this product in a pro-level guitar or bass rig (ignoring budgetary concerns): the lack of rack ears for this device. It’s tabletop only (or more accurately, stick it on top of your amp), which is a real disappointment because the unit is otherwise great sounding (more on that later) and simple to use, all at a great price point. Carrying the ATW-1101/G in a gig bag with its wall wart limits the use to non-gigging guitar applications. Any pro running a wireless guitar or bass rig has their receiver rack mounted or has a compact unit on their pedalboard. This is not gig ready unless you want to Velcro it to a rack shelf, but then you’re kissing away more than a single rack space.

We tested the ATW-1101/G system with an electric bass guitar rig, an electric-acoustic guitar rig, and we even used it on a Piezo-equipped electric guitar, three scenarios sure to push the system’s audio quality to its limits.

As with other recent digital wireless products we’ve reviewed, the System 10 wireless system sounded fantastic, and nobody could tell our tone apart from a wired instrument. We ran multiple basses through the system including a vintage Rickenbacker with passive pickups, a Steinberger USA model with active EMG pickups, and more, and the results were fantastic. It sounded and felt every bit as good as playing with a cable.

We ran a Takamine acoustic-electric guitar (with on-board electronics) through the System 10 and again, we lost nothing of our tone or feel. Unlike analog wireless systems that use companding technology to compress and decompress the audio signal before transmitting, digital systems utilize analog-to-digital conversion at high rates: 24-bit/48k, and apply no compression to the analog signal at all. The results have forced us to move on from analog systems completely.

Finally, we used the system with a Music Man JPXI electric guitar in our studio, and whether running the magnetic pickup output or the Piezo acoustic output through the System 10, we were always extremely satisfied with the sound and the feel.

The instruction manual for the ATW-1101/G was concise and easy-to-follow. In just a few pages it fully explained how to configure the various settings for System ID, levels, and transmitter pairing.

If you don’t need to worry about building a gig-ready rig and just want wireless convenience in your rehearsal studio, we can recommend this system easily. But if you’re looking for a system that integrates into a pro rig, unless you’ve got rack shelf space for it (in the front of the rack), you’ll need to look elsewhere. 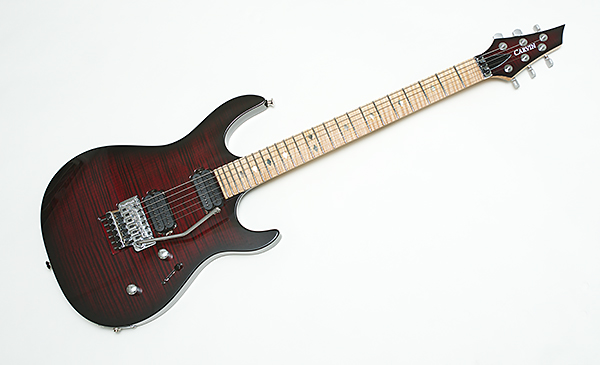