The versatile reference-class converter features a host of devices in one, including a high-quality double headphone amplifier for audio engineers and home recordists alike

New York, NY – October 16, 2018 – RME Audio, [AES New York 2018 Booth 414], German manufacturer of digital audio solutions for the professional and HiFi sector, has announced that it will showcase its new ADI-2 Pro FS converter during AES New York 2018. The ADI-2 Pro FS is a versatile 2-in/4-out professional studio-quality AD/DA converter that can be used as a USB audio interface, a double headphone amplifier, a high-end AD/DA frontend and headphone amp for iOS devices, a multi-format converter (AES, SPDIF, ADAT) with monitoring function, a DSD record and playback solution, and an AD/DA frontend for audio measurement up to 768 kHZ sample rate.

“The ADI-2 Pro FS is the most flexible converter available on the market,” said Derek Badala, Director of Sales for the Americas for Synthax, RME’s US distributor. “Audio engineers and audiophiles alike will find its pristine audio quality ideal for a wide range of applications for those recording in studios, at home or on the go for mobile applications.” 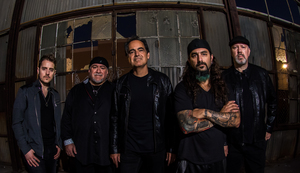