VIEW THE 'MAKING OF' VIDEO HERE

"Nearly five decades after Jean-Michel Jarre broke through boundaries in electronica and influenced an entire generation, the innovator is showing no end to his creative flow." - Dancing Astronaut

Exactly 40 years ago, pioneering electronic music producer JEAN-MICHEL JARRE released EQUINOXE, a monumental instrumental concept album with an equally impressive cult visual design by Michel Granger. Today, November 16, he returns with EQUINOXE INFINITY (Astralwerks) which builds upon the legacy of the album. "Equinoxe on steroids," says JARRE of the album.

The idea behind Equinoxe Infinity is very much driven by humanity using new technologies such as artificial intelligence and what will become of human mankind by doing so--and for the first time, JARRE chose the cover artwork as the starting point for the creative process.

View the 'making of' video for the album here:
https://www.youtube.com/watch?v=pxs06JL19Jk

"The 'Watchers' on the EQUINOXE cover have always fascinated me," states JARRE. "I thought about what might have happened to these creatures in the four decades that have passed. I asked myself too what might happen to them in the 40 years to come. So, I started developing ideas for the artwork of the new album even before starting the recording sessions. I came across an artist called Filip Hodas on Instagram and asked him if he would be interested in designing two cover versions based on my vision for the record."

With this in mind, EQUINOXE INFINITY is available with two different covers. One symbolizes a timeless green and blue friendly environment. The other one hints at a future where Earth is irreparably tarnished by both humans and machines. "EQUINOXE INFINITY is conceived as the soundtrack for both scenarios," says Jarre.

When JARRE was honored with the Stephen Hawking Medal for Science Communication in 2017, Professor Hawking shared with him that he believed that there will come a time when we will be forced to relocate to another planet if we want to survive as a species.

After half a century at the forefront of the worldwide electronic music scene, JARRE has integrated many of his signature sounds in EQUINOXE INFINITY. He has mixed them with new electronic dialogue formats and rhythmic patterns to create a poetic vision of the future: the overwhelming beauty of the track "If The Wind Could Speak" belies the stereotype of electronic music as robotic and cold. "Robots Don't Cry" sounds like a monumental electronic ecstasy, where new ways of sound editing meet the pulse of the past. The Mellotron-one of the oldest electromechanical instruments-gives the song a kind of futuristic nostalgia. "Infinity" evolves around a great strong musical motif that is sometimes reminiscent of "Equinoxe Part 5" from 40 years ago with a contemporary production. "The Opening" is probably the most epic track of the album.

"Don't Look Back" builds on the well-established sounds of classical string arrangements, which have been twisted, turned and processed in the most original and surprising ways. "Equinoxe Infinity," the last movement of the album, is a true masterpiece. Countless samples and sounds merge into an ecosystem of sounds; a galaxy of contrasting elements that Jarre concedes to infinity. To a future that might some day signal back to us whether the "Watchers" are our friends or enemies. EQUINOXE INFINITY is a glance into two possible futures, one that may be empathetic, evolved and exciting, and another being darker and dystopian.

Each version of the album is released on Digipack CD, Standard CD and vinyl while the Ultimate Project Boxset holds both the original EQUINOXE album and new EQUINOXE INFINITY on Replica Vinyl CDs, 180g heavyweight Vinyl, Scratchcard for download and posters with all new stunning images of the project. 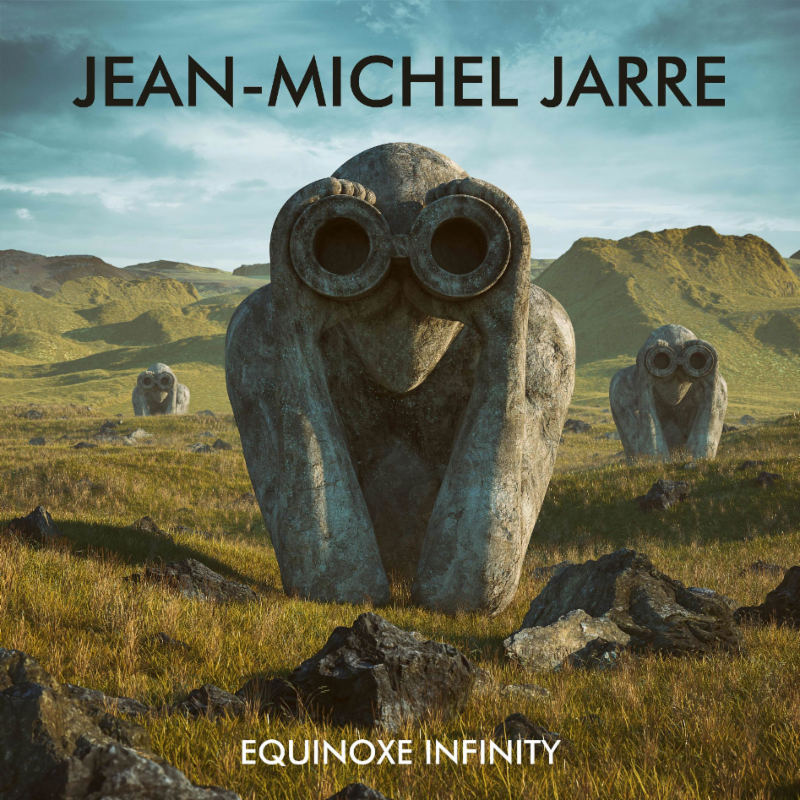 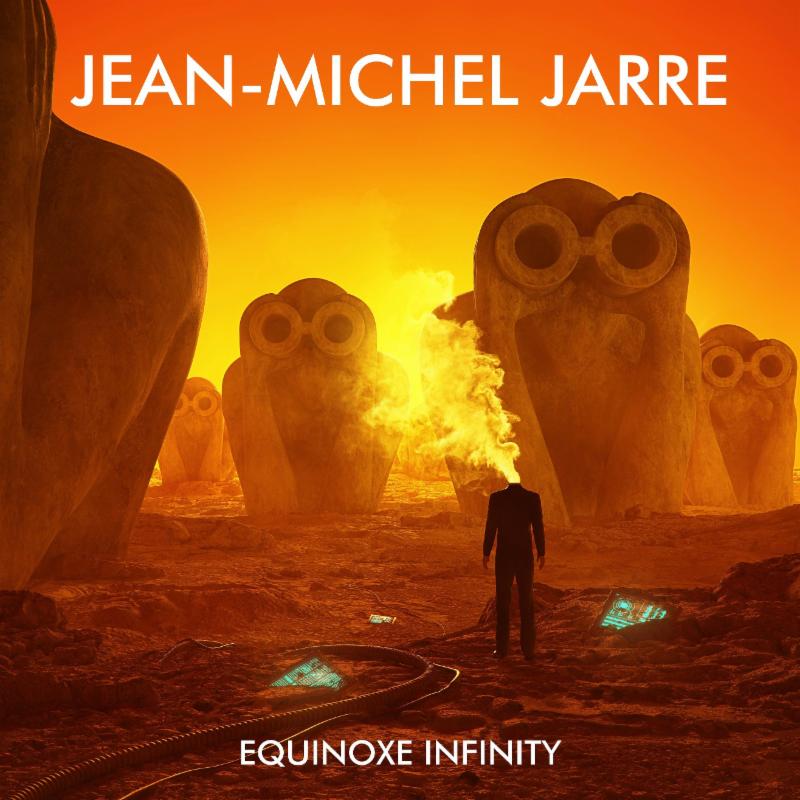 About JEAN-MICHEL JARRE:
JEAN-MICHEL JARRE has been one of the pioneering forces throughout the electronic music scene over the last five decades, having originally made his name in the 1970s for his critically acclaimed album OXYGENE. OXYGENE was unmistakably a catalyst that set electronic music well on its way to becoming the behemoth that it is today, with JEAN-MICHEL's music and follow through albums (Equinoxe, Magnetic Fields, Rendez-Vous, Chronology...) breaking down boundaries of composing and production paving the path for what has become today the most popular genre of music of all time. With over 80 million albums sold worldwide to date, musicians and contemporary DJs often refer to JARRE's influence and innovation, not only for his music but also for his singular vision and creation of outdoor concerts experience. JEAN-MICHEL JARRE's legendary concerts have attracted Guinness Record-breaking audiences, with his live shows, often, if not always, taking place in some of the most extraordinary settings worldwide. He was the first western musician ever to be invited to perform in post-Mao China, and has also played the likes of the Great Pyramids in Egypt, The Sahara Desert and The Eiffel Tower, in addition to perhaps his most famous performance ever, where he played to a record 3.5 million people in Moscow. All in all, JARRE has held Guinness World Records for the largest live audiences over the continents notwithstanding his memorable one-off city-scale concert in Houston in 1986 for NASA's 25thAnniversary and in a moving commemoration of the Challenger Mission to which over 1.3 million people gathered to share this groundbreaking show at the foot of Houston's skyline. In 2017-18, JARRE toured the U.S. for the first time in his career and made his American festival debut at Coachella to great critical acclaim.

JEAN-MICHEL JARRE is synonymous with the legendary as he continues to break new ground with each piece of music and live performance. 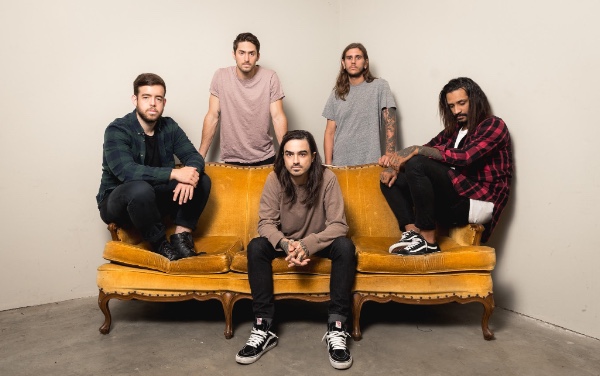 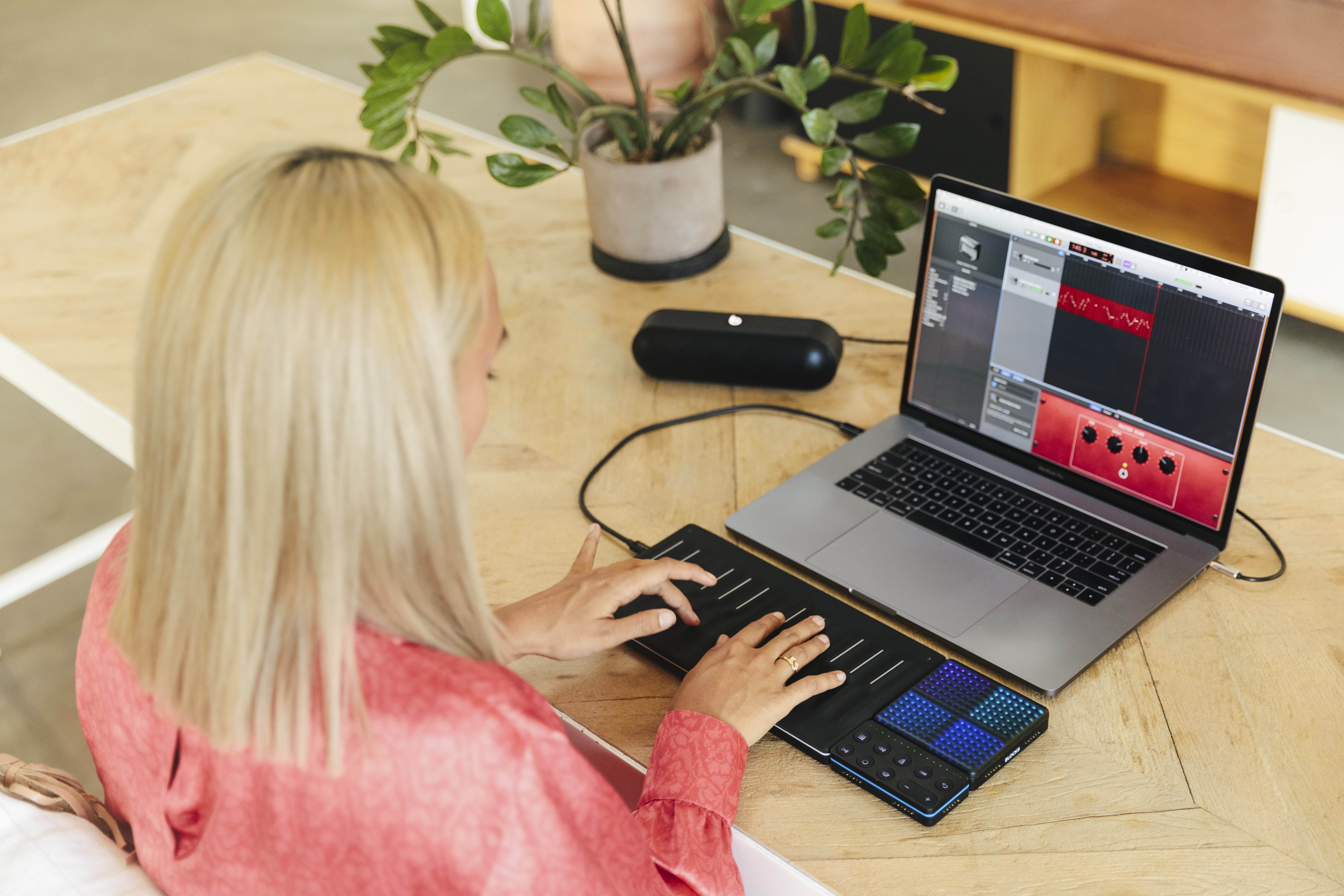