SUCCESSOR STEREO BUS COMPRESSOR, missing link like no other, announced by Heritage Audio 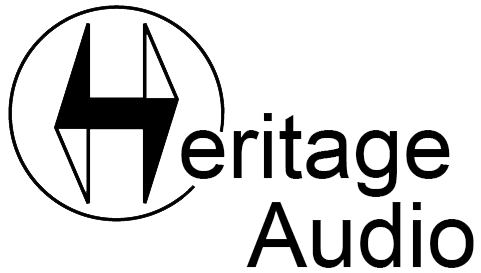 MADRID, SPAIN: Having made sizeable (sound) waves when bringing its innovative RAM System range of monitor- controlling solutions pioneering Bluetooth audio streaming, plus premium processing, excellence-exhibiting ELITE SERIES mic preamps to market in 2018, European pro audio manufacturer Heritage Audio aims to repeat its successes several times over during the course of 2019, starting with an announcement of the upcoming SUCCESSOR STEREO BUS COMPRESSOR — a new stereo bus compressor like no other on the market — as of January 22…

What better way to make a formal introduction, then, than with Heritage Audio CEO Peter Rodriguez’s rallying call, centred around a bold opening statement: “SUCCESSOR is the missing link between your separate tracks and a full and round-sounding hit, allowing vocals to shine through without muddying the backing track.”

That being boldly said, why settle for sterile VCAs (Voltage Controlled Amplifiers) in mix or instrument bus applications now that the SUCCESSOR STEREO BUS COMPRESSOR — to give it its full and apt appellation — will soon be on the market?

Meanwhile, back to the man with a successful SUCCESSOR STEREO BUS COMPRESSOR-centred plan, Peter Rodriguez: “Feel how your separate tracks interact and blend together in a way that’s not possible when master bus compression duties are relegated to the mastering stage.”

So what’s the thinking behind the SUCCESSOR STEREO BUS COMPRESSOR, then? Traditionally, bus compression has been taken care of by VCA-style devices, based on ICs (integrated circuits), which are wholly unrelated to the warmth, fatness, and character associated with discrete Class A technology trading on chunky transformers and diode bridge-based gain reduction. Results show that the SUCCESSOR STEREO BUS COMPRESSOR can capably deliver on all of those attributes and then some.

“Snare drums can be more present, and the stereo image widens as there is more natural room for tracks to breathe; vocals stand out in the mix without being overwhelming or muddying guitars or other instruments.” So says Peter Rodriguez. And he should surely know.

Fortunately for the discerning, diode bridge-based bus compression excels at bringing about 2nd order harmonic distortion characteristics and true vintage tone while eliminating nasty odd harmonic content. Clearly, by being based on legendary vintage diode bridge designs, the SUCCESSOR STEREO BUS COMPRESSOR keeps the sonic character of such units alive, albeit adding new features into a pleasingly-musical mix, making for a very different animal in its own right — one which will make mixes shine in modern production environments. Ultimately, ultra-fast ATTACK and RELEASE control times that are not present in vintage designs allow for far more flexible settings, such as FET-like sounds and volume maximising without transient artefacts.

Are there any additional noteworthy features to be found on the soon-to-be-market-leading SUCCESSOR STEREO BUS COMPRESSOR? Why, of course! Complex sidechain filtering options, which work well with already commonplace high-pass filters to introduce mid-band peak filters and high-frequency compression to allow bus correction that was not previously possible — ultimately, users can tailor their mixes in ways not previously possible, in other words; SIDECHAIN L and SIDECHAIN R SEND and RETURN connections, allowing for external sidechain signals or further external processing of the internal one; BLEND control (with dedicated ON/OFF button allowing for instant comparison between WET and DRY signals), offering built-in parallel compression with no external equipment required; and, last but not least... true stereo operation on single controls with matched gain cells for extremely precise left/right tracking and almost zero offset between channels — compression tracking works in ‘Oxford’ mode, meaning that the highest signal takes over compression as opposed to summing the left and right channels.

From FET-like, all-buttons-in drum sounds — now in stereo! — to VCA-style mix bus compression with the added warmth and fatness that only transformers can bring to the table, the SUCCESSOR STEREO BUS COMPRESSOR literally lives up to its notable name. After all, it is designed to stay hooked up to the mix bus and make mixes shine forth for all to hear, so making mixes a success is the name of the (Heritage Audio) game (plan)!

The SUCCESSOR STEREO BUS COMPRESSOR will be available by the end of Q1 via Heritage Audio’s growing global network of dealers (https://www.heritageaudio.net/where-to-buy/) with an MSRP of €1,299.00 EUR (excluding VAT) and MAP of $1,499.00 USD.

Heritage Audio is a European pro audio manufacturer based in Madrid, Spain. Founded in 2011 by Peter Rodriguez, a sound engineer and producer with extensive experience in the music industry, its aim is true: to bring back the philosophy of the golden age of recording and adapt it to the needs of 21st Century studios while contributing to transitioning music into a new era in the process.The company’s canon covers all analogue signal processing bases.All its products are designed and manufactured in Spain and available in over 36 countries worldwide. 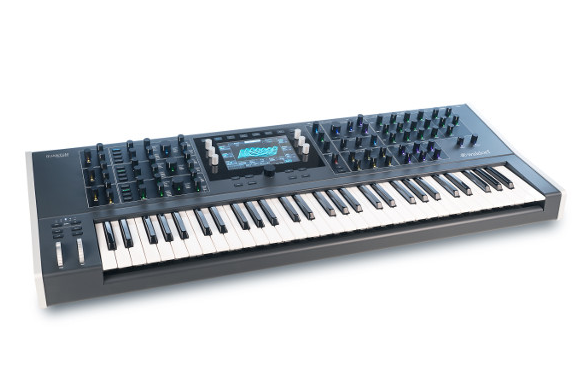