If you are a rock fan and live nearby Wappingers Falls, New York, then Saturday, June 29th is a date you will want to leave open - it is the day that the 2019 edition of the Tail Winds Music Fest will take place at Hudson Valley Regional Airport. The all-day event will feature headliner Chris Robinson Brotherhood, with additional sets by the likes of Black Stone Cherry, Geoff Tate’s Operation: Mindcrime, King’s X, and Sass Jordan.

General admission tickets are priced at $65, and a VIP experience is also available for $165 (tickets for kids twelve years of age and under will be $25) - very affordable prices indeed for such renowned rock acts. Tickets are available for purchase via tailwindsmusicfest.com.

And the artists are very much looking forward to rocking that day, as recently told to Chris Alo from More Sugar Music Magazine... 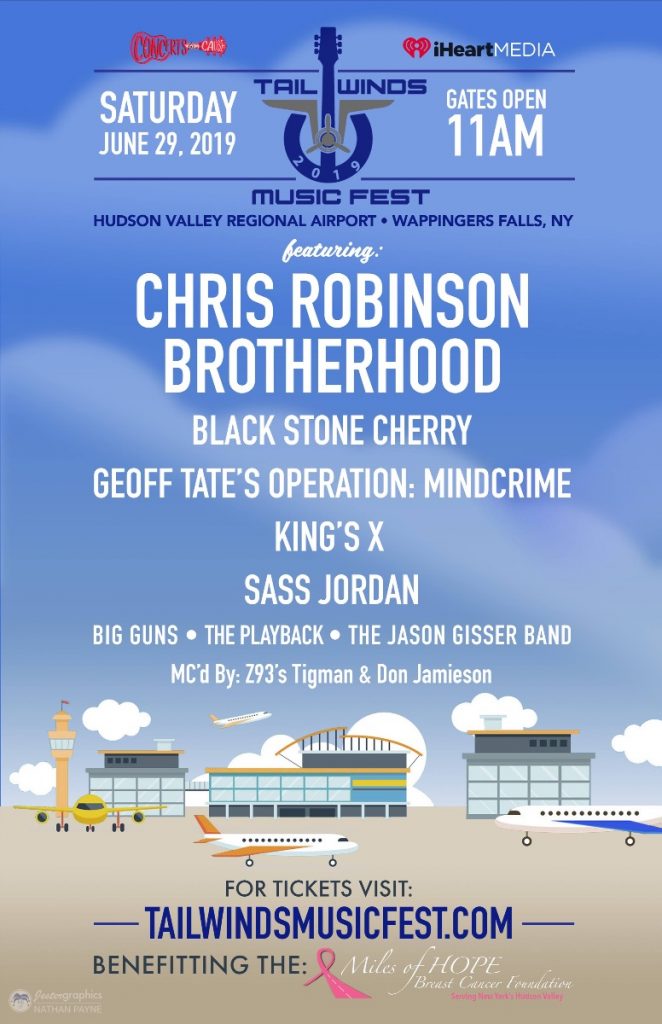 CHRIS ROBERTSON (BLACK STONE CHERRY)Man, two bands I have always wanted to see my whole life was Kings X and The Black Crowes. To be on the bill and sandwiched between Kings X and The Chris Robinson Brotherhood is just amazing. Kings X, they are one of the greatest groove rock and roll bands of all time, in my opinion. They have just a massive sound, what they get out of three people is just amazing. I am a huge fan of Chris Robinson and just everything that he has done. It’s awesome and overwhelming to be on the bill with such amazing artists. We are just excited to be coming up to play this festival. We are excited about playing with some artists that we have never got the chance to play with before. We hope everyone at the festival accepts us and has a great time.

SASS JORDANSome of my old buddies in Geoff Tate’s Operation Mindcrime are playing the Tailwinds Music Festival. I haven’t seen them since I toured with them in 2014. I’ve met Chris Robinson before and I know Doug from Kings X, but I haven’t seen him in about a thousand years. I’m really looking forward to this show, I think it’s an awesome cause and I think it will be just a great show. I do hope that a lot of people come out to the show and that everyone can hang out and that we have a fantastic party. That’s what it’s all about, we are there to celebrate life. I’m assuming I will be on first because I’m the least famous of the lot, I think. So, I will be on early and then I’m going to watch the rest of the show, so then I can have a few drinks with everyone.

GEOFF TATEI'm definitely looking forward to the show, I haven't seen Sass Jordan since she toured with us and sang on "Suite Sister Mary". I know King’s X for sure and I haven’t done a show with Chris Robinson in a long time. Queensryche did a big Monsters of Rock show in Europe with AC/DC and Metallica, Black Crowes was the opening band. I haven't seen him since then.

JERRY GASKILL (KING’S X)Oh yeah, I am looking forward to it. I always look forward to doing festivals and playing new things like that. It will be our first weekend after we record our new album. Really? Wow, I really would have never guessed that [concerning Chris Robertson’s admiration of King’s X], I like those guys too. I'm always honored by that sort of thing. It's a beautiful thing to think that people that I look up to could turn around and look up to me as well. It's a pretty great thing to be a part of. I don't think we have ever done a show with any of these other artists. Sass Jordan has covered one of our songs. There's a video somewhere of her playing "Summerland". I have done a few cruises with Geoff Tate, just him, not the whole band. That's always fun.

Hosted by CM-MC Festivals, Inc., the Tail Winds Music Fest is presented by iHeartMedia and Z93FM at the Hudson Valley Regional Airport located at 263 New Hackensack Road in Wappingers Falls, New York. The impressive 40’ main stage sits alongside the runway, and will feature additional performances by Big Guns, The PlayBack and Jason Gisser Band, with gates opening at 11 am.
There will also be a variety of food trucks, craft beer breweries (as well as other beverage vendors), sponsor displays, tent alley, helicopter rides, mobile lockers, vendors and activities for all attendees to take part throughout the day such as cornhole. An exciting addition like no other is the Exclusive VIP Experience, which includes a one-of-a-kind hospitality lounge, world renowned all you can eat buffet and a VIP private viewing area. 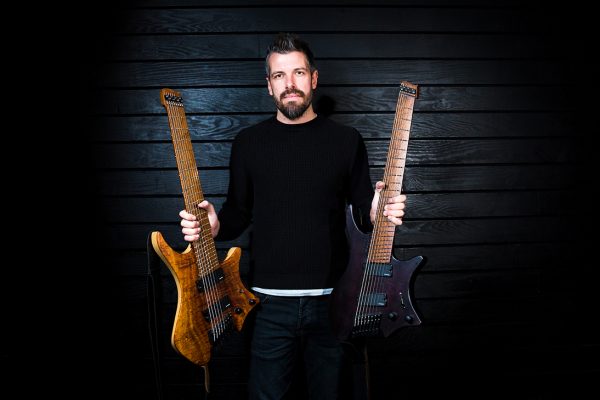 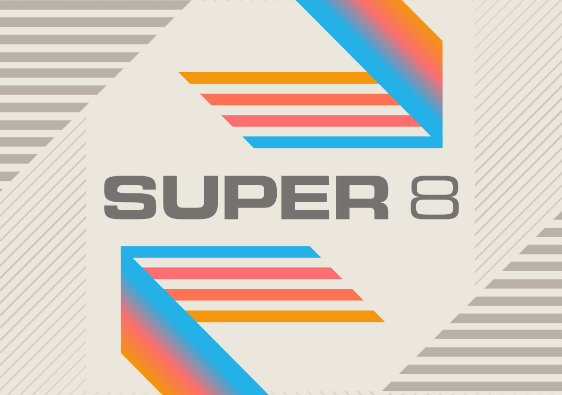 SUPER 8 introduced by Native Instruments, a ...