We have been reviewing Modartt’s Pianoteq since its release almost seven years ago, and what started out as a basic, but innovative, piano plug-in has grown in quality as well as function with each subsequent release.

Using modeling technology as opposed to a huge sample library to create piano sounds, Pianoteq delivers authentic piano sounds while only taking up a tiny sliver of storage space, handy if you dread the thought of committing half of your laptop’s SSD storage to big piano samples.

Pianoteq has evolved to include a variety of additional instruments, but most importantly, the pianos themselves have been upgraded over the years to the point where we think they now stand up to the finest sampled alternatives. We have always marveled at Pianoteq’s technology, and now we can marvel at the sound, too!

For a more in-depth overview of the program’s operation and its sound editing features, see our review of Pianoteq version 4 here. This review will focus on the updates and changes introduced in version 5 (tested version 5.1.1) since basic functionality is largely unchanged. Pianoteq remains simple and straightforward (which is a good thing, to be clear).

Modartt has always been committed to refining their piano sound quality, and this upgrade is no different. In particular, this newly-refined piano modeling engine is applied to the previously-existing grand pianos: the D4, Blüthner Model 1, YC5 Rock Piano, and the upright piano U4. A new piano has also been introduced in Pianoteq 5, the K2, which combines elements of several source pianos. Modeled after a 211cm (6' 11”) cabinet, the goal was to strike a balance between warmth and brilliance. The K2 (and D4) piano offer an extended range beyond 88 keys: 105 keys, for an 8 2/3-octave span, which would probably be a bit challenging to construct in a real acoustic piano.

Also available are the The Kremsegg Collections, which are historical instruments that were meticulously modeled, created in collaboration with the Kremsegg Schloss Museum in Austria, where the original instruments are displayed. The instruments date from the 18th Century to the late 19th Century and include a variety of pianofortes and grand pianos.

As with previous releases, there are both free (KiViR historical instruments) instruments and purchasable ones (i.e., electric pianos including Rhodes and Wurlitzer models). Pianoteq has several effects you can use to color your sound: tremolo, wah-wah, compressor, delay, flanger, chorus, compressor, and amp. While there is a good “overdriven amp” effect available, we still wish there was a dedicated distortion or overdrive effect, particularly useful on the electromechanical piano models.

Perhaps one of the coolest new features of Pianoteq 5 in the Standard and Pro editions is the ability to manipulate modeled microphones (the Pro edition also adds up to 192 kHz audio resolution). Fifteen microphones from well-known brands are modeled (i.e., Newman U87), and the microphones can be rotated in all three dimensions and attached together for their positioning, and they even offer control over polarity. We were a little skeptical at first, but after experimenting a bit, adjusting mics and their placement (up to five) can make a noticeable difference in the sound of the piano—in a good way. This is graphically represented, as shown below: Pianoteq 5 supports all of the popular plug-in formats including Audio Units, VST, RTAS, and AAX.

Given today’s multi-gigabyte sample libraries, we are still amazed at Pianoteq’s small footprint: it takes less than 40MB for the complete download! Even with the optional piano add-ons, it’s still compact. We used it in both standalone mode and as a plug-in in Pro Tools 10 on an old Mac Pro. Despite the older hardware, we did not have any issues with installing or using the software.

Previous users of Pianoteq should have no problems navigating around, as the GUI is essentially the same, with pull down menus and items generally well labeled. Again, we encourage a look at our previous Pianoteq reviews (see above) for more specific details.

One might make the argument that the mic placement graphic could be a little nicer—it’s basically a black background with the mic and piano outlined in blue—but it was still easy to use. Select your mic, drag it to where you want in the graphic representation, adjust the rotation of the mic, and you can hear a difference in the sound corresponding to your efforts. This same graphic is also used to adjust the piano lid placement (i.e., how open it is).

As we have said many times before, pianos come in many shapes and sizes, and thus no two sound exactly alike. This is where Pianoteq excels, and in previous versions, occasionally failed—but not so anymore. This is truly the best sounding Pianoteq version yet, and it can really hold its own against the big sampled alternatives that we make regular use of in the studio. Early Pianoteq versions sometimes lacked a certain bass presence, or a treble shimmer, struggling to put together a “complete” piano that sounded great across the entire range from top to bottom. This has gotten better with each version, and while the previous versions were good, version 5 really has some great sounding acoustic pianos.

The new K2 piano is really nice, and definitely has some body to it. Rich bass, and a nice high end. The one small thing we noticed was that the very high notes seem to have slightly more sustain than the lower notes, and this seemed to be present across all models. This, of course, is a matter of taste, though, and can be edited.

We found many of the pianos on the bright side by default, but adjusting the microphone placement a little further away from the piano gave us somewhat darker sound that we preferred. There are a number of presets, and each has a slightly different flavor.

The other acoustic pianos also sound very convincing. The upgraded pianos—D4, Blüthner Model 1, YC5 Rock Piano, and the upright piano U4—all sound better than ever, and really do sound like more complete pianos than previous versions. With this version, we can definitely say that Pianoteq is worthy of being your go-to piano.

There are a number of other piano sounds that Pianoteq offers as well. The clavs, we found, were quite excellent! We especially liked the wah-effected clav that would definitely inspire songwriting.

Less impressive were the Rhodes, Wurlis, and CP-80. Don’t get us wrong—the Rhodes and Wurlis (R2 and W1 respectively) are good. They’re just not as standout-ish as the acoustic pianos are by comparison. Further, dedicated Rhodes/Wurli emulators are, at least today, more authentic. Having said that, these are very playable and certainly nothing to shy away from. So buy this for the pianos, and maybe you’ll also stay for the electro-mechanicals. As they say, it’s all relative.

Given that we actually have a CP-70 in our studio, we will mention that the CP-80 model was just ok. It sounded better when “vintage chorus’ was added (in the 1980’s, the CP-70 was often used with a Boss chorus pedal), but again, compared to the standout acoustic pianos, and to dedicated CP-80 emulations, it wasn’t as impressive.

Modartt has traditionally done a good job of explaining piano history, explaining how a piano makes sound, and how Pianoteq accomplishes that goal. The PDF manual is well written, explaining how the various controls can be altered and providing some tips on creating your own sounds.

Pianoteq 5 (MSRP $159 Stage, $399 Standard, $649 Pro) sells for $129/$319/$519 respectively. Compared with popular alternatives, Pianoteq is a bit on the pricey side. While there might be piano software out there that sounds stellar for a single piano sound at a lower price point, few programs have the same level of control over fine details of sound like Pianoteq, so if you want to create a customized piano sound that is subtly unique, the only modeled game in town (Pianoteq) should provide the most detailed sounding tweaks.

There is a huge performance advantage here over any product loading huge samples, too, so that plus the tiny storage footprint may help you justify the higher price. We think the standard edition probably provides the right balance of cost and features, but players with simpler editing needs and who don’t care about dealing with microphone placement should be fine with the Stage version. At over $500 for the pro version, though, we can’t justify that price. 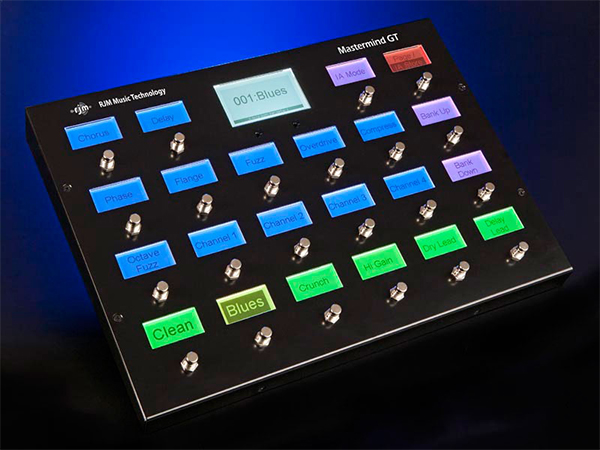