Your Next Great Studio Upgrade: A Curved Display

For the past few years, the computer gaming market has readily embraced ultra-wide, curved, displays that follow a design concept first presented in the large-screen television market. The basic idea was that these displays would create a more immersive viewing experience that really draws the viewer in, and they do indeed enhance the gaming experience.

But if you’re like us, maybe you didn’t pay much attention to these displays for a number of reasons: seemed a little bit “gimmicky,” fear of straight lines not looking so straight, text being hard to read, and images having a skewed perspective that makes your photos look odd. Having just spent a month living with a new ViewSonic curved display as the studio’s primary desktop display (from which this feature is being written), we’re here to report that your fears are unfounded, and this is technology that can have a meaningful impact on your time in the studio.

It all began one day in the studio this past summer. We were talking about optimizing our workspace, and the subject of flat desktops and flat computer displays with their highly reflective surfaces came up. Imagine replacing that flat slab (display) sitting between your nearfield monitor speakers with a curved surface! It seemed logical that if your speakers are on the same plane as your monitor, a curved display would disburse reflected sound waves better than the more directional flat reflective surface as found on a traditional computer monitor. Thus, armed with a grade-school hypothesis, we set out to determine if there’s more to a curved display for audio professionals than meets the eyes.

Enter the ViewSonic VP3481 34” Ultra-Wide Color-Accurate Monitor. This display features a whopping WQHD+ 3440x1440 resolution, which leaves your typical 27” HD 2560x1440 display in the dust with its extra width (around 25% wider than the familiar standard). There are less costly curved displays, but we chose the VP3481 because it was engineered for graphics/photo editing/video work, with a higher degree of color accuracy than entry-level models. We routinely edit photos and do light video editing, so an all-around “quality” curved display was important to our testing.

We connected the ViewSonic display to one of the available DisplayPort ports on our Different PC DPC1 workstation (plug-and-play, no software installs required) and after getting past the initial “Whoa! This thing is wide!” reaction, we found that the usefulness of this wide screen real estate can’t be understated if you spend your days and nights living in a DAW.

Running PreSonus Studio One Professional, we had 37 tracks plus our master fader on screen without making any adjustments. And if we switched to a narrow track display, we could nearly double the number of visible faders without the need to scroll horizontally through our session. Hiding the bin to the right of the session would leave room for another four to eight tracks. And in Avid Pro Tools, we counted 39 tracks plus our master fader with full-sized tracks. Wow! And what we found even more useful in Pro Tools was that with such a wide display area, we could keep both the Edit and Mix windows visible on the same display at useful sizes. Typically, we have had to rely on a two-monitor setup for Pro Tools with the Mix and Edit windows on separate screens (Studio One does a better job of integrating Mix and Edit functions on a single display). And if you need to get some of your day job accomplished, note that an Excel spreadsheet at 100% size shows up to 53 columns of data!

You can see a lot of your session without scrolling on a curved, ultra-wide display!

If you work with a lot of tracks/busses, ultra-wide displays like this really make a difference. And as it turns out, we never found the curvature of the display to interfere with our perception of straight lines. We’ve edited photos and other website graphics, written and edited tons of text, and watched and edited plenty of video content. The only thing that looked strange to us is how the curved display appears in our photographs of it!

An unexpected benefit to the curvature was an obvious reduction in glare—we had none! Between the lack of glare and the fact that this wasn’t an especially bright display compared with some other premium offerings, watching it for hours on end was extremely easy on the eyes. 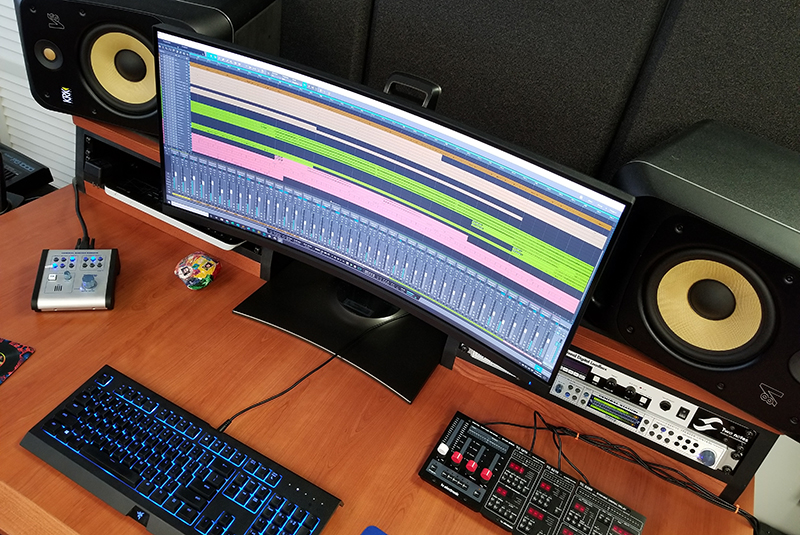 The display has a height-adjustable base, and it supports DisplayPort, HDMI, and USB C 3.1 for connectivity. If you need the most precise color accuracy for your non-music work, the display is compatible with ViewSonic’s Colorbration Kit for precise calibration (a $260 option). The included ViewSplit software enables Windows PCs to create multiple virtual displays out of one in the event you’d prefer a dual (or more) display experience from one large display. But we found it easy enough to just lay out documents and browser windows side-by-side on the large expanse, and no software installation was required for full use of the display.

With a street price of roughly $700, this is one easy upgrade your studio will thank you for (and with AMD Freesync support, gamers in your house will thank you as well). And while we didn’t have the means to measure reflective sound off of the panel, we’re still going to stick with our original hypothesis that a curved display is marginally better (at least) than having a flat panel in between the speakers on our mixing desk. How much of a difference it makes pales in significance compared with the overall functionality improvement. In fact, one of our editors was so taken with it after just a few minutes that he immediately purchased one of these displays for his studio computer. 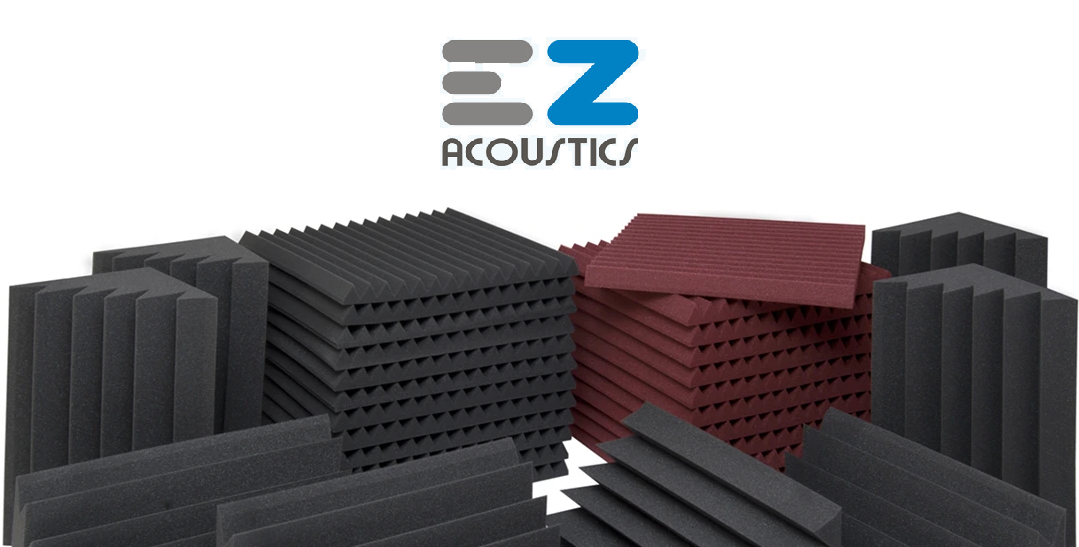 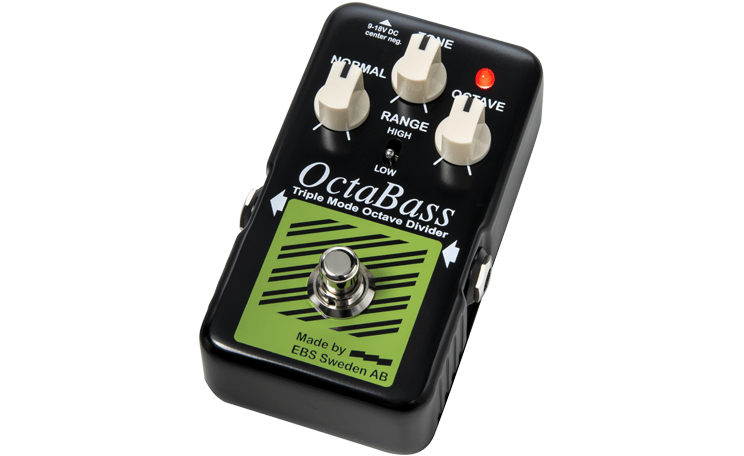