SANTA CRUZ, CA, USA: Plugin Alliance, supporting all major plugin formats and uniting some of the best-known international audio companies under one virtual roof, and founding partner Brainworx Audio are proud to announce the forthcoming first release in a series of new plugins under the iconic AMEK brand name newly joining the Plugin Alliance family. First product readying for release under the new AMEK brand is the EQ 200, modeled after some of the most coveted hardware EQs ever designed.

Drawing upon years of experience in analog modeling, Brainworx’s goal with the AMEK EQ 200 was to develop a plugin that captures the DNA to recreate the unique sound of the most legendary parametric equalizers of the 70s and 80s. This was an exciting era dominated by new, paradigm-shifting EQ designs from brands such as SONTEC and GML offering groundbreaking new features, including parametric control — an ability to adjust the center frequency and bandwidth for each band. But while this is a standard feature on EQs today, it was an absolute audio revolution back then.

The extraordinary resolution, extreme transparency, enormous headroom, and surgical precision of those classic 70s and 80s mastering-grade EQs served as the inspiration for many later equalizer designs. And for many top engineers today those original parametric EQs are still considered to be unrivalled. After all, those early high-end parametric EQs were conceived during an amazing era for pop and rock music, and lived on to become true industry standards for the next 30-plus years. Today, they can be heard on countless recordings since they are still actively used in many of the very best mixing and mastering studios on the planet.

The AMEK EQ 200 plugin is inspired by the sound of Brainworx founder Dirk Ulrich’s own GML 8200 EQ — one of his all-time favorite pieces of analog outboard. On the face of it, then, the AMEK EQ 200 is a seven-band EQ, featuring five wide, overlapping fully-parametric bands with 15 dB boost or cut for each band, additional high- and low-pass filters, and low and high shelving EQs.

Enhancing the original design with many useful plugin-only additions, Dirk Ulrich and the Brainworx modeling team decided to take things several steps further by including their well-known retractable ‘extra unit’ to provide access to the following features: AUTO LISTEN (available on all five bands to audition each change in isolation); continuously-variable high-pass and low-pass filters (with a 12 dB per octave slop); MID / SIDE processing (to dramatically tweak the width and depth of the mix as a simple workflow enhancement); MONO MAKER (sums low frequency content to mono to give focused, punchy bass response); STEREO WIDTH (to expand the stereo width of tracks); and variable THD (for adding extra analog mojo and tone); and TMT inside (Brainworx’s pioneering patented Tolerance Modeling Technology that simulates channel-to-channel variances in electronic components for the most realistic analog sound possible inside a DAW), as well as CORRELATION, BALANCE, input and output meters (to provide better understanding and control of EQ curves).

Based on the parametric equalizer that started it all, the AMEK EQ 200 is a beautifully transparent plugin EQ with a scalable UI to adapt to the user’s screen size and workflow, with plentiful presets providing a useful starting point for finding their sound. Readying for release on May 19, 2020, it will be included in Plugin Alliance’s monthly MEGA Bundle subscription  and annual MEGA Bundle subscription  at no extra cost! 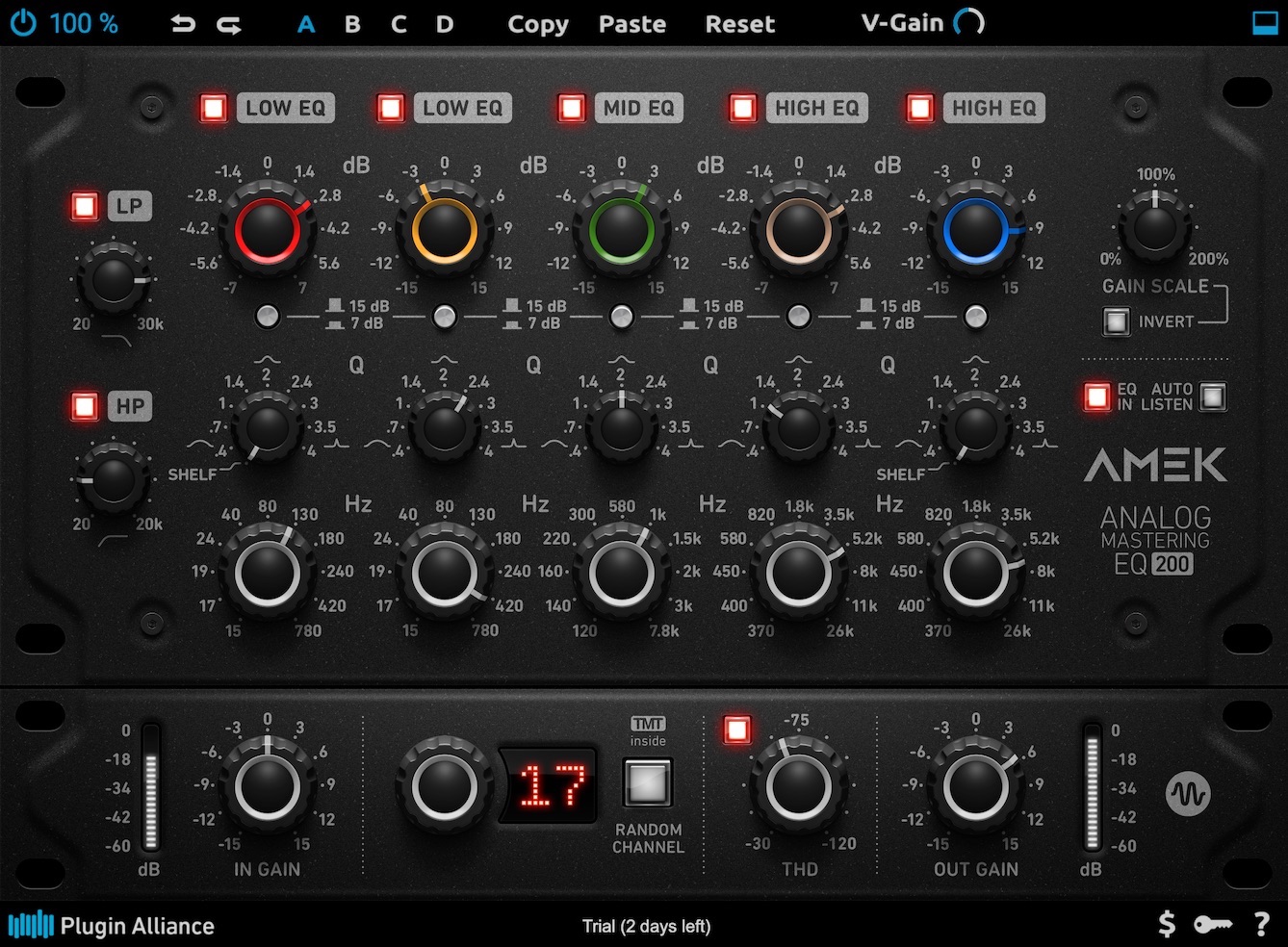 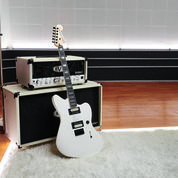