Home›News Releases›Bass NR›FENDER® DEBUTS ALL-NEW AMERICAN PROFESSIONAL II SERIES, THE WORLD’S MOST PLAYED ELECTRIC GUITARS AND BASSES,  WITH UNIFYING ‘THE ONE. FOR ALL.‘ CAMPAIGN

FENDER® DEBUTS ALL-NEW AMERICAN PROFESSIONAL II SERIES, THE WORLD’S MOST PLAYED ELECTRIC GUITARS AND BASSES,  WITH UNIFYING ‘THE ONE. FOR ALL.‘ CAMPAIGN

In late 2016, Fender introduced the American Professional series, combining a longstanding history of quality with handmade craftsmanship to provide the world’s most relevant artists with a better tool that transcends more genres than any other series before it. Since its debut, American Professional has become the most widely adopted instruments by players and working guitarists in the world with over 60% of Fender artists across all genres. It’s continued to play an integral role in the diverse and expansive nature of how guitar is used across genres by thousands of artists including Michael Kiwanuka, Courtney Barnett, Noel Gallagher, Jon Pardi, Blink 182, Haim, Hillsong United, Daniel Caesar, Deftones, and Clairo to name a few. Trusted and played by guitarists and bassists on more stages and in more studios than any other, the American Professional series has appeared in inspiring performances all over the world. From the Grammy Awards®, to Saturday Night Live™, BBC One™, the CMA Awards™, Fuji Rock Festival, Coachella Valley Music and Arts Festival™, Splendour in the Grass, Glastonbury Festival and more – the American Professional series has inspired music and culture worldwide. 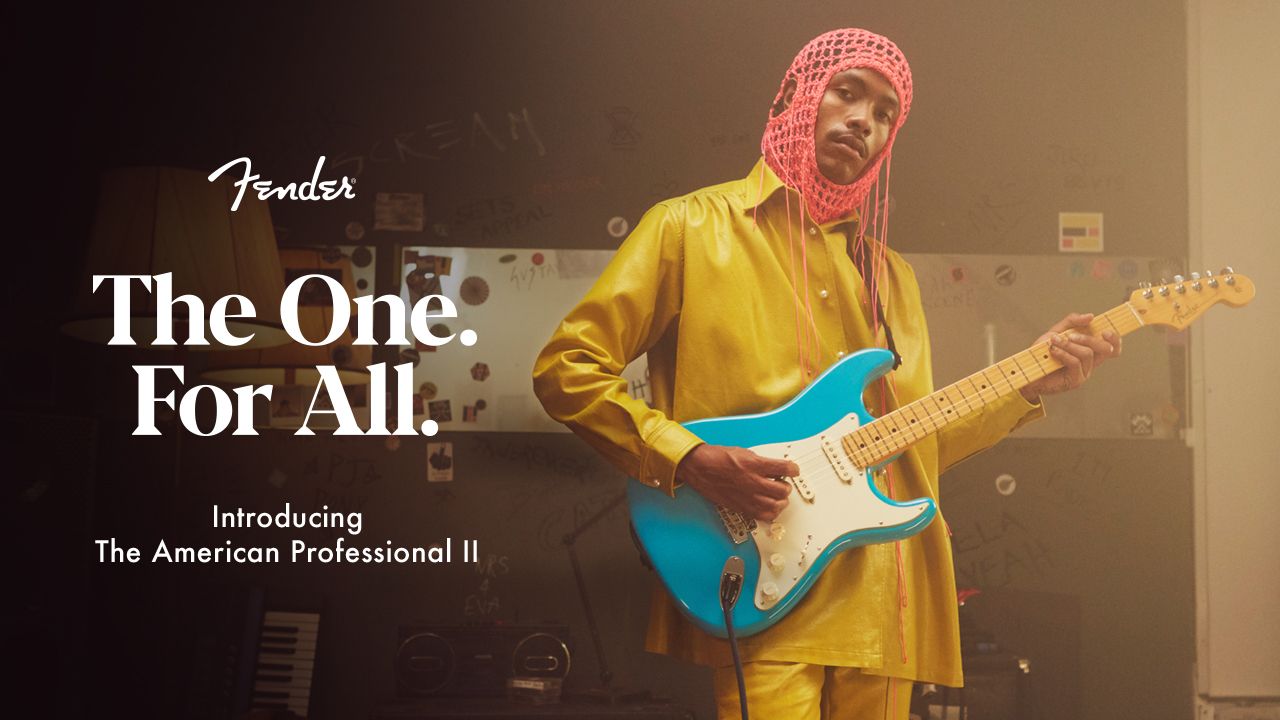 “Over the past few years we have refined and elevated the American Professional series as a result of ongoing conversations with our artist partners. With their feedback and innovation, a priority, we reviewed every element across the series, incorporating new specs like a new sculpted neck heel, new pickups, supernatural neck finish, and various aesthetic refinements including bold colorways, tonewoods like Roasted Pine and Tortoise shell guards on select models,” said Justin Norvell, EVP of Fender Products.” We stand behind all artists by providing them with the tools they need, no matter where they are creating or performing, and remain committed to making every great instrument even better through thoughtful innovation. Music has a special unifying power and guitar – and the artists wielding the instrument – play a big role in that. As always, our creators and artists came first as we refined The American Professional II series to push the boundaries of guitar forward, deliver epic sound and offer reliability to artists across every genre of music, when the world – and our artists – need it most.”

After four years of listening, watching, and collaborating with countless professional musicians, Fender evolved this series with key new features to make its sound, feel and style better than ever. Made by hand in Corona, the American Professional II series is a stage-ready lineup of electric guitars and basses that embodies the best of what artists want and need. These models feature a Deep “C” neck profile; rolled fingerboards for comfort; as well as a sculpted neck heel that offers more accessibility to the guitar’s upper register and an ergonomic playing experience. The models also feature push-push switching, new V-Mod II pickups and voicings that are sonically pleasing across all music genres, staggered tuners and polyurethane finishes. Select models are also available in new color ways including Miami Blue (Stratocaster®), Dark Knight (Telecaster®), 3-Color Burst (Jazzmaster®), Mercury (Precision Bass®) and Mystic Surf Green (Jazz Bass®).

“The American Professional II plays beautifully,” said Orville Peck. “Everything you’d expect out of a classic Telecaster with a couple changes that make it super comfortable to play. I love the feel of the neck and the twang of the new pickups”

Despite the obvious challenges facing artists and the music industry in 2020, the creativity and output has not stopped. The world needs music now more than ever and that's evident from the record-breaking popularity of guitar this year. Guitar is a cultural phenomenon and inspirational tool that touches diverse groups of people across backgrounds, gender, genre or creed through a shared human experience. In the face of a global pandemic, hundreds of thousands of people have turned to the guitar as a quarantine companion, as well as their favorite artists and albums to connect and push forward during a difficult time.

For close to 75 years, Fender has helped blaze a trail of cultural innovation globally across genres, gender and diversity. Fender tapped Wieden+Kennedy Portland to work alongside its in-house creative team to create a campaign that embodies this movement. To celebrate this spirit of never settling for the status quo, “The One. For All.” campaign amplifies new artists who are breaking conventional rules about the path to success —changing what it means to be a musician right now, and in the future.   Through a hero spot narrated by Oscar® Award-winning actor and musician Billy Bob Thornton, the breadth and reach of Fender is shown through the eyes of the iconic models of the American Professional II series. Each guitar model is paired with artists whose voices showcase how inherently versatile Fender instruments are, a signature part of the strength and enduring popularity of the brand. The new artists showcased within the film include –  Steve Lacy (Stratocaster), Lindsay Ell (Stratocaster), Dominic Fike (Stratocaster), Orville Peck (Telecaster), Ashley McBryde (Jazzmaster), Este Haim (Precision Bass), MonoNeon (Jazz Bass) and more. The series continues Fender’s legacy to drive guitar, music and culture forward by connecting today’s artists, players and fans everywhere through that shared loved of music.

“The American Professional II series is the connective tissue that both artists and music fans are seeking now more than any other time in our nearly 75-year history,” said Evan Jones, CMO of Fender. “In addition to making the best tools possible for artists, it’s also very important for us to use the Fender platform to amplify and spotlight how their music is positively impacting the world. The ‘The One. For All.’ campaign celebrates how guitar today is expanding both musically and culturally, which is why we’ve featured more artists in our marketing creative than any other Fender campaign to date. We are honored to have collaborated with diverse, talented artists to showcase how the American Professional is a versatile tool that supports their ability to create music that brings people together as music and creativity hasn’t stopped. Our creative partners both in-house and at Wieden+Kennedy Portland meticulously crafted a visual narrative that captures the essence of what guitar is capable of and how it continues to inspire, uplift and encourages us to keep moving forward.” 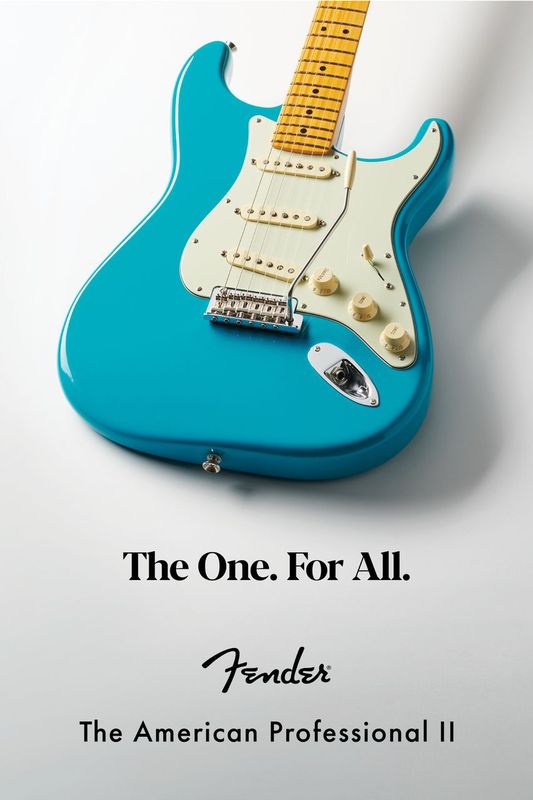 Fender discusses the all-new American Professional II series specs and all details in an episode of Fender’s serialized social video series, Fender Demos. Fender Demos is an educational video series focused on providing a deep dive into Fender’s newest products. The series focuses on showcasing not only the key features and benefits, but also the sonic quality of Fender’s instruments, amplifiers and pedals. In addition to product demos, the series also provides valuable beginner, intermediate and advanced tone tips, set-up and maintenance guides and insights to getting the most out of your Fender gear. 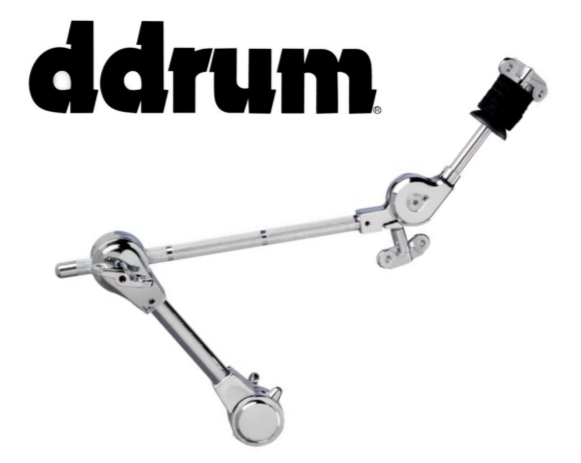 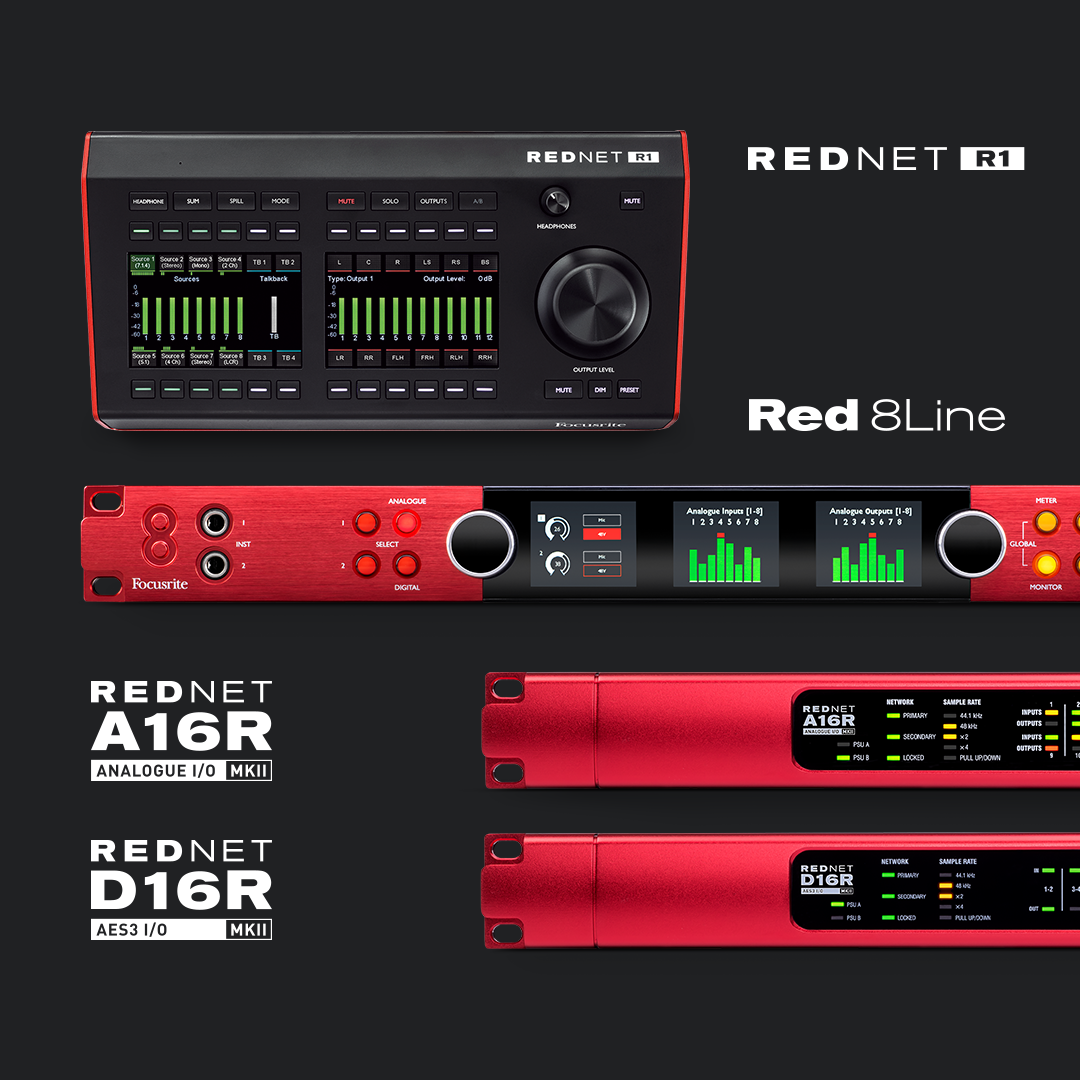