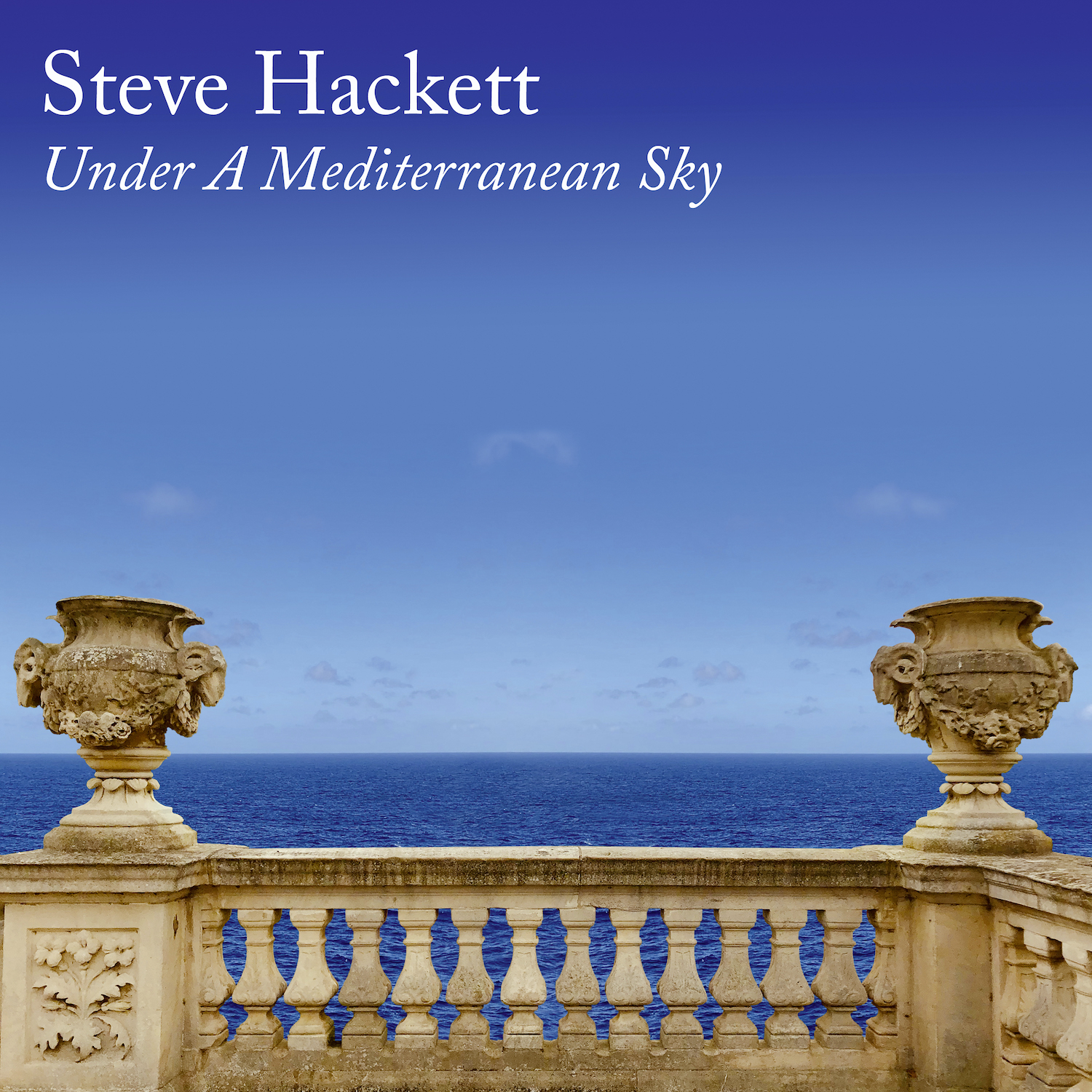 Today he has launched the first single from the album, titled ‘Andalusian Heart’, and you can watch the video here: https://youtu.be/7QpPXqldanI

Steve comments: “The beauty of Andalusia with its Moorish and Gypsy magic and the strains of distant guitars echoing through its ornate archways has to be experienced at least once in a lifetime. So many of the things that have inspired me about Spain are embodied in this romantic track, featuring Roger King’s orchestral arrangement, Franck Avril on oboe, Christine Townsend on violin and viola, and myself on classical guitar.”

Working closely with long-time musical partner Roger King, Hackett has used his time during 2020’s lockdown to take us on an extraordinary musical journey around the Mediterranean, painting vivid images of stunning landscapes and celebrating the diverse cultures of the region. Famed for his rock roots with Genesis, and through his extensive solo catalogue, Hackett demonstrates the exquisite beauty of the nylon guitar at times venturing into the exotic ethnic and often supported by dazzling orchestral arrangements.

“A lot of acoustic ideas had been forming over the years, and it felt like the perfect time to create this album,” notes Hackett, “a time to contemplate the places we’ve visited around the Mediterranean with the kind of music which evolved from the world of imagination.

The Call of the Sea (Steve Hackett)

Our journey around the Med begins on the island of Malta, in Mdina – The Walled City. It’s imposing strength is portrayed by Roger King’s dramatic orchestration while Hackett’s guitar weaves through the atmospheric streets describing the creativity, love and strength that held Malta together between all the waves of conflict.

With Hackett’s delicate guitar work, Adriatic Blue paints an enchanting view of stunning scenery as tall cliffs of forested mountains plunge into the deep blue sea along the Croatian coastline. Sirocco is altogether more atmospheric, inspired by the winds playing through the imposing structures of Egypt.

“At first hand, I’ve marvelled at the mystical whirling Dervishes,” says Hackett. Along with otherworldly beings such as the Djin (Genie) they sprang from Persia’s dreaming past. The Dervish And The Djin captures the extraordinary atmosphere of this most exotic of civilisations with the help of Hackett’s touring band regular - Rob Townsend’s soprano sax, the tar of Malik Mansurov (from Azerbaijan) and Armenian Arsen Petrosyan’s duduk. “Of course, those countries are virtually at war with each other,” Hackett adds, “and there has been something like a thousand casualties (at the time of writing) on both sides. Again, it’s a case of music being able to do things that politicians fail to do - something constructive.”

The Memory of Myth embodies the deep and rich history of Greece and features the violin of Christine Townsend (no relation) while Lorato - ‘love’ in the language of the African Tswana tribe – is a pretty folk tune. Love is the force that heals and links all disparate peoples of the Mediterranean.

Under A Mediterranean Sky features Steve Hackett playing nylon, steel string and twelve string guitars, charango and Iraqi oud. Keyboards, programming and orchestral arrangements are by Roger King. Featured musicians are John Hackett and Rob Townsend, flute (Casa del Fauno); Malik Mansurov, tar and Arsen Petrosyan, duduk & Rob Townsend, Sax (The Dervish And The Djin); Christine Townsend, violin (The Memory of Myth and The Call Of The Sea). All tracks were produced by Steve Hackett and Roger King with all tracks recorded and mixed by Roger King at Siren. 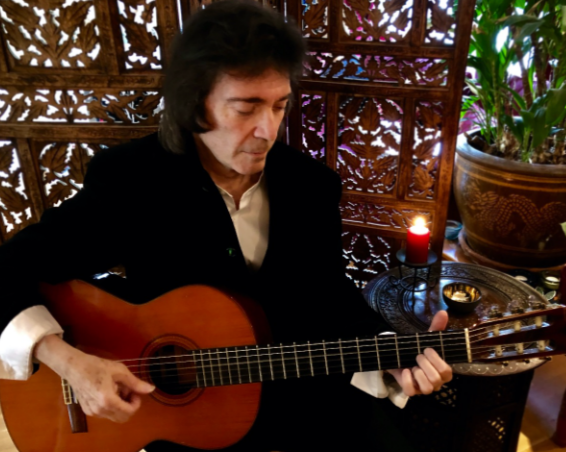 "I had a great time doing this album, seeing it take shape, and I’m very pleased with the outcome. I’m very proud of it,” says Hackett. “The nylon guitar has a very individual sound but, within the compass of what the nylon-strung guitar can do, there are a lot of different tones. You can do the full-on attack, the kind of salvo that you expect from the flamenco players but, at the same time, it can also be very gentle, gentle as a harp. It’s shades of black and white. It’s also exciting to play alongside instruments from around the world, as well as a wide range of orchestral sounds.”

Steve’s compositions take influences from many genres, including jazz, classical and blues. For his later studio works The Night Siren (2017) and At The Edge Of Light (2019) Steve has explored the influences of world music. Recent tours have seen Steve celebrate his time with Genesis including a spectacular 2018 tour in which Steve realised a long-held ambition to perform the works of Genesis live with his band and an orchestra. He recently released Selling England by the Pound & Spectral Mornings: Live at Hammersmith, a live recording of his hugely successful 2019 tour that saw him celebrating that Genesis classic, as well as the 40th anniversary of one of his most-loved solo albums. 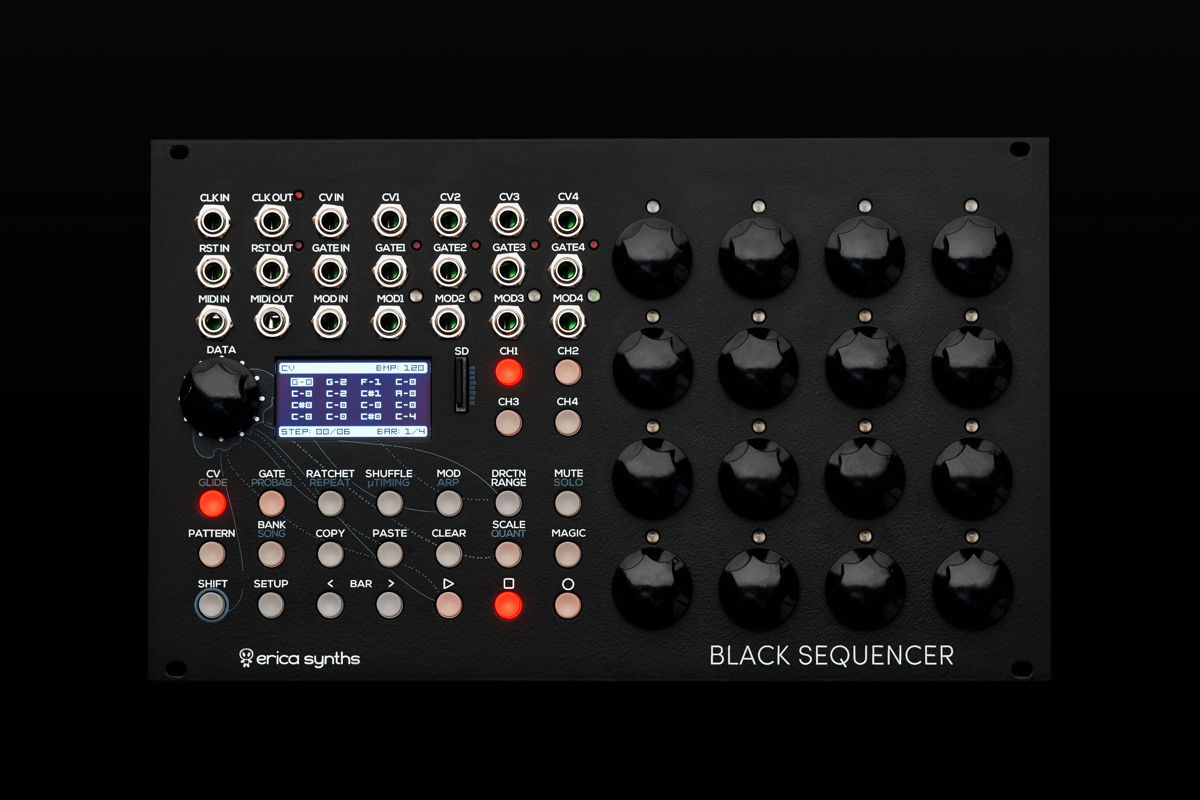 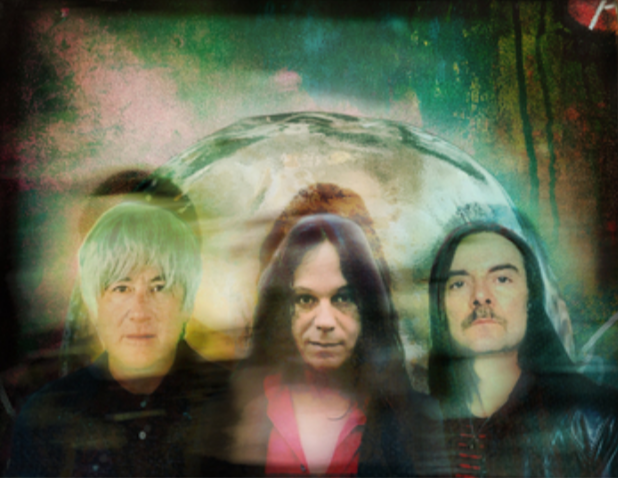