BRNO, CZECH REPUBLIC: Audified is proud to take experienced mastering/mixing engineer, musician, and programmer Martin Linda’s namesake Linda Audio under its wing with Linda RockStack — realising a long-held dream of creating a virtual guitar amp sim suited to a wide range of rock and metal sub-genres as a chorus and delay effects-equipped three-channel amplifier and cabinet plug-in by working with the cutting-edge Czech software applications, software effects, and hardware processors developer’s design team to turn his vision into reality — as of December 10…

As a longtime user of various amp sims and cab impulses, experienced mastering/mixing engineer, musician, and programmer Martin Linda started making inroads into programming his dream machine as a guitar amp plug-in perfectly suited to working with a wide range of rock and metal sub-genres many moons ago, but it was only by closely collaborating with software applications, software effects, and hardware processors developer Audified that he was finally able to realise that dream as a plug-in par excellence. 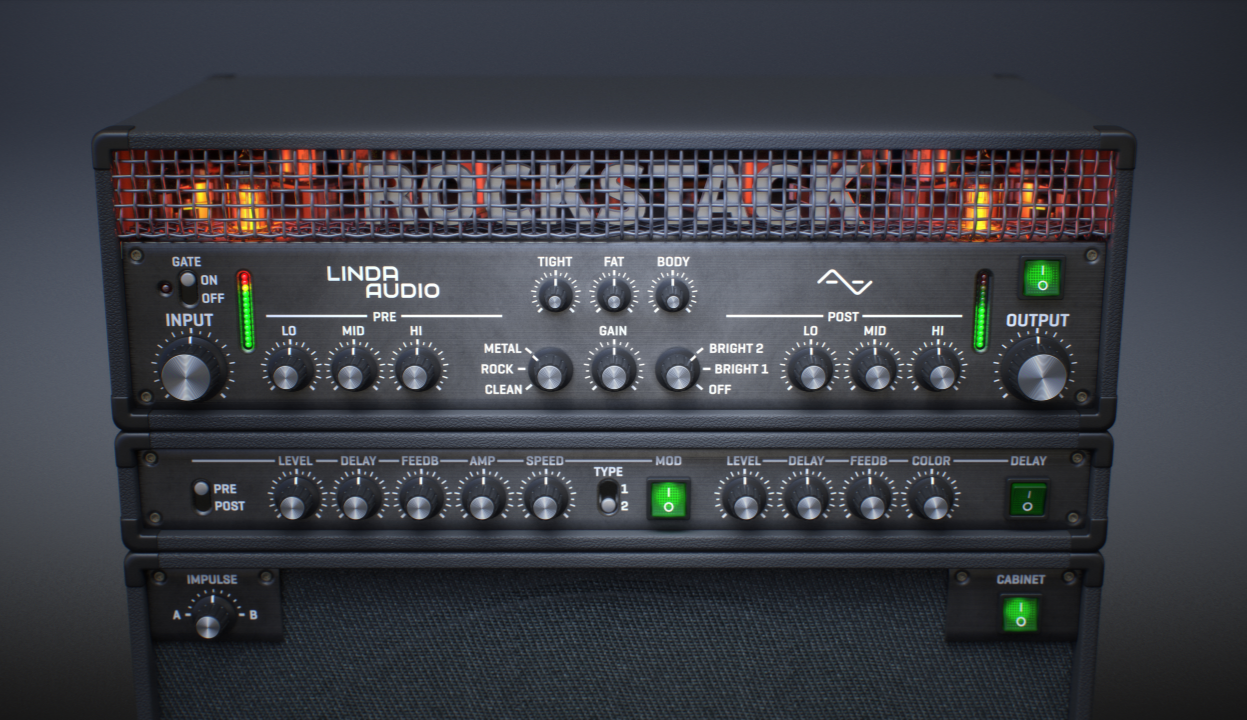 Enter Linda RockStack — not to be confused with retired American singer Linda Ronstadt, who performed and recorded in diverse genres including rock, country, light opera, and Latin! Linda RockStack is a three-channel amplifier plug-in with an independently-switchable — MOD (multi-stage chorus) and DELAY — effects section and a continuously-blend-able cabinet IMPULSE section. It is also equipped with extensive tone-shaping options, such as PRE and POST (LO, MID, and HI) gain EQ alongside additional TIGHT, FAT, and BODY contours, so its tonal possibilities are almost endless. Engaging that multi-stage chorus and delay effects processing independently all adds up to a unique- sounding and unbelievably-versatile virtual amp that provides its user with control over a vast tonal palette with mind-blowing flexibility — fresh from the excellent ear and musical mind of Linda Audio’s Martin Linda, complete with mix-ready guitar tones.

Tuned by an experienced producer’s ear rather than simply taking an already existing design and recreating it in the software domain, Linda RockStack provides its users with the tools to create their own mix-ready rock and metal sounds rather than simply copying what has gone before. Better said by Martin Linda himself: “There is no need to simulate a brand when you can create your dream guitar tone instead!” 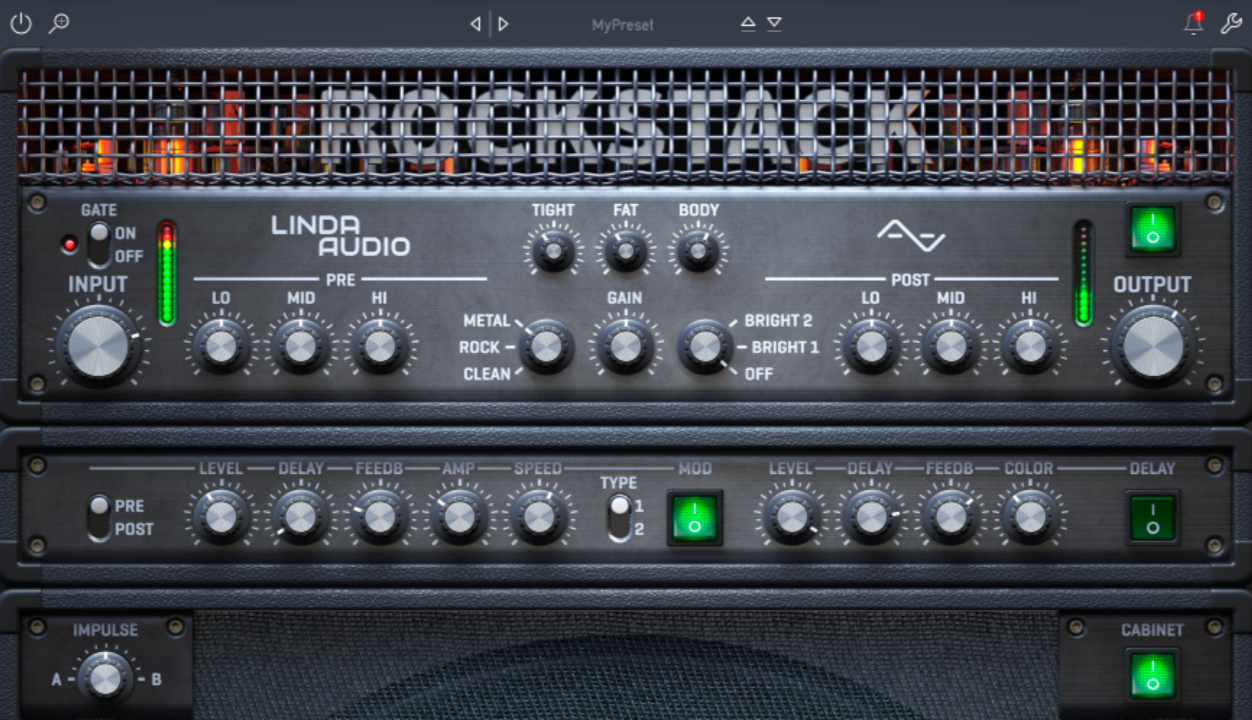 No need, indeed, which is why Linda RockStack duly delivers three distinctly different voicings — CLEAN, ROCK, and METAL, each with their own colouration and gain structure, and can be tailored to taste by providing the controls needed to create that dream guitar tone that users might hitherto have only heard in their heads. Having said that, then, the difference between EQ shaping before and after a gain stage is huge — hence Linda RockStack providing PRE EQ controls to push the gain stage in particular frequency ranges and POST EQ controls to finalise the sound, making it more mix ready. The TIGHT control makes both the low end and the gain structure more focused as it is increased, increasing the FAT control results in a fuller lower midrange response, while turning up the BODY control makes the amp push more aggressively in the higher midrange. Meanwhile, the three-stage multi-switch dynamically accentuates higher frequencies with both active positions being sensitive to the input signal level — BRIGHT 1 being more focused on the higher midrange, while BRIGHT II emphasises even higher frequencies with a little bass boosting to boot.

Down below those effective effects, Linda RockStack flexibly features two CABINET impulses — A and B. Better still, users can blend between them, though the cabinet section can also be switched off — just in case users wish to pair Linda RockStack with their own choice of impulses. Indeed, it is worth noting that the plug-in’s amp and effects sections can also be separately switched on and off, offering users freedom of choice when it comes to their usage at any given time. 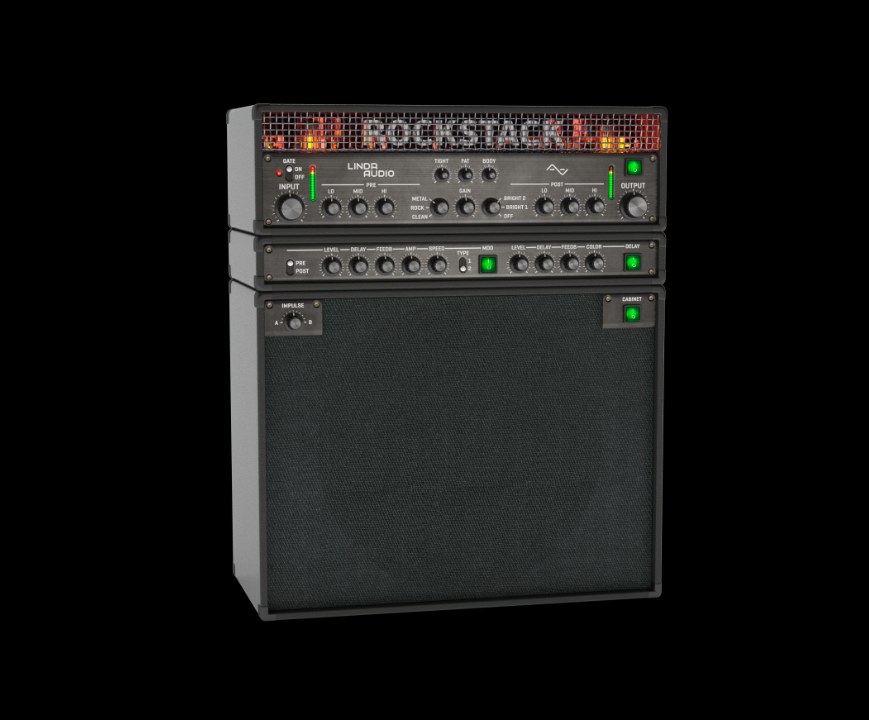 The noise GATE can be switched to ON or OFF positions, the former proving particularly useful when pushing the ROCK and METAL voicings into higher saturation, while the latter works well when playing with the CLEAN voicing or lower gain sounds to maximise dynamics and retain attack information.

Linda RockStack is available to purchase for an introductory price of $29.00 USD — rising thereafter to its regular price of $49.00 USD — from Audified’s online shop, which also includes further information and sound samples, here: https://shop.audified.com/products/linda-rockstack 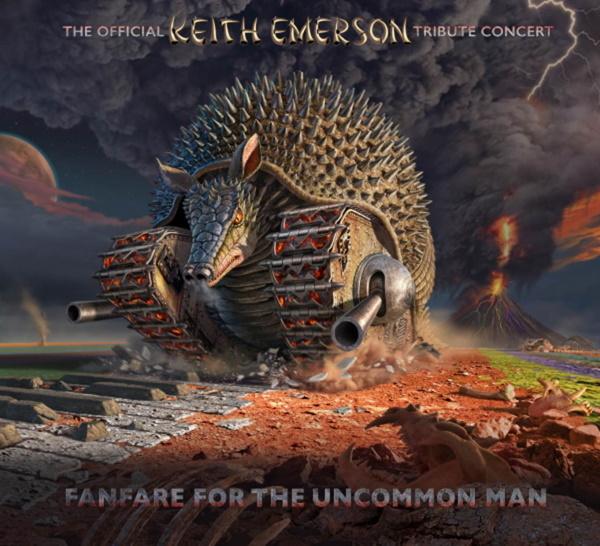 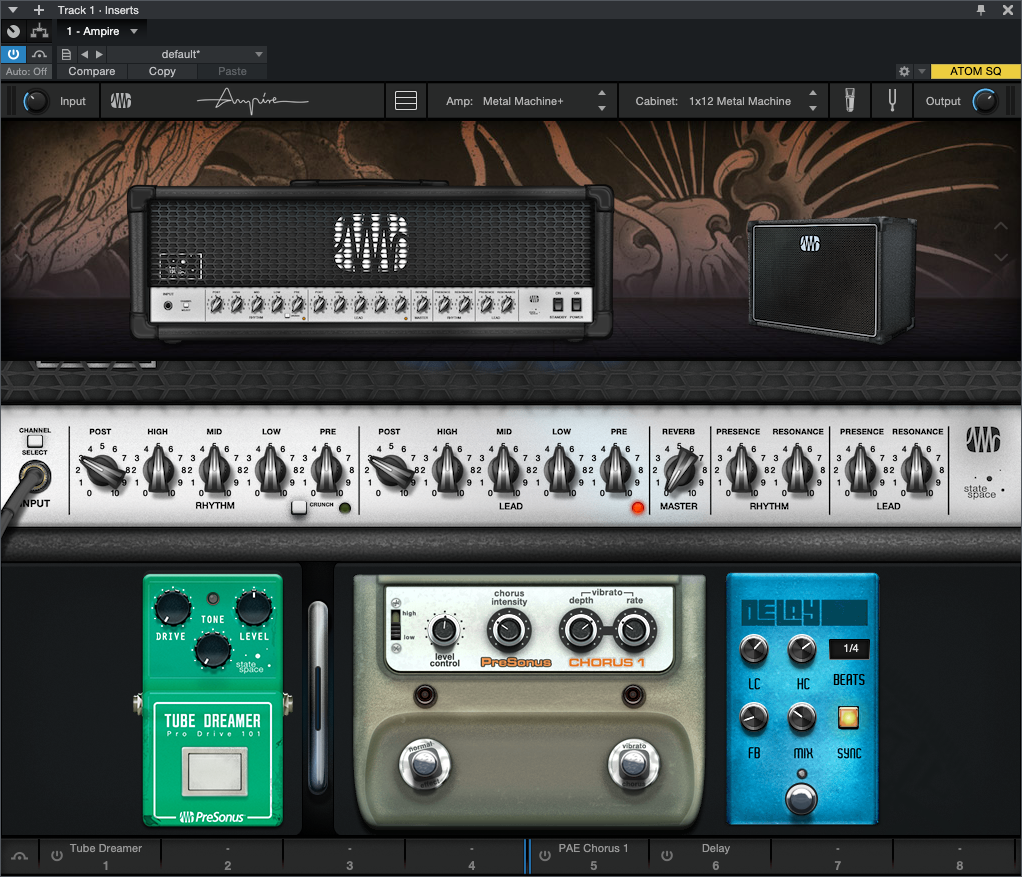