Home›News Releases›Band & Musician NR›RINGO STARR RELEASES NEW SINGLE 'HERE’S TO THE NIGHTS' OFF FORTHCOMING 'ZOOM IN' EP, AS WELL AS 'RINGO ROCKS: 30 YEARS OF THE ALL STARRS' RETROSPECTIVE BOOK

RINGO STARR RELEASES NEW SINGLE 'HERE’S TO THE NIGHTS' OFF FORTHCOMING 'ZOOM IN' EP, AS WELL AS 'RINGO ROCKS: 30 YEARS OF THE ALL STARRS' RETROSPECTIVE BOOK

“When Diane presented this song to me I loved the sentiment of it,” said Ringo. “This is the kind of song we all want to sing along to, and it was so great how many wonderful musicians joined in. I wanted it out in time for New Years because it feels like a good song to end a tough year on. So here’s to the nights we won’t remember and the friends we won’t forget – and I am wishing everyone peace and love for 2021.” 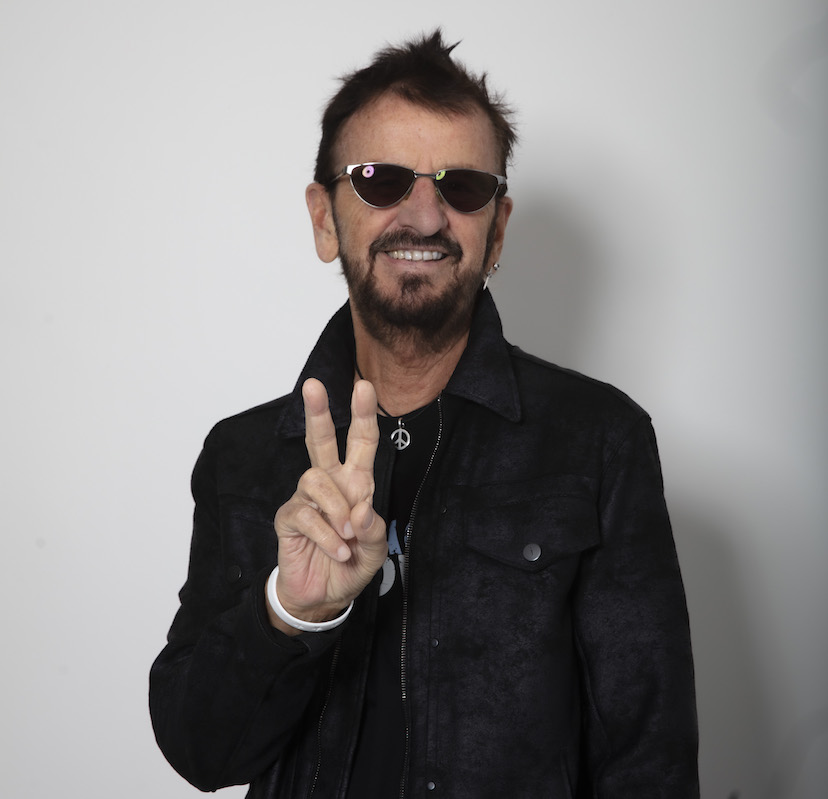 The song is the lead single from his forthcoming EP, titled Zoom In, which was recorded at Starr’s home studio between April- October 2020. For this EP, Starr collaborated with songwriters and producers including Jeff Zobar who penned the title track, “Zoom In, Zoom Out” during the pandemic, and features Robbie Krieger on guitar;  Sam Hollander who wrote and produced “Teach Me To Tango” – sending Ringo a nearly completed track onto which he added vocals and, of course, drums; Ringo co-wrote “Waiting For The Tide to Turn” with his engineer Bruce Sugar, adding Tony Chen and his extensive reggae roots; and “Not Enough Love In the World” which was written by long time All Starr member Steve Lukather and Joseph Williams (full credits below).

Zoom in Zoom Out

Here's to the Nights

Not Enough Love in the World

Teach Me To Tango 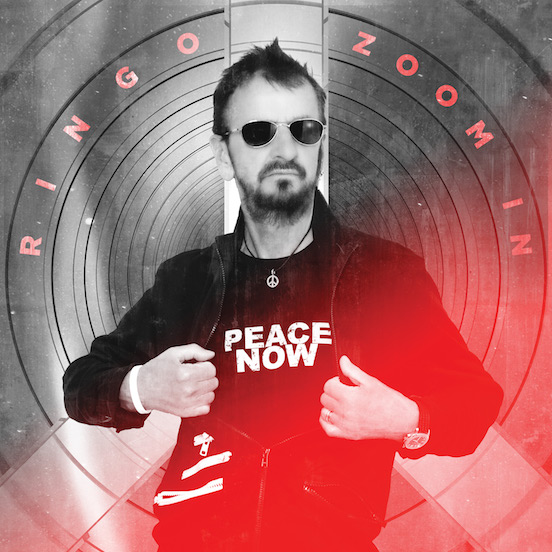 It’s has also been three decades since Ringo founded his All Starr supergroup and took the stage with some of rock and roll’s biggest luminaries, creating an exceptional legacy of performances of some of the greatest hits of all time culled from Starr’s extraordinary catalog as a solo artist and as Beatle, as well as the All Starr Band members’ substantive songbook. In celebration of this milestone, and just in time for the holiday season, a new limited-edition retrospective hardcover book titled “RINGO ROCKS: 30 YEARS OF THE ALL STARRS,” will be sold online exclusively for $39.99 beginning Wednesday, December 16 at juliensauctions.com.

This not to be missed commemorative photo memoir features some never-before-seen photos of the All Starr Band’s 30 record-setting years in the spotlight and life on the road, compiled by Henry Diltz and Jill Jarrett (who have followed Ringo Starr’s All Starr career since 1989), as well as exclusive images from many other photographers and members of the touring crew. Accompanying the photos are Starr’s candid stories, looking back on his legacy as the leader of one of the longest running live touring bands in the world - and all that goes into managing a band of music legends - and looking ahead to the All Starrs’ future making music together in a post pandemic world.  The book kicks off with a forward by Starr’s dear friend and brother-in-law, Joe Walsh, the renowned American musician, member of James Gang, the Eagles, and the Ringo Starr & His All Starr Band, and named one of the greatest guitarists of all time by Rolling Stone.

“I had recently cleaned up my act, but now I needed to find some way to get that act back out on the road… the truth is I'd never put a band together… Now I'd been in a band – I like to say, I've been in a few very good bands, actually”, Starr recounts in the book.  “So, I got my phone book out – back then that was when we still had phone books – and I just started calling friends… That's really how things came together and how I formed the greatest 1-800 Band in Rock History.” 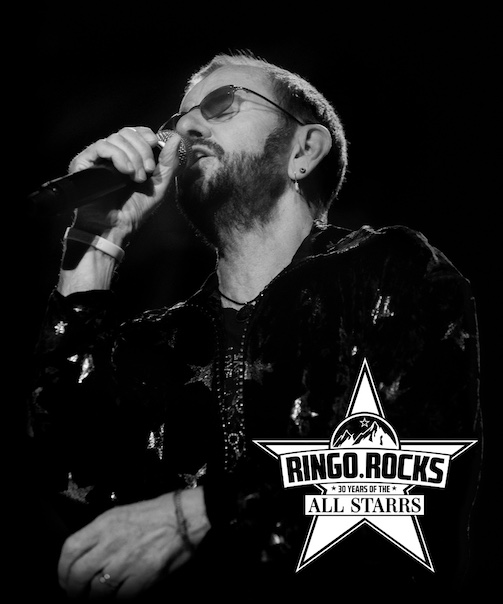 Ringo Starr and the All Starr Band have recorded over 12 live albums beginning with their 1990 self-titled debut album at the Greek Theatre as well as their performances in Montreux, the Nippon Budokan in Tokyo, the live taping of VH-1 Storytellers in 1998, the King Biscuit Flower Hour taping in 2002, the PBS concert series Soundstage in 2007, and more. For the latest info on the band, music and tour updates visit www.ringo.rocks. For more information on Julien’s Auctions, go to www.juliensauctions.com. 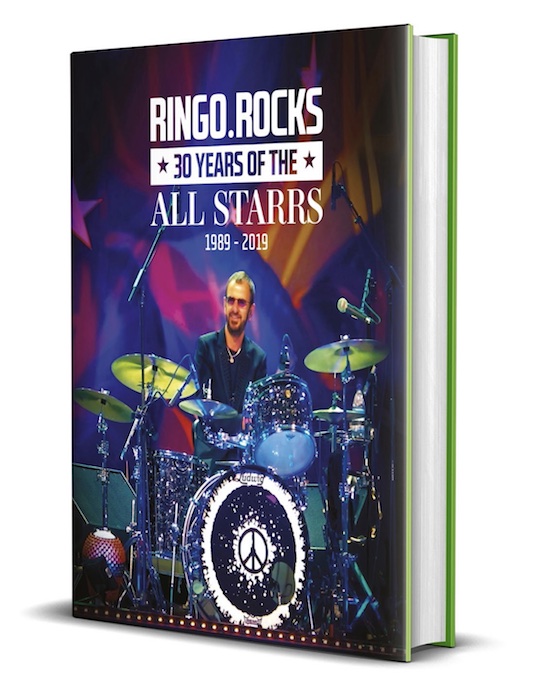 Five hundred exclusive-limited hardcover “signature edition” books personally signed by Ringo Starr will be offered for $495 each. The proceeds of the book will benefit The Lotus Foundation whose mission funds supports, participates in and promotes charitable projects aimed at advancing social welfare in diverse areas including, but not limited to substance abuse, cerebral palsy, brain tumors, cancer, battered women and their children, homelessness, and animals in need. 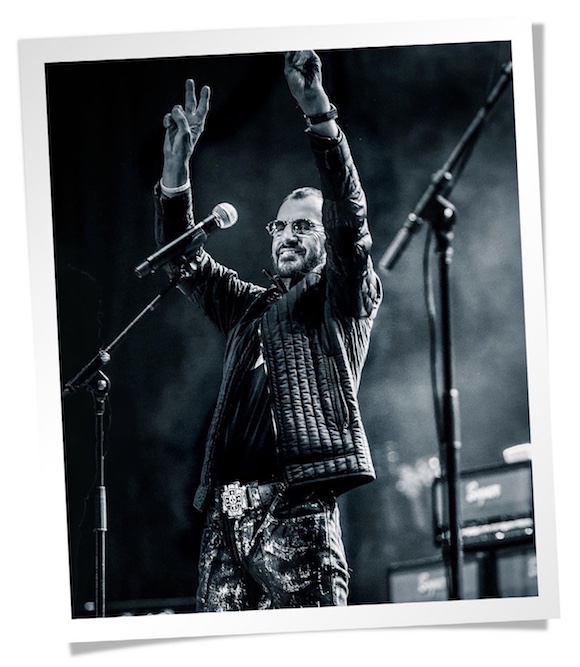 Throughout his career, Ringo Starr has received nine GRAMMY® Awards and has twice been inducted into the Rock and Roll Hall of Fame -- first as a Beatle and then as solo artist. Between 1970 and 2020, Ringo has released 20 solo studio records.  He has acted in over 15 films, received an Academy Award®, and has been nominated as an actor for an Emmy®. Ringo has published seven books; had a stint as a male fashion model, and that same year went behind the lens as the photographer for some Foo Fighters PR photos. In 2018, Ringo was knighted and in 2019 he celebrated 30 years of touring with his All Starr Bands. For all his many creative successes, Ringo is and always will be first and foremost a musician, a drummer. Ringo’s candor, wit and soul are the lifeblood of his music. Peace and love are his life’s rhythm and melody, and he propels this universal message in everything he does: his evocative artwork, his enthusiastic live performances, his legendary songs, all imbued with the joy, reflection, and wisdom of the music icon the world knows and loves simply as “Ringo.” www.ringo.rocks 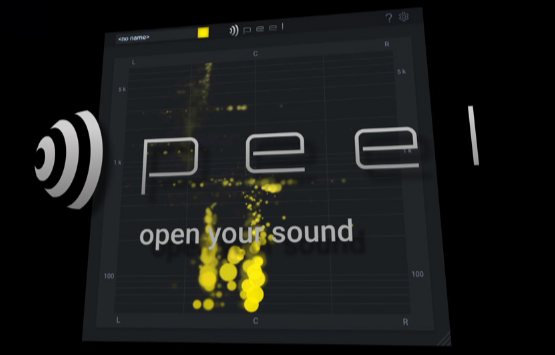