HOLLYWOOD, Calif. (February 2, 2021)—Fender Musical Instruments Corporation (FMIC) today released the Chrissie Hynde Telecaster® in its first ever collaboration with the singer-songwriter and guitar icon.  The Signature model is a tribute to the Ice Blue Metallic Fender Telecaster® guitar that Hynde bought in a New York City shop nearly forty years ago. Since, her beloved axe has been featured on over a dozen studio albums and has accompanied Hynde in concert halls and stadiums all around the globe. The Chrissie Hynde Telecaster® - the latest addition to the Fender® Artist Signature Series - puts the guitar-playing prowess of the Pretenders frontwoman in the hands of players around the world, for the very first time.

“My guitar tech, David Crubly, convinced me to launch a Fender Signature Telecaster by telling me it might encourage more people to get into bands and music. I hope that’s true and know that those who do, won’t look back,” said Chrissie Hynde, London 2021. 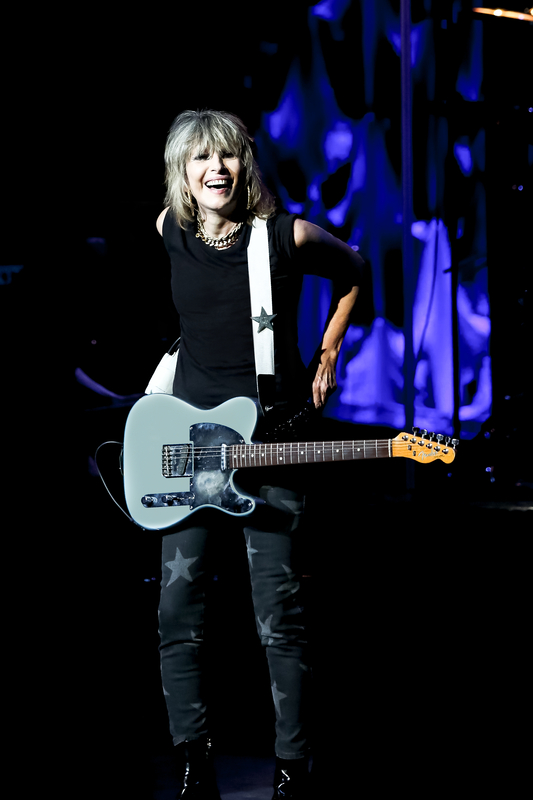 Hynde has played a number of Fender Telecaster® guitars over the years, but the original model remains her number one and most trusted to this day. This all-new Signature Telecaster® is a faithful recreation of one of the world’s most famous electric guitars, recognized for its churning Tele rhythms and the rugged sound it lent to the Pretenders and Hynde’s other various projects.

“It was a true honor to bring the Chrissie Hynde Telecaster® to life,” said Justin Norvell, EVP Fender Products. “This guitar is as legendary as the artist who inspired its namesake and personalized design features. Chrissie really wanted this model to be as faithful as possible to its original, and she was right to – this Telecaster® is packed full of features that punch. From its beautiful Road Worn™ finish to its resilient stainless-steel saddles, the musical possibilities really are endless with this Tele in your hands.”

“We were honored when Chrissie Hynde agreed to work with us on an Artist Signature Series guitar,” added Neil Whitcher, Head of Artist Relations, EMEA. “The music that Chrissie has put into the world over the last four decades has helped shape the way thousands play guitar today and has defined the sound of the Fender Telecaster® forever. We can’t wait to see what players around the world do with this guitar.”

Born in Akron, Ohio, Hynde’s long and influential career as an artist and singer-songwriter started shortly after moving to London in 1973. Hynde began writing for NME and associating with the stars of the then-nascent Punk scene, such as Johnny Rotten, Sid Vicious, and Vivienne Westwood. After playing in several bands, she formed The Pretenders in 1978, releasing such classics as the UK #1 "Brass in Pocket," "Talk of the Town," "Message of Love," and “I’ll Stand By You” to commercial and critical acclaim throughout the `70s, `80s and `90s. Uncompromising in her D.I.Y. attitude and persistent work ethic, Chrissie’s career has spanned multiple world tours, number #1-charting singles, a performance at the original Live Aid, and legendary collaborations with everyone from Frank Sinatra to Nick Cave. She released her 11th Pretenders studio album, Hate for Sale, in July of 2020. 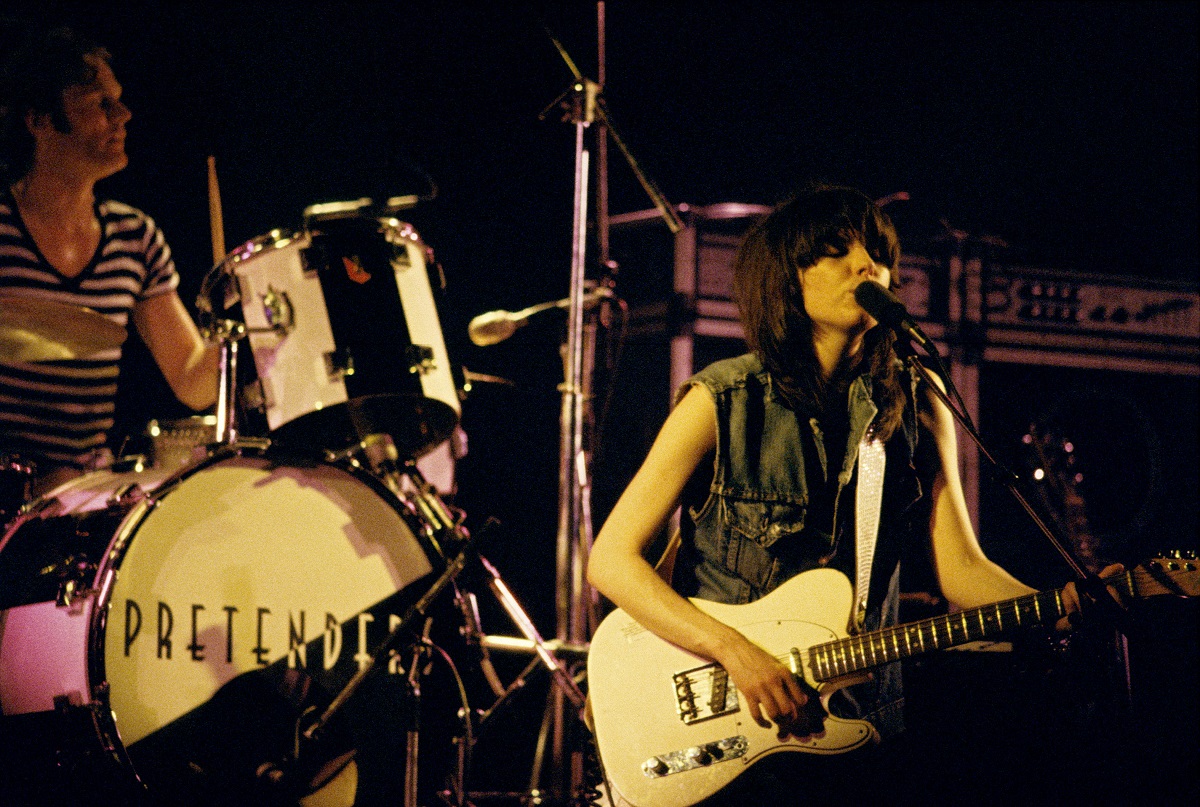 DUNSTABLE, UNITED KINGDOM: Martin Chambers and Chrissie Hynde of The Pretenders perform on stage at the Queensway Hall on March 1st 1980 in Dunstable, United Kingdom. (Photo by Graham Wiltshire/Redferns)

In true tradition, the Fender® Artist Signature Series honors iconic musicians through product progression and storytelling, creating instruments inspired by the unique specifications of the world’s greatest guitarists and bassists. Fender discusses the all-new Chrissie Hynde Telecaster® specs and all details in an episode of Fender's serialized social video series: Fender Demos. Fender Demos is an educational video series focused on providing a deep dive into Fender’s newest products. The series focuses on showcasing not only the key features and benefits, but also the sonic quality of Fender’s instruments, amplifiers and pedals. In addition to product demos, the series also provides valuable beginner, intermediate and advanced tone tips, set-up and maintenance guides and insights to getting the most out of your Fender gear. 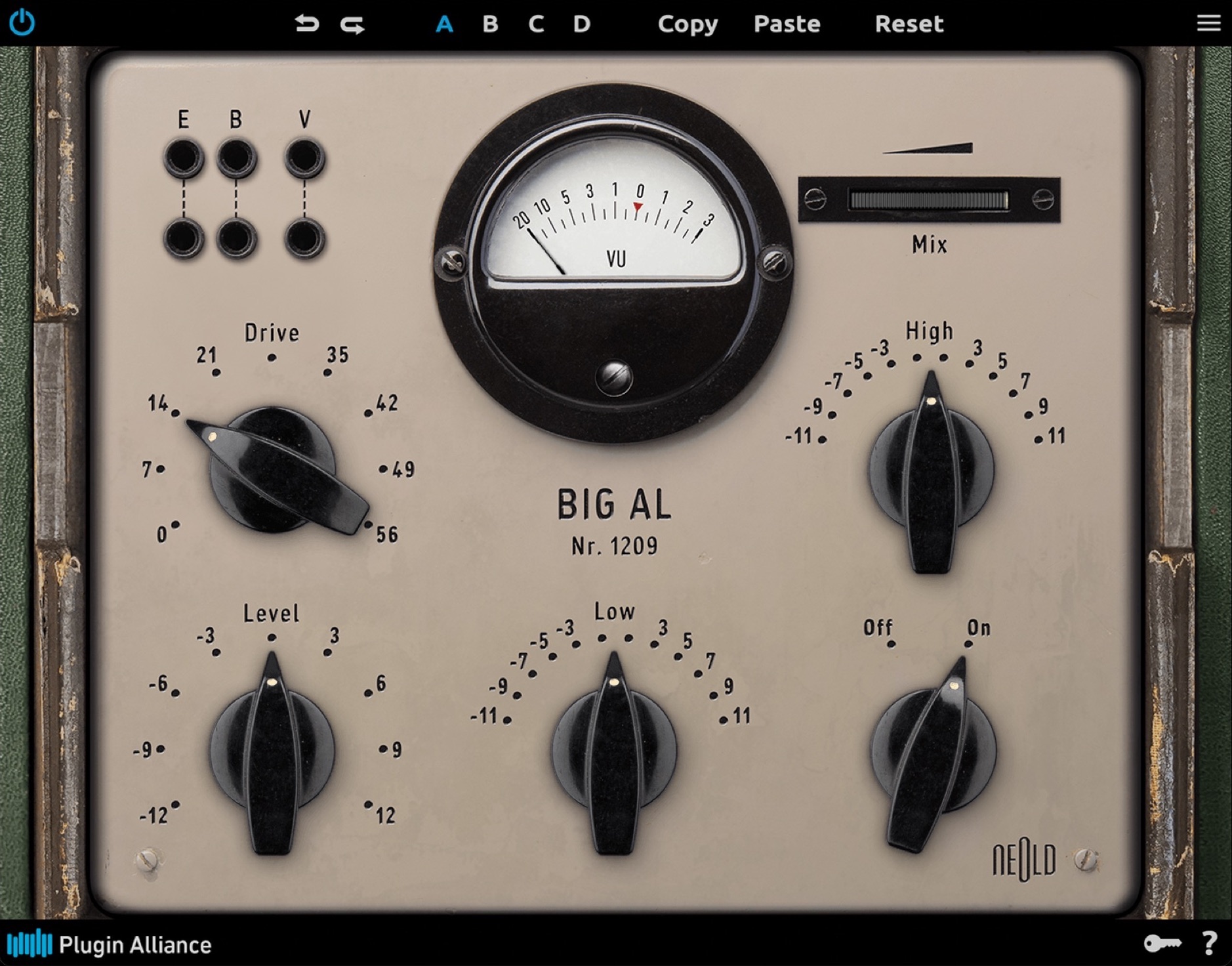 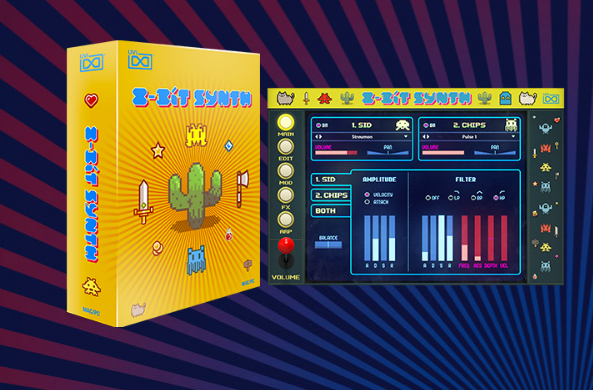