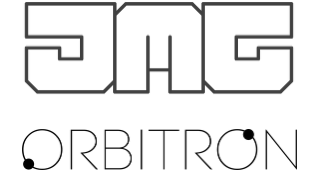 Multi-modulation tool that modulates and blends between four effects 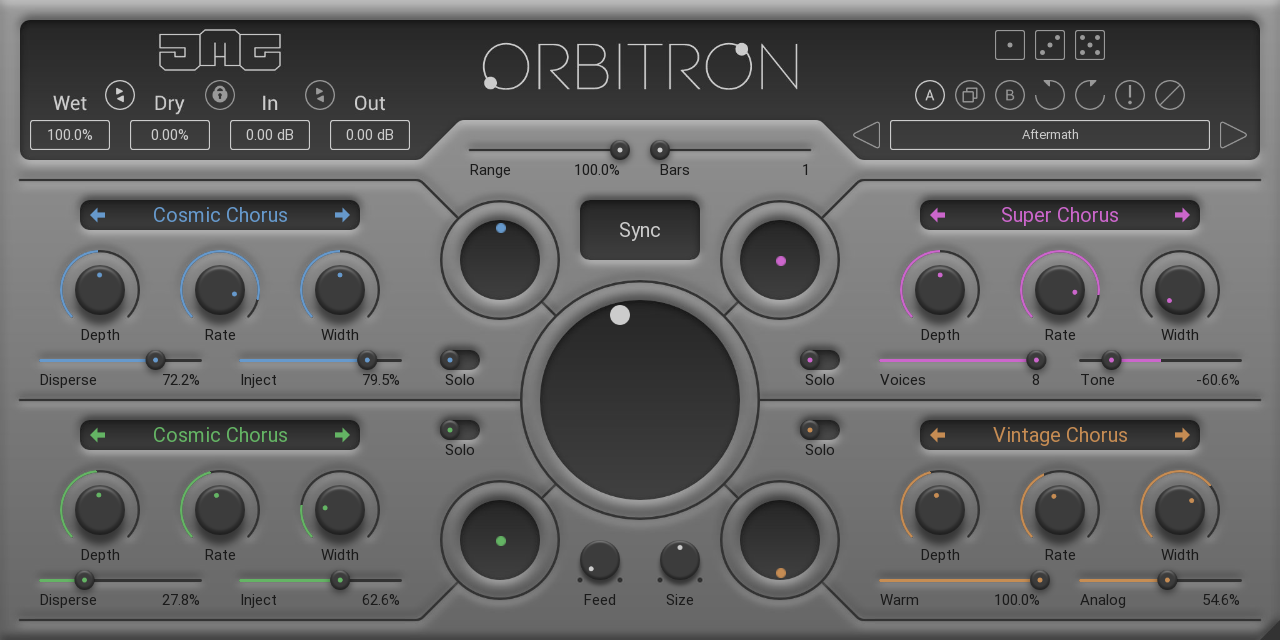 As a multi-modulation tool that can creatively breathe life into instruments with subtle organic variations, fatten up synth sounds with rich evolving unisons, or create out of this world rhythmical spinning resonances for complete creative chaos, each of Orbitron’s four effects sections can be set to one of 12 modes: Chaos Vortex — a multi-band spinning effect, based on the Doppler effect, which is the change in frequency of a wave in relation to an observer who is moving relative to the wave source (with Spin setting offsetting the speeds for the bands, while Radius offsets the distances for the bands); Cosmic Chorus — a creative four-voice chorus with delay and feedback for each voice (with Disperse setting creating randomisation in the delay times, while Inject increases feedback levels, focusing more on higher frequencies); Future Flanger — a creative flanger with delay and feedback (with Scream setting increasing the feedback level for the flanged voices, while Stasis increases the delay time and decreases the modulation range, reducing resonance); Infinite Combs — a series of modulated comb filters that create the Shepard tone effect, which creates the auditory illusion of a tone that seems to continually ascend or descend in pitch yet which ultimately gets no higher or lower (with Range setting controlling the minimum and maximum frequency of the combs, while Pattern selects the direction of movement, with variations in feedback inverted combs); Kinetic Resonator — a filter with resonant peaks and modulating frequencies inside a feedback loop (with Feedback setting controlling the feedback level, while Type selects the filter type); Liquid Filter — a morphable HP (high-pass)/LP (low-pass) filter with sweeping cutoffs (with Resonance setting controlling the amount of resonance relative to the frequency — negative values having the opposite effect, while Morph distributes the modulation range between HP and LP, where a blend of both is essentially band-pass); Phat Phaser — a modern phaser that oscillates between 200Hz and 2kHz (with Complexity setting selecting the number of delay lines used, while Talk controls the feedback levels — negative values having the feedback polarity reversed); Rotary Speaker — a simulated vintage rotary speaker cabinet (with Ratio setting offsetting the speaker distances from each other, while Fast multiplies the speed to emulate the classic fast rotary sound); Space Time — a multi-band and multi-tap array of modulated delay lines (with Metalize setting controlling the level of a complex feedback network, while Diffract skews the delay values, changing the sound character); Super Chorus — a modern, clean, and tight chorus (with Voices setting selecting the number of voices used in the algorithm, while Tone focuses the voices to higher or lower frequencies); Tape Flanger — a classic analogue tape flanger (with Saturate setting adding tape distortion focusing more on lower frequencies, while Double mixes in a 50%-faster second flanger with increased delay times); and Vintage Chorus — a classic two-voice chorus with a rich, fat sound (with Analog setting creating random variations in each voice, while Warm adds saturation to the voices and reduces some high frequencies).

And as if all that was not enough to be getting on with, modulation-wise, the central (mix modulator) section of Orbitron contains controls for blending between the selected four effects. Taking centre stage in the GUI (Graphical User Interface) is a circular ‘planet’ displaying a spinning dot to show the mix position of the four selected effects — effectively orbiting through each effect’s ‘gravitational field’, in other words — which can be set to one of four modes: Sync — spins in time with the host DAW (Digital Audio Workstation) at a set number of bars; Free — spins at a constant (non-synced) speed; Random — modulates the mix position with smooth, random movement; and Manual — a static mix of the four effects, enabling users to drag the dot to the perfect sweet spot. Additional associated controls comprise: Range — controls the depth of the mix modulator, whereby the higher the value the more audible difference there will be when passing by each quadrant; Bars — selects the Sync speed for the mix modulator measured in bars, whereby a value of 4 means that it takes four bars for the dot to make a complete circle; Speed — controls the rate of the mix modulator, whereby the higher the value the faster the dot will spin; Feed — controls the amount of circular feedback courtesy of JMG Sound’s unique circular feedback system feeding the signal from the previous effect into the input of the next effect, round and round again; and Size — controls the delay sizes for the feedback loops, the latter allowing users to add anything from short metallic resonances to lush, evolving reverb.

Orbitron, of course, comes complete with an abundance of presets creatively crafted by professional producers and sound designers with which users can quickly get going — no need to panic about getting to grips with the complex audio processing techniques involved, despite them being beautifully balanced with those easy-to-use controls that are duly delivered in abundance themselves. Those professionally-programmed presets are also conveniently categorised into the following groups: Solo — only uses one effects section, so is much more CPU (Central Processing Unit) efficient as it completely disables the three other effects and also the mix modulator system; Multi — uses all four effects sections that are of similar type (so, for example, a combination of four different chorus types would make for a rich and varied-sounding chorus yet would still, in essence, be a chorus), therefore these presets are grouped by effect type while taking advantage of the mix modulator system; and Hybrid — essentially multi-effects that fuse four different effects types. 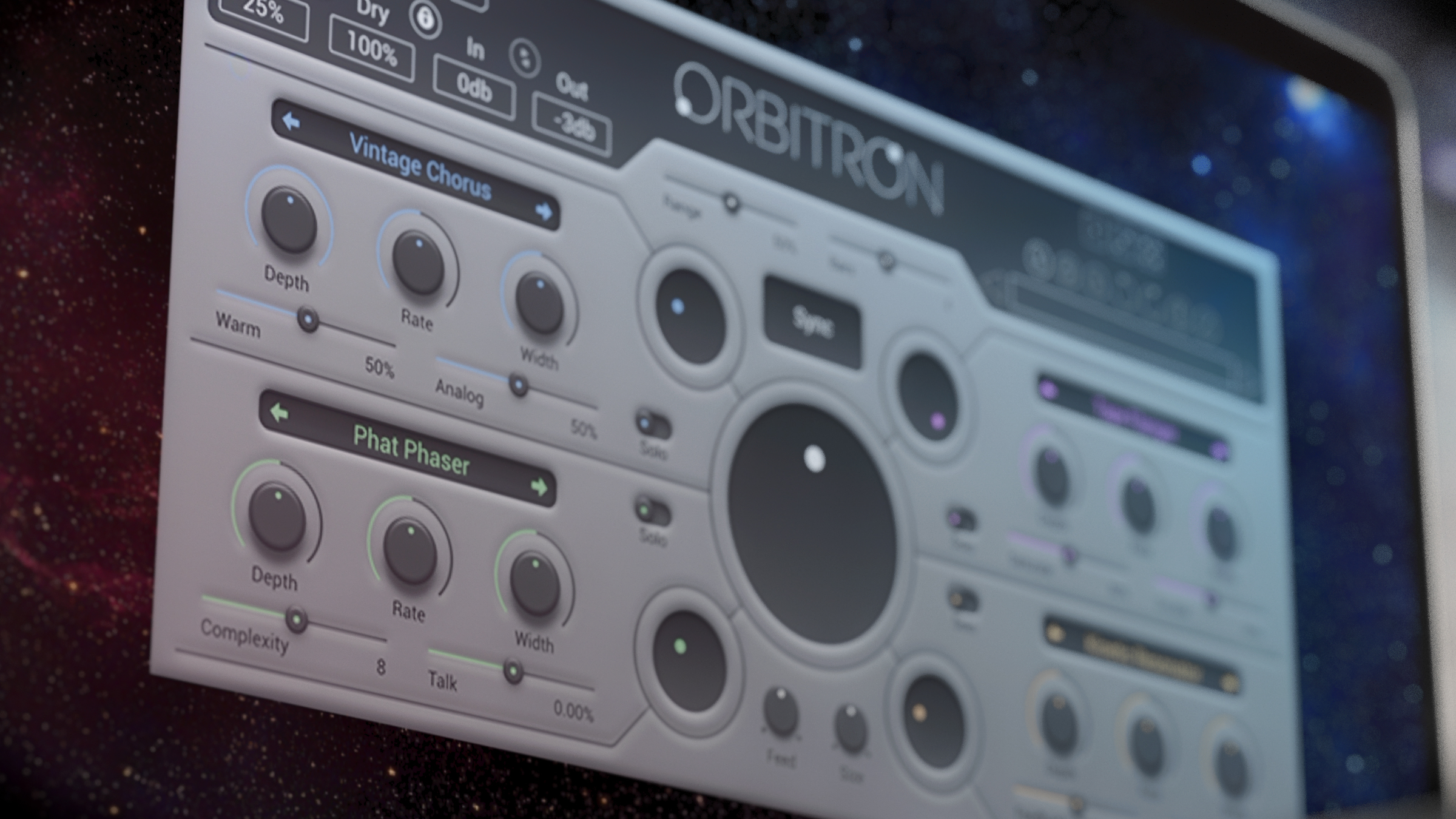 Put it this way: while Orbitron shares some similarities with the other products in the United Plugins stable — providing pre-eminent audio quality by utilising internal 64- bit processing so it can capably handle any sampling rate (right up to 192 kHz, or even higher); intelligently handling bypassing to ensure that there are no nasty clicks or harmful noises when automating the parameter and also compensating for latency by ensuring that the bypass states are perfectly in sync with each other; intelligently detecting whether it makes sense to perform processing at all, and if not, temporarily turning on sleep mode, meaning CPU usage is reduced to almost nothing, so saving valuable computing resources for other processes — it surely stands out from the sound of the plug-in crowd in an already overcrowded market as a multi-modulation tool that modulates and blends between four effects like no other by beautifully balancing complex audio processing techniques with easy-to-use controls.

JMG Sound’s Orbitron is available to purchase for a time-limited introductory promo price of only €29.00 EUR until March 7, 2021 — rising thereafter to its regular price of €129.00 EUR — as an AAX-, AU-, VST-, and VST3-compatible audio plug-in directly from United Plugins here: https://unitedplugins.com/Orbitron/ (A 15-day, fully-functional trial version for macOS and Windows can be downloaded for free from here: https://unitedplugins.com/download/)

Note that no iLok, dongle, or internet access is required for Orbitron activation. (All United Plugins software uses license files for activation and owners can freely use purchased software on all their computers as long as they are the user.) 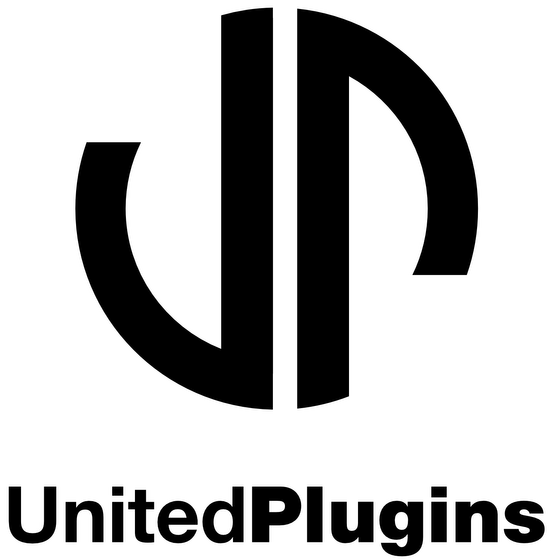 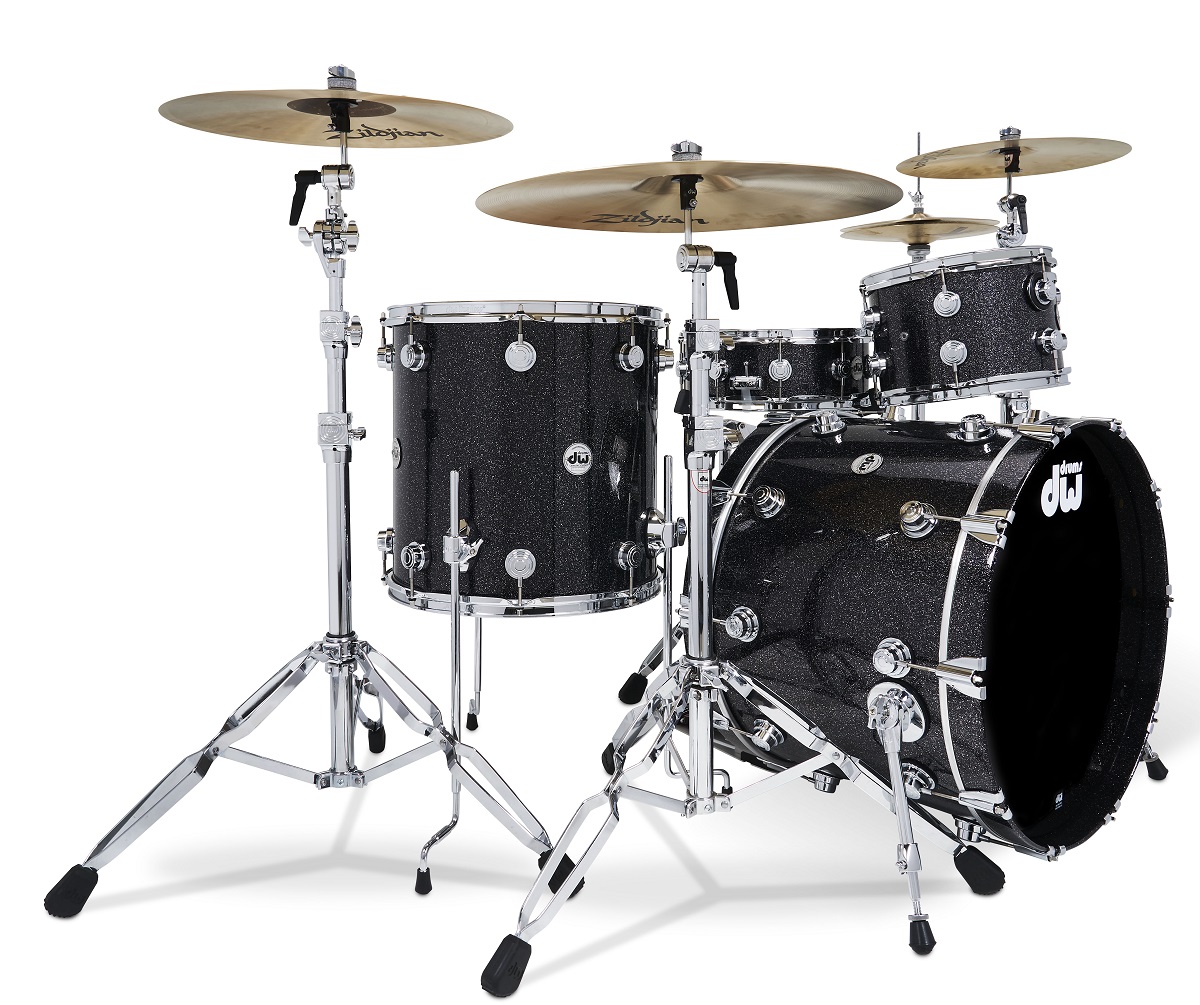 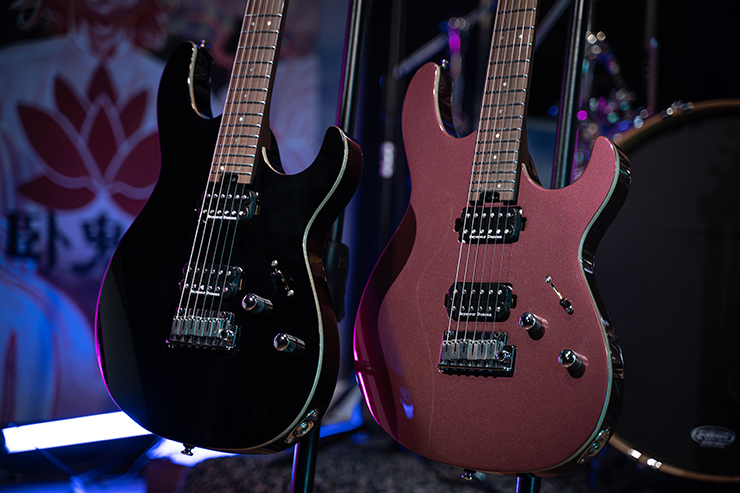