First introduced in 2007, the groundbreaking Roland CUBE Street was an instant hit among mobile musicians. Offering a high-quality, battery-powered sound solution for street gigs and other intimate performing situations, it quickly became a mainstay in the busking world and continues to be used daily by performers everywhere. In 2014, the series expanded with the CUBE Street EX, a more powerful and feature-rich model for larger audiences. Starting with the CUBE Street II, all newly developed products in the CUBE Street series will carry the BOSS brand name. 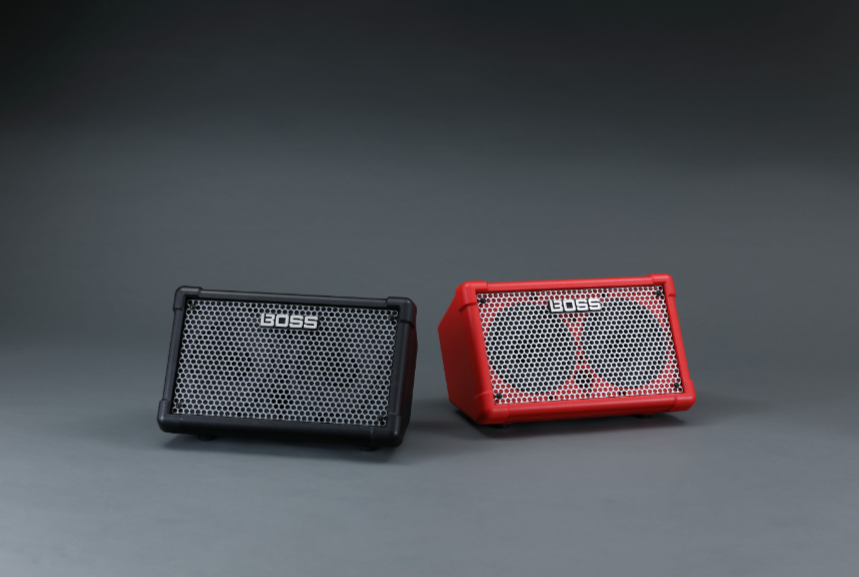 CUBE Street II is even lighter and more durable than its predecessor, thanks to a modern ABS injection-molded cabinet design. The output power has also been doubled, providing 10 total watts of loud and clean stereo sound to cut through street traffic, train arrivals, and other noise challenges on the gig. In quieter situations, users can engage Eco mode to reduce the power and extend battery life. 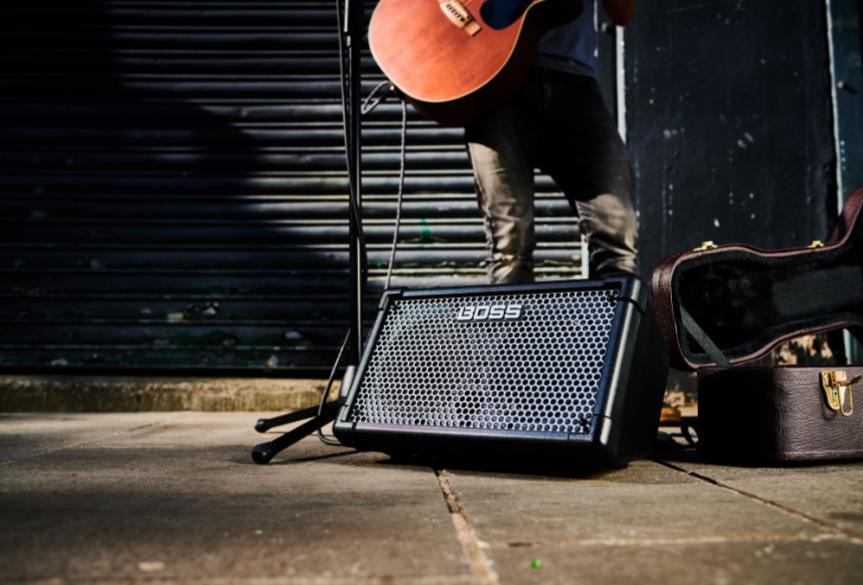 With two ultra-versatile input channels, CUBE Street II supports all types of musicians and performers. The Mic/Instrument channel features a combo jack for either an XLR balanced mic or an instrument such as a keyboard or Roland’s Aerophone Digital Wind Instrument. Equipped with a standard ¼-inch jack, the Guitar/Mic channel provides plug-and-play sound for guitarists with seven acoustic and electric amp types, as well as settings for a line-level instrument or unbalanced mic. 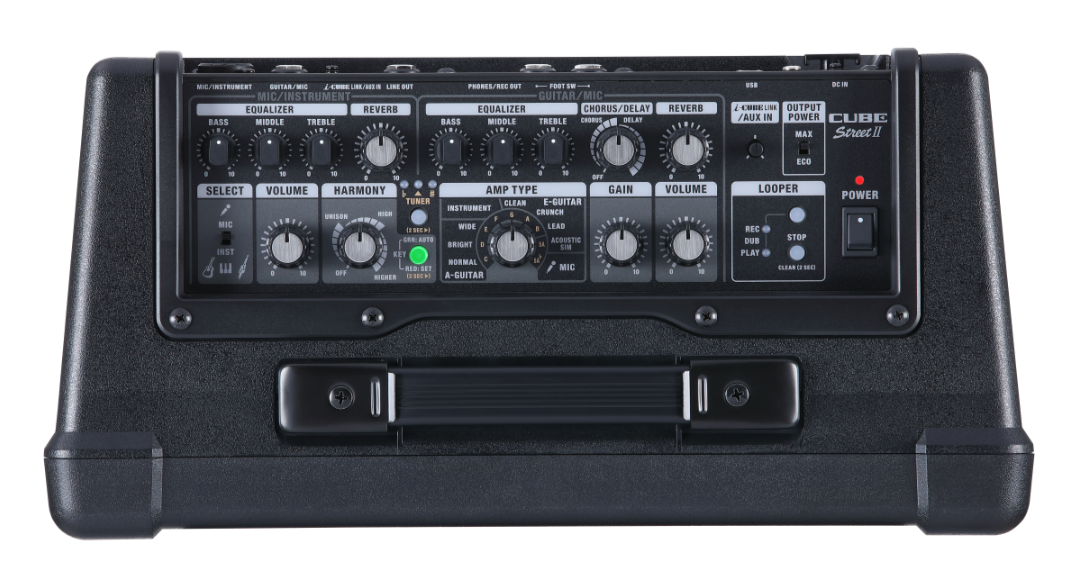 CUBE Street II also includes many great features to take performances to the next level. Each channel provides three-band EQ and reverb, and there is a chorus/delay effect on the Guitar/Mic channel. An automatic harmony function allows users to create impressive vocal harmonies based on the guitar chords they play or a preset key, and CUBE Street II also includes a built-in looper for creating backing tracks on the spot. 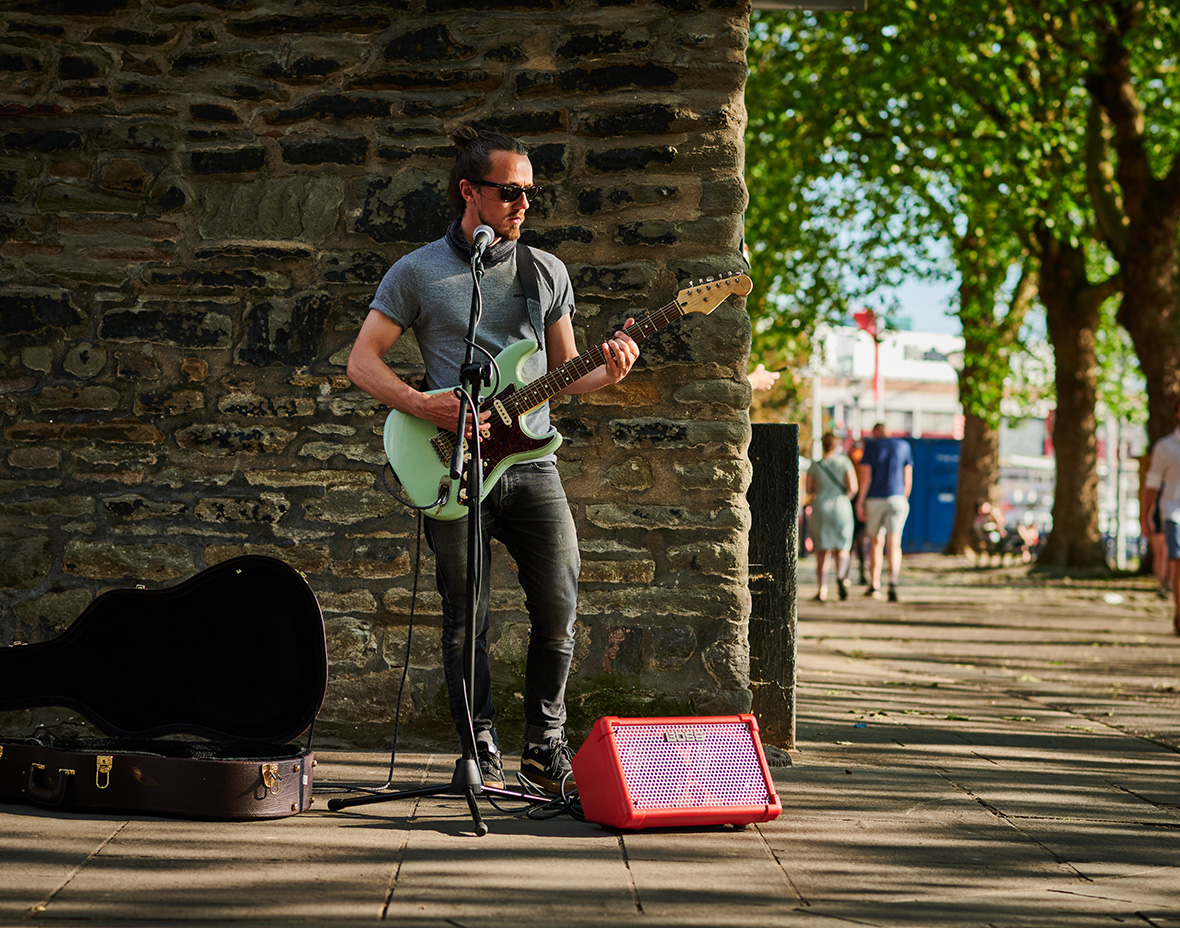 CUBE Street II helps performers reach both in-person and global audiences at the same time. Via i-CUBE Link and USB, users can send the amp’s audio output to video, livestreaming, or music production apps for on-the-spot capture. And while designed with performing musicians in mind, CUBE Street II excels in any situation that requires high-quality sound. It’s easy to move and set up anywhere, making it perfect for speaking in presentations, workshops, and school events. 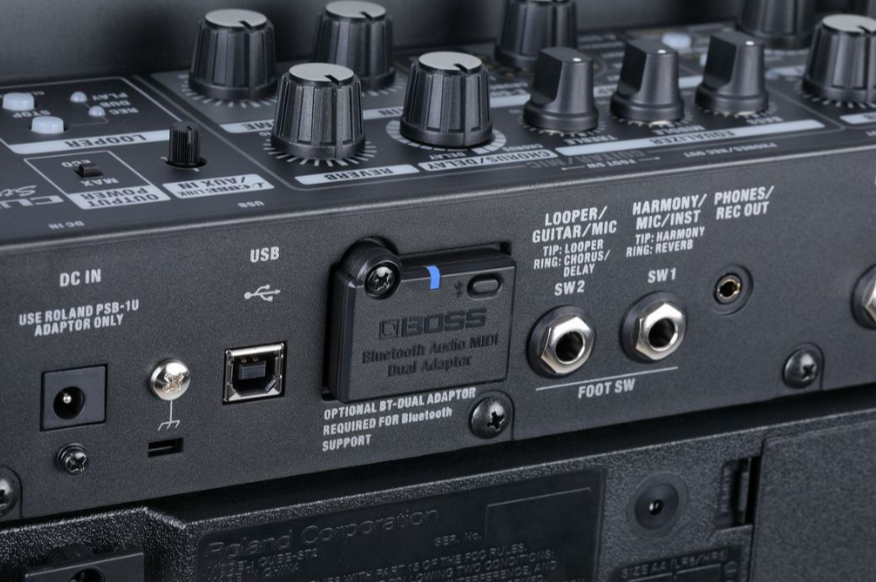 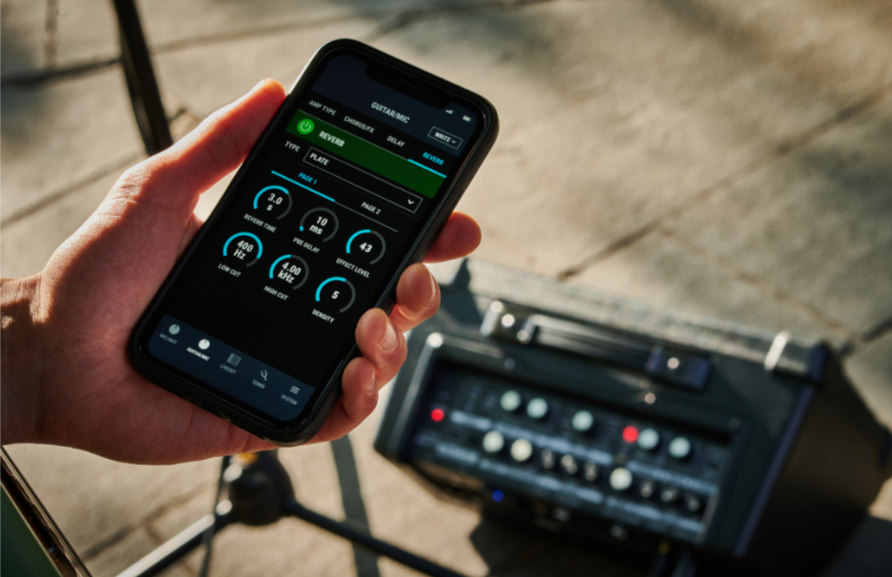 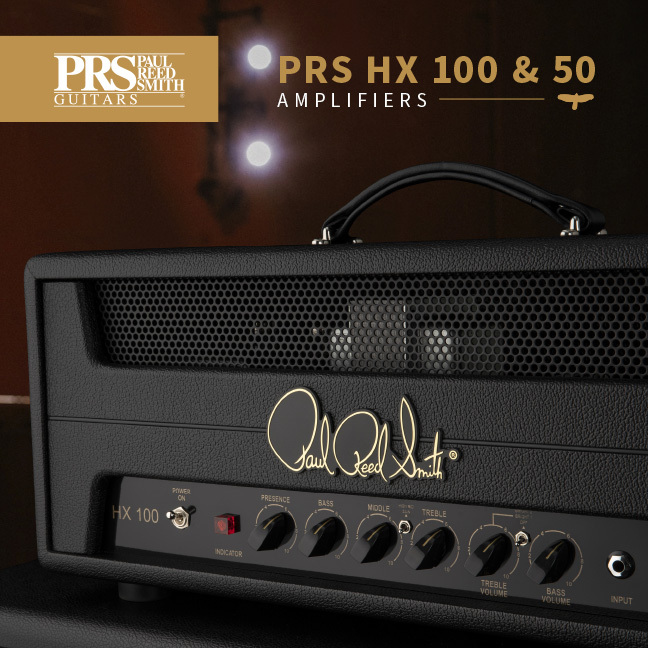 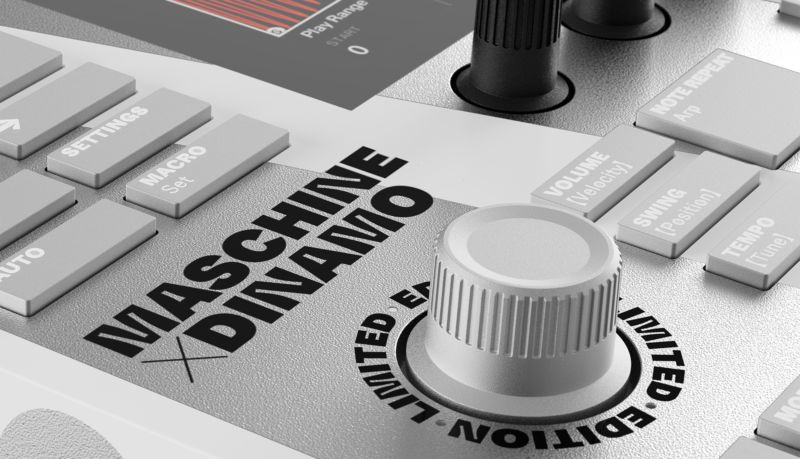