PRS Guitars New Models and Updates for 2022 are Here

(STEVENSVILLE, MD) January 13, 2022 – Along with the PRS SE Silver Sky announcement earlier this week, PRS Guitars has also introduced a wave a new and updated gear for 2022. Included in the announcements are two new 24-08 models, a Private Stock Limited Edition Orianthi, an updated pickup voicing for SE Series acoustics, and a few specification tweaks and new colors for the S2 and SE Series.

PRS’s versatile and intuitive 24-08 switching system has been around since 2011, first seen on the Private Stock Signature Limited model. Since then, it has found its home on the iconic Custom 24 model in Core and the SE Series. For 2022, it can now be found on the all-new S2 Custom 24-08 and SE Standard 24-08. 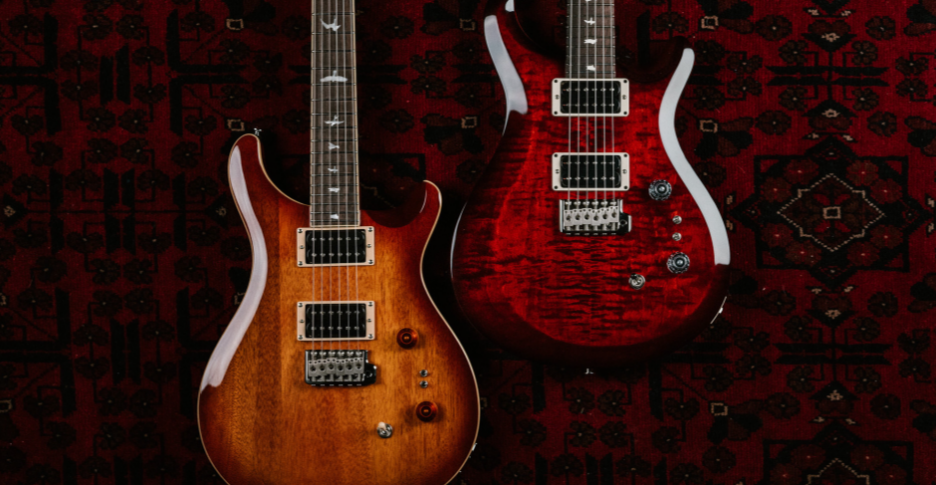 Pairing a volume, tone, and 3-way toggle pickup switch with two mini-toggle coil-split switches, 24-08 models offer humbucking and true single-coil tones in one instrument. With this set up, players can remove one of the coils from each humbucker’s circuit, leaving the second coil fully active with the flick of a switch.

“It’s not so easy to get eight musical, usable pickup settings in one guitar, but there is something special this system that stands out,” said Paul Reed Smith. “Being able to go from full humbuckers to the crisp clarity of single coils and having all the in between sounds brings a lot to these instruments.”

Watch demo videos for both new 24-08 Models below:

Private Stock is the pinnacle of PRS design, materials, and craftsmanship, and the Orianthi Limited Edition is an excellent example of this team in action. Based on a one-off artist build back in 2017, the Orianthi Limited Edition is a personalized Custom 24 model. Traditional specifications include a figured maple top, mahogany back, and a 24-fret, 25” scale length Pattern Thin mahogany neck with rosewood fretboard. Like the original artist-build, the Private Stock Orianthi features a custom “Lotus Vine” inlay (similar to PRS’s classic “Tree of Life” inlay) made from pink mussel and mother of pearl.

The Blooming Lotus Glow finish was newly developed to showcase the Private Stock grade maple top and sports a pink center that fades to a similar purple as the original opaque artist guitar. While the electronics function the same as the Custom 24 with a volume and tone control with 5-way blade switch, the Orianthi is outfitted with 58/15 treble and bass pickups for a round tone. 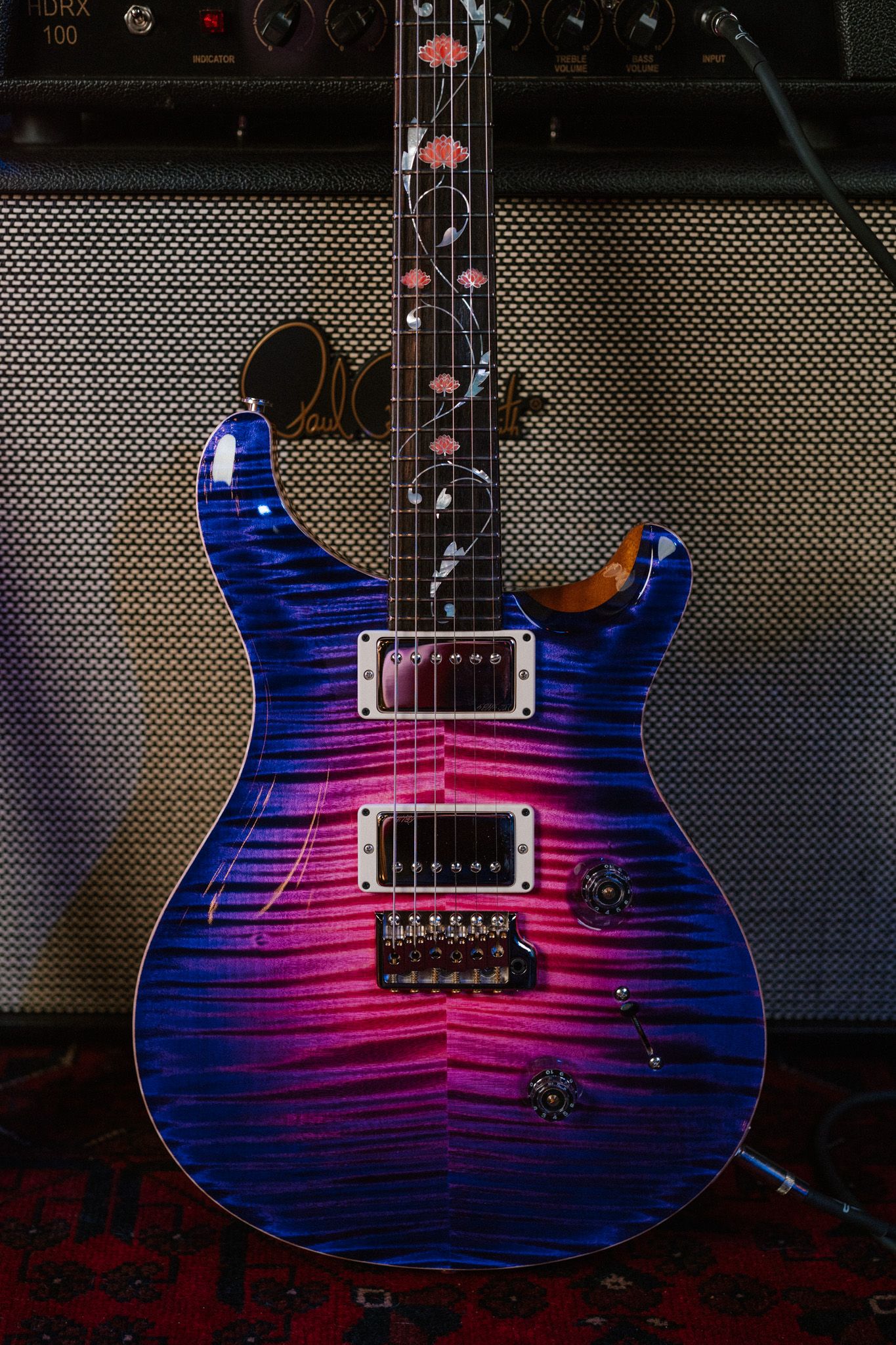 There is no limit to the number of Private Stock Orianthi Limited Edition instruments that will be made, but the order window is limited to January 11 – December 31, 2022.

EQ’d in Paul Reed Smith’s studio and implemented by Larry Fishman and his engineering team, the new PRS-Voiced Fishman Sonitone Pickup provides players with a warm, organic tone that allows the natural sound of the instrument to come through. This newly-voiced pickup can be found in all PRS SE Series acoustic guitars, including the P20E Tonare Parlor, T40E Tonare Grand, and the A40E, A50E, and A60E Angelus Cutaway acoustics.

“The EQ in this pickup system sounds like you mic’d the guitar,” said Paul Reed Smith. “It’s very musical. Everyone here is pleased with the sound.”

PRS acoustics have a unique voice, thanks largely to PRS’s hybrid X/Classical bracing. This bracing pattern features a traditional “X” brace at the soundhole and classical fan bracing across the belly, while the back and sides are “locked down” (akin to a speaker cabinet). This allows the top to more freely vibrate, and the instrument’s voice to project boldly and clearly. The exclusive EQ of the PRS-Voice Fishman Sonitone Pickup allows this voice to come through naturally, so players can move seamlessly between writing, recording, and performing live. 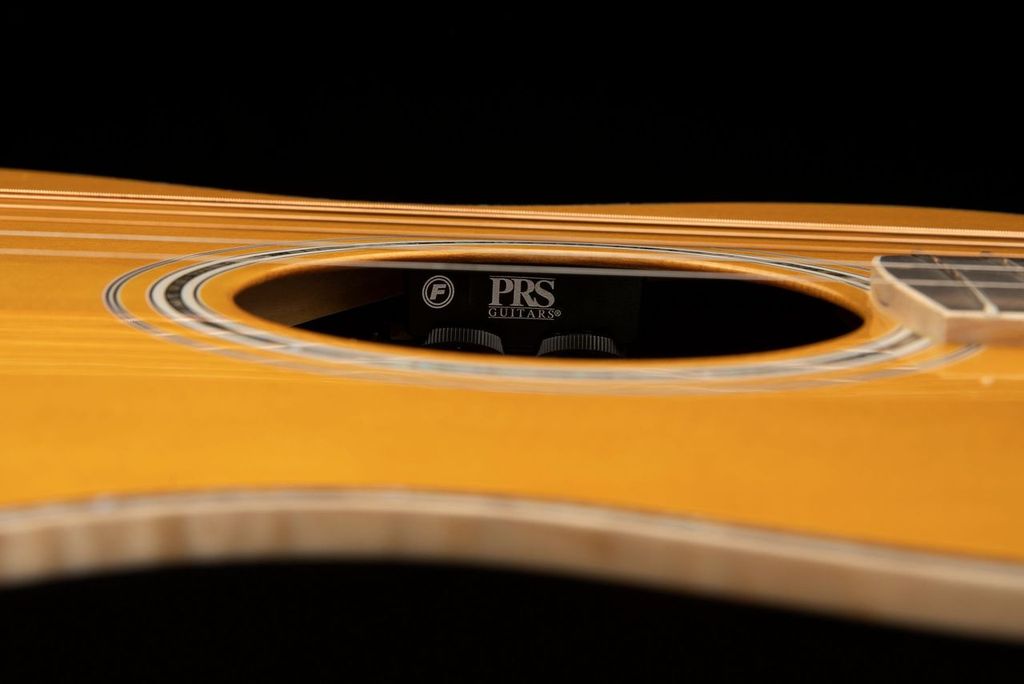 In the SE Series, the SE Mark Holcomb and SE Mark Holcomb SVN signature guitars and the SE Custom 24 Floyd now come with a shallow violin top carve, just as the SE Custom 24 and SE Paul’s Guitar have before them. The SE Hollowbody II and Paul’s Guitar have new color offerings with both models being offered in Black Gold Burst and Faded Blue Burst. 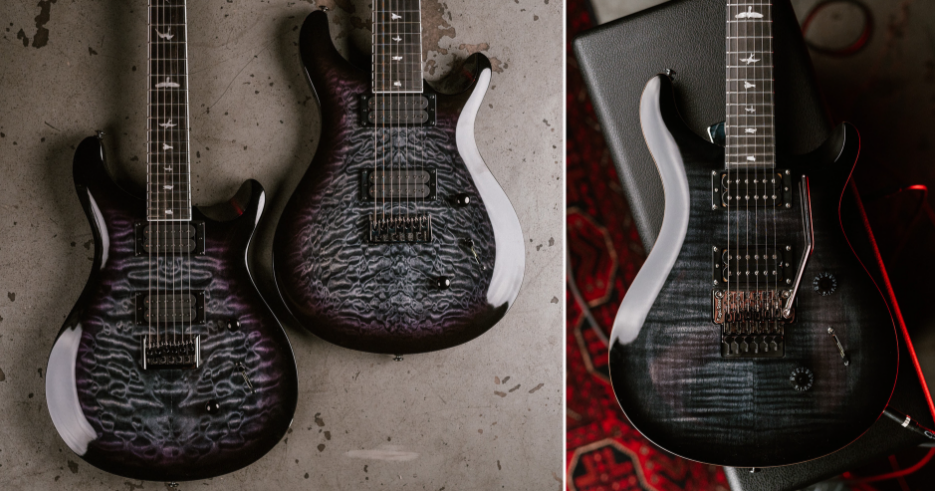 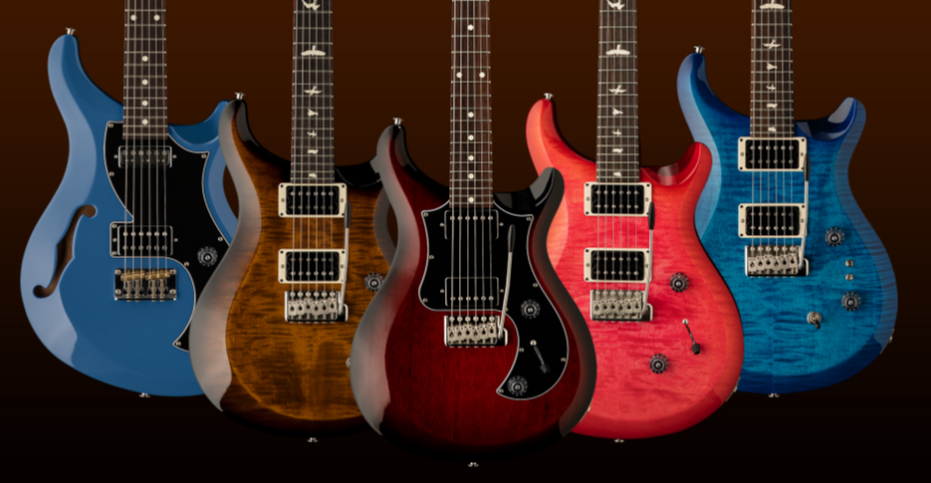 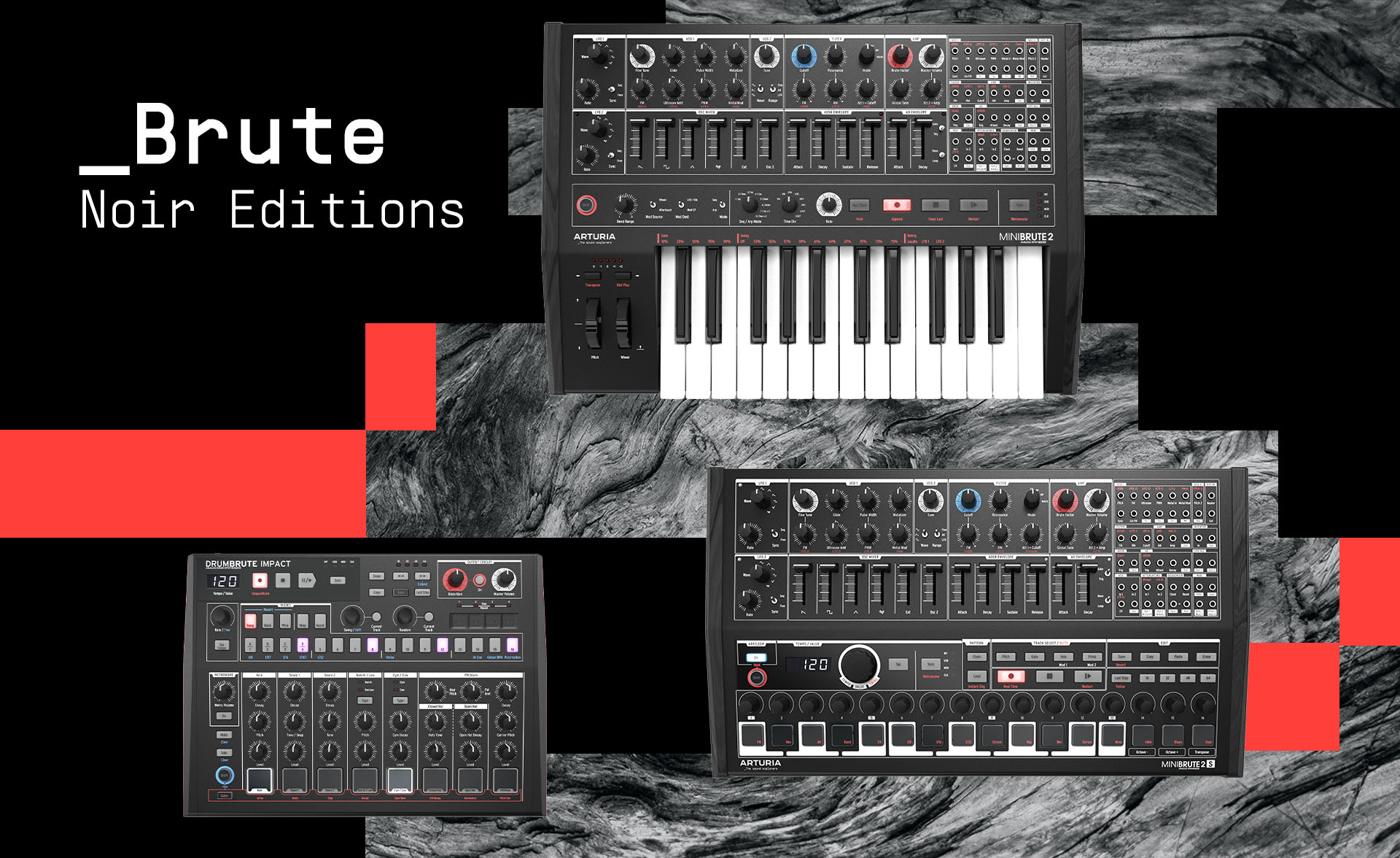 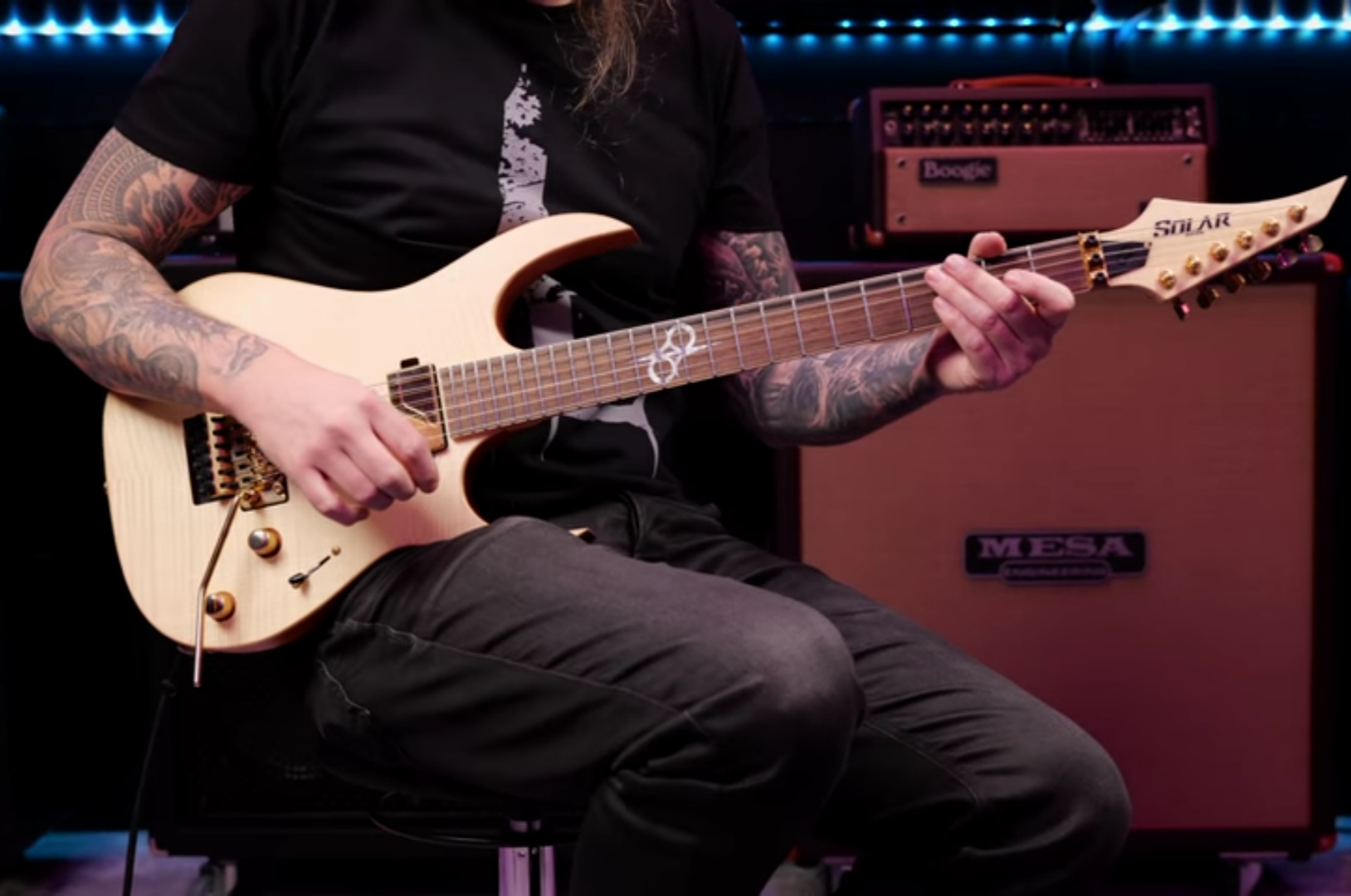