LONDON, UK: Spitfire Audio is proud to announce availability of ORIGINALS CINEMATIC FROZEN STRINGS — silencing winter woes with a sampled smorgasbord of low-level musical magic inspired by the icy atmospheric tones of the sound- specialising British music technology company’s critically acclaimed ALBION TUNDRA, itself creatively capturing a characteristically Scandinavian sound (sampling a 100-piece orchestra with a 56-piece string section playing never-before- sampled techniques at the very edge of silence), albeit featuring eight of London’s finest string players performing a selection of experimental techniques in the same hallowed (Lyndhurst) Hall at London’s legendary AIR Studios, similarly sampled at the quietest of levels where the real musical magic happens as a versatile library that can be used on its own for a distinctly raw and intimate sound or to add clarity and texture to a larger ensemble — as of January 6…

Readily representing the fourteenth fundamental instalment in Spitfire Audio’s ongoing ORIGINALS series of inspiring sample libraries making rare and classic instruments available to all, ORIGINALS CINEMATIC FROZEN STRINGS serves up next-level detail and definition through a bespoke Super Close signal, recorded using clip-on microphones on the bridge of each instrument involved. Indeed, there are three recorded signals — namely, Close, created using valve spot microphones (including rare, vintage AKG C12s, Gefell UM75s, and Neumann U67s) summed together for an upfront image of the string ensemble; Tree, a Decca Tree microphone arrangement, allowing for a spacious sound while capturing the natural resonance of the revered room that is Lyndhurst Hall at London’s legendary AIR Studios; and the aforesaid aptly-named Super Close, featuring DPA clip-on microphones, making for that extremely detailed and precise sound — all central to making ORIGINALS CINEMATIC FROZEN STRINGS what it is, housed as it is in the sound-specialising British music technology company’s award-winning AU-, AAX-, VST2-, and VST3- compatible, NKS (Native Kontrol Standard)-ready plug-in that loads into all major DAWs (Digital Audio Workstations) without the need for any additional software.

Saying that, though, what really makes ORIGINALS CINEMATIC FROZEN STRINGS stand out from the sound of the sampled crowd is its unique extended techniques and careful curation. By being borne out of the concept behind an acclaimed bestseller in Spitfire Audio’s ALBION TUNDRA, it offers sophisticated, dynamic performances and subtle textures with an exceptional sense of depth combined with a uniquely fragile and visceral tone fit for both small and widescreen settings. Indeed, it is designed to be incredibly useful and inspiring straight out of the box with presets loading up with controls set in the way that they are meant to be used. Ultimately, of course, control is relinquished to the end user, thanks to the five adjustable settings that are available as part of the classy custom-designed nature of the sound- specialising British music technology company’s award-winning, accessible, and affordable plug-in’s gorgeous GUI (Graphical User Interface): ‘Expression’ — controls the level of the technique; ‘Dynamics’ — increases or decreases the dynamic being played when using long presets, while limiting the lowest playable velocity when using short presets, acting as a dynamic range compressor in effect; REVERB — surely self-explanatory; RELEASE (in the long patches only) — changes the amount of release trigger that is heard; and TIGHTNESS (in the short presets only) — cuts further into the note being played to make it sound tighter, though this reduces realism. 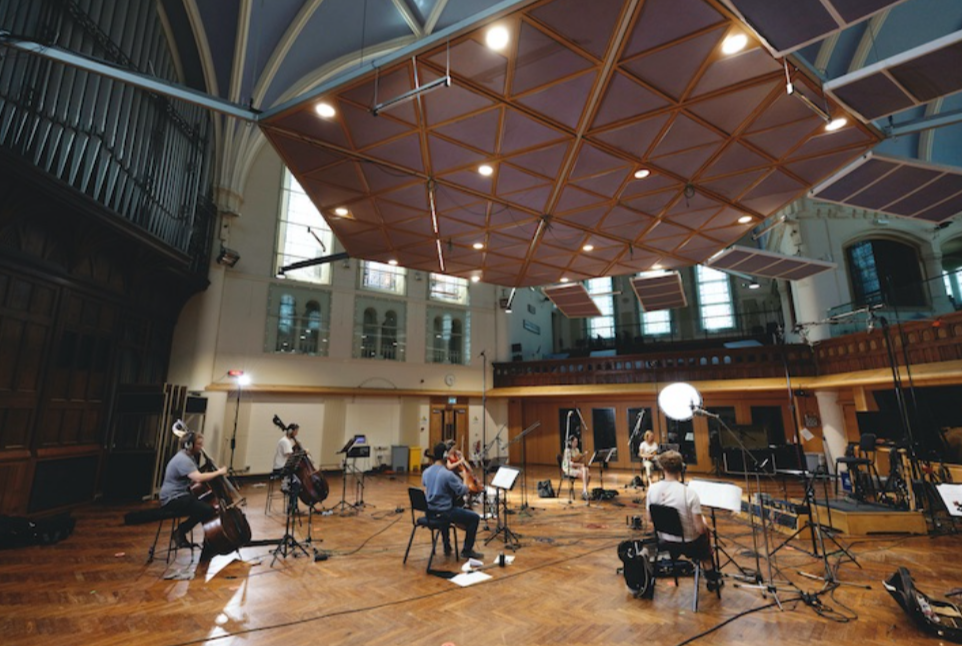 It is worth noting here, however, that those excellent eight players performing a selection of experimental techniques at ORIGINALS CINEMATIC FROZEN STRINGS’ carefully curated core were positioned antiphon — at opposite ends of the room — when creatively captured in an 2.2.0.2.2 arrangement. As there were no violas involved in the production proceedings, the mid-section of the frequency map was (intentionally) removed from the all newly-recorded results — hence those inspired icy atmospheric tones that the library duly delivers with the greatest of ease. 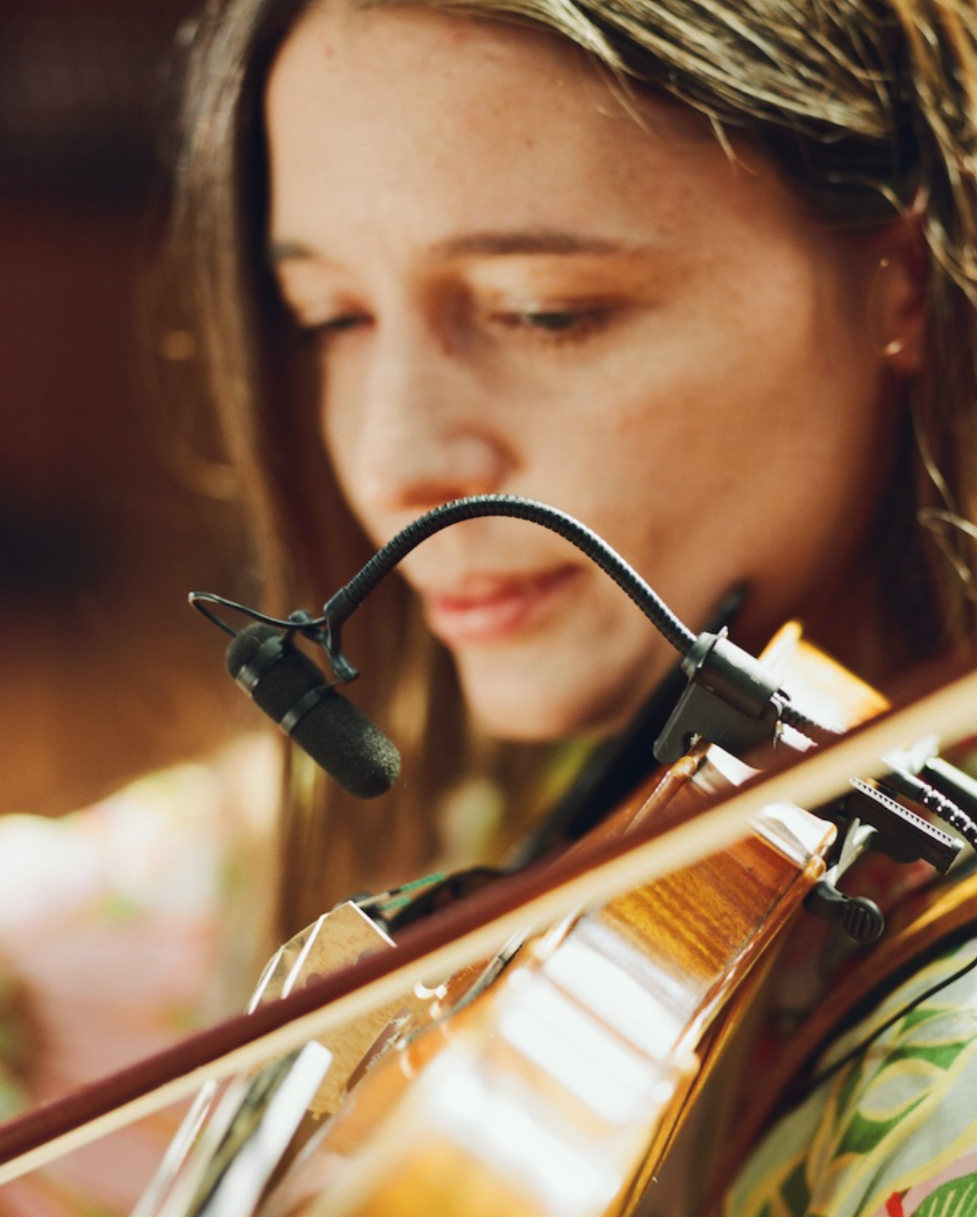 Duly designed for both aspiring and established media composers writing intimate scores or wanting to add more detail and experimental techniques to larger ensembles, ORIGINALS CINEMATIC FROZEN STRINGS is suited to those who use Spitfire Audio’s aforesaid ALBION TUNDRA, ALBION NEO — neatly turning the proverbial page to open a new decade-dawning next chapter in its bestselling ALBION... series sample libraries and virtual instruments as a modern cinematic collection centred around a chamber-sized orchestra with a super-intimate string section split by divisi across all articulations to offer anyone access to the incredible definition and expression of classic and progressive techniques creatively captured in the beautiful resonance of the hallowed (Lyndhurst) Hall at London’s legendary AIR Studios — or ORIGINALS INTIMATE STRINGS’ 8.6.4.4.3 chamber section featuring 25 of London’s finest string players expertly recorded in AIR Studios’ reverberant acoustics, and are looking for a smaller string section with which to add some subtle notes.

Needless to say, some noted composers who have had an opportunity to play with ORIGINALS CINEMATIC FROZEN STRINGS are already impressed by what they have heard. “CINEMATIC FROZEN STRINGS is an extremely useful toolkit for creative string articulations. It’s like a greatest hits of bowing techniques and subtle textures, which have become a staple of our craft; I especially like the Long Col Legno Tratto. Spitfire Audio libraries were some of the first out of the gate to cover new ground with extended techniques, and I love how they continue to evolve with sonic quality and ease of use.” So says Los Angeles-based composer, music producer, songwriter, lyricist, arranger, orchestrator, conductor, sound designer, and engineer Ronit Kirchman (The Sinner, Limetown), whose welcomed sentiments are echoed by the New York-based composer of music for concert works and film scores Alex Weston (The Farewell, The Novice): “I’m really loving it. Throwing a whole bunch of distortion/verb on the Harmonic Tremolo to double a synth lead? Don’t mind if I do! And that Long No Rosin patch is worth the price of admission alone.” 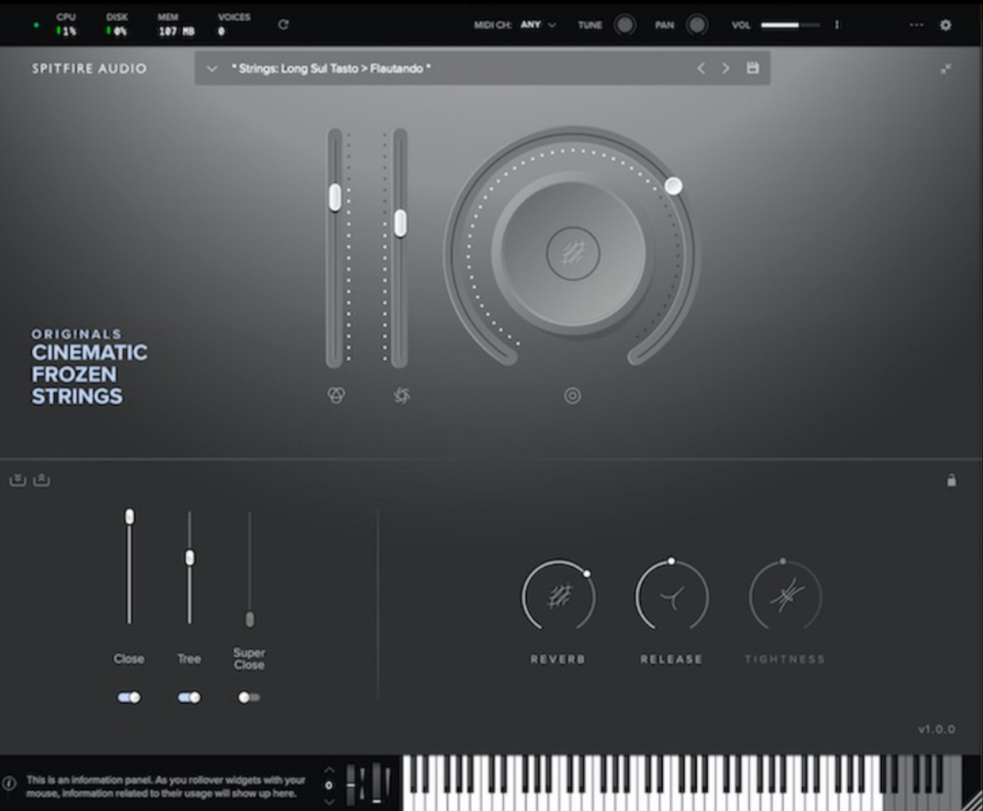 And it almost goes without saying, the price of admission to the fourteenth fundamental instalment in Spitfire Audio’s ongoing ORIGINALS series of inspiring sample libraries making rare and classic instruments available to all is truly open to all. As Dan Keen, in-house composer at Spitfire Audio, adds: “CINEMATIC FROZEN STRINGS is available now as part of our ORIGINALS series, and you can buy it for 29 Pounds, Dollars, or Euros. I have to say, this is one of my favourite libraries, and it’s definitely going to go into my template. This is a very small ensemble — eight players — recorded antiphonally in the same arrangement as ALBION TUNDRA, so if you’ve got that library, these are going to work really well together.” 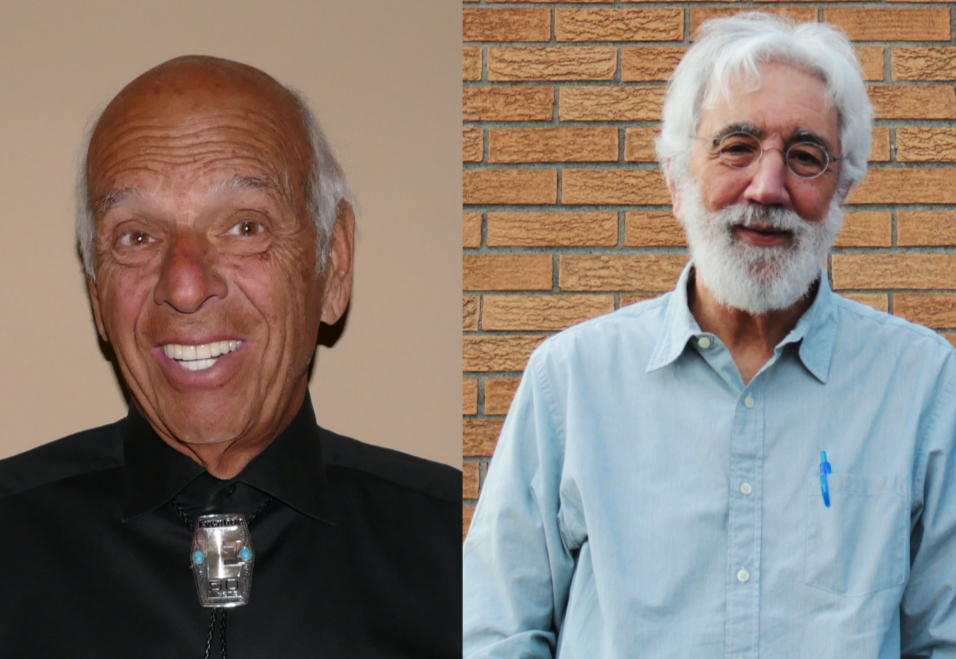