The RJM Mini Effect Gizmo (MEG) is a specialized product of great use to guitar and bass players who want to isolate a bunch of effect pedals in audio loops and place them under MIDI control for instant control without resorting to a rack-based solution.

Traditional pedal loopers/audio loopers are either: rack-mounted and controlled via MIDI foot controllers, or self-contained foot controllers with audio loops built in. The Mini Effect Gizmo is one of the rare products sitting in the middle. It features five isolated audio loops in a small box that can mount on (or underneath) your pedalboard, or you can stick it in the back of a rack shelf. From either location, it connects to an external MIDI foot controller for selection of loops.

In use, the Mini Effect Gizmo is brain-dead simple to operate — just like most other RJM gear, and equally worthy from the sonic perspective. Whether running all of your pedals in series or splitting them to the front of your amp and to the effects loop, the MEG can accommodate your needs as long as five loops are enough.

The RJM Mini Effect Gizmo has five audio loops wired in series, so no jumper cables are required to connect loops to one another. The face of the unit sports five LEDs that double as buttons for activating audio loops, and a Write button.

There is a choice of buffered or non-buffered input, and two outputs. The first output features RJM’s click-stopper technology, designed to reduce any unwanted audible clicks when disengaging audio loops by muting the output when the relays switch a pedal out of the signal path. The problem with relay switching (sometimes) is more noticeable for players with high-gain amps than guitarists outside the world of hard rock and metal.

The second output bypasses the click-stopper technology. However, both outputs remain active, so you can use the unused output for a constant connection to a tuner pedal without having to waste an audio loop. And if you connect to the un-buffered input and the non-click stopping output, your signal remains completely passive, passing only through the relays on the audio loops.

The MEG is equipped with DIN-7 MIDI jacks, and it provides phantom power to MIDI foot controllers. Of note is that it also passes phantom power along to other devices via its Thru/Out jack (limited to 1 ampere), so you could power a second MEG on your pedalboard from the same power supply if needed. If you don’t want to use the included wall wart, the MEG runs off of 9V DC (200mA), so your pedalboard power supply can most likely accommodate it.

We said it was brain-dead simple, and like other products in the RJM family of loopers and switchers, operation was extremely straightforward. We connected a few pedals in front of our amp in the first three audio loops (tuner, wah, and chorus) and then placed a delay pedal in our amp’s effects loop based on the following example hookup provided by RJM Music Technology: We used a Voodoo Lab Ground Control Pro MIDI foot controller to operate the loops, and thanks to the onboard phantom power, a 7-pin DIN MIDI cable was all we needed to power to our foot controller. Programming was as simple as this:

That’s it. Instant control over our pedals with single button simplicity! Although we could have placed our tuner in the unused output jack (which we tested first, just to confirm that the dual output scenario worked), that would have prevented it from doubling as a mute switch during silent tuning.
Besides the included wall wart, we also powered the MEG directly from our Voodoo Lab Pedal Power 2 Plus. Note: Connect it to jack 5 or 6 with the switch in Normal position.

Although you can easily attach the MEG to your pedalboard with Velcro, we would like to see the inclusion (or option) of a pair of L-shaped brackets so that it can be mounted underneath a pedalboard. On various PedalTrain pedalboards, for example, it would be easy enough to mount the MEG underneath and still be able to reach between the rows of pedals to press the loop buttons on the face of the unit for programming.

Would you expect anything less than exceptional audio quality from RJM Music Technology? Neither would we, and happily, the Mini Effect Gizmo didn’t disappoint us. We connected our test pedalboard to a 3rd Power HD100 amp, a boutique Plexi-inspired tone machine renowned for its extremely low noise floor, and played with both humbucker and single-coil equipped guitars.

After wiring things up as directed for sending audio to the front of our amp and some of it to the effects loop — using the buffered input, we fired up our rig and heard… something, but nothing we did to the preamp controls seemed to matter. Don’t forget to activate the loop where you’ve created a break point to the front of your amp! Once we realized our simple mistake, the rest was smooth sailing.

The MEG introduced no unwanted noise or signal coloration, and having all of our pedals under single-button instant switching control worked as beautifully as we could have hoped for.

The click stopper technology worked great. Using the CS Output, there was no perceived noise from the relays engaging/disengaging on various pedals in our effects loop as we stomped our way across the Ground Control Pro. According to the documentation, the technology works by introducing a very slight mute at the onset of the switching, but it happens so quickly that our high-gain lovers never noticed any sort of a delay, similar to using a studio-grade noise gate.

When running the output through the non-CS output, we could (in some scenarios) hear a subtle click from the relay switching, but it was actually much quieter than expected, and typically only noticeable when we had the amp set to a very high-gain tone and we weren’t playing anything at the moment. While playing and changing audio loops at the same time, we didn’t even notice the sound of the relay switching, so you’ve got a choice of either “very good” or “great” output depending on your requirements.

In typical RJM style, the MEG includes detailed documentation that fully explains how to use the looper, and multiple rig diagrams are provided that cover the various ways you might choose to implement it: pedals in series, some in front of your amp and others in the loop, and some in series and some in parallel.

The RJM Mini Effect Gizmo sells for $349, which is slightly pricey compared with some other rack and pedal-based audio loopers presently on the market, but like all RJM gear, you get what you pay for, and in this case you get a great tool in a compact package. 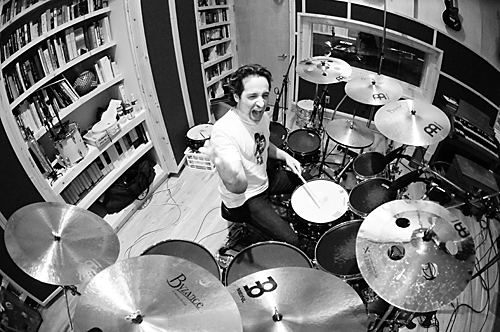 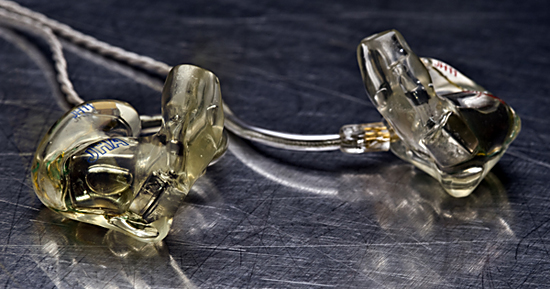