If the name JH Audio is new to your ears, fear not. Founder Jerry Harvey is the man behind many of the popular IEM designs from Ultimate Ears. Now that he’s got his own company, he has continued to innovate with new products that raise the bar for in-ear monitor (IEM) development, and plenty of pros are already putting his JH-branded products to use with great success.

The JH16 Pro is the flagship model in the JH Audio IEM product line, and with eight drivers per ear, JH Audio has managed to cram studio-worthy sound reproduction into these diminutive in-ear monitors. Why so many drivers? To combat the problem of distortion. It’s common with only a few small speakers in a typical IEM to hear a masked (distorted) sound because the small drivers just can’t reproduce a wide range of frequencies cleanly at a useful volume level. Directing different frequency bands to separate drivers delivers (in certain instances) a clearer sound than is otherwise achievable with fewer small drivers.

Just a few weeks after sending JH Audio our new impressions/molds, a custom set of JH16 Pros arrived, and we immediately put them to use both on stage and in the recording studio. Bottom line: the JH16 Pro IEMs rock! Comfort is as good as your custom molds were created, and sonically, we know why these are a top choice for demanding music professionals. The sound quality is nothing short of fantastic. Now if only we could let you put our custom JH16 Pros in your ears, you’d hear what a difference these eight-driver models make.

[Editor’s Note: Just getting started with in-ear monitors? Read our feature story here to learn all about why you need IEMs and how to implement them in your band.]

While many IEMs feature two or three drivers, the JH16 Pro knocks those numbers out of the park featuring eight drivers… per ear! The JH16 Pro IEMs include four low-frequency drivers, two mid drivers, and two high-frequency drivers, linked via a three-way crossover. Frequency response is 10 Hz to 20 kHz, and the IEMs provide -26dB of noise isolation.

It’s hard to imagine so many speakers crammed into a set of molds, but the JH16 Pros are the same size as other typical IEMs.

Another essential feature of IEMs such as the JH16 Pros is that they feature a detachable cable — entry-level IEMs do not. If something snags your cable while performing with IEMs that lack this critical feature (and eventually, you will snag your cable on something), you will have to send the whole set, cable and molds, back to the manufacturer to get repaired. Since the cable on the JH16 Pro is detachable, you can order a spare for as little as $32 in the online store and never risk being without your IEMs. The JH16 Pros come in a rugged, waterproof OtterBox, which will be extremely useful when you find yourself whitewater rafting and need a place to store the IEMs for later use at a campfire.

One feature that is absent from the JH16 Pros, however, is an onboard control for bringing room ambience into your ears, typically achieved by drilling a hole into the IEM and offering different tiny plugs for various levels of sound reduction. Some IEM users feel this is necessary for their personal live use, but there are plenty of solutions external to the IEM for capturing ambient noise.

We don’t have a strong opinion one way or the other as we’ve experienced great results with and without this feature, but our gut tells us that drilling a hole into any sealed IEM compromises the audio quality, kind of like adding a port to a studio near-field monitor that wasn’t designed with a port in mind.

Like any IEMs that have personally been molded to your ears, putting them in is a simple procedure. They plug into any personal monitoring system just as easily. No rocket science involved.

If you are new to IEMs, we have the following essential advice for you: personal monitoring systems (PMS), like the Shure PSM600/900, etc., feature an onboard brick-wall limiter to protect your hearing from excessive volume or audio spikes. It is critical from a health and safety perspective that when using your JH16 Pros to record in a studio or to listen to your iPod, you reset the volume to zero first and ease the volume upwards safely as there are no safeguards in place without a PMS.

A sudden burst of extremely loud audio fed directly into your ears via custom-fit IEMs can be extremely dangerous for your hearing, and it’s not the same as if you had a pair of studio headphones on and swiftly threw them off your head. It can take a few full seconds to remove the IEMs from your ears.

We put the JH Audio JH16 Pros to use in numerous settings — from stage to studio and beyond, and in every case the sound quality was stellar. Our previous IEMs were a two-driver model that was popular five years ago when we last made the investment in custom molds, and the improvement in sound quality from the JH16 Pro transformed what we listen to in our monitor mix.

When tracking vocals in the studio, the clarity and depth of tone from the JH16 Pros was inspiring. It enhanced the ability to perform on a high level because of how clearly everything could be heard. Plus, since the low end has multiple drivers, the kick drum and bass guitar could be up in the mix without distorting the overall mix, and the low end never overrode the clarity of the vocals.

When used in a live band setting with a loud audience — and an even louder rock band, the JH16 Pros worked great, too. With numerous older IEMs, there was always a limit to what could be placed in the in-ear mix while still being able to clearly hear all the separate instruments and voices.

When vocals were our priority, bass guitar and kick drum were just not a serious option for the monitor mix as they created far too much rumble and distortion. The JH16 Pros were so clear, though, that we added almost the entire band (bass and kick included), and all of the vocals, into the mix. It really sounds like you are listening to your own band played back on an iPod. Full and clear.

Last, it should be noted that unless you have a great engineer and time for a legitimate sound check, floor wedges never sound anywhere near as clean as the JH16 Pros. We discovered that in general, the JH16 Pros sounded best when our monitor mix had a relatively flat EQ — they are already “tweaked” to sound well balanced. We did need to make another adjustment to our monitor mixes for vocals, though. If vocals are sent to your mix with a ton of reverb, they become too muddy and unclear (compared with the pristine sound of the instruments in the band). Turn down the vocal effects, or apply a shelving filter to the reverb to pull it out of the lower frequencies, and you’ll hear a bright and crisp vocal tone.

In an acoustic setting such as a coffeehouse or a bar, one may think that using IEMs is overkill, but we tried the JH16 Pros there anyway. What we found was that using them eliminated the ambient noise and helped us concentrate on dynamics, feel, and blending vocal harmonies with grace and subtly that sometimes gets lost in an ambient setting. It’s much harder to hear nuances in a live venue without monitoring. The IEMs also helped keep us from “over singing” to compensate for the lack of monitors we’d otherwise deal with in the café setting.

The JH16 Pros came with a factually useful — and at times hysterical — booklet. It has everything you need in there to teach you how to use your IEMs properly, and how to care for them when not in use. “Your IEM may also like it if you occasionally sing to it, but that's your call, not ours” is but one of the many gems that had us laughing.

Customer support was great, but the website leaves a bit to be desired. It is really funky looking and not at all user-friendly. We recommend that if you are looking for examples of custom colors and artwork, you should head to JH Audio’s official Facebook page, which displays hundreds of examples.

The JH16 Pro in-ear monitors sell for $1,149 with a variety of standard color options. If you’d like to add custom art, single color art costs an additional $50, while multi-color art adds $100. This price is competitive with other flagship IEM models from other companies. 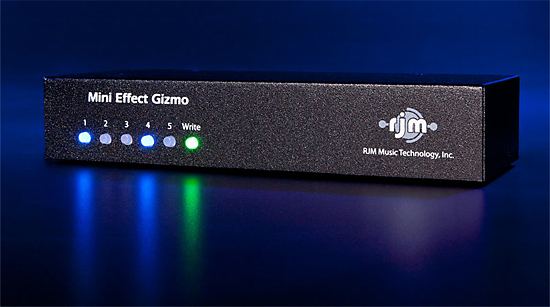 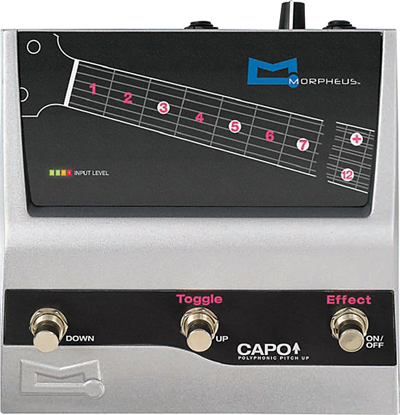