If you’ve tuned into rock radio anytime within the past 15 years, there’s no doubt that you’ve been exposed to one or more of Nickelback’s mega-hits. Selling over 50 million albums worldwide to date, Nickelback is clearly one of the most successful rock bands in the world. Their sound and writing style are unmistakable to anyone even vaguely aware of their existence.

Nickelback’s music has always catered to a broader audience than most hard rock and metal bands. To many rock “purists,” this approach has been enough to discredit their contribution to modern rock, but their professionalism, proficiency in their craft, and their influence on modern music are undeniable. The influence of heavier bands on them is immediately apparent in many of their songs, and they have always served as an excellent midpoint between popular music and hard rock and metal.

Band co-founder and rhythm guitarist Ryan Peake has been instrumental in Nickelback’s widespread success over the years. With humble roots playing small Canadian bars as a cover band guitarist, Peake has certainly seen the full extent of the music industry. One of the band’s more experimental albums to date (and one of our favorites in their catalog), 2015’s No Fixed Address has been met with positive reviews, debuting at number 4 on the Billboard Top 200 chart, and it sold more than 80,000 copies in its first week

We recently sat down with Ryan to chat about the band’s new album, his love of not-so-pretty guitars, gear, and more. 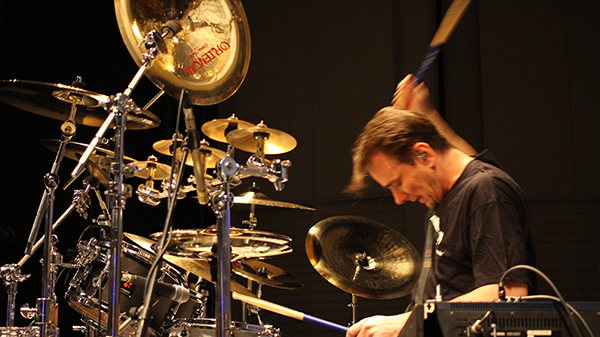