Original Song taken from The Greatest Showman
Single From Upcoming Album From The Screen To Your Stereo 3 Due Out May 3rd via Hopeless Records.
Available for Pre-Order Now at smarturl.it/nfgmerch

March 19, 2019 - Coral Springs, FL - New Found Glory have taken on one of the biggest film soundtracks in recent history with their cover of "This Is Me" from The Greatest Showman. Premiering exclusively with Variety, the track and video maintain the excitement and pride from the original film version while adding an iconic Pop-Punk feel as only New Found Glory can do.

In an exclusive interview, guitarist Chad Gilbert shares that this song, more so than any other song from their upcoming record From The Screen To Your Stereo 3, felt like it could have originally been a New Found Glory song: "What's really cool about 'This is Me' is that our friends loved the song. Older punk rock fans don't know 'The Greatest Showman,' haven't seen the movie. And they hear that song and they're like, 'This just sounds like an awesome New Found Glory song. This is a really good song.'"

Check out the brand new official music video for New Found Glory's "This Is Me" here:

Due out May 3, 2019 via Hopeless Records, the upcoming album is the third installment of New Found Glory's critically acclaimed nostalgic movie cover records. Not only did the band self-record the EP, they also self-produced the music videos for all 7 tracks! In the interview with Variety, Gilbert shares "quote about videos, creative concepts." Fans can pre-order From The Screen To Your Stereo 3 along with exclusive merchandise bundles today at smarturl.it/nfgmerch. 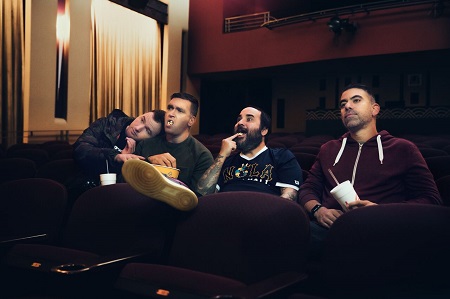 Featuring today's release along with fun and energetic NFG versions of movie soundtrack songs including "Let It Go" from Frozen, "Eye Of the Tiger" from Rocky 3, "Power of Love" from Back to the Future, "Cups" from Pitch Perfect, "A Thousand Years" from Twilight Breaking Dawn and "Accidentally In Love" from Shrek 2, this is set to be an album that music and movie lovers of all ages are sure to enjoy. Both New Found Glory and fans alike have been enjoying these re-imagined tracks for nearly 20 years, with the first collection of iconic tracks being released back in 2000. 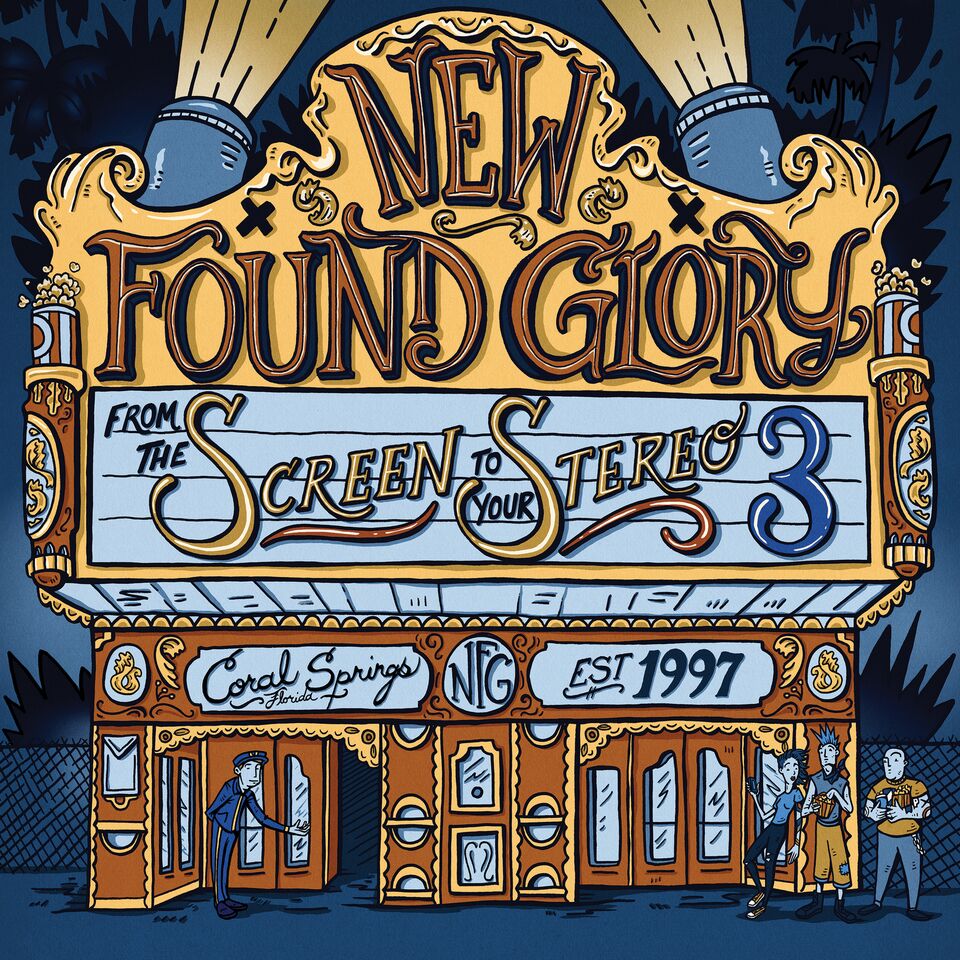 Looking ahead to this Summer, fans will have the chance to hear "The Power of Love" along with the other infectious cover tracks on the From The Screen To Your Stereo To Your Town Tour! New Found Glory will be joined by Real Friends, The Early November and Doll Skin for a stacked lineup that will be taking off across the United States beginning on May 30th. Super Fan Bundle Packages and general tickets for all dates are available now at newfoundglory.shofetti.com.

A full list of tour dates can be found below. 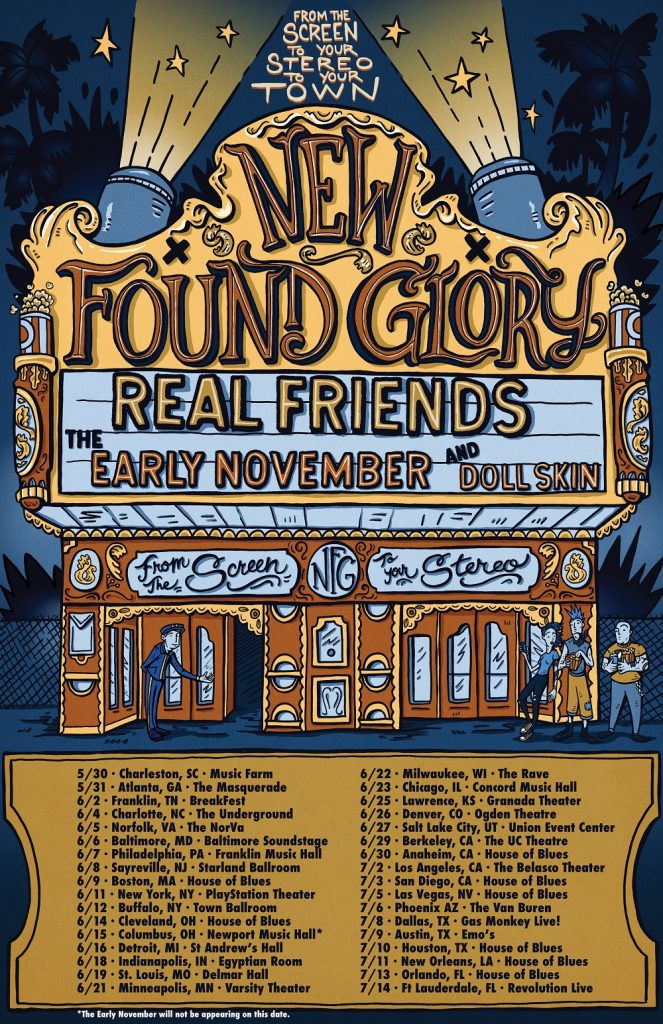 The From The Screen To Your Stereo To Your Town Tour will include a very special stop in Franklin, TN for the second annual BreakFEST, a full day festival showcasing not only music, but the most important meal of the day - breakfast. Taking place on June 2, 2019, the event will be held inside The Factory. Bringing together both old and new friends in the music scene like Mae, Hawthorne Heights, Microwave, Jetty Bones, Love You Later, Doll Skin, H.A.R.D. and tour mates Real Friends and The Early November, BreakFEST is just another way that New Found Glory continues to find unique ways to connect with their fans and their local communities. For more information, please go to http://breakfest.net/. 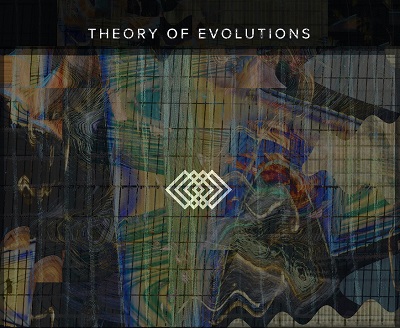 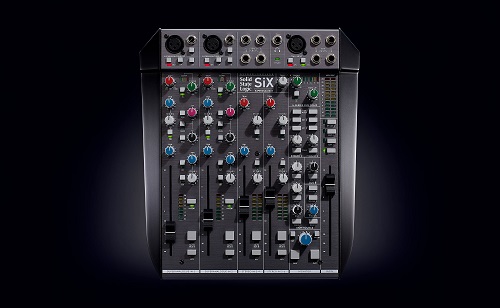