GRENOBLE, FRANCE: first available as PolyKB in 2010 before being updated to 2011’s polished PolyKB II followup, finally making its innovative musical mark on the VI (virtual instrument) scene at the tail end of 2016 to widespread critical acclaim as a more majorly updated ‘third time lucky’ reimagining of an ill-timed venerable vintage analogue polysynth from France that surely should have made more of a musical mark of its own with advanced waveform-morphing well ahead of its time, audio software company XILS-lab is proud to announce availability ofPolyKB III v3.5 — an authentic-sounding simulation of the ultra-rare RSF Polykobol II ‘white whale’ (which, sadly, saw the demise of its innovative creators, completely out of touch with 1983’s arrival of Yamaha’s digital dominance-triggering DX7 super-seller), albeit one on software steroids and now lifted to heightened levels of expressivity and musicality, thanks to several significant improvements over previous versions — as of May 20...

Of course, central to PolyKB III v3.5’s matchless modus operandi is its most revolutionary feature: free from aliasing, continuously-morphing oscillators. On paper, and in reality, it is this that still sets it apart from the many ‘run-of-the-mill’ analogue synth software re-creations readily out there since pushyPolyKB III programmers have instant access to hundreds of different analogue-modelled waveforms — from triangle to pulse, through to sawtooth — via VCO1, VCO2, and VCO3, its flexible, free-running oscillators. On top of that, those oscillators can also be controlled by all modulation sources, so — unlike three-oscillator vintage analogue hardware synths, such as the trailblazing Minimoog, for example — endless possibilities abound.

As is the case with the fellow French revolutionary RSF Polykobol II, to which PolyKB III v3.5’s unique sound is indebted, hearing is believing. But since Serge Fernandez’s RSF SA. Synthétiseurs merely managed 30 Polykobol IIs before running into financial difficulties — hardly surprising given its technical complexity (with 500-plus parts) and attendant (22kg) weightiness with a weighty price tag to match (equivalent today to €6,500.00 Euro), all of which were far from in keeping with the then-dawning ‘art nouveau’ digital age of dominating, desirable FM (Frequency Modulation) synthesis from Yamaha’s considerably cheaper ‘analogue killer’, the DX7, hearing the unique sound of PolyKB III v3.5 is a much more likely occurrence. Obviously, by being priced at an MSRP (Manufacturer’s Suggested Retail Price) of €149.00 Euro, it is also a much more cost-effective proposition, as well as saving time and space as a multi-format (AAX, AU, VST), 32- and 64-bit 16-voice virtual analogue soft synth plug-in (with switchable six mono/unison/poly playing modes) for Mac (OS X 10.7 and later) and Windows (7, 8, 10), fit for today’s DAW (Digital Audio Workstation) usage.

Ultimately, then, history has its way of making marks — musical or otherwise. Several significant improvements over its predecessors ensure that XILS- lab will once again be making its musical mark on the VI scene with PolyKB III v3.5. Indeed, its PATH function effectively ensures each note played makes its own sonic story for all to hear. While the VOICE XY and SPACE XY panels have had per voice modulation since v2.0, enabling each note to be different from the previous one with four XY modulation targets, together with true stereo placement, v3.5 permits PolyKB III users to freely draw a modulation PATH for each note in the VOICE XY and SPACE XY panels. Put it this way: now they can create all kinds of precise sweeps and fast filter/envelope/oscillator modulations for each note, or anything in-between, bringing about a huge range of totally new sounds, effects, and playing techniques. Think about it. Those three morphing oscillators provide PolyKB III with more oscillator variety than any other existing analogue synthesizer, including those allowing their users to swap between different banks of oscillators. Thanks to PolyKB III v3.5’s new PATH function, users can now freely draw waveform morphings, resulting in billions of new combinations! Creatively, that same principal is also applied to all parameters of the two ZDF (Zero Delay Feedback) analogue modelled filters (VCF1 and VCF2). Imagination is the only limit!

Literally thousands of onboard presets are often available to today’s software-savvy VI users, so content management has fast become key to fully facilitating an enjoyable experience when playing synthesizers. Speedily following in the improved footsteps of the latest versions of StiX by Xils — a virtual analogue and multi-synthesis-driven drum machine with sophisticated sequencer plug-in — and XILS 4 — effectively emulating a conceptual ‘blend’ of the legendary VCS4, a ‘dual VCS3’ analogue matrix modular synthesizer prototyped by British trailblazing entity EMS (Electronic Music Studios) back in 1969 but never commercially released, with pioneering British synthesist Tim Blake’s so-called ‘Crystal Machine’ (comprising two EMS Synthi AKS analogue matrix modular synthesizers with hard sync between their oscillators, one connected to the keyboard and the other connected to the sequencer), PolyKB III v3.5 also benefits from XILS-lab’s integrated, single-window preset manager. From finding the right preset in seconds to creating custom tags, multi-selection/multi-tagging to exporting/importing and managing banks, projects, and selections... everything needed to make working with PolyKB III easier, faster, and more intuitive is right there. 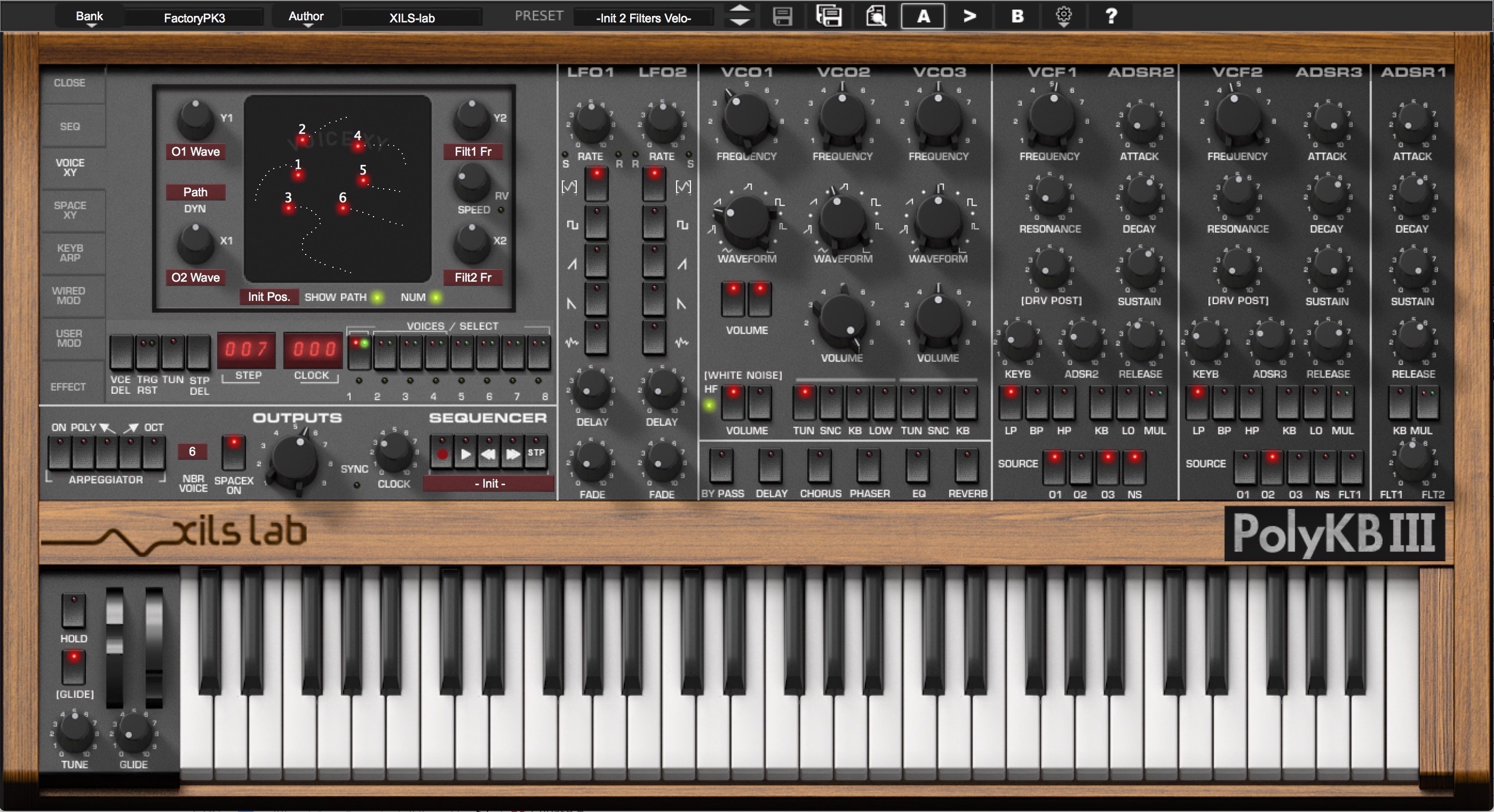 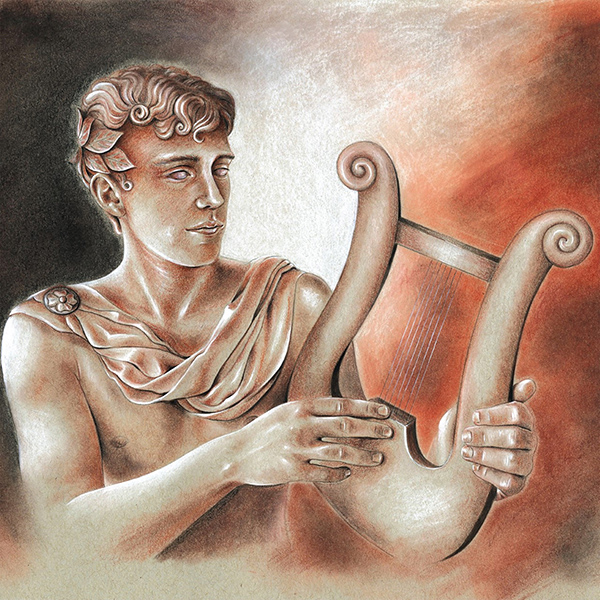 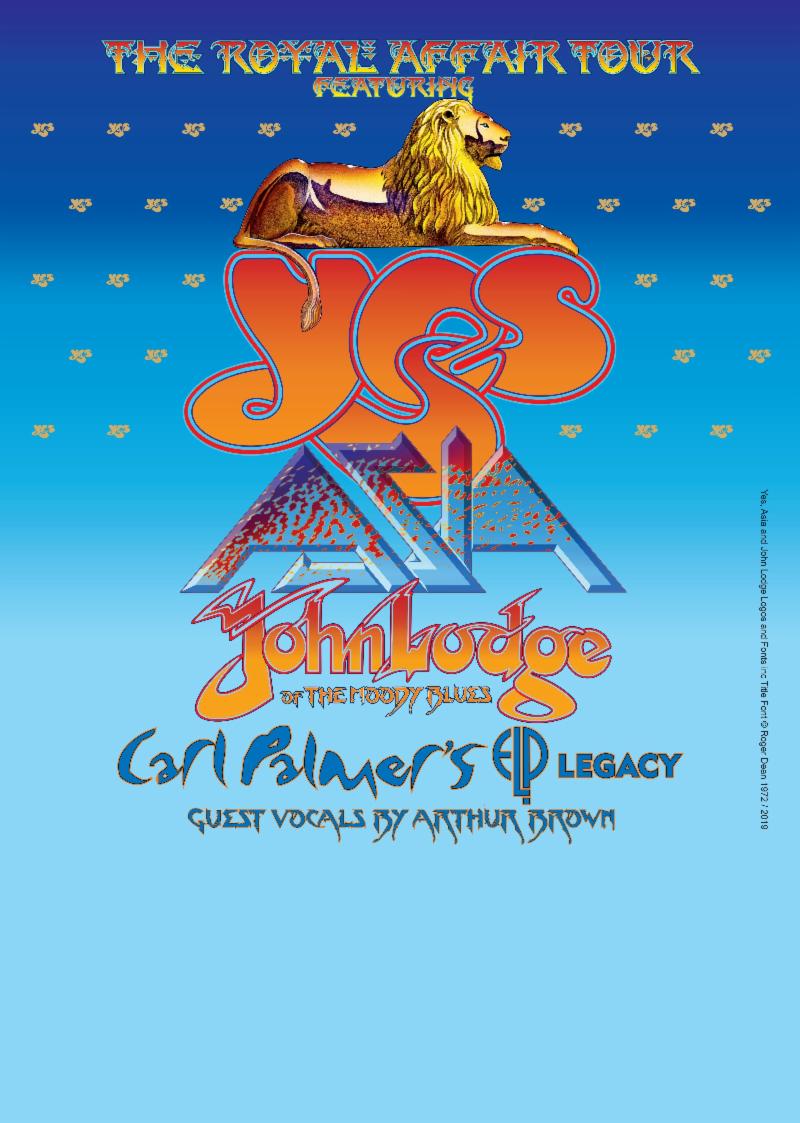