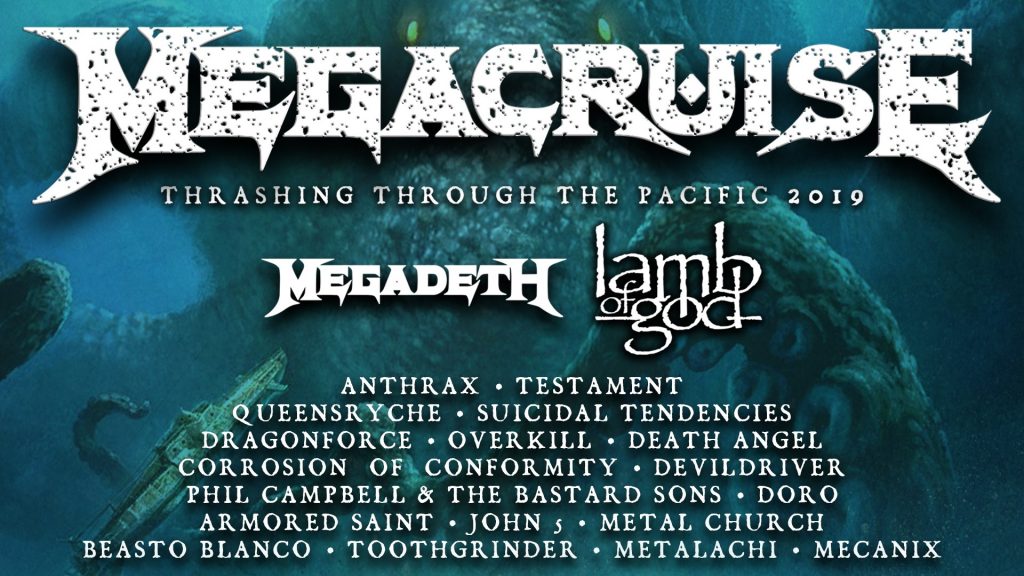 Limited cabins are still available beginning at $1,349 per person (double occupancy). Government fees, taxes, and gratuities are additional and mandatory for all passengers, regardless of age. For booking and more info, visit MEGACRUISE.com and follow @TheMegaCruise on Facebook, Twitter and Instagram.

MEGACRUISE will offer fans an interactive experience like no other, hosting a variety of events and activities that put cruisers up front and center with metal icons that have been an integral part of their lives. From Fan/Artist Photo Experiences to Intimate Morning Coffee Jams, Music Clinics to Fan/Artist Sporting Competitions, there are many ways for fans to interact with their favorite artists. Plus, fans will have the opportunity to join Dave Mustaine for optional beer and wine tasting events featuring a new vintage from Mustaine Vineyards and his award-winning À Tout Le Monde beer.

One of the finest vessels in the music cruise industry, the Norwegian Jewel features some of the hottest venues and performance stages on the high seas. In addition to the main event -- endless amounts of live heavy metal music everywhere you look -- the ship offers delectable dining options (15 restaurants, plus 13 lounges and bars) and a myriad of activities and entertainment options (casinos, pools, hot tubs, outdoor basketball court, spa, and more). Cruisers will enjoy the friendly and attentive service that the Norwegian Cruise Line is known for and this experience will impress even the most discerning cruise and music fan.

MEGACRUISE will visit "America's Finest City," San Diego. The Norwegian Jewel will literally arrive downtown at the foot of Broadway, leading fans into one of the coolest cities in the world. From sunup to late into the night, guests have the time to experience more than just a short day here...the ship doesn't leave San Diego until the “wee hours”, after 1 am. As the sun sets over the Norwegian Jewel and the skyline of San Diego, the heavy metal experience will begin with bands performing on multiple stages aboard the West Coast’s preeminent Heavy Metal festival.

The cruise also features a stop at the laid-back Mexican port of Ensenada, which offers outdoor recreation, local attractions, wineries, incredible food, culture, and of course, great cantinas to grab a cold one and party with locals, fellow cruisers, and artists. Active travelers looking for adventure can grab a surfboard, kayak or paddle board and hit the beach for the perfect day in the sun. Snorkeling, zip lining, sailing, fishing, horseback riding and more are also available for a nominal charge.

Megadeth burst onto the scene over thirty years ago, virtually inventing a genre with their debut album Killing Is My Business…And Business Is Good! (recently recognized by VH1 as the Greatest Thrash Metal Debut Album of All Time). Megadeth sold more than 38 million albums worldwide, earning numerous accolades including a 2017 GRAMMY® Award for “Best Metal Performance” for the title track of their fifteenth studio album Dystopia, 11 additional GRAMMY® nominations, a SILVER CLIO for their Dystopia campaign and scored five consecutive platinum albums—including 1992’s two-million-selling Countdown to Extinction. The band is currently writing the follow up to 2016's Dystopia and will be on tour with Ozzy Osbourne this summer. For more info, visit MEGADETH.com and follow @Megadeth on Facebook, Twitter, and Instagram.

About ON THE BLUE:

ON THE BLUE -- promoter for the MEGACRUISE -- is a leader in cruise charter innovation, having sailed over 100,000 passengers in that last 20 years. The principals of ON THE BLUE have deep roots in the music industry, having provided world-class cruise ship production management for celebrities and musical artists for over two decades. ON THE BLUE has run dozens of charter and large group programs for organizations, corporations, celebrities and artists throughout North America, and has played major roles in the development of ground-breaking theme cruise concepts. Past charters have included an array of Fortune 500 companies, plus theme cruises featuring entertainers such as Dave Matthews, Kenny Chesney, Tim McGraw, Journey, Def Leppard, REO Speedwagon, Styx, Night Ranger, The Moody Blues, UFO, Queensrÿche, Tesla, Cinderella, Yes, Little River Band, UK, Steve Hackett, Carl Palmer, Greg Lake, O.A.R. and many others. For more information, visit OTBlue.com. 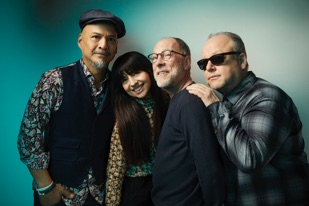