For almost as long as we’ve had rock and roll, we’ve had the iconic Fender Jazz and Precision bass guitars. Their tones have set benchmarks for solid-body bass instruments over the decades—and are thus desired by many players, but there are many bassists who would like to get their Fender tone and Fender feel from an instrument that just doesn’t look quite so much like the classic Jazz- or P bass.

The new Fender American Standard Dimension Bass IV HH offers offers a modern update to those classic lines, presenting a mostly vintage look with some new and subtle twists. The beauty is more than skin deep, though, as there are some subtle improvements in store for the Fender loyalist. With its asymmetrical neck, Dimension humbucking pickups, and the High-Mass bridge, this newest entry in the Fender Bass family feels and sounds familiar as much as it also feels and sounds fresh.

It may be hard for some diehards to embrace the notion of a new Fender bass design, but the Dimension continues the tradition of excellence that Fender Guitars has had for decades. Playing the Dimension Bass IV will prove as enjoyable as ever a Jazz bass was, if not more so.

Our overall feeling about the Fender American Standard Dimension Bass IV HH is very positive: it’s appealing to a modern bassist who still likes classic Fender tone. So, a purchasing decision basically comes down to the following: If you are looking to own a vintage style bass but you like the more modern touches and finishes that the Fender American Standard Dimension Bass IV has to offer, then this is a great purchase. But if you already have a Fender Jazz bass, this won’t feel or sound significantly different, as the musical changes are subtler than the obvious aesthetic differences.

The Fender American Standard Dimension Bass IV HH has a great look and feel, with its very smooth fingerboard & frets and an asymmetrical neck polished to near perfection. The body itself has a polyurethane gloss, and the neck is finished in satin lacquer. The staple-style bobbins on the dual Humbucking pickups add a great detail to this bass (you’ll have to wait for the Sound section of this review to hear whether or not the shape relates to tone).

The overall features of the Dimension Bass IV HH are similar to Fender’s iconic Jazz bass. To start, the Dimension bass has a solid alder body with a one-piece maple neck. But it enters modern territory with an asymmetrical C profile and asymmetrical neck heel. The fingerboard on our test model was maple, but rosewood is also available if you prefer. The fingerboard radius goes from 9.5” to 14,” and the 21-fret neck has a 34” scale length, medium jumbo frets, and a synthetic bone nut (1.625”).

Fender’s High-Mass bridge with chrome-plated, brass saddles not only gives the American Standard Dimension Bass an updated look, but it is a stronger, more solid bridge than the thinner bridges found on previous Fender models.  When we first saw the instrument, we immediately thought of the old Bad Ass Bass bridge that many Jazz bass players switched to in the past.

The humbucking pickups are new, Dimension pickups, and controls are simply Volume 1, Volume 2, and Master Tone.

The new Fender American Standard Dimension IV HH is a straightforward, classic Fender design in both look and function, and it plays “like buttah.” The beautifully crafted and traditional Fender curves felt immediately familiar, and the controls functioned exactly like those on a Jazz bass: Two knobs let us balance the volume of each pickup or blend to taste, while the third knob enabled us to adjust the overall tone of the instrument.

The electronics are new, but Fender stuck with passive electronics instead of the popular active electronics found on so many new basses today. The Dimension pickups add a new look compared with a Jazz bass, but we didn’t find any appreciable difference in the output level of the instrument, making it easy to swap into rotation with our beloved classic.

Getting started was as easy as opening the case, plugging in, and playing. We liked the traditional tuners, and they held tuning stability well.

The neck and fretboard were very smooth, and the deep body cutaways made easy work of upper-fret access. The neck dimensions felt more like a Fender Precision bass than our vintage Jazz bass, but the asymmetrical design made it easy to move around the instrument for quick passages. The very flat fretboard and medium jumbo frets allowed for a very low string height straight from the factory, which also led to faster playing.

We were very impressed with the fretwork, and this certainly contributed to the Fender American Standard Dimension Bass IV really feeling like a more-expensive instrument than a typical production model. However, our one ding against the bass has to be the actual volume and tone pots, which although perfectly quiet, had a very grainy/gritty feel, with uneven travel while turning them.

The sound from the Fender American Standard Dimension Bass IV HH is best described as similar to a vintage Fender Jazz bass but with a modern kick. The new Fender Dimension pickups produce a strong and dynamic tone suitable to many styles of play, and we were extremely impressed by the versatility on tap from these passive pickups.

We put the bass through its paces playing everything from heavy rock to lighter jazz and other genres in between. The bridge pickup has an awesome punch and clear tone quality. When driving it really hard, we noticed just a bit or growl in the tone—which we liked.

The neck pickup was a gem, delivering a nice, deep, and smooth tone quality while maintaining a very clear sound. Playing with the tone control gave us a wider range of sounds to accommodate different styles.

The bridge pickup was comparably thinner and quite nasal when taken on its own, but it was fantastic as a blended source with the neck pickup, adding bite while taking nothing away from the instrument’s clarity.

It was the blending the two pickups that really made the Fender American Standard Dimension Bass IV such a versatile bass for nearly any situation. We like the power and punch that these pickups have, and we never felt like anything was missing from this bass when compared to our instruments with active electronics.

In the studio, we played through a passive DBX direct box into a Behringer X32 digital mixer. The clarity of the bass was spectacular, and it packed a nice punch with very little EQ and just a hint of compression to keep from clipping.

Live, we played through the Mesa/Boogie Titan V12 with Mesa 4x10 bass cabinet. The New Fender American Standard Dimension Bass IV again performed as expected with great tone reproduction and solid response, and the pairing felt just as good as when playing our trusty, 1979 Fender Jazz bass that we used as our reference instrument.

Next, we plugged it into a Hartke HA3500 350-watt amp and matching 4.5 cabinet (4x10 plus a 5” high frequency driver). Once again, we were not disappointed. This new Fender American Standard Dimension Bass IV succeeds everywhere we’d turn to a Jazz bass. And finally, we gave it a quick showing in our EBS HD360 rig, where once again, the low noise and clarity of this instrument really came through.

The basic tonal differences between the classic Jazz bass and the new Dimension bass: we were able to coax a slightly broader range of tones through the Dimension, and that growl we got with driving the instrument hard was something we never detected in our Jazz bass. The highs popped a little brighter, and the lows dug in just a littler deeper than our classic instrument. And, the output was quieter at high volume. This wasn’t enough of a tonal difference where we would specifically reach for a Dimension over a Jazz, but if you don’t already have a Jazz bass in your collection, you certainly won’t need one if you prefer the look and feel of the Dimension.

The Fender American Standard Dimension Bass IV HH is very straightforward. However, Fender provides a full User Manual to show all the parts of the instrument and tips on how to keep it playing like new. It was a beautiful, color affair that included some Fender history as well as great maintenance information.

Fender offers a limited lifetime warrantee and as with all Fender products, customer support is always there to answer your questions.

The Fender American Standard Dimension Bass IV HH sells for $1,399 and includes a hard-shell case. This is a good price for a well-appointed, USA-made instrument. It is also available as a five-string bass, and import versions are available for players on a smaller budget. 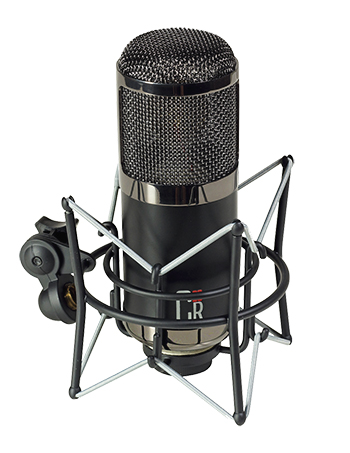