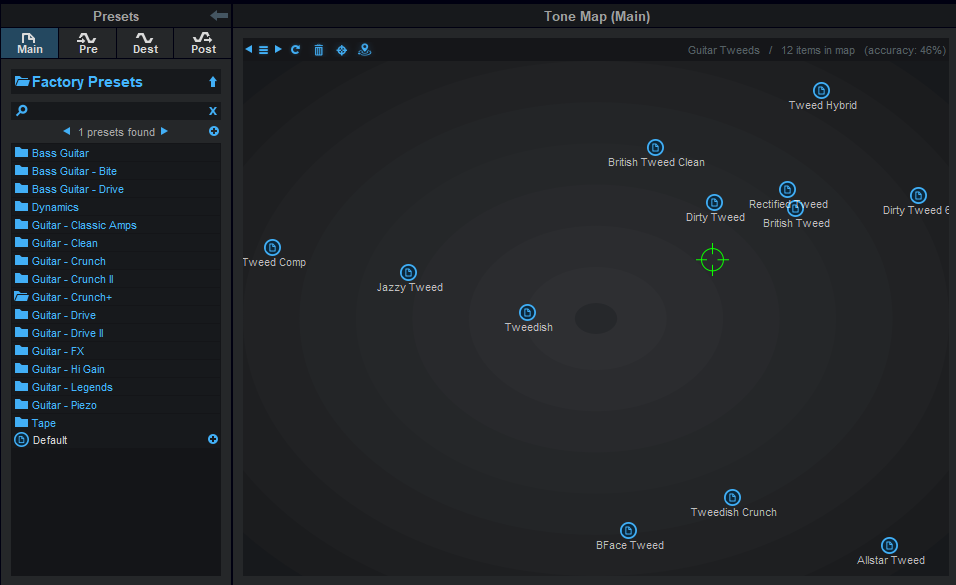 The new version of Destructor, which also acts as an amp and pedals modeler inside Axiom, introduces a brand new way to explore presets and create new tones easily: with the "tone explorer" (see 0:56 in video below), you can navigate and morph factory or user presets in two dimensions, on predefined or user-created maps: you can find the right tone without diving into the parameters of the plug-in. In Axiom, it is now possible to create brand new amp models by just choosing the right spot on the screen.

Both Axiom and Destructor also include a new presets browser with built-in search, to find your way through the thousands of presets available for the entire plug-in, or for each section. Many new presets have been added in these new versions (not forgetting bass guitar players), and extra free guitar amp presets using impulse responses from Seacow Cabs (https://seacowcabs.wordpress.com/) are available as a separate free download.
Axiom 1.3 also adds 4 new built-in effects (2 distortions pedals), and both updates include many other new features and improvements detailed below.
The update is free for existing customers, available from the same location as the original download (link received by email upon purchase). Special offers are available for new customers (details below), and registered Blue Cat Audio customers will receive extra coupons by email shortly.
What's New in Axiom 1.3: 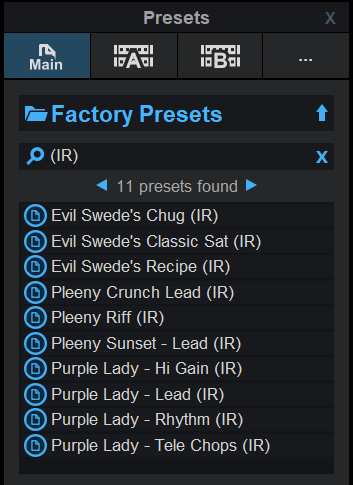 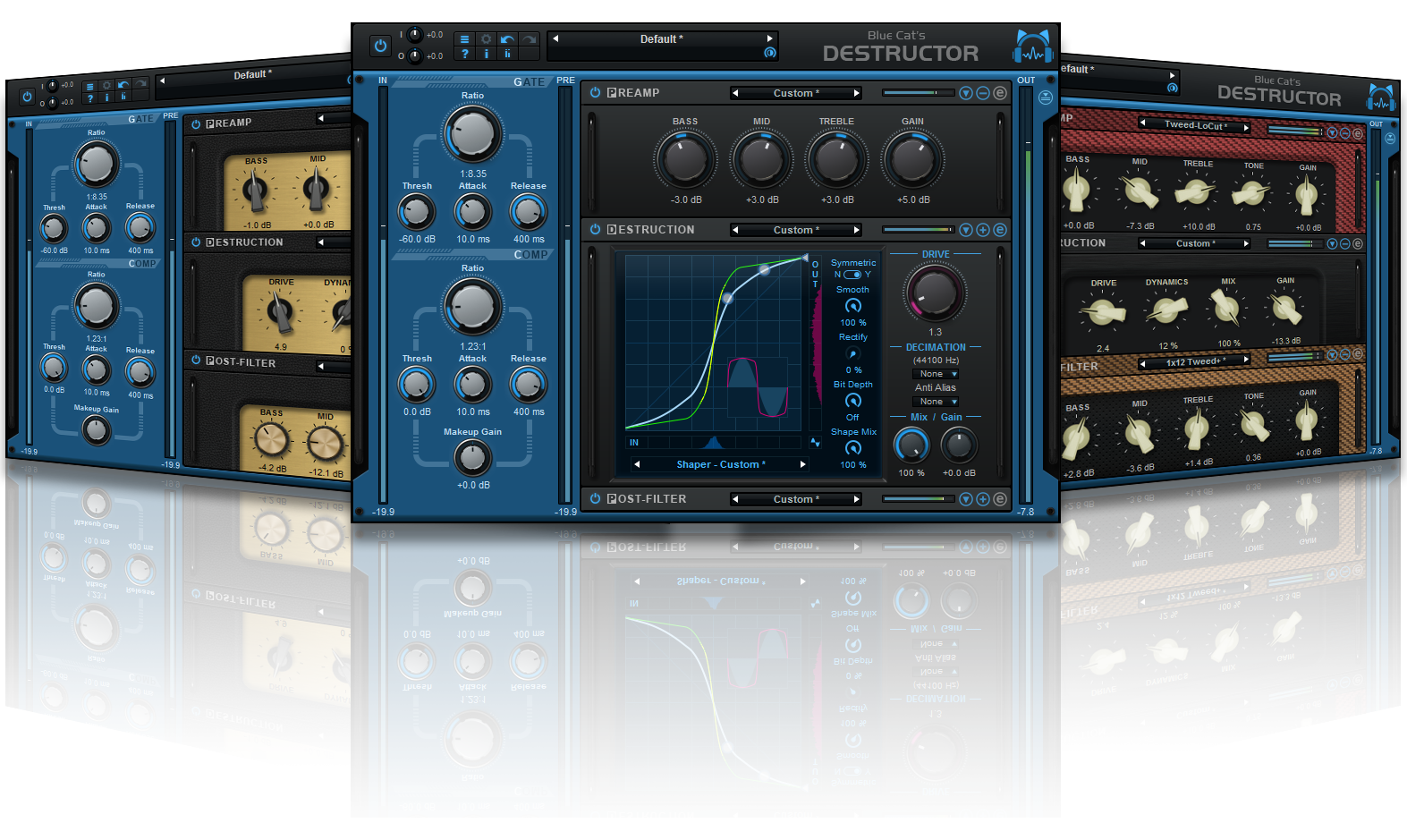 What's New for both Axiom & Destructor: 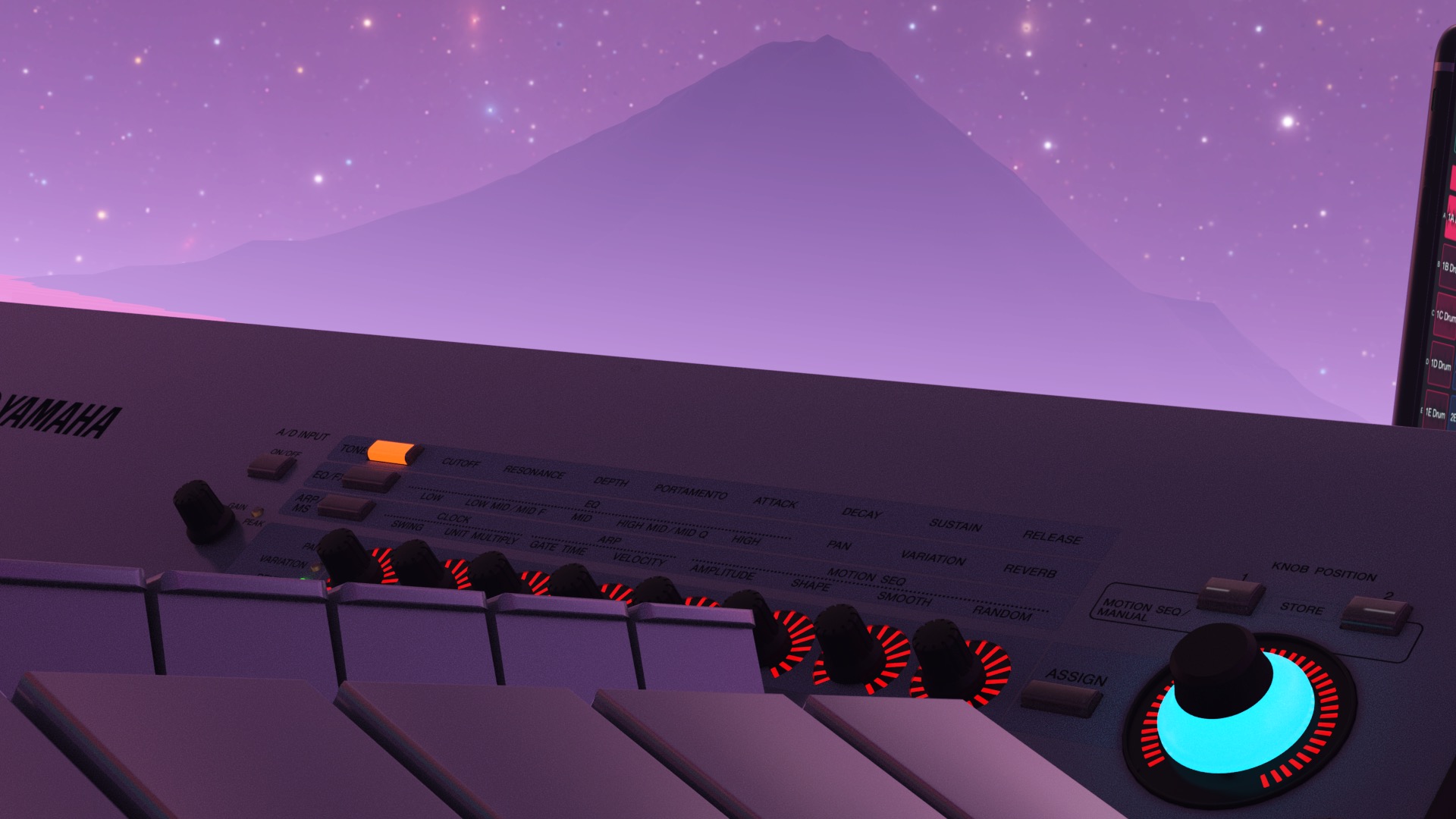 Rise of the Synth: Yamaha Leads a ...