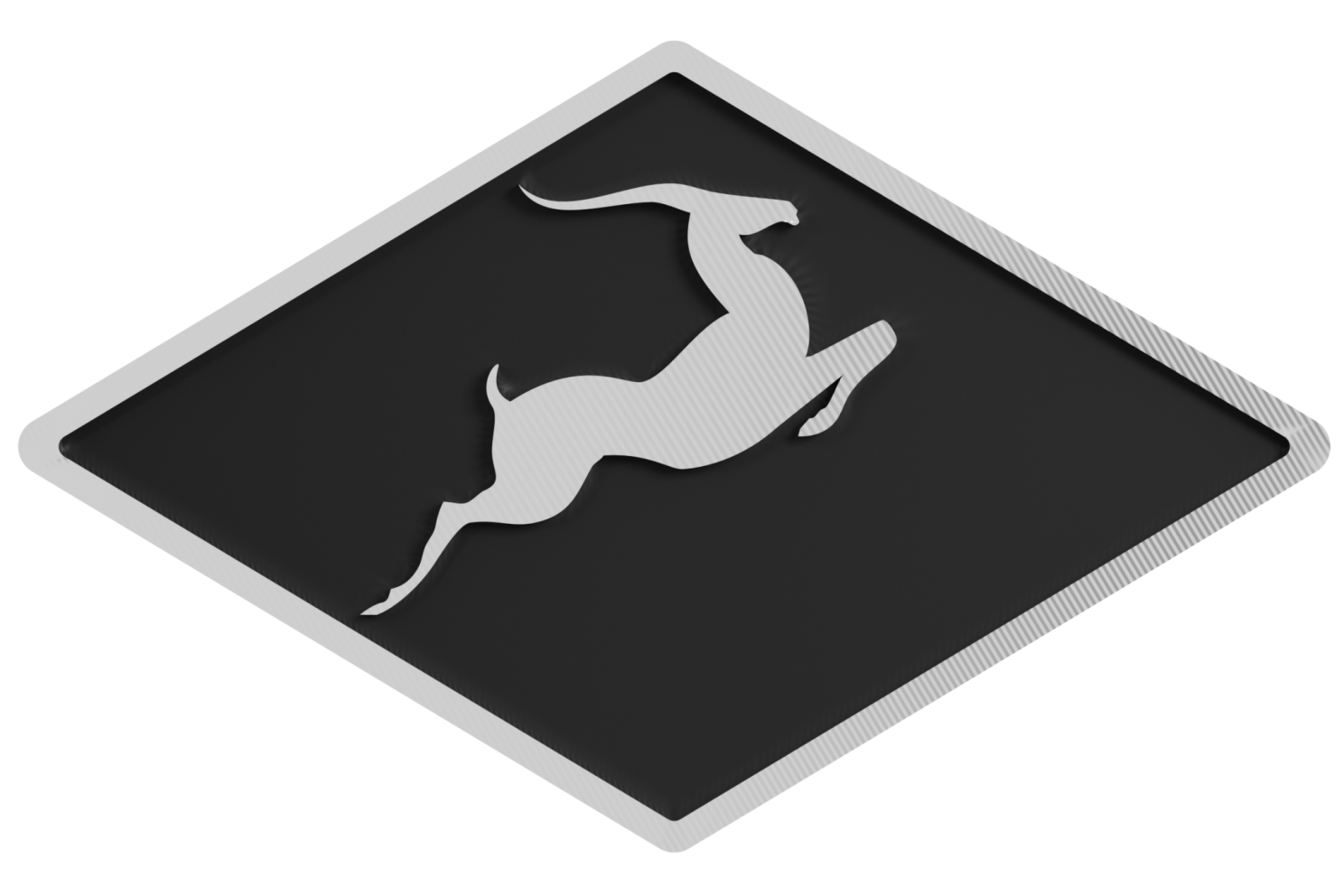 Although it almost goes without saying that musical tastes vary considerably, chances are that a so-called ‘4K’ series large-format mixing console left its musical mark on almost anyone’s favourite records. Indeed, it is still in use in many major studios to this day, despite being superseded by more modern technology — albeit, arguably, never bettered. But the ‘4K’ was certainly the console of choice for Eighties rock and synth-pop alike, and remains revered as one of the best-loved large-format mixing consoles ever made. Fast-forward to today, then, and bringing COMP-4K-STRIP to its Synergy Core cutting-edge effects platform really ranks as one of the proudest moments in Antelope Audio’s high-standing history — enthusiastic as it has always been about great analogue sound. And rightly so since, in this case, an actual channel strip was carefully removed from a well-preserved ‘4K’ series large-format mixing console before being painstakingly analysed and its digital recreation rigorously tested to take pole position amongst the most faithful ‘4K’ reproductions out there.

Today, users of Antelope Audio’s acclaimed Discrete 4 Synergy Core, Discrete 8 Synergy Core, and Orion Studio Synergy Core audio interfaces are able to enjoy the classic punch, glue, drive, and saturation of that iconic large-format mixing console with next-to-no latency and zero CPU load, thanks to the DSP+FPGA Synergy Core processing platform built into their audio interface. Initiate instances of COMP-4K-STRIP all across a session to record, monitor, mix, and master through the sought-after sound of that time-tested circuitry. COMP-4K-STRIP looks as great as it sounds, and is easy to use, courtesy of the following features and self-explanatory controls: ON/StandBy; COMPRESSOR (THRESHOLD, RATIO, RELEASE, and FAST ATK); EXPANDER (THRESHOLD, RANGE, RELEASE, EXP/GATE, and FAST ATK); FILTERS (Low-pass Hz, Hi-pass kHz, routable pre- and post-dynamics processing with switches); and GAIN (for final volume adjustment).

Arriving through the same family background, COMP-4K-BUS realistically recreates the famous ‘mix glue’ bus compressor that rose to prominence in the Eighties, residing on the master bus of a fondly-remembered series of vintage British consoles. Creatively, it was designed to bring together instruments and performances from multiple channels into a larger-than-life cohesive whole, while decades later nothing sounds quite like it — until Antelope Audio’s COMP-4K-BUS, that is! It is the gold standard of mix bus compressors, brought back to life on the Synergy Core platform. Put COMP-4K-BUS on any DAW’s master fader to start mixing right into it, or apply after everything else when the mix is ‘said and done’ to transform it into a balanced, homogenous production with no need to worry about latency or CPU load, thanks to the beautiful combination of DSP+FPGA forming the Synergy Core processing platform! Onscreen features include a vintage-style VU meter alongside THRESHOLD; ATTACK mS (milliseconds); RATIO; MAKE UP; RELEASE S (seconds); SC FILTER Hz (Hi-pass sidechain filter); wet/dry MIX (for parallel compression); and RATE S (seconds) controls, plus an AUTO FADE mode.

Marble White AutoWah realistically replicates a boutique auto-wah pedal from Finland whose circuit is originally based on a rack-mount wah, and refined further to sound like a real wah pedal. Put it this way: musically, Marble White AutoWah is in a league of its own, with fast tracking, amazing accuracy, and responsive controls, which works equally well on guitar and bass. Better still, its bespoke DECAY control allows adjustment of the filter frequency fall speed, so Marble White AutoWah can drench every note in wah or be better behaved, so-to-speak — as expected from a more traditional autowah pedal. Powered by Antelope Audio’s acclaimed Synergy Core platform, Marble White AutoWah works in real time with no perceivable latency. Feel free to calibrate it with Shred Guitar Amps & Cabs to obtain a formidable guitar and effects rig inside the Discrete 4 Synergy Core, Discrete 8 Synergy Core, or Orion Studio Synergy Core audio interface that works without any associated CPU load. Little in the way of controls — SENSITIVITY, BIAS, RESONANCE, and DECAY — can deliver a lot of variation in the resultant auto-wah effect.

Effectively recreating Sontec’s mastering equaliser, MES-432C reclothes an absolute standard. Since its introduction in the late-Sixties, subsequently refined in the early- Seventies, it has remained the go-to mastering equaliser for fortunate old-school pros. Put it this way: with the inventor of parametric equalisation itself serving as its co- creator, the resultant design is, in all likelihood, destined — in its many reincarnations — to last forever. First listening can be deceptive, due to the EQ’s subtle-sounding nature lacking in any obvious mojo, maybe, but dig deeper into its controls and any audio benefits from particular and pleasant character enhancement. Everything seemingly sounds better — even poorly-executed equalisation choices! Antelope Audio’s MES-432C emulates exactly what that top-end mastering EQ does best, by squeezing extra drops of sweetness out of an already excellent-sounding mix that needs little in the way of additional polish. Indeed, it will serve just as well when put to work on a mix bus or onto individual tracks in need of frequency boosts or cuts here and there. Apply as many instances as needed without worrying about latency and CPU load. Let Antelope Audio’s Synergy Core audio interfaces handle it all, leaving more computer power for favourite instruments and effects. MES-432C likewise looks as great as it sounds, and is easy to use, including the following features: SHELVING EQ (LO/HI); LO, MID, and HI SHAPE dB/Oct (Q) controls; LO, MID, and HI FREQ (frequency) controls totalling 72 bands; LO, MID, and HI LEVEL dB (boost/cut) controls; and final volume adjustment.

Meanwhile, MG4 faithfully recreates the superlative sound of a legendary 500 Series EQ module from a highly-regarded Swedish brand that has made its presence felt sonically on hundreds of top charting records from the likes of Madonna, Snoop Dogg, and many more well-known faces of popular music. MG4 also features its innovative SKY BAND, able to add the kind of expensive-sounding gloss and sheen typically heard on singles benefitting from high-flying production teams and expensive equipment. This six-band EQ is also notable for its highly-linear phase operation — far from easily achievable in the analogue domain, duly endowing MG4 with an ability to preserve any audio being fed through it without suffering from any phase-shifting artefacts. As such, purity and clarity combine to be the name of the game when it comes to this EQ — perfectly powered by Antelope Audio’s latency- and CPU-free Synergy Core effects processing. The following features mirror those developed by that highly-regarded Swedish brand: IN/OUT (bypass button); SUB frequency (boost/cut control); 40 Hz (boost/cut control); 160 Hz (boost/cut control); 650 Hz (boost/cut control); 2.5 kHz (boost/cut control); SKY GAIN (control); and SKY BAND frequency (select control).

Closing out Antelope Audio’s additional six Synergy Core effects for its critically-acclaimed audio interface namesakes is its take on what a great vibrato should sound and look like — Adaptive Vibrato. Indeed, its development derived from closely examining some tried-and-tested circuits before incorporating those impressions into a virtual unit delivering a veritable vibrato toy box — complete with LATCH and TRIGGER MODE; RATE and DEPTH controls; five-way WAVE modulation; DELAY and RISE controls; THRESHOLD and ENDFREQ controls; plus control over the DRY/WET MIX. Antelope Audio’s appropriately-named Adaptive Vibrato is a notable new Synergy Core effect to be reckoned with!

Antelope Audio is a leading manufacturer of high-end professional audio equipment. Founded in 2004 and reinventing the industry with its flawless master clock technologies and versatile multi-channel interface solutions, the company has been steadily expanding its portfolio over the years under the guidance of visionary engineer and CEO Igor Levin. Antelope Audio’s products offer the best of both analogue and digital technologies. Among its most recent innovations are compact interfaces with discrete mic preamps, hardware-based effects modelled to the component level running on a Synergy Core of DSP and FPGA processing, and next-generation modelling microphones.These are distributed through Antelope Audio offices in Europe, the Americas, and Asia, and highly acclaimed by users all over the world. The company’s customers include GRAMMY® award-winning sound engineers, top-tier producers, world-class artists, and some of the most renowned, recording, mastering, and post-production facilities around the globe. 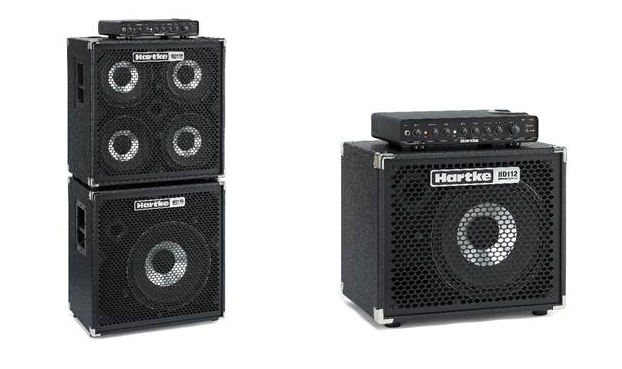