Ampethron, a new synthesizer company, introduces Ampethron Portable – a live act and studio hardware device with unique a external controller and the possibility to endless extensions and upgrades (install next synthesizers, instruments and algorithms to the hardware device).

If you want to learn more, see videos and hear demo songs at: www.ampethron.com

“After more than 4 years of development, multiple beta testing stages, everything is coming to perfection and we are ready to roll out. We are starting Crowdfunding Campaign mainly because we need to know how many pieces should be produces in first series” Ampethron company says.

Here is the complete specification of Ampethron portable FX synthesizer:

Ampethron FX+ synthesizer is a primary synthesizer installed in every Ampethron portable device. FX+ is synthesizer with both classic and futuristic/innovative algorithms of sound synthesis allowing you to create FX sounds and soundscapes never heard before. The main advantage of FX+ synth is speed of work – you can rapidly create hundreds of FXs while sounds amazing in every setting.

- Variable routing of every oscillator to Filter 1 or Filter 2

- Separated level control for every oscillator

with cutoff, self resonance and tracking controls 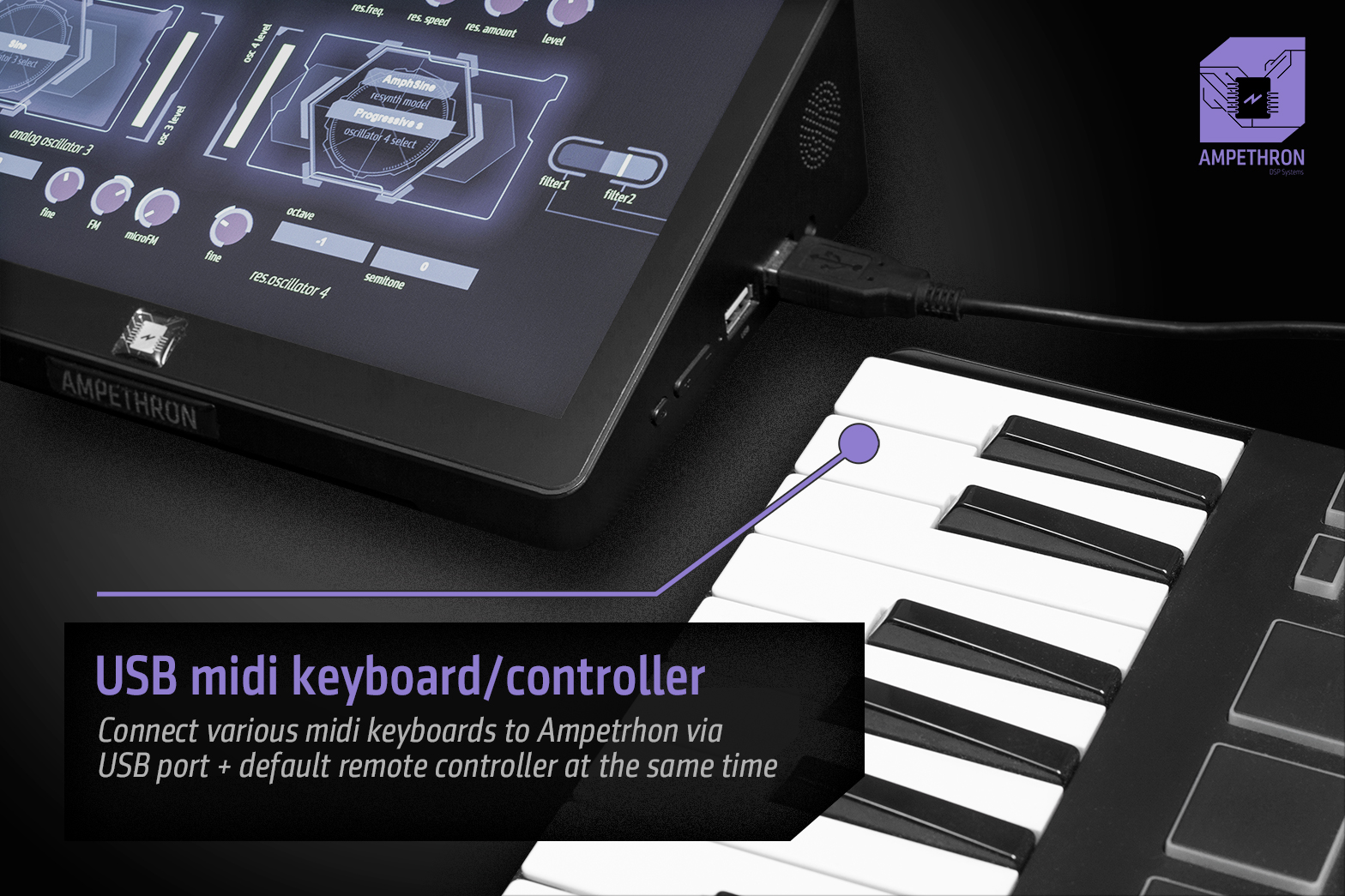 1x Hand wavedrawing LFO (user can write his own LFO waveform with finger or pc mouse!)
with Speed and Depth controls in wide range of frequency
LFO can act in Positive, Positive inverted or Bipolar mode 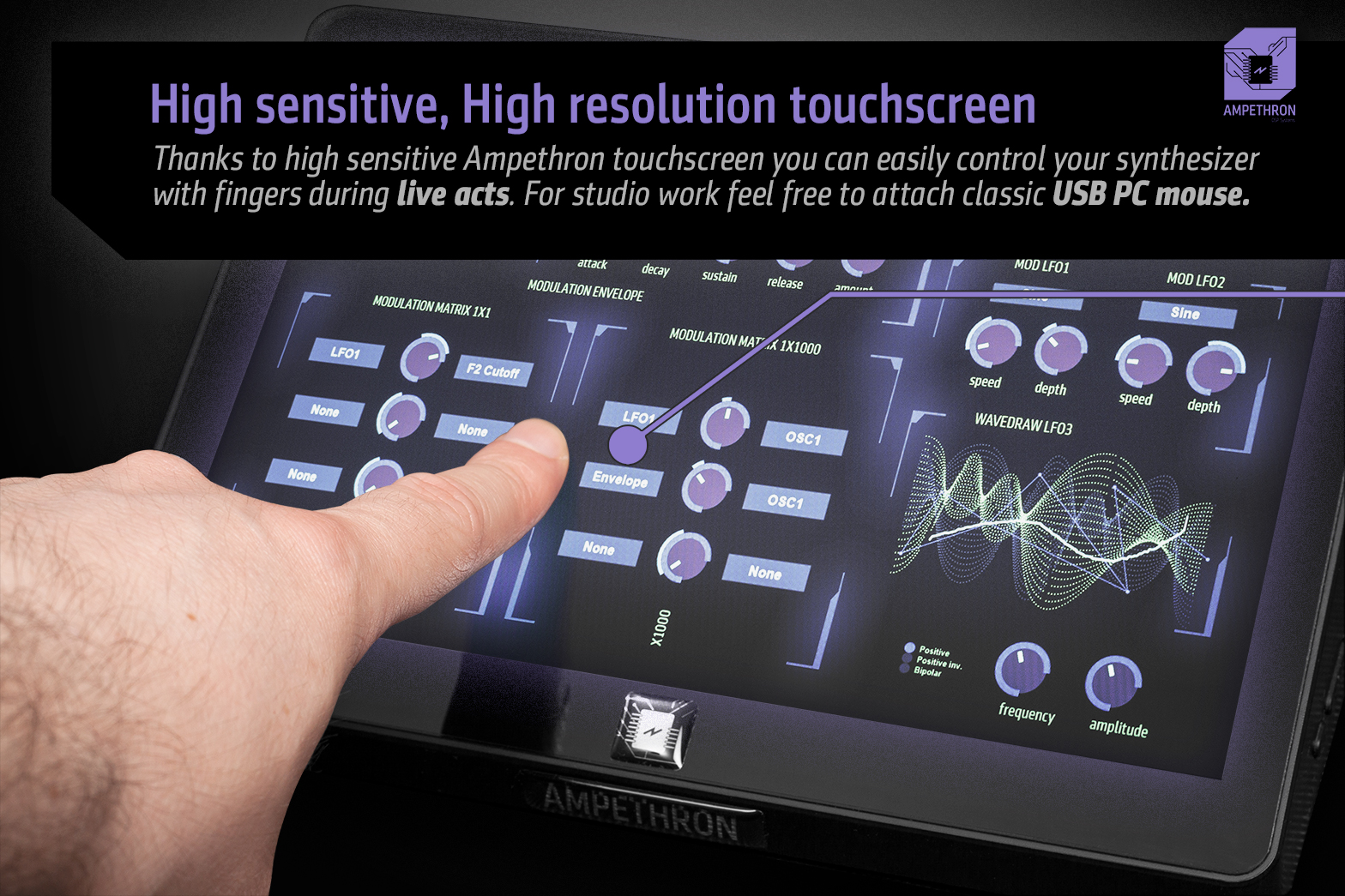 Main control section:
- Midi device selector (possibility to connect midi devices via USB)
- Sound output selector (possibility to connect external audio soundcards via USB but not all soundcards are supported)
- Preset manager with 9 default banks and more than 140+ default presets (you can create your own banks and presets for your liveacts)
- External controller: 4x very fast, responsive buttons to play notes (C3, C4, C5, C6) with very low latency – much easier to play notes in rhythm than with a piano (because of shorter path length of buttons),
- 2x joysticks to control Filter cutoff and Pitch (up/down) and a digital control of joystick behavior (attack and release time of every joystick)
- preset browsing with left and right controls on external controller

Technical / Hardware specification:
There is a solid hardware background behind Ampethron portable.
The hardware has been chosen thoroughly to give a solid performance and to cooperate perfectly with the DSP software and internal algorithms. The application is tuned up to get the best results during your DJ sets, Live-Acts and studio work.
System
• CPU: Quad core
• CPU Base Frequency: 1.44 Ghz
• CPU Burst Speed: 1.92 Ghz
• RAM: 2GB
• Storage: 32GB 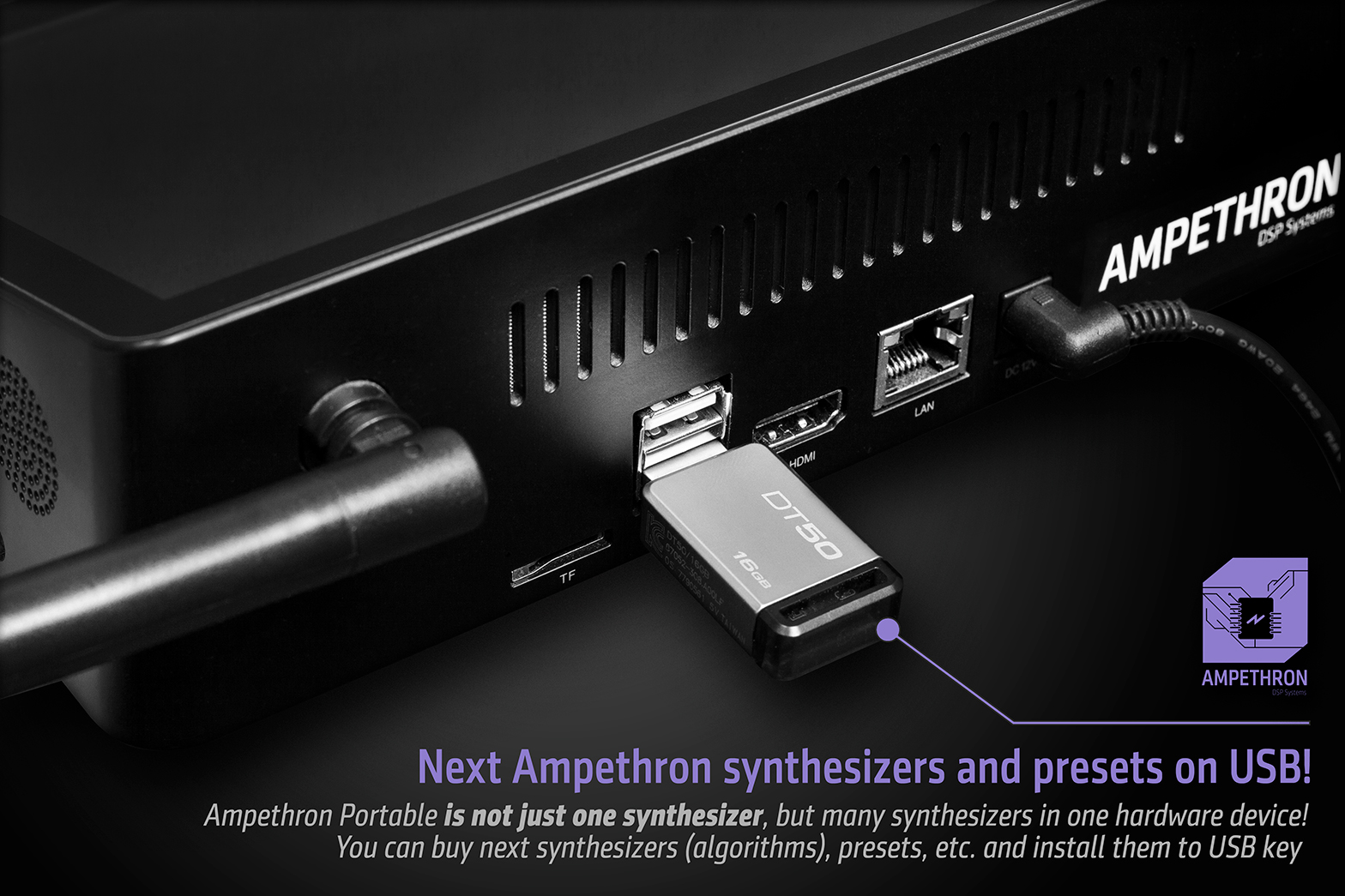 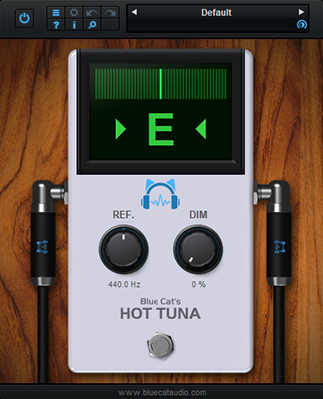 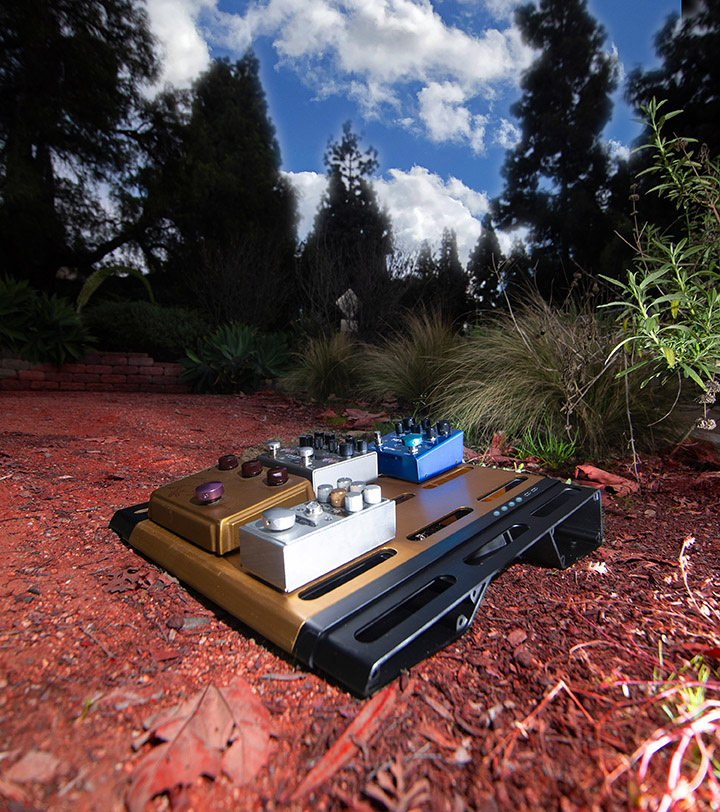