Few pro audio brands live up to the level of high regard and prestige that D.W. Fearn has managed to attain for more than thirty years. Their products are synonymous with cost-no-object, supreme-level quality that is clearly evident on multiple levels. To have a piece of D.W. Fearn gear in your studio can only take your productions to new levels regardless of any existing gear you may have. Yes, we are that enamored.

Now manufactured exclusively by Hazelrigg Industries, the D.W. Fearn VT-2 is the two-channel version of their VT-1, the longest-standing item in their product line. The VT-2 provides two channels of glorious Fearn tube preamplification, which is undoubtedly in a class of its own.

Although the cost of admission may be out of reach for many, you definitely get what you pay for; not only in terms of sound but also best-in-class parts and absolute no-compromise build quality and thoughtful design.

The VT-2 is a relatively massive piece of equipment at 3U size, with a very outward and bold appearance as compared to most other rack-mountable pro audio gear. The quarter-inch thick, bright red aluminum faceplate protrudes further out than all other gear in our racks. This, coupled with the large, vintage-style VU meters and equally large, widely-spaced controls, all contribute to the VT-2’s eye-catching "herculean" look, which constantly grabbed the attention of onlookers in our studio during our time with the unit.

Being that the chassis of the VT-2 is made entirely of aluminum, total weight is surprisingly light considering its size. Some may assume that it would double as a space heater, but we have found that the VT-2 runs relatively cooler than most of our other tube-based preamps. In some cases, much cooler.

The controls on the VT-2 are simple and self-explanatory, and its no-fuss, clean design, and layout gives satisfying results relatively quickly with little interaction and tweaking. Along with standard controls and features including attenuation, phase, -20dB padding, and phantom power per channel, there are a couple of relatively unique and welcome features including a "LO-Z" option, as well as VU meter on/off switches.

The LO-Z option on the INPUT controls are for cases when the output impedance of the connected microphone is lower than typical (considerably less than 200 Ohms). The meter on/off switches serves the purpose of extending their life during times when their visual aid is not needed, or when the meters are in danger of damage when pegged unusually hard. We will get into the actual meters themselves later. The last visible item on the faceplate is the power light.

Beyond the obvious features listed above are the actual parts utilized, the engineering and design that went into the unit, and the manufacturing processes involved in creating this world-class piece of gear. As mentioned earlier, this is a cost-no-object, no-compromise design, and is evident all the way down to the hand-polished polyurethane finish used on the front panel, which is Dupont Imron; the same finish used on airplanes, at a cost of roughly $500 per gallon. This may seem over the top to some, but it just adds to the sheer overall quality and longevity of Fearn gear, and shows their testament to such quality. As with the rest of the Fearn lineup, the VT-2 is not a mass-produced product; it is hand-made to order utilizing point-to-point wiring throughout, and most of the internals are custom made for the preamp itself.

Tube selection is equally specific. Rather than just grabbing an off-the-shelf 12ax7, Fearn utilizes a pair of Mil-spec 6072A tubes on each channel. After NOS (new old stock) ran out, they were forced to switch to Russian-sourced tubes, but they are extensively tested for system use. Only one out of every twenty tested tubes is certified for use in the preamp stage, where low noise is critical. Requirements are less stringent for the tube utilized in the output stage, and still, 10% of tested tubes end up discarded entirely.

The VU meters exude that old-time, heavy-duty, ‘50s/’60s quality. Most preamps today lack analog VU meters in their designs, much less exhibit the usefulness of these; they are definitely not here for show! These fully comply with the AES standard for a VU meter, and are quite expensive to boot. The AES standard specifies every detail, down to the colors used on the dial. However, the primary standards define the ballistics of the meter, which are quite a bit different than the standard meters found in your average DAW. Furthermore, they are isolated from the preamp's signal path, and having the ability to switch them off negates any worry of damaging them when hitting the preamp hard, or unnecessary wear when not keeping an eye on them for extended periods.

As expected, no shortcuts were taken in the design of the INPUT and PHASE rotary controls. Having a solid feel, these switches feature ceramic insulation and massive silver contacts, which are designed for long life and ease of cleaning (should they ever need that). The attenuator controls are conductive plastic rotary potentiometers, which feed the third stage of the amplifier circuit.

As with most preamps, phantom power is included per channel, however when it's switched off, the phantom power's associated components are fully isolated from the preamplifier stages.

The VT-2 utilizes Jensen transformers for the input and output stages, custom-built by Jensen to D.W. Fearn's unique specifications.

Finally, the Fearn can optionally be utilized as an effects box as well by specifying this functionality when ordering. This allows the preamp to accept line-level devices in addition to serving as a traditional mic preamp. Previously, Fearn manufactured a separate box, the LP-1, to serve as a pad and impedance matcher between the line level device and the preamp, but it has since been discontinued.

We found the VT-2 to be a great compliment to anything we ran through it in the studio. It is not a highly colored preamp, and therefore can be used successfully on literally any source. One thing to pay attention to, however, is how hard the source is ultimately driven, keeping in mind that this preamp may be more sensitive than what you are used to.

We found that with louder sources, padding affected the sound more dramatically compared to less sensitive preamps, whether applied at the preamp or earlier in the signal chain. Since the preamp is relatively sensitive, higher levels of saturation of the signal is more likely, in our experience working with the VT-2. This can actually make the preamp more versatile, as you have more signal to work with initially as a means to more saturation, when and if you want it. Otherwise, it's easy to pad the signal down via various means. For example, on the preamp itself, a physical pad between a mic's capsule and its electronics, a pad switch on the mic, or an inline pad between the mic and the preamp. We had good success using all of the above methods with the VT-2. All can sound different; it depends on many factors, and the method you utilize will ultimately be subjective based on your own preferences.

Even though D.W. Fearn built a higher gain version of the VT-2, the VT-12, we found that the VT-2 worked very well with ribbons, at least with medium to loud sources. The VT-2 performed equally well with any dynamic or condenser microphone we ran through it as well.

Finally, the VT-2 becomes even more useful in the studio when utilized as an effect box (when this option is specified and implemented).

The premium meters proved highly useful. They indicate perceived loudness and will likely behave much differently than what younger engineers are used to. If you grew up on tape and have experience utilizing a high-end analog console's meter bridge, though, you’ll appreciate the familiar metering response.

Most manufacturers agree that the goal of a great preamp design is to amplify low-level signals faithfully to a usable level. But does that mean it shouldn't impart a sound of its own on what it is amplifying? We were curious to see if we would prefer transparency over any additive qualities some preamps may have on the signal being amplified, so we performed a number of shootouts where the microphone's output didn't necessarily require a preamp, due to their relatively high output levels. We compared the VT-2 against various transistor and tube-based preamps, as well as no preamp at all. Some of the preamps we tested incorporated transformers, while others were transformerless.

With the music we happened to be recording, we overwhelmingly preferred the additive qualities the transformer-based preamps imparted on the signal, and the VT-2 was no exception. How much the transformers contributed to the sound was not fully apparent, but in all cases, the VT-2 added a subtle but beautiful "musical" quality to the source not heard from our transistor-based preamps; a type of polished sheen we enjoyed very much. In addition, we found that the preamp was fairly forgiving when progressively driven closer to its limits, meaning that the sound just kept getting thicker without becoming objectionable (up to a point), providing a desirable form of compression with negligible artifacts.

The VT-2 follows the long-time standard of implementing an effective input impedance value ten times the value of common mic source impedance values, resulting in a 1500 Ohm loading impedance. Being almost ten times lower than our preamps built especially for ribbons, we were curious if using ribbons with the VT-2 would result in a relatively dull or dark sound. Not the case at all! We were pleasantly surprised that, overall, the result was actually a tad brighter and more lively sounding; a great compliment to the ribbons we used with the Fearn.

Next up was our Schoeps CMC6 with MK2 and MK41 capsules taking the position of drum overheads. The initial result was an oversaturated sound that was a little too bright for our tastes. To combat the brightness and oversaturation, we switched to LO-Z mode and tried both inline Whirlwind XLR 20dB pads and the Schoeps 20dB capsule pads as a comparison. Both pads worked well to lower the saturation amount, but we slightly preferred the capsule pads. Fearn recommends padding closest to the source as possible before padding at the preamp. In this particular case, padding at the preamp was not an option anyway, as we preferred the LO-Z mode instead. The options are no padding, -20dB, or LO-Z. In the end, we were rewarded with a big, beautiful, and silky overhead sound. In light of this, it was no surprise to us when we achieved equally satisfying results from various other sources using large diagram mics as well. We came to the conclusion that the VT-2 could be used on any source with a wide variety of mics with great success.

When used as an effects box to add some analog richness to tracks from our DAW, we had great results with individual tracks, sub-mixes, and complete mixes. The overall theme was a slight smoothing of any hard edges, a progressive thickening of the sound (higher RMS), and that subtle but beautiful sheen, as mentioned previously.

The VT-2 includes a well-written manual, which goes into the company and product's history, and provides thorough instruction on how to make the most out of the unit. In addition, there is a wealth of information available at D.W. Fearn's website, freely available to view and download.

Product support is second to none with Fearn gear, and Hazelrigg Industries does a great job supporting their customers in a timely fashion.

The D.W. Fearn VT-2 tube preamp sells for $5,400. This is indeed one of the most expensive preamps you can buy that is currently in production. But with that price comes the satisfaction of owning one of the finest, high-quality preamps ever made. You’ll likely keep this one for life and beyond.
Contact Information 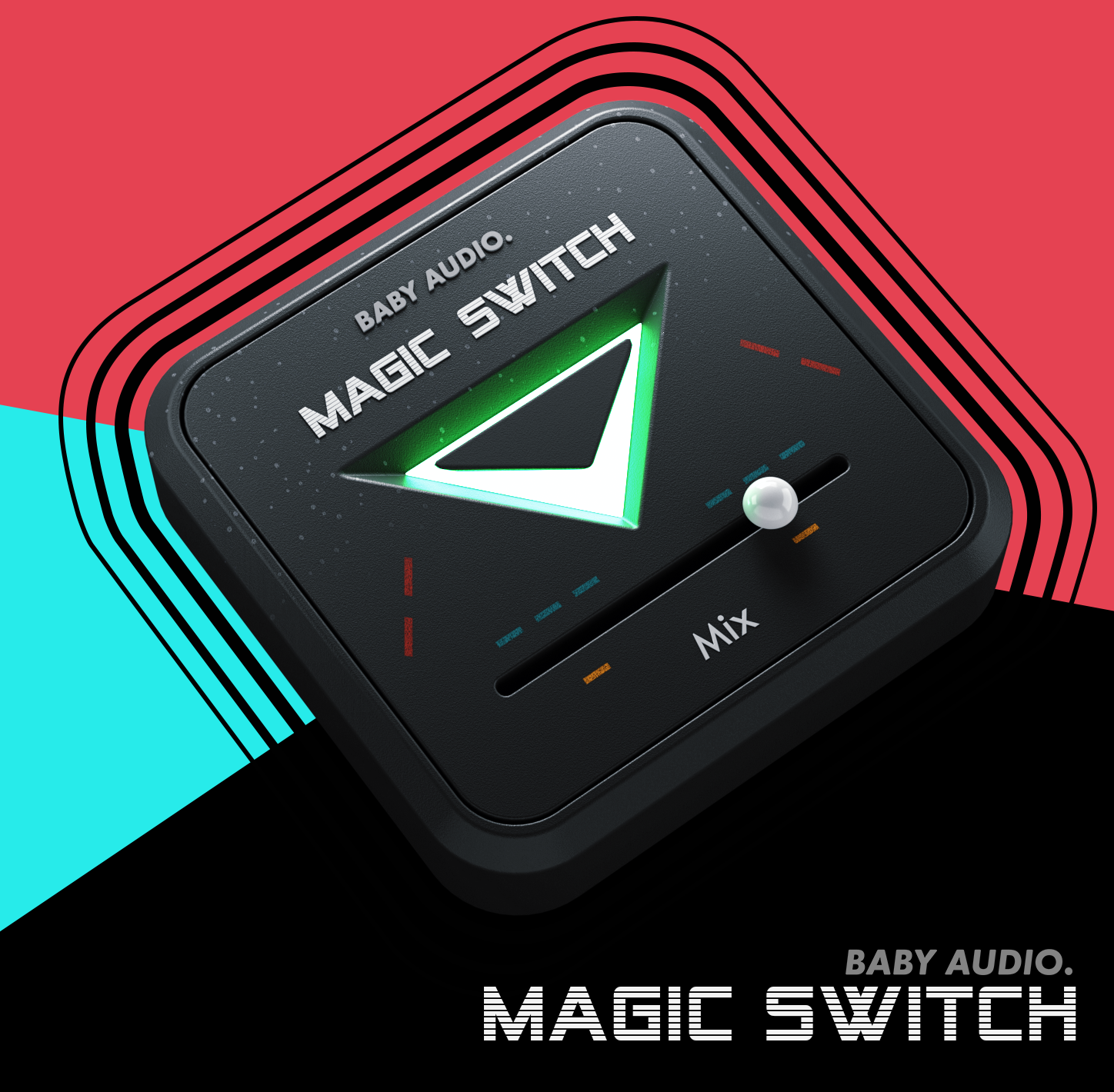 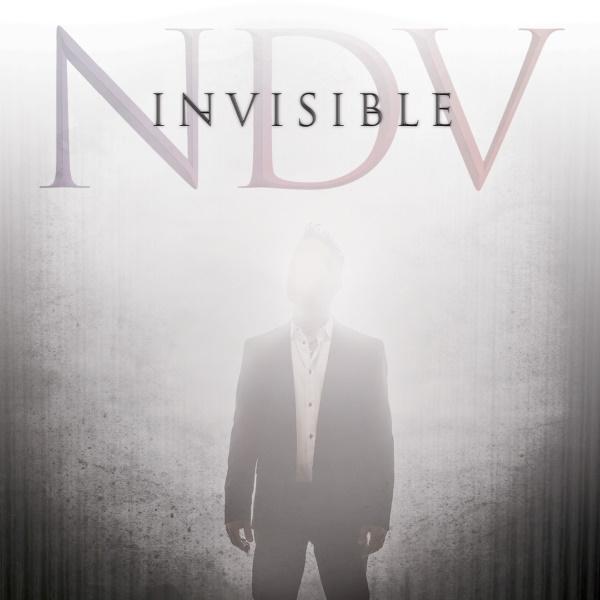