Morse, Portnoy, George share video for cover of 'Baker Street' off their upcoming third installment of 'Cover to Cover' series

Neal Morse, Mike Portnoy & Randy George recently announced their return to the Cover To Cover series of albums with ‘Cov3r To Cov3r’, the brand new third instalment. Featuring their renditions of classic tracks by the likes of King Crimson, Jethro Tull, Gerry Rafferty, David Bowie & more (including their cover of ‘No Opportunity Necessary, No Experience Needed’ featuring vocals from Yes singer Jon Davison), the album will be released on July 24th, as CD, Gatefold 2LP + CD & as Digital Album. Today they are pleased to reveal a video for their cover of ‘Baker Street’, originally by Gerry Rafferty, and you can watch it now here:

Randy George comments: “Baker Street' is one of the songs that is instantly recognizable. When I first mentioned the idea of doing 'Baker Street,' Neal said that it was funny because he and Mike had just been discussing that one as well.“ Neal Morse adds: “To be honest I was never that big of a fan of this song. It’s one that Mike really wanted to do as I recall. But as we dove into it and I began singing it, I really felt it. Lyrics about thinking that it’s going to be really easy to succeed and then hitting walls and becoming disillusioned are very relatable to me. I found myself really digging into it and taking a kind of “The Who” approach to the song really works well!” 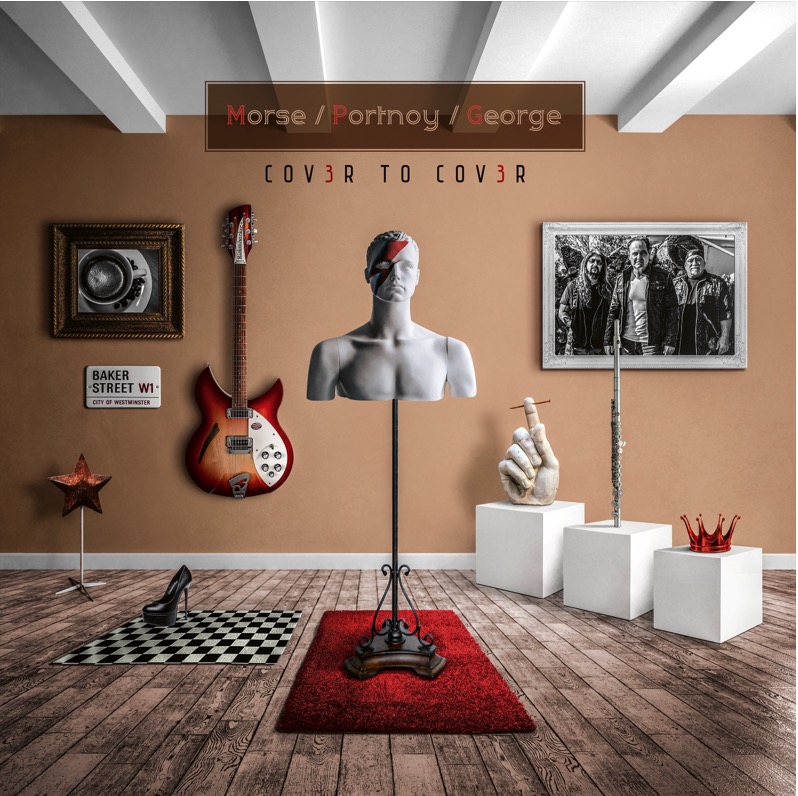 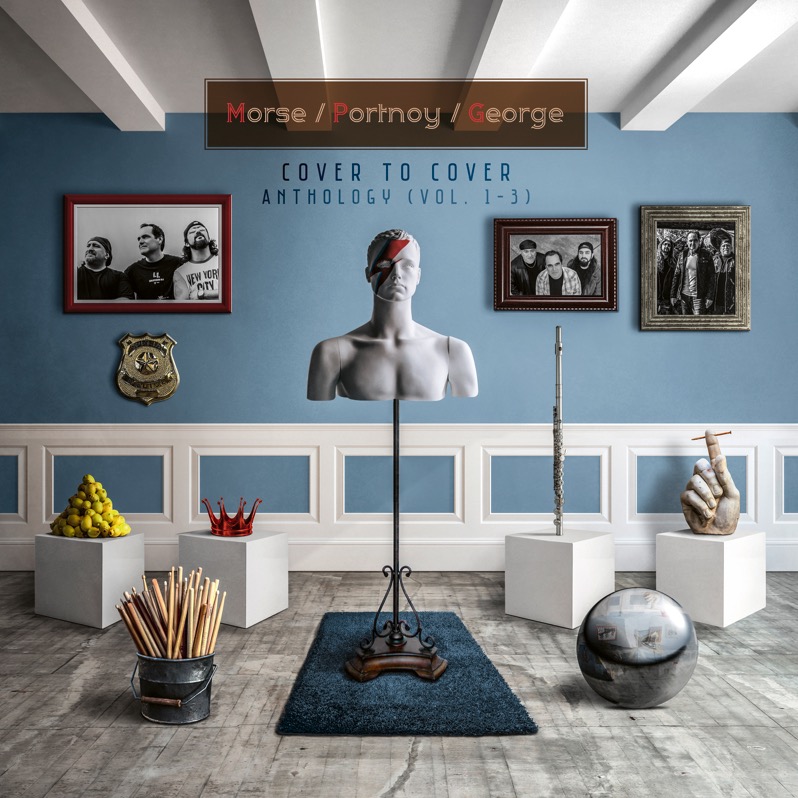 Morse, Portnoy & George first worked together on Neal Morse’s Testimony Live project back in 2003, and since then they have devised and recorded countless Neal Morse albums, including three with The Neal Morse Band. The three friends have also released music as Morse, Portnoy & George: So far, two 'Cover to Cover' albums have been produced, each being a collection of covers of their favorite songs.

As Portnoy explains: “One of the first things myself, Neal and Randy usually start talking about what we can cover when we gather for one of Neal’s solo albums, should we have some leftover time at the end of the session. Most of the songs are rooted in the 60s and 70s and are songs / bands we grew up with.”

Explains George, “We all share an attachment for this era of music, so we each throw out song ideas, see what sticks, and record the ones we like the most!” The trio has covered songs from such greats as Paul McCartney, Cream, The Who, Jethro Tull, Steely Dan, and many more. They also have also covered some prog classics from the likes of King Crimson and Yes. The full track-listing for all 3 Cover To Cover volumes is below.
Cover To Cover:
1.Where The Streets Have No Name (U2)2.I’m The Man (Joe Jackson)3.What Is Life? (George Harrison)4.Badge (Cream)4.Maybe I’m Amazed (Paul McCartney)5.Day After Day (Badfinger)6.Pleasant Valley Sunday (The Monkees)7.Tuesday Afternoon (The Moody Blues)8.Can’t Find My Way Home (Blind Faith)9.I’m Free / Sparks (The Who)10.Where Do The Children Play (Cat Stevens)11.Feelin’ Stronger Everyday (Chicago)12.Rock N Roll Suicide (David Bowie)
Cover 2 Cover:
1.(What's So Funny About) Peace, Love & Understanding (Elvis Costello)2.Lido Shuffle (Boz Scaggs)3.Crazy Horses (The Osmonds)4.Driven To Tears (The Police)5.Come Sail Away (Styx)6.Rikki Don’t Lose That Number (Steely Dan)7.Lemons Never Forget (The Bee Gees)8.The Letter (Joe Cocker)9.I Saw The Light (Todd Rundgren)10.Teacher (Jethro Tull)11.Southern Man/Needle And The Damage Done/Cinnamon Girl (Neil Young)12.Starless (King Crimson)
Cov3r To Cov3r:
1.No Opportunity Necessary, No Experience Needed (Yes)2.Hymn 43 (Jethro Tull)3.Life On Mars (David Bowie)4.Baker Street (Gerry Rafferty)5.It Don’t Come Easy (Ringo Starr)6.Baby Blue (Badfinger)7.One More Red Nightmare (King Crimson)8.Black Coffee In Bed (Squeeze)9.Tempted (Squeeze)10.Runnin’ Down A Dream (Tom Petty)11.Let Love Rule (Lenny Kravitz) 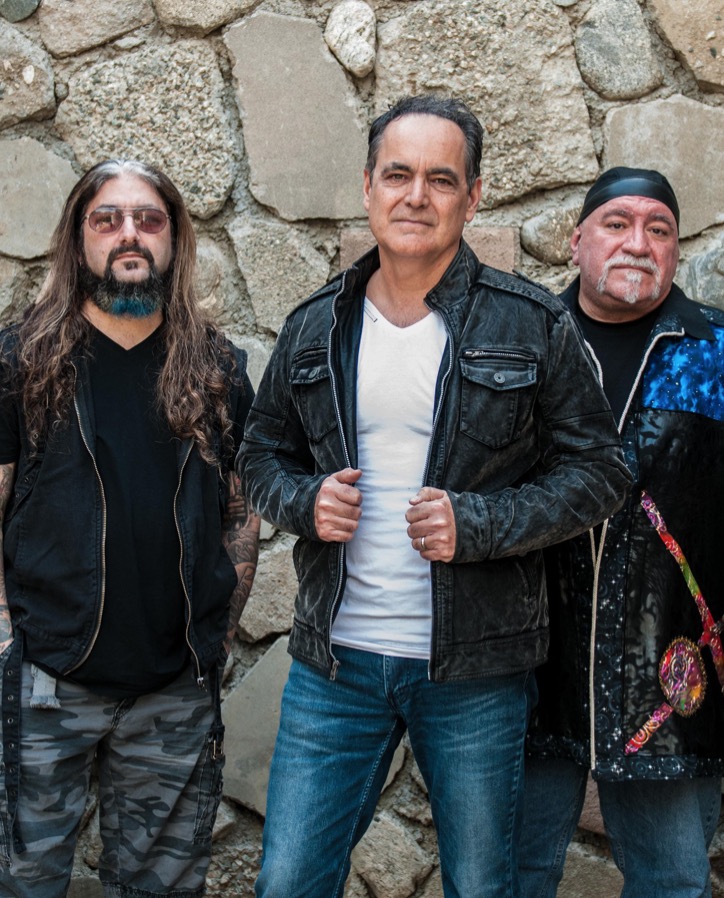 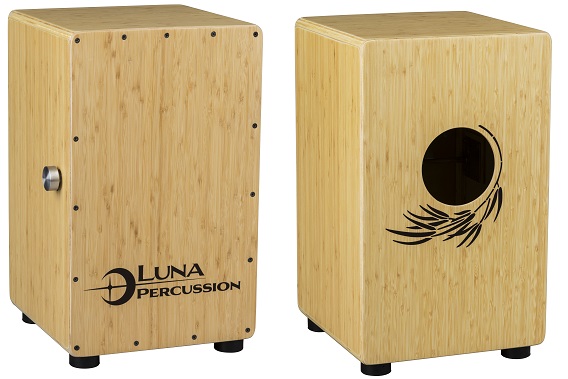