Gibson Celebrates the GRAMMY-winning Guitarist, Recreating His Beloved “Phenix” Les Paul Custom that Survived a Plane Crash in 1980, and was Reunited with Frampton 31 Years Later

NASHVILLE, TN (May 4, 2021) For the past 127 years, Gibson has been synonymous with creating and shaping sound. Gibson is celebrating the iconic models of the Golden Era while leaning into the future with inspiring instruments that nurture new players across generations, and genres of music. Gibson is celebrating the GRAMMY-winning guitarist Peter Frampton, who has been a signature Gibson and Epiphone artist for over two decades. 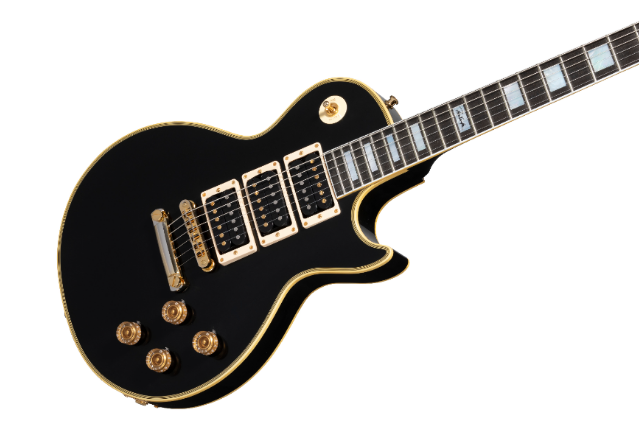 “My brand-new Gibson Les Paul Custom VOS has arrived, and boy is it good,” says Peter Frampton. “I couldn’t be more pleased with the look and sound. Gibson has gone that extra mile in every area to make this feel and sound the closest to my original, storied Phenix Les Paul Custom guitar. The neck and weight of this mahogany guitar will amaze you at how great it feels and how light it is (and it’s even a hair lighter than the Phenix). This is the real deal. Thank you, Gibson!” 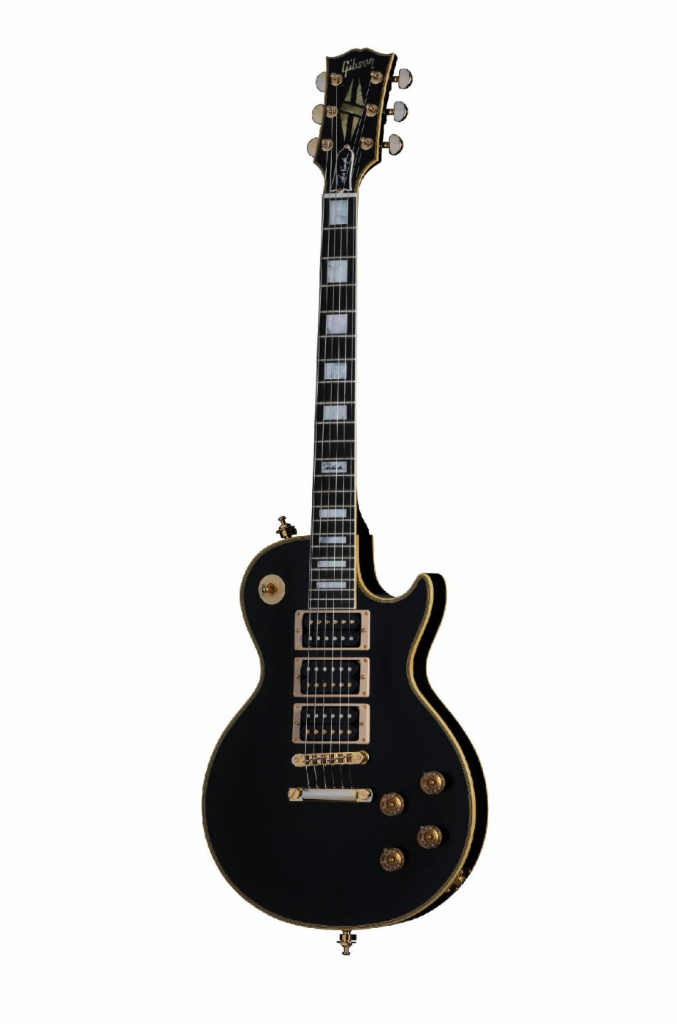 Peter’s Les Paul Custom aka “Phenix” is the iconic guitar that is both heard on and graced the cover of the classic 1976 album Frampton Comes Alive!. The beloved and legendary guitar was long thought to be lost in a cargo plane crash in 1980, miraculously, the guitar survived the crash in the tail of the plane and 31 years later, it was returned to Frampton and nicknamed the “Phenix.” Now the Gibson Custom Shop has teamed with Peter to perfectly recreate the Peter Frampton “Phenix” Les Paul Custom VOS which has all of the Les Paul Custom cosmetic appointments in place, including a weight-relieved, ultra-lightweight mahogany body, gold hardware and Grover tuners, Schaller Strap Locks, and three open coil Custom humbuckers. 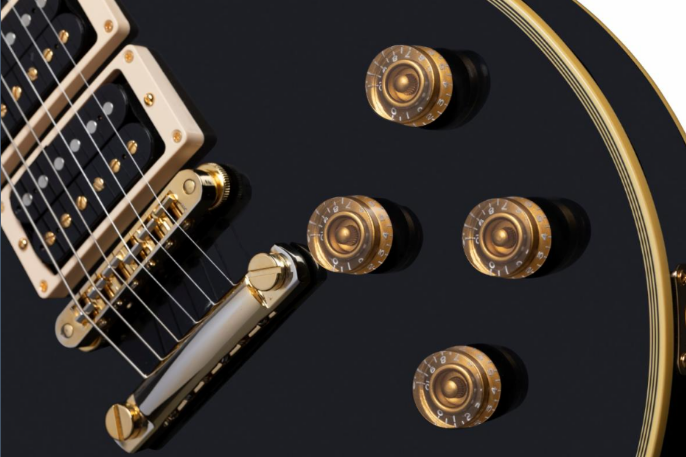 The Phenix’s special VOS finish gives the guitar the look of the vintage original, minus the dings and scars. The Phenix features custom wiring, a 3-way toggle switch controls the neck and bridge pickups, and they share a volume and tone control. The second set of volume and controls are connected to the middle pickup, it can be used with either (or both) of the other pickups and it can even be used by itself when the other pickups are toned down. The Peter Frampton “Phenix” Les Paul Custom guitar is not only iconic looking and great sounding, but it is a highly versatile guitar as well. 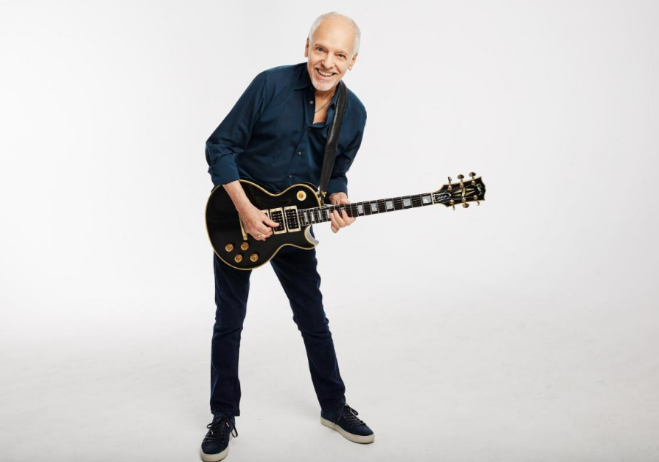 Frampton’s storied career began when he was 16 as the lead singer and guitarist for the British band The Herd. By 18, he co-founded one of the first supergroups – the seminal rock act Humble Pie. A multi-platinum-selling artist, his fifth solo album, Frampton Comes Alive!. remains one of the top-selling live records of all time with over 17 million copies sold worldwide. In 2007, he won the GRAMMY Award for “Best Pop Instrumental Album” for Fingerprints and in 2014 was inducted into the Musicians Hall of Fame. Frampton’s touring years have included work with a who’s-who of the top names in music, such as David Bowie, Stevie Nicks, Gregg Allman, Ringo Starr, Lynyrd Skynyrd, Cheap Trick, Steve Miller Band, Bill Wyman's Rhythm Kings, and many others. Frampton’s session work includes collaborations with artists who have made their mark on the industry including George Harrison, Harry Nilsson, Jerry Lee Lewis, John Entwistle, Mike McCready, and Matt Cameron (Pearl Jam), among many others. Frampton’s recently released memoir, Do You Feel Like I Do?, debuted on the New York Times Best-Seller list. 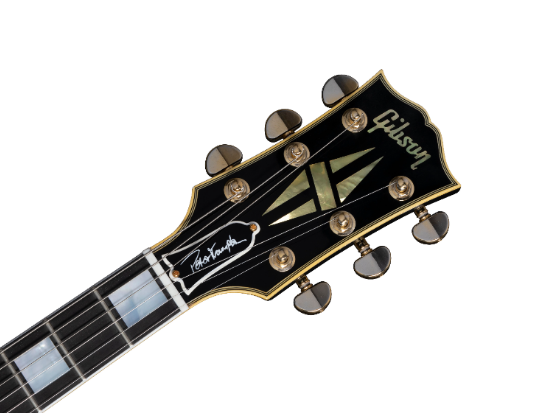 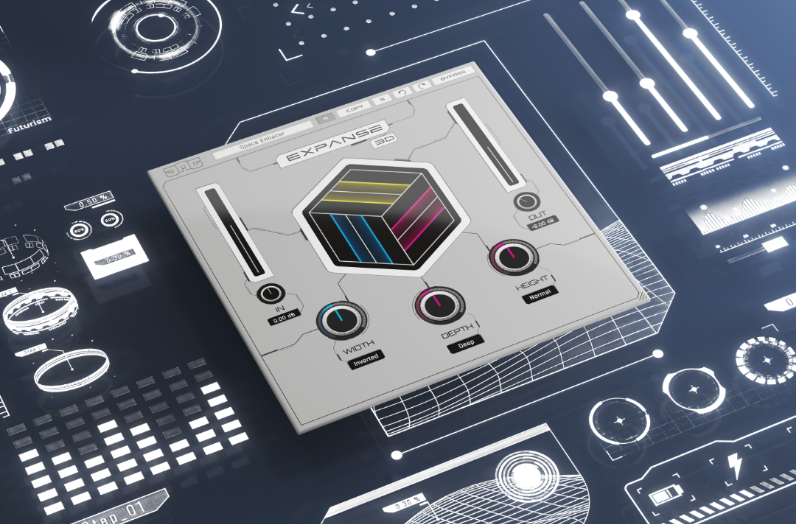 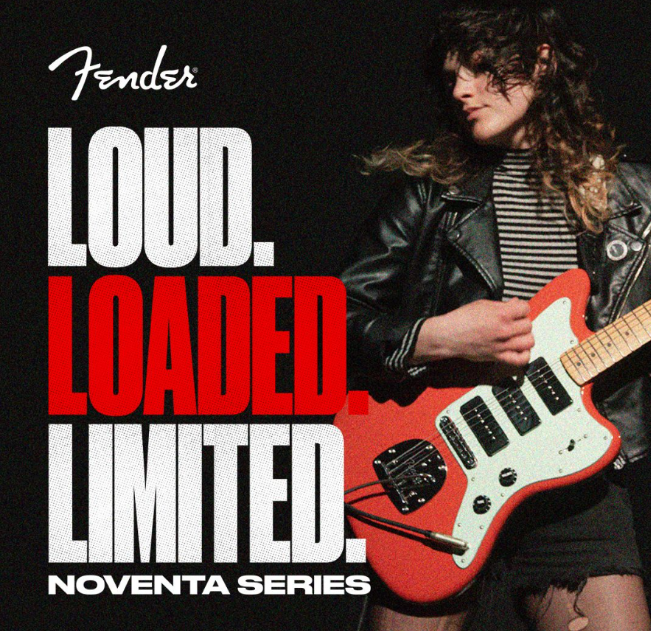