Los Angeles, CA, June 17, 2021 — BOSS announces the HM-2W Heavy Metal, the latest in the growing lineup of Waza Craft pedals that recreate classic BOSS designs with detailed craftsmanship, premium components, and extended features. Based on the HM-2 Heavy Metal pedal from the 1980s, the HM-2W delivers the true analog sound of the original in all its glory, coupled with numerous modern refinements for enhanced performance.

Produced from 1983 to 1991, the BOSS HM-2 Heavy Metal is a legend in the history of distortion pedals. Its signature “chainsaw tone” with all knobs maxed is the defining voice of Swedish death metal music, and the slightly milder sides of its personality can be heard on tracks from mainstream to shoegaze. Over time, the pedal’s uniquely aggressive sound and focused midrange have become highly sought after by players around the world. After years of requests from hardcore HM-2 fans, BOSS is pleased to reintroduce the iconic stomp three decades later in a special Waza Craft edition.

Like all Waza Craft models, the HM-2W features selectable modes for different sounds. BOSS engineers have also added audio performance improvements without affecting the original tone, including reducing the noise floor and expanding the maximum level by 3 dB. The HM-2W features a premium Waza Craft buffer as well, providing improved sound when the pedal is bypassed. 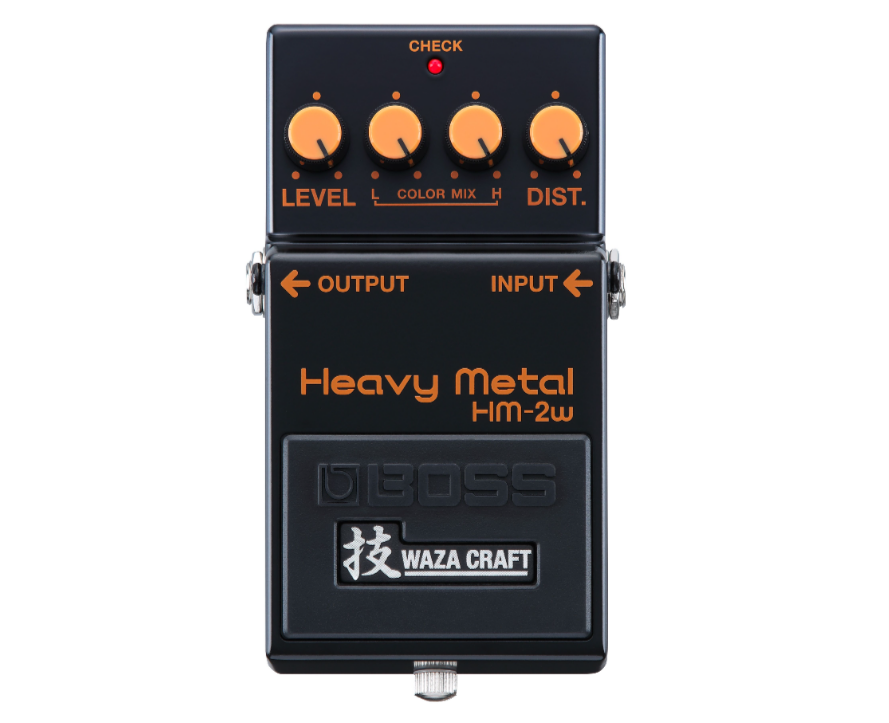 When the HM-2W is in Standard mode, the tone and response of the original HM-2 pedal are reproduced with 100-percent authenticity. Cranking every knob all the way up delivers the genuine sound of Swedish death metal, and users can conjure a wide range of tones for other styles with the sensitive distortion and color controls.

The HM-2W’s Custom mode offers a similar sound character to Standard mode, but with just a little more of everything. The drive stage has more gain and includes more of the fundamental guitar sound for extra attack and sharpness. In addition, the low and high-mid characteristics have been tweaked for increased fullness and definition. 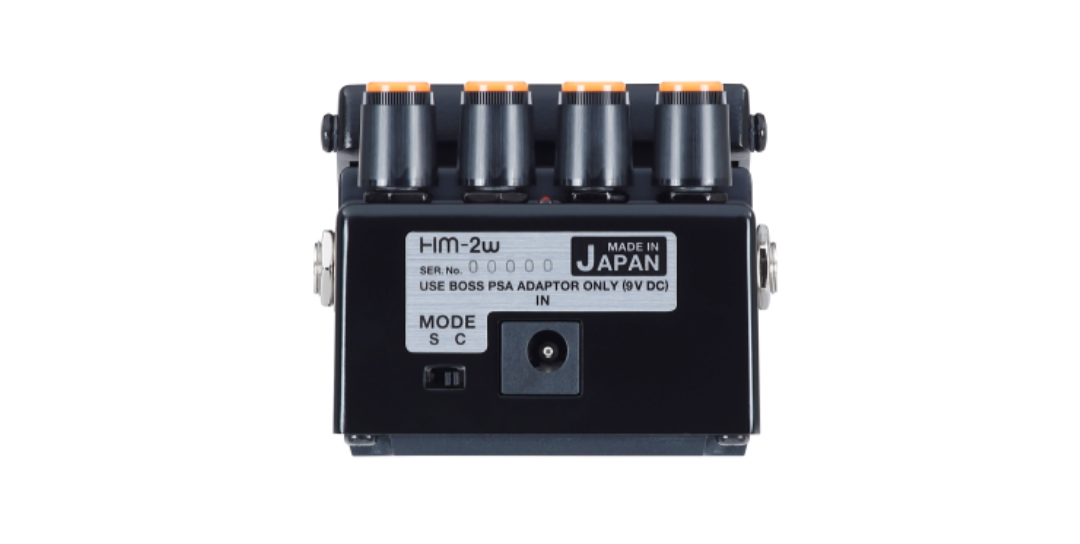 Along with the vintage HM-2 sound, BOSS has captured the original pedal’s distinctive orange and black appearance, right down to the size and position of lettering on the panel. And while the mode switch on most Waza Craft pedals is positioned on the face, it’s been moved to the top on the HM-2W to preserve the control layout from the HM-2. 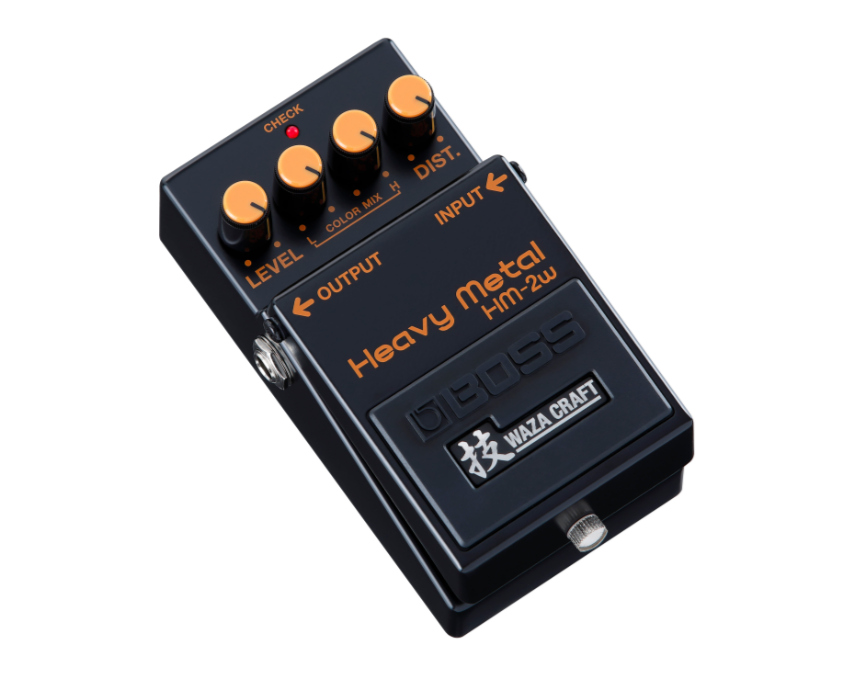 * Price at the time of publishing. 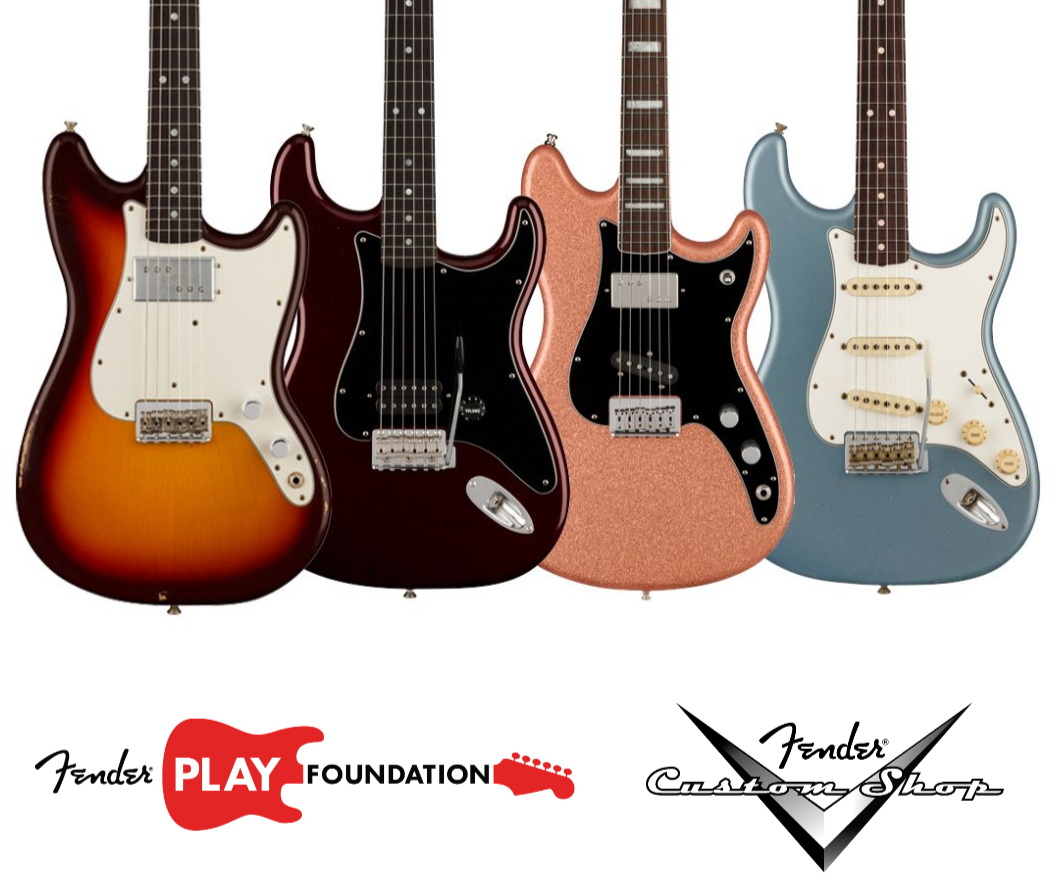 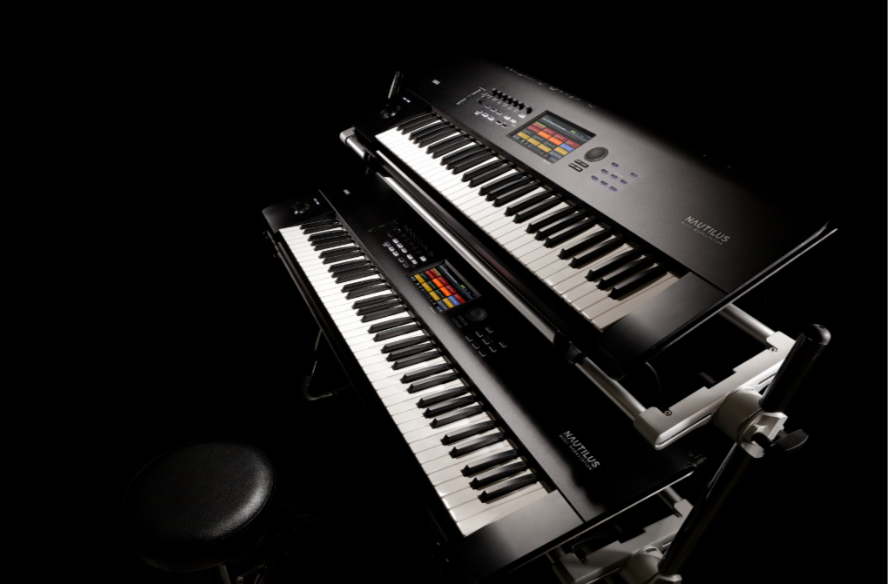