NASHVILLE, TN (July 29, 2021) Gibson, the iconic American instrument brand, has announced an official brand partnership with Kirk Hammett of Metallica, one of the most iconic rock guitarists today. The new partnership will span across Gibson Brands including Gibson and Epiphone guitars.

“It’s a really great and exciting time for me to be joining forces with Gibson,” says Kirk Hammett. “I look forward to achieving great things together in the future.” 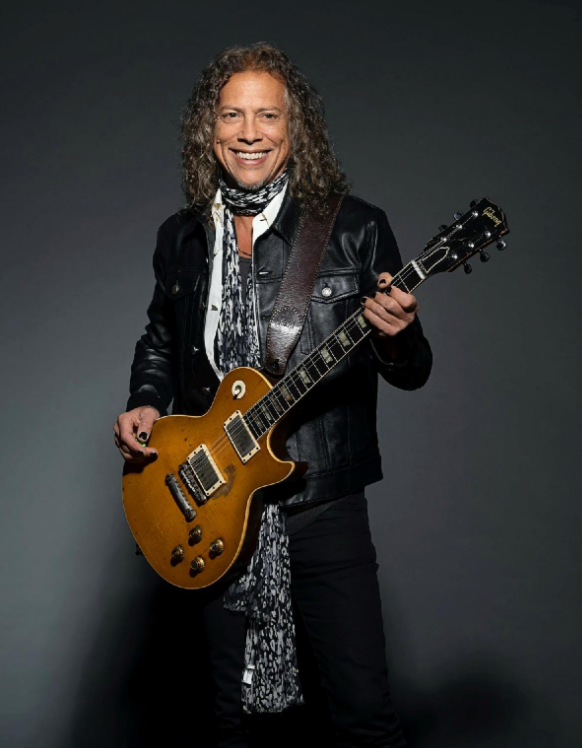 “It’s an honor to welcome the icon, the ripper, Kirk Hammett back to the Gibson family,” says Cesar Gueikian, Brand President, Gibson Brands. “Kirk has been carrying the flag for hard rock and heavy metal for decades, and his Gibson guitars have been there with him from the very beginning. From his first Gibson, his 1979 Flying V to ‘Greeny’ and everything in between, Gibson guitars have been an integral part of Kirk’s sound. All of us at Gibson are looking forward to this collaboration and are grateful that Kirk has trusted us to begin a new partnership.” 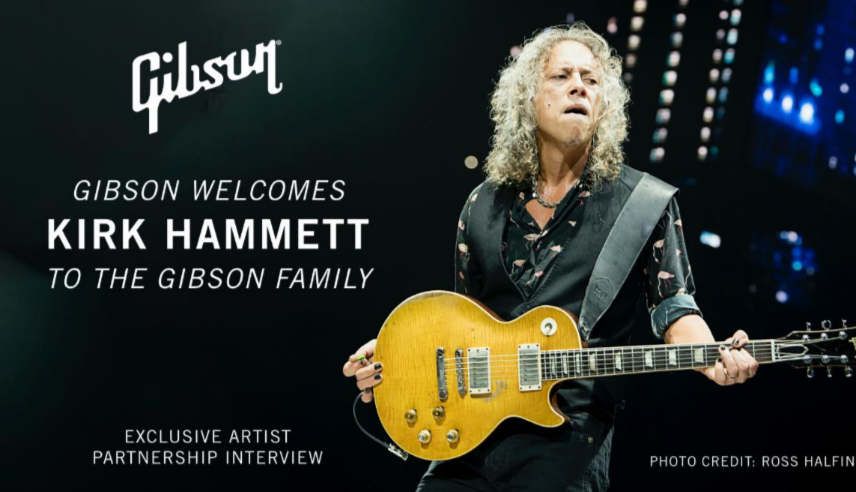 Born in San Francisco in November 1962, Kirk Hammett quickly found himself obsessed with watching monster movies and reading books and comics. Transitioning through his teenage years meant taking up guitar and teaching himself how to play by ear for hours on end.

In 1979, Kirk Hammett named and founded the metal band Exodus. After recording a three-song demo in 1982, Hammett was called out to New York to audition for Metallica, and by the time Kill ‘Em All was released in July of 1983, he was officially part of the Metallica plan for world domination. Adding his style and passion into the mix helped define and shape the sound of Metallica as they grew into the band they are now, and Hammett’s solos and signature licks have inspired a legion of musicians young and old. 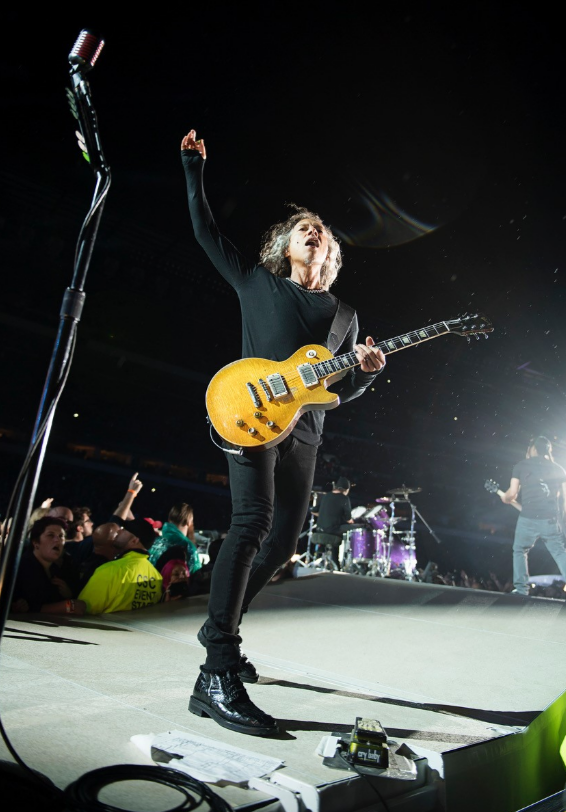 From Hammett’s early sonic experiences with a guitar out of a Montgomery Ward store catalog special, progressing to hitting Hendrix vibes with a ’78 Fender Stratocaster, then moving on professionally to Gibson Flying Vs and Les Pauls, and customized ESP’s. It goes without saying that Kirk Hammett is a guitar geek and has an affinity for anything with six strings including his 1985 Jackson Randy Rhoads Flying V or a frequently played Gibson 59 Les Paul Standard that once belonged to the immortal genius of both Peter Green and Gary Moore - affectionately known and celebrated worldwide as “Greeny.” Now as Metallica celebrates their 40th Anniversary in 2021, Kirk Hammett is ready to let those strings shine once again. 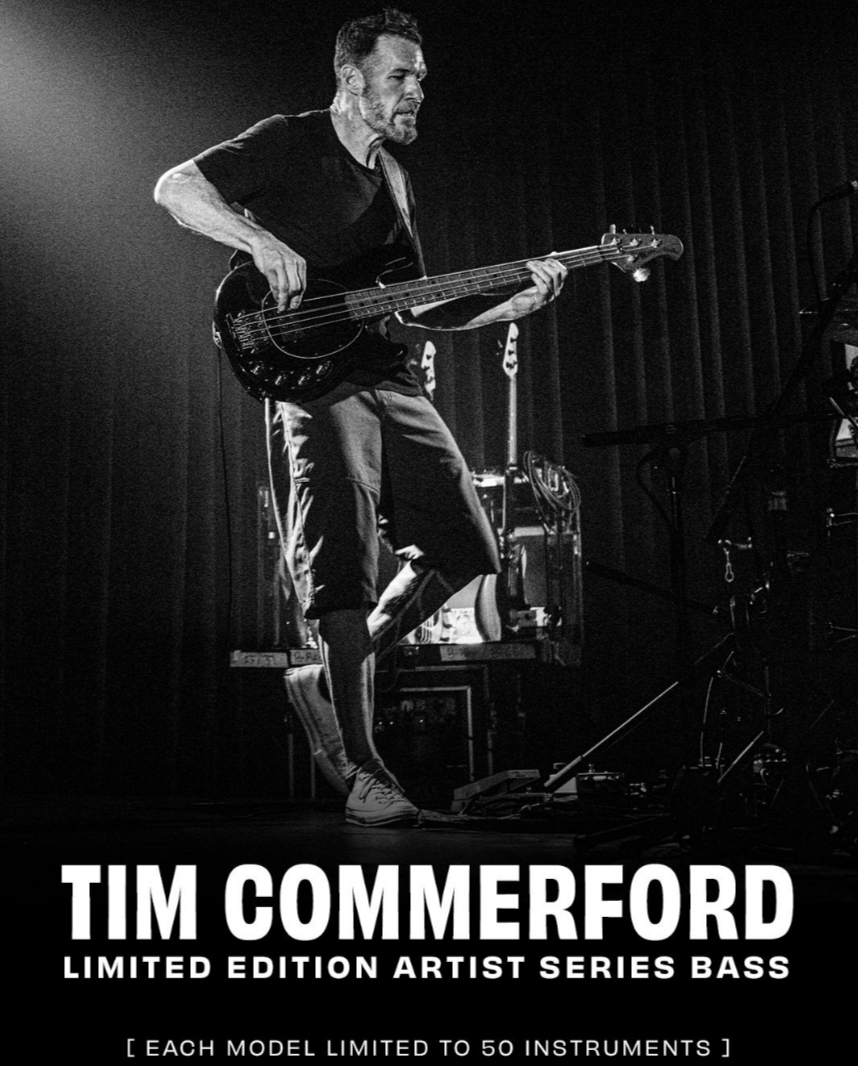 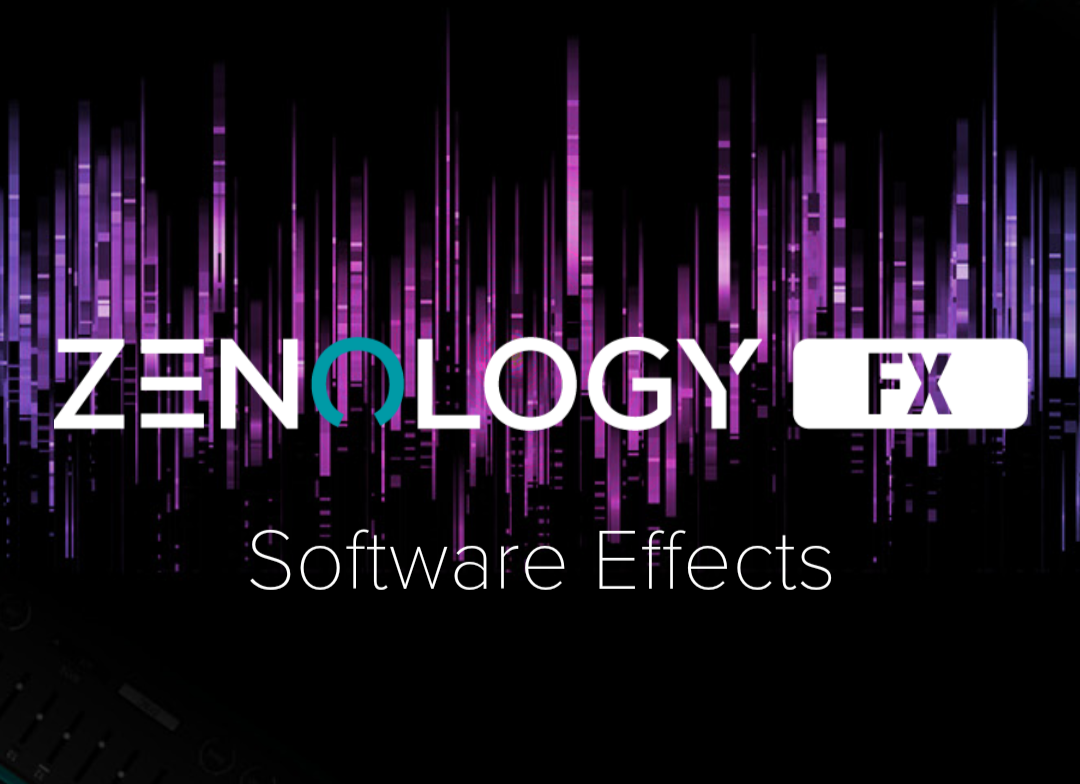