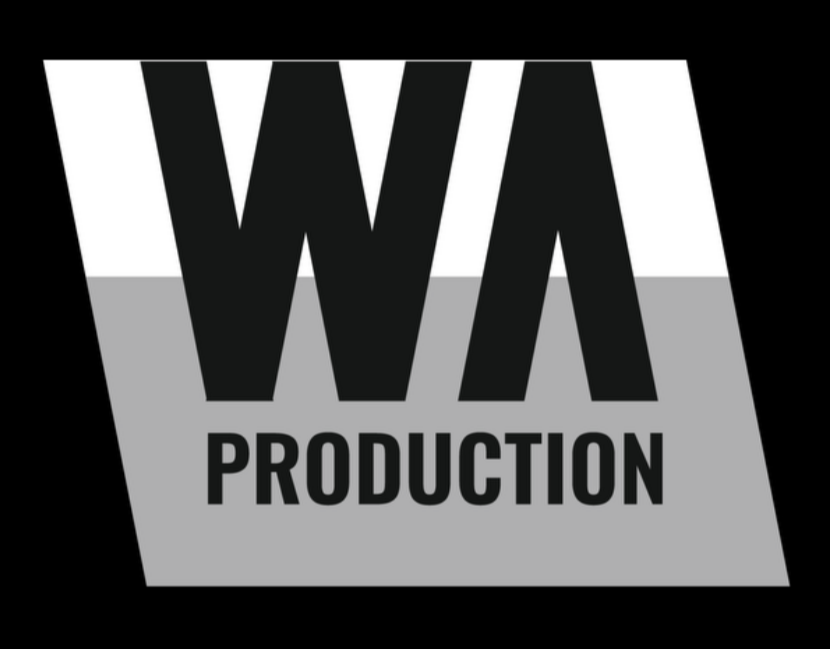 , producers of high-end professional-sounding samples, instrument and effect plug-ins, DAW (Digital Audio Workstation) templates, and more, is proud to announce availability of its MultiBender plugin — producing a tempo-synced solution to creative delay processing like no other, thanks to delicious-sounding multi-band processing and four simultaneous delay modules making for truly epic effects — as of November 10…

Multi-band madness abounds as MultiBender’s delay processing is split into three separate colour-coded modules linked to the (mostly) standard —PRE DELAY (sets a pre-delay between 0 and 200 ms), TIME (adjustable in bars —S (straight), D (dotted), and T(triplets) can be selected above), FEEDBACK(sets the feedback of the main delay), HAAS (creates a stereo — Haas — effect), and MIX (acts as a common mix control for the whole plugin, allowing for parallel usage) — controls located towards the top of the GUI (Graphical User Interface)... ‘mostly’ meaning that it is well worth noting here, however, that the Haas effect — also known as the precedence effect or law of the first wavefront — is a binaural psychoacoustic phenomenon discovered by Dr. Helmut Haas in 1949, whereby when a sound is followed by another sound separated by a sufficiently short time delay, listeners perceive a single auditory event whose spatial location is dominated by the location of the first-arriving sound. But back in the wonderful world of MultiBender, those three separate modules’ controls can all be adjusted independently by simply dragging the crossover points in the waveform display to speedily set up the frequency ranges of the three bands, then choose a delay TIME (including dotted and triplet feel), FEEDBACK level, and GAIN adjustment, allowing for a short delay for the low end and longer ones for mids and highs to effectively send them bouncing around the room. Readily available are ‘on’ and ‘off’ buttons — click- and pop-free bypass, in other words — which enable users to disable any unwanted processing in an instant, if wishing to keep their bass line tight or the midrange clean, for instance.

It is fair to say that the standard delays for each of those three bands already sound complex and expansive, but users can push the effect to the limit with Saturation, Bitcrush, and Detune effects that are also available for each band (hidden under the selection triangle), running completely independently of each other. Apply as much or as little of each process as needed to create different kinds of audio effect — think sparkling highs with saturated harmonics in the upper frequency range, detuned midrange delay for a wavering analogue feel in the body of the sound, screaming bass line with bit-crushed low end... (almost) anything is possible! 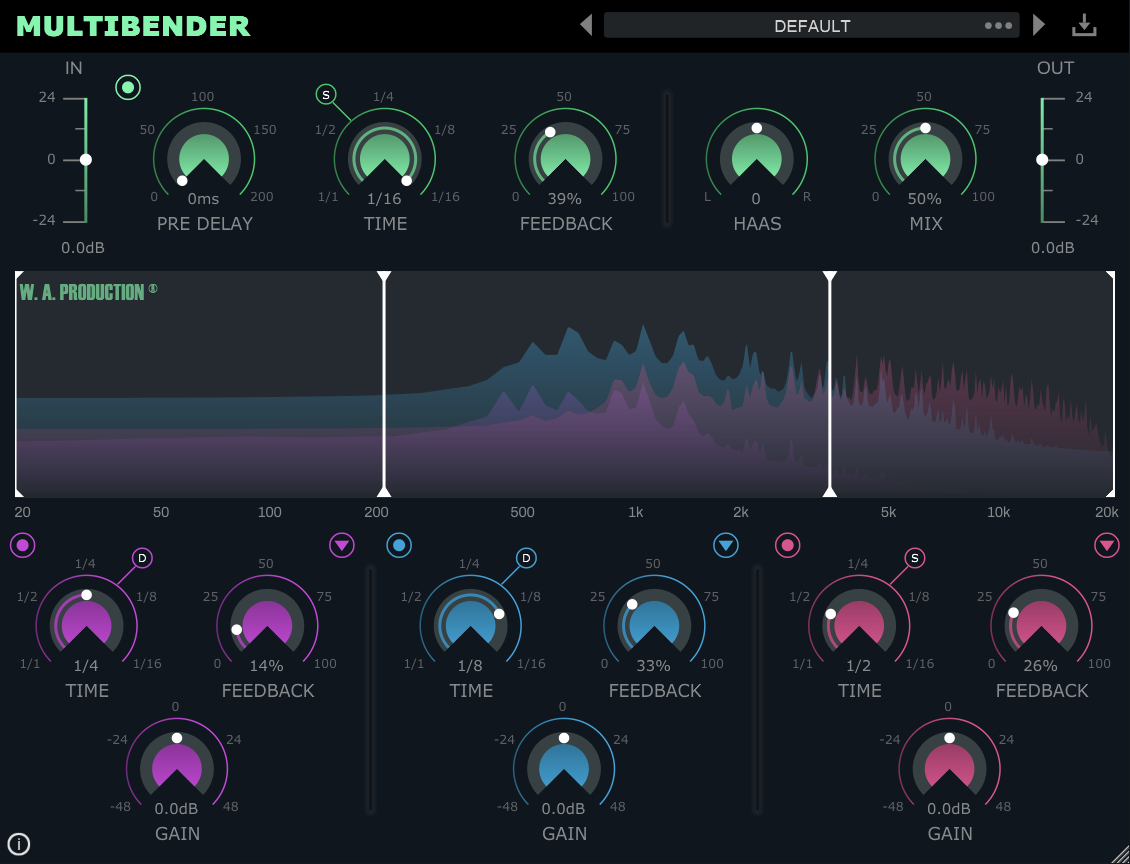 As a tried and trusted technique for adding space and width to delay adventures, the main delay’s helpful HAAS control can create a subtle stereo effect by shifting the timing offset of the left or right channel — creative delay processing like no other continues unabated.

Some say looks are everything. Exactly what is happening to each of the three bands as the audio passes through the MultiBender plugin comes courtesy of that good-looking GUI’s central window’s three coloured waveforms that clearly display the effect of each module’s processing for facilitating accurate monitoring and surgical shaping at every stage of the signal chain — clearly useful feedback for keeping tabs on transformations.

The MultiBender plugin of course comes complete with an abundance of presets — perfect for finding the perfect shuffle for using with guitars, bass, drums, synths, and vocals. Virtually everything from subtle ping-pong bounces to massive-sounding room delays that literally last for days are all there for the creative taking.

To conclude: conjuring up intricate percussion patterns, wild ping-pong synths, and grooving leads is perfectly possible with just a few clicks — or even instantly if turning to one of those truly inspirational presets. Put it this way: each individual delay band making MultiBender what it is has bespoke effects to transform boring keys into wobbly vintage progressions, or tighten up flabby bass parts with distortion and saturation for dance-floor domination! Thanks to its delicious-sounding multi-band processing and four simultaneous delay modules making for truly epic effects, W.A. 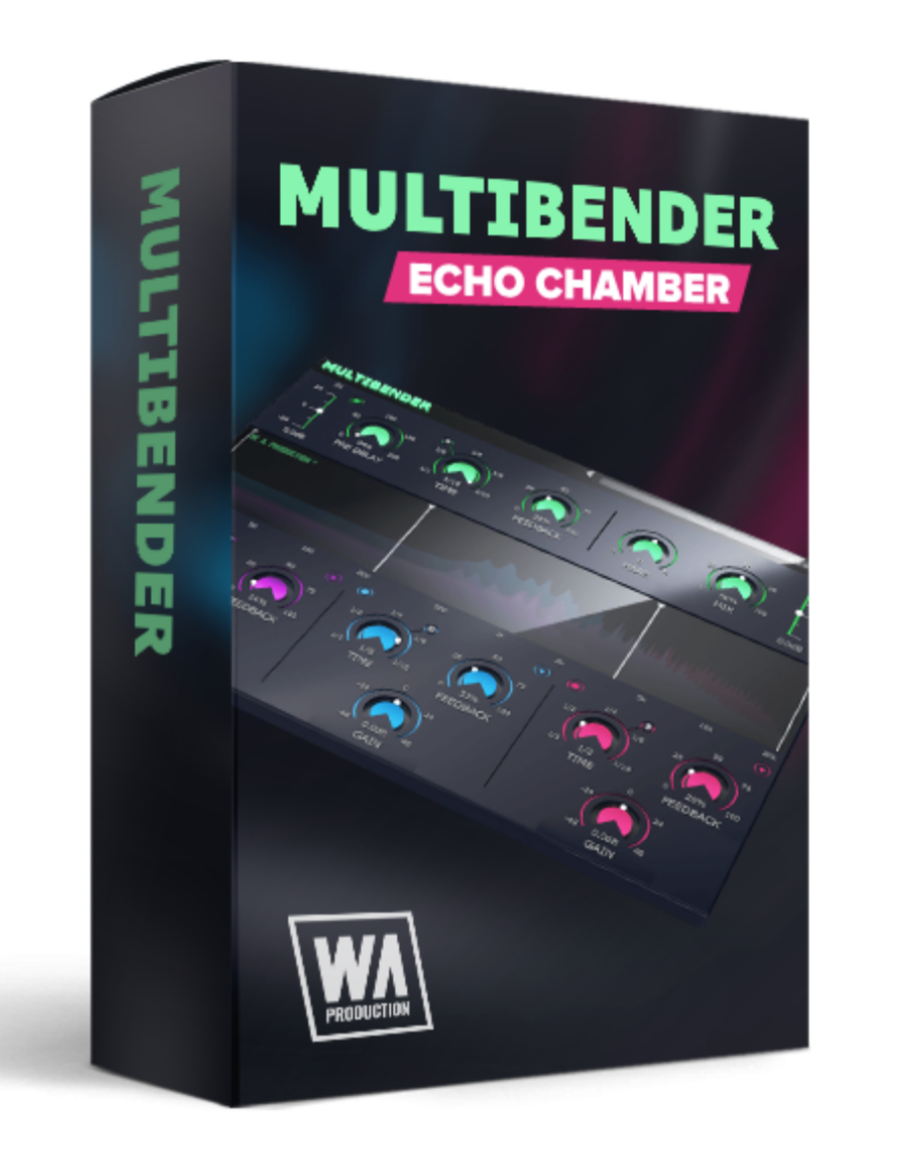 Production’s MultiBender plugin is, indeed, a tempo-synced solution to creative delay processing like no other.

MultiBender is available to purchase for a time-limited introductory promo price of only $25.00 USD (representing a significant 50% saving) — rising thereafter to its regular price of $49.90 USD — as a 64-bit AAX-, AU-, VST-, and VST3-compatible plug-in for macOS (10.11 or later) and 32- or 64-bit AAX-,VST-, and VST3-compatible plug-in for Windows (7 or later) directly from W.A. Production via its dedicated webpage, which also includes an audio preview, here:https://www.waproduction.com/plugins/view/multibender

14-day, fully-functional trial versions of all W.A. Production plug-ins — including MultiBender— are available by signing up for an account for free here: https://www.waproduction.com/users/login 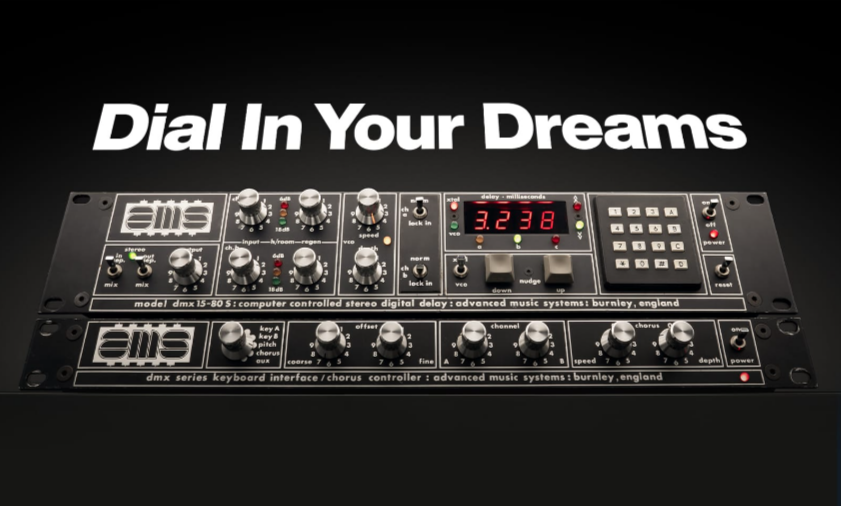 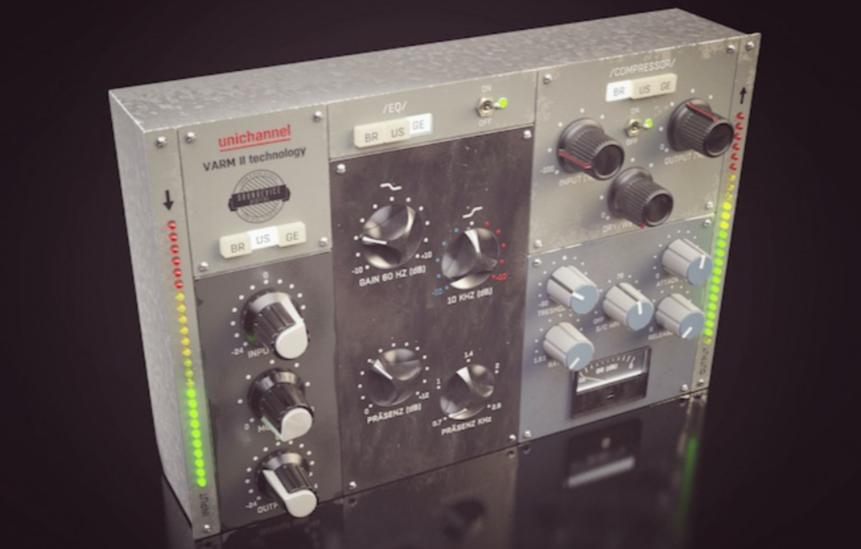