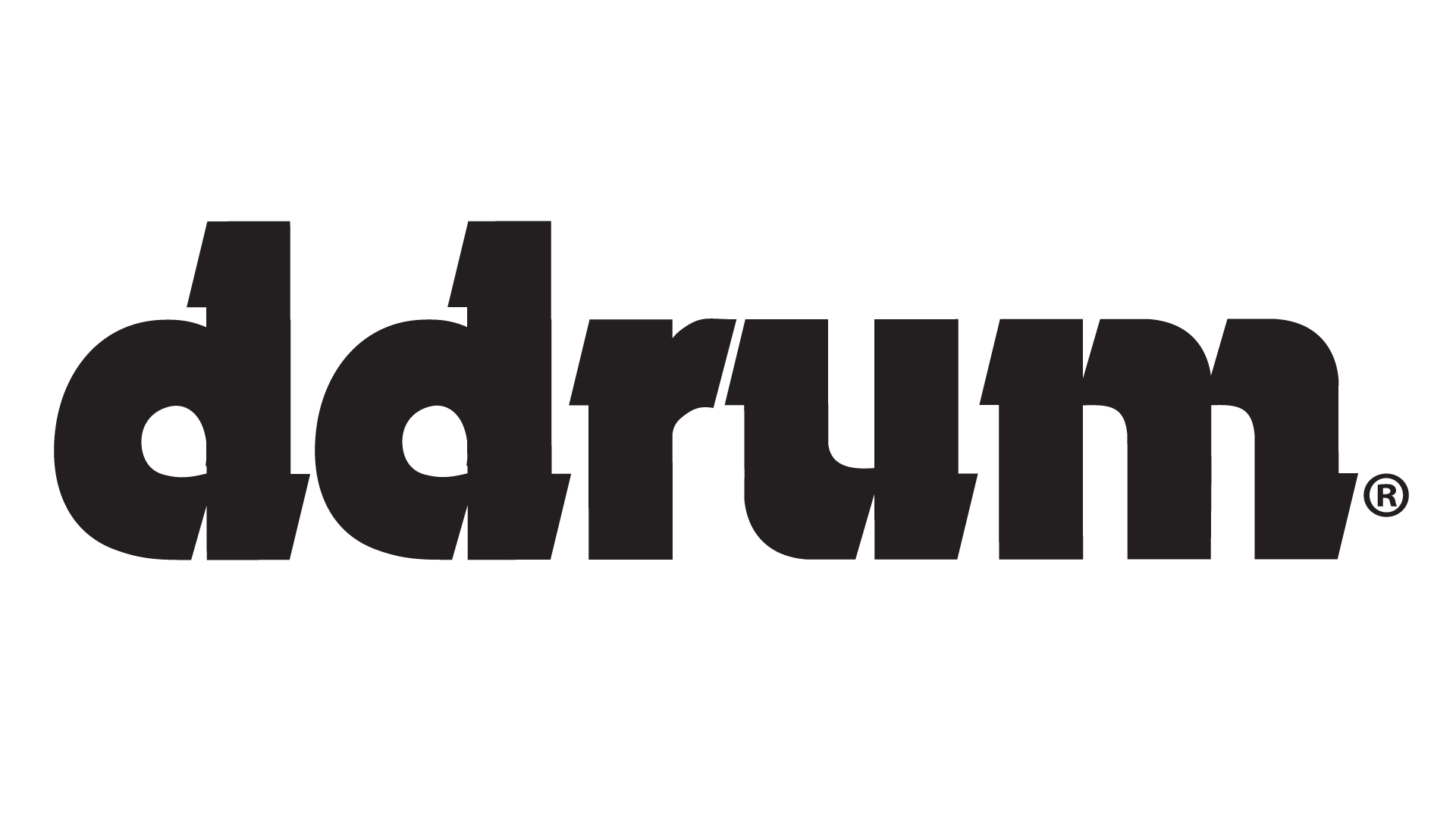 TAMPA, FL — ddrum honors a legend with the introduction of the Vinnie Paul 6-piece Trigger Tour Pack with Cables. Featuring two kick triggers, three single-zone tom triggers, and one dual-zone snare trigger, this signature tour pack enables players to replicate the sounds of a drumming influencer who rose to fame in Pantera, a band credited with pushing the heavy metal genre in an even heavier direction. With the Vinnie Paul Trigger Tour Pack, players have the essential gear they need to achieve that special blend of electronic and acoustic sounds to absolutely dominate a mix like the man himself. 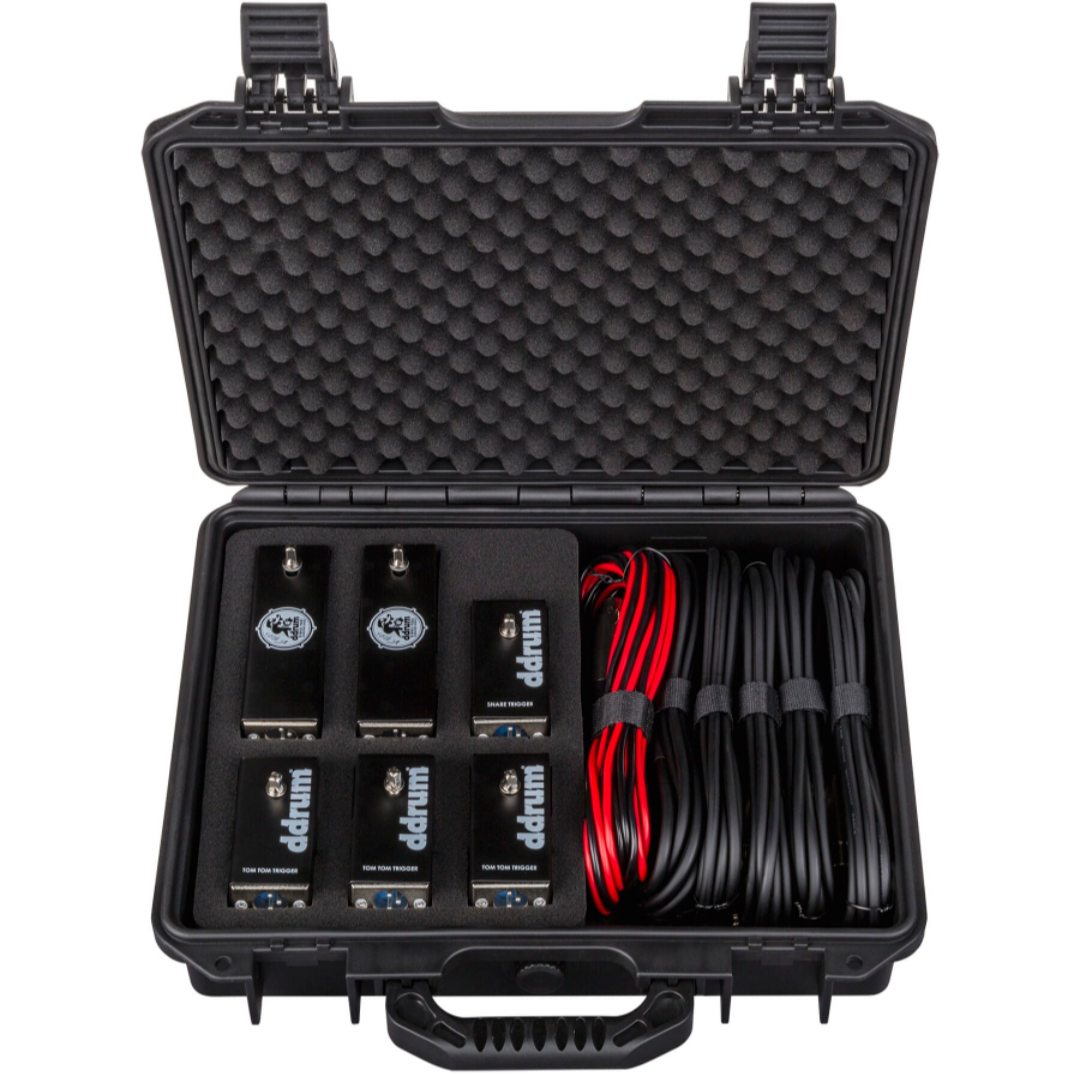 In a 2018 New York Times memorial article, heavy metal historian Ian Christe called Vinnie Paul a “rock-and-roller from the old school” who was “totally capable of hitting hard and rumbling thunder, and hitting every single drum at once.” Vinnie built his reputation as a legendary groove metal drummer who made a living pummeling audiences around the world on whatever stage he played with Pantera and subsequent bands Damageplan and Hellyeah. To make his live sound even more thunderous against a wall of heavy guitars and basses, Vinnie regularly used triggers with his acoustic ddrum kits. 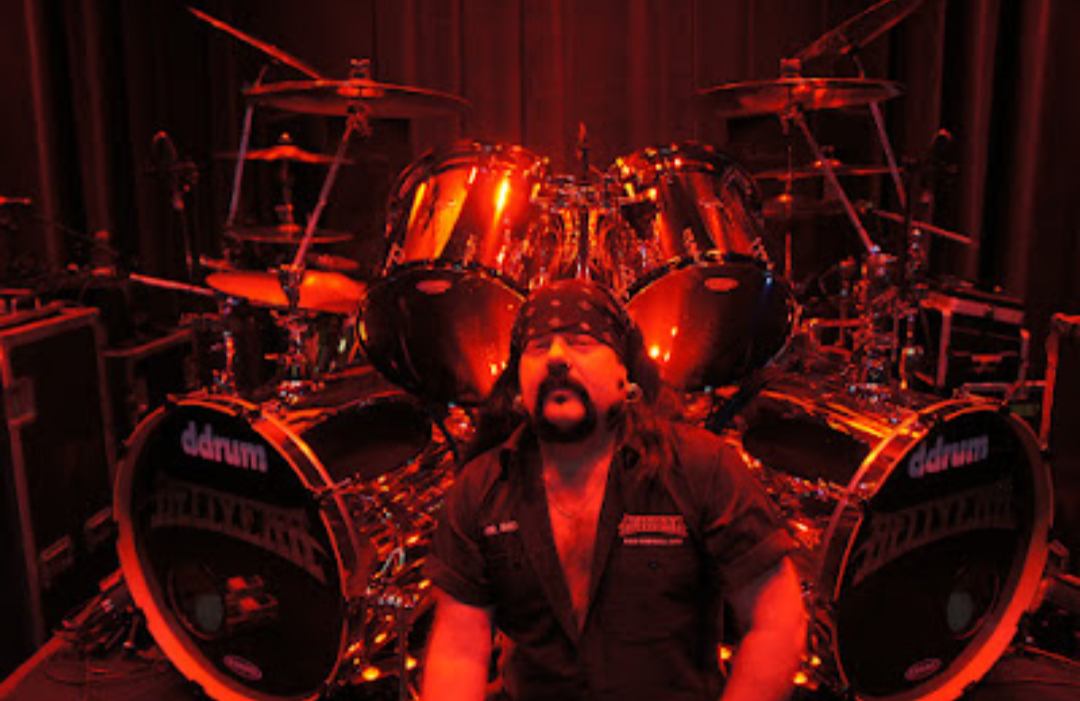 It’s an honor for ddrum to carry on Vinnie’s legacy with the Vinnie Paul 6-piece Trigger Tour Pack with Cables, featuring the exact number of triggers on his kit. That includes an extra bass drum trigger, making this tour pack ideal for drummers using double bass drum sets. The six triggers are based off of Vinnie’s longtime favorite ddrum Chrome Elite Trigger Set which feature the improved transducers for increased sensitivity and parameter adjustments. This feature works particularly well for the dual-zone snare trigger that translates the head and rim hits separately. In addition to an updated wiring harness, the pack includes five 6999 cables (15-foot) for the tom and kick triggers and one Y cable for the snare trigger. Sturdy XLR inputs allow for secure connection to the trigger. 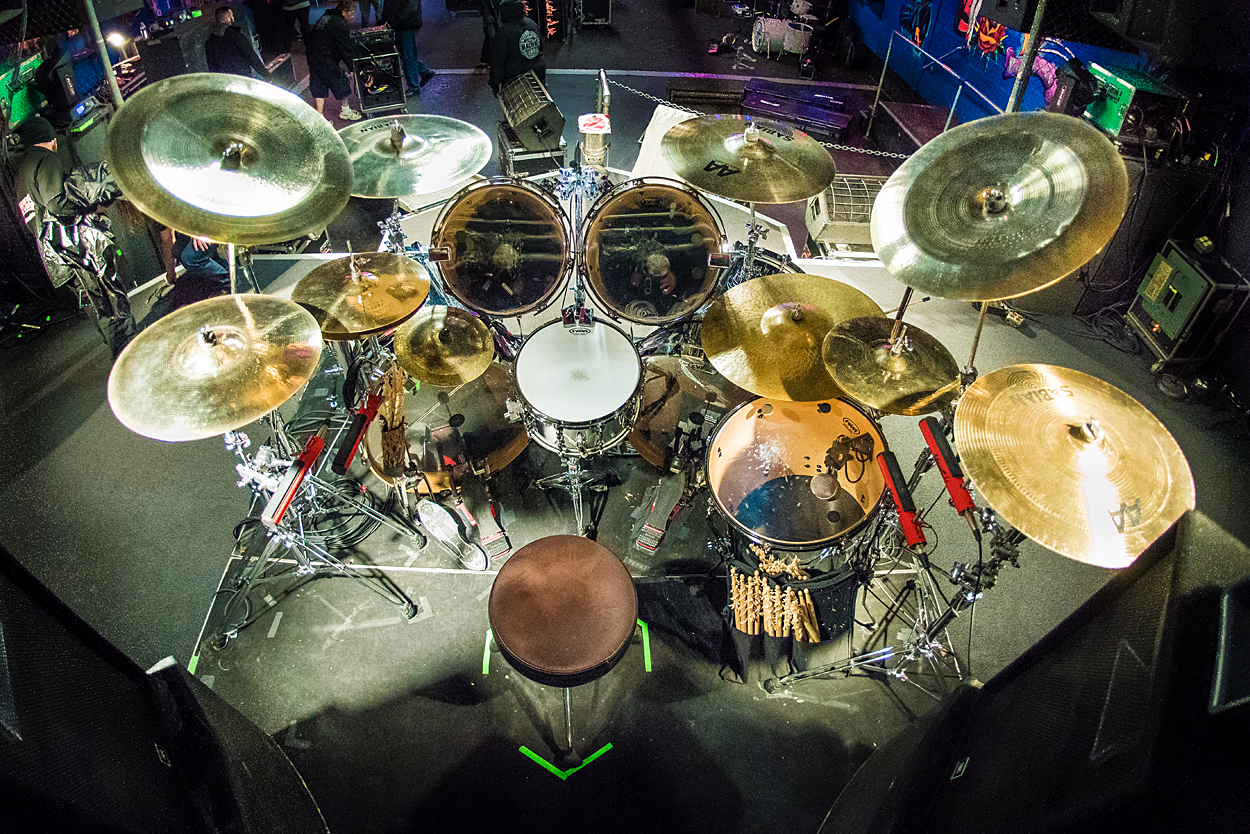 The rugged-built chassis of Vinnie Paul triggers makes them roadworthy, while a satin black finish adds a professional, sleek touch. As a tip of the cowboy hat, ddrum has added a white Vinnie Paul logo and signature graphic to each finished chassis. A hardshell, foam-lined case securely fits the triggers and cables, and snaps closed for secure transportation.

Vinnie Paul once told Modern Drummer, “I’ve learned over the years that nothing beats the sound of triggered drums mixed with real tones coming out of a PA system.” Now, players can replicate this sonic experience with professional-grade triggers from Vinnie’s chosen drum brand, ddrum, at an affordable price point of MSRP $699, $499 street for the set. The triggers are also sold separately. The Vinnie Paul Dual Snare Trigger and Bass Drum Trigger sell for $79.00 USD Street, while the Vinnie Paul Tom Tom Trigger sells for $59.00 USD Street. 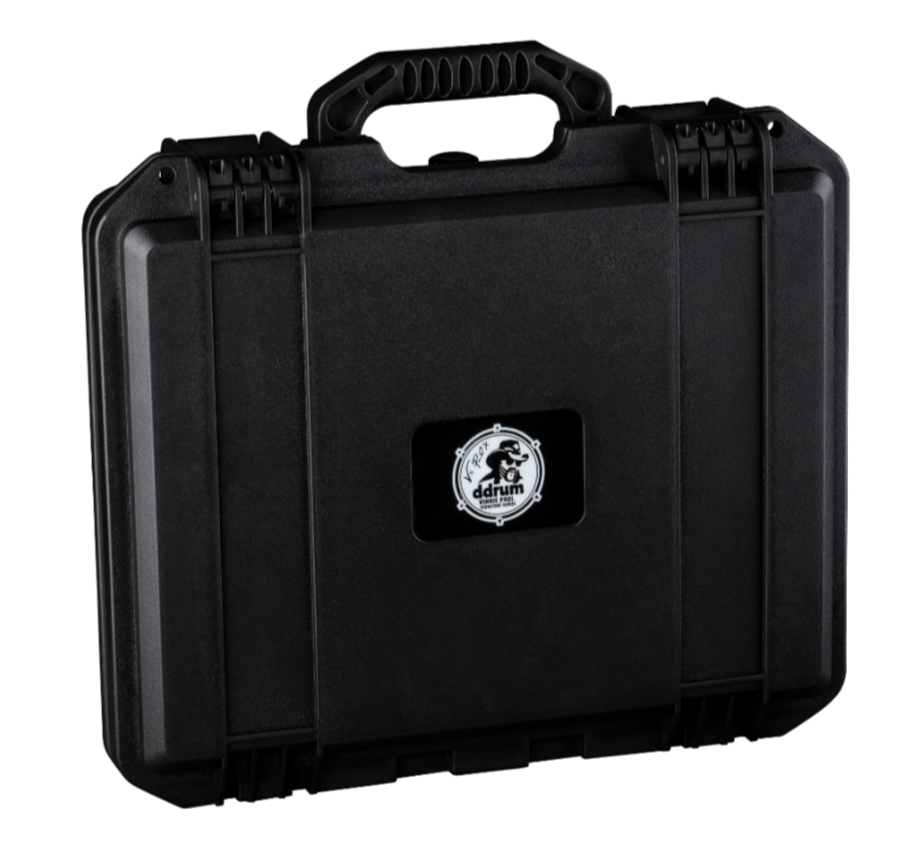 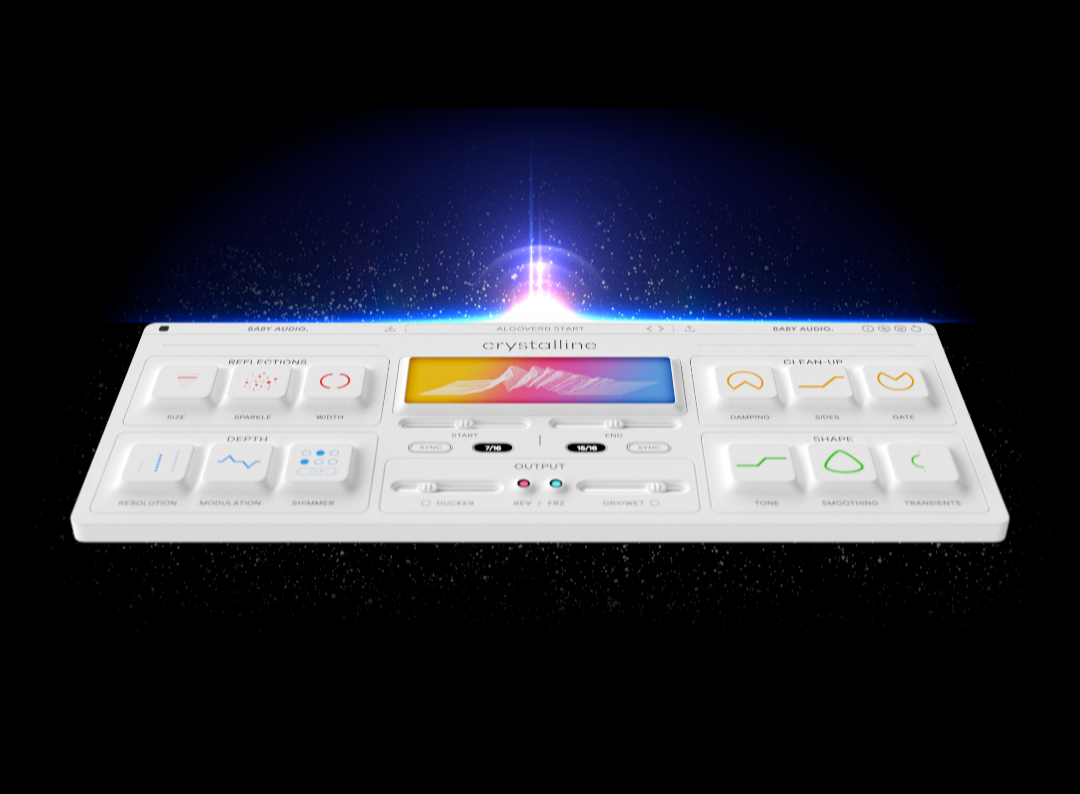 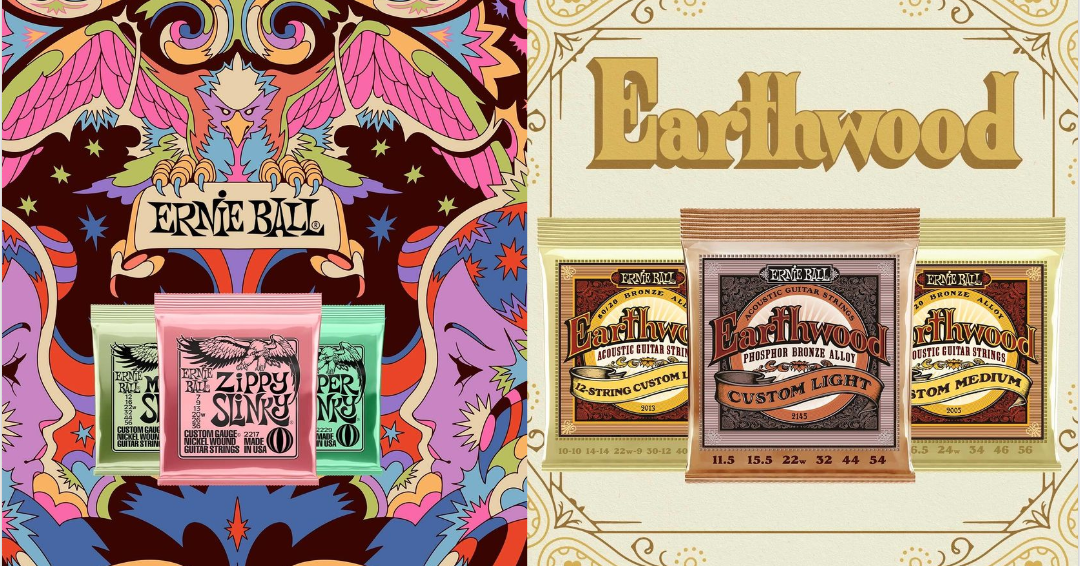