Crystalline from Baby Audio is a new, state-of-the-art, reverb plugin with a pristine and modern sound.

- Gives you unprecedented creative control to shape your reflections

A STUDIO REVERB FOR THE CURRENT ERA

A ‘perfect algorithmic reverb’ is often considered the holy grail of digital audio effects. In fact, the idea can be traced all the way back to research papers from the 1960s.

Throughout the 20th century, algorithmic reverbs evolved thanks to companies like EMT and Lexicon. But limited computing power at the time forced manufacturers to work within narrow constraints.

Fast forward, and we now have the resources to do things that couldn’t be done during the golden age of studio reverbs. Both in terms of sheer sound quality. But also in terms of adding creative features that weren’t possible in the hardware days.

Crystalline stands on the shoulders of 60 years of chasing ‘the holy grail of DSP’. We’ve asked ourselves what the pioneers of the legendary digital reverbs would have done if they had the resources we have today – and then we’ve made exactly that plugin. With all the bells and whistles a modern engineer would need.

Crystalline lets you hard-sync the reverb attack and decay time to your DAW’s tempo. This will generally result in cleaner mixes where the reflections are naturally in sync with the music.

Prefer the classic way? Just hit the “Sync/MS” switch and Crystalline lets you set pre-delay and decay times in milliseconds instead.

- “Size” lets you set the room size from tiny to large. This control is detached from the “Length” control, meaning you can get any size/length combination you want, including esoteric settings like huge spaces with very short tails or tiny spaces with very long tails.

- “Sparkle” emphasizes high frequencies inside the reverb algorithm. This generates reflections that are naturally brighter, which will help you achieve that extra shine on vocals or snares.

- “Width” lets you set the stereo image of the reverb from mono to wide – and even further to extra wide. 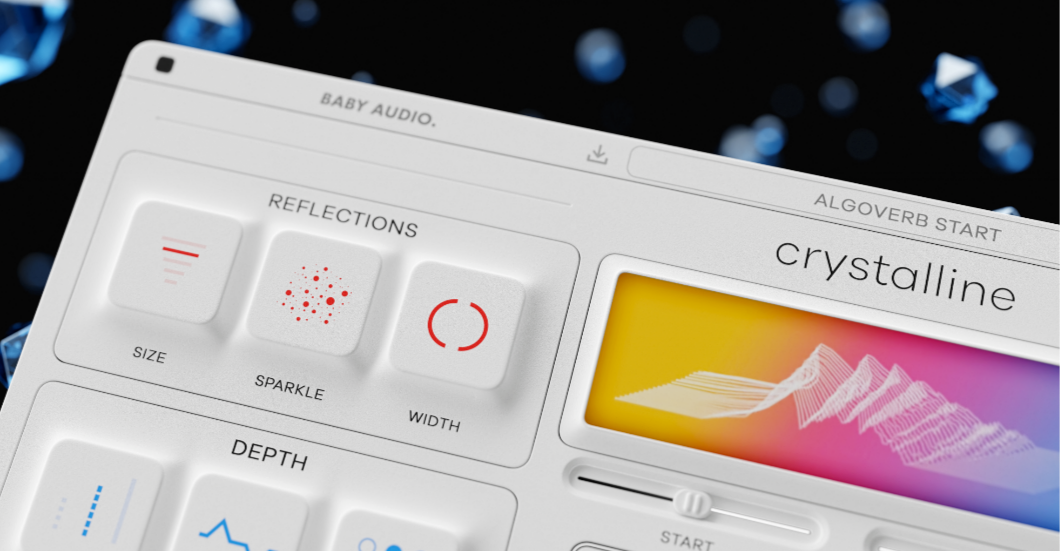 - “Resolution” sets the complexity of the algorithm from ‘basic’ to ‘pristine’. More complex settings will give you an ultra-clean reverb response, free of metallic artifacts – while the ‘Basic’ setting will give you an efficient CPU performance at a normal fidelity.

- “Modulation” creates pitch variations inside the reverb algorithm. This results in a richer sound that works especially well to fatten up synths, guitars and vocals.

- “Shimmer” makes the high frequencies of the reverb tail decay slower than the rest of the spectrum, giving the reflections an ‘angelic halo’ effect. You can set the frequency cutoff point as well as the multiplier effect, which controls how much longer it takes for the higher frequencies to decay. Please note that if Shimmer is active, the high frequencies will decay later than your specified reverb “End Time” (either at 2x, 4x or 6x the length).

- “Damping” is a dual filter control that lets you remove high and low frequency content from the reverb reflections. This control offers a fast way to get rid of clutter and muddiness in your mixes.

- “Sides” is a high-pass filter that removes stereo information from the low end of the reverb, while keeping the mono-information intact. This is especially helpful for creating wide vocal or lead instrument reflections without muddying-up your low end.

- “Tone” is a tilt EQ that lets you quickly shift the frequency balance of the reverb to brighter or darker.

- “Smoothing” gradually applies an EQ-curve custom-designed to address the frequency areas that tend to get resonant and sharp. It mellows out harshness and gives Crystalline a more subtle feel. This allows you to add a little more reverb without drenching your mix.

- “Transients” lets you shift the reverb algorithm’s emphasis to either the attack or sustain part of the incoming signal. Emphasizing the sustain more than the transients will make the reverb feel airy and light, while emphasizing the attack stage is a great way to get a splashy and dense sound. The Transients feature works especially well for controlling reflections on percussive material.

- “Ducker” lowers the reverb signal when the dry/incoming track is playing. This gives you a cleaner mix, where you can turn up the reverb more without compromising the dry track. “Ducker Gentle” mode offers a slow and natural ducker setting, while the standard ducker mode has a more pumpy feel.

- “Freeze” is another creative effect that takes a granular snapshot of the reverb when clicked and holds this snapshot continuously until the button is un-clicked again. It can be a powerful effect for creating interesting transitions in a mix.

- “Dry/Wet” sets the global mix balance between the dry/incoming signal and the reverb signal. Clicking the “Wet Lock” button lets you browse presets while keeping your preferred wet/dry balance - for easier comparison. 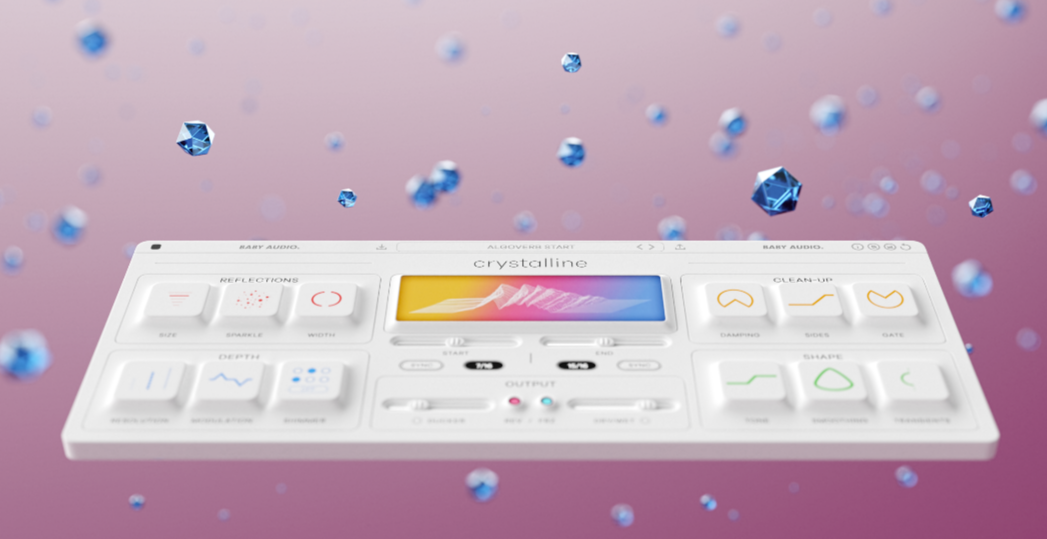 - “Color” lets you change between light and dark background colors.

- “Eco Mode” lets you run Crystalline in a low-CPU mode by setting the resolution to “Basic” and disabling the shimmer effect.

- “Save As Default” lets you save your own default preset that will appear when the plugin initializes or you hit the reset button. That way, you can save your preferred color+size settings.
“Reset” resets the plugin’s state to your default preset.

When we’re talking reverbs, there are two fundamental philosophies: One tries to mimic the sound of a real physical space – while the other seeks to create an artificial space from an algorithm, free from the constraints of the natural world. The idea of an algorithmic reverb was first conceived in the 1960s – and evolved over the following decades, redefining the sound of modern music with every new technology leap (and improved memory chip!).

Crystalline follows in the tradition of the classic algorithmic reverbs, but adds new features and higher fidelity thanks to modern computing power. It is meant to sound unreal – in the most positive sense of the word. Its rooms and halls won’t sound anything like those in your house – but closer to those of your dreams! 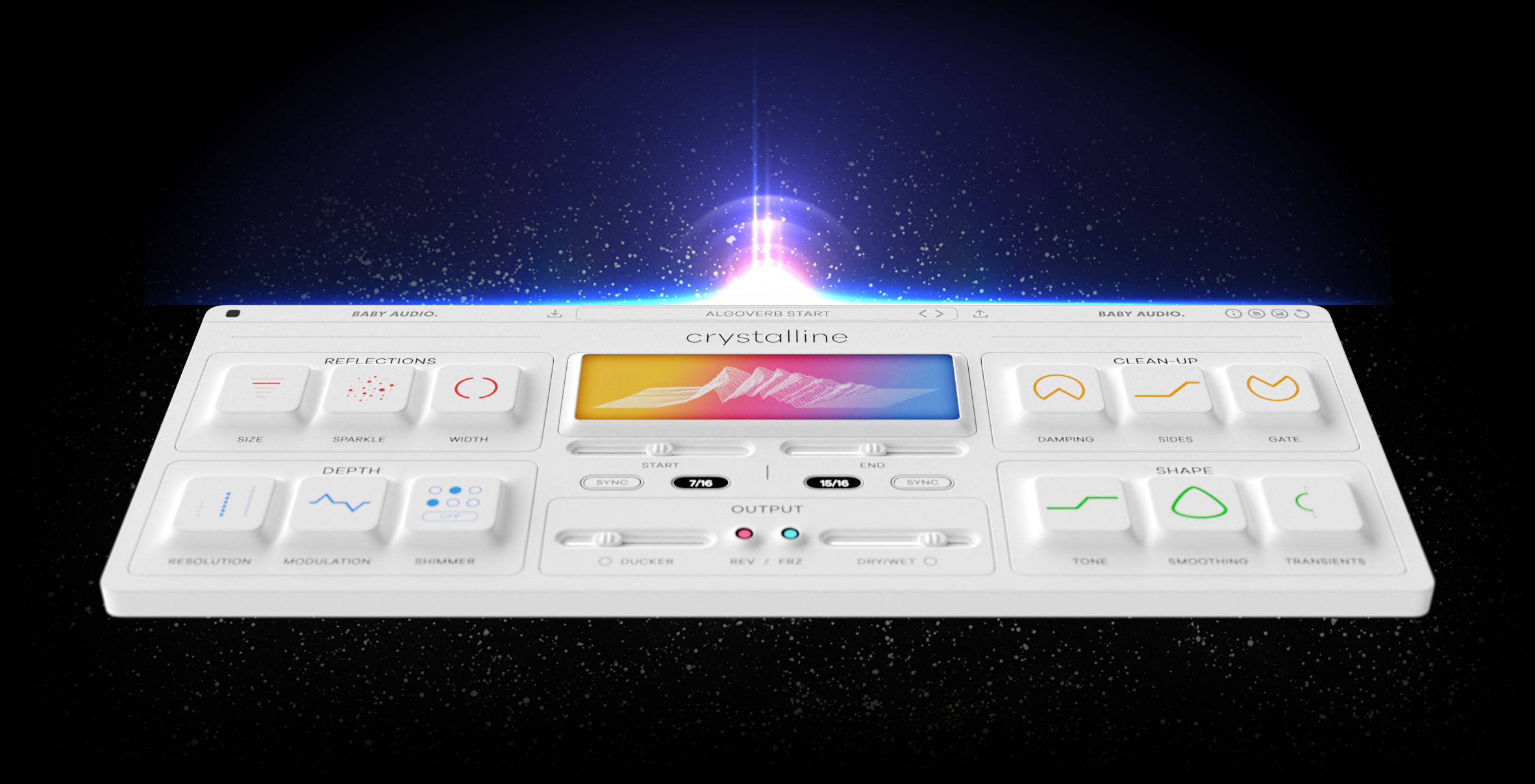 Crystalline comes loaded with more than 300 presets created by BABY Audio and friends of the house - including: 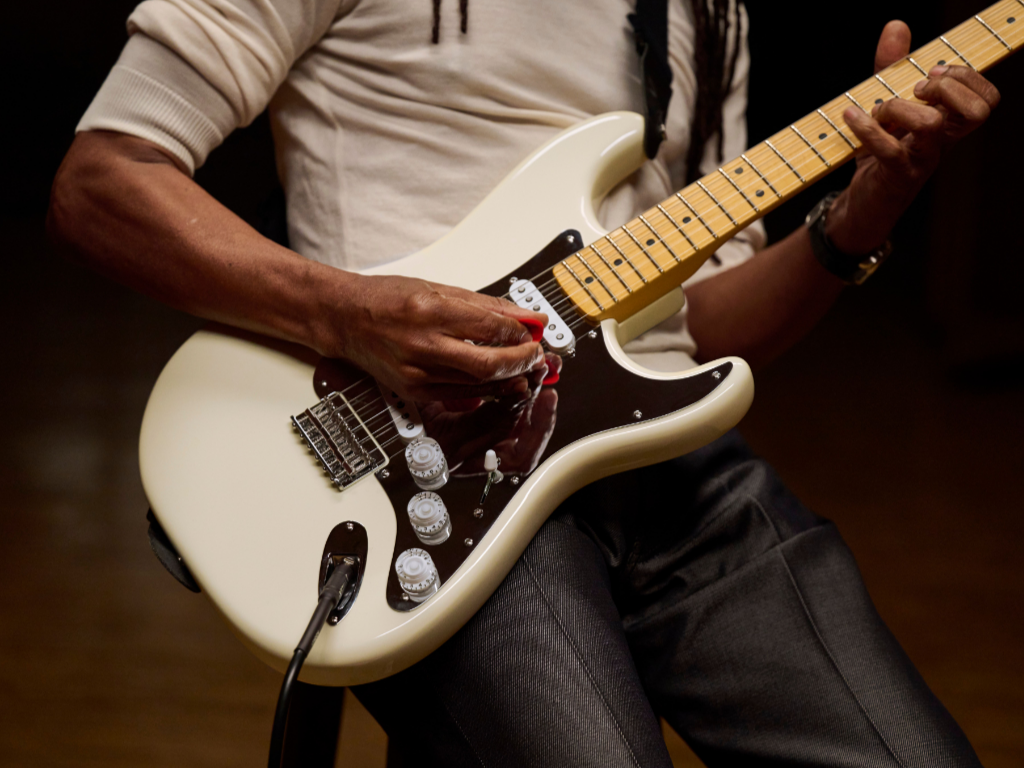 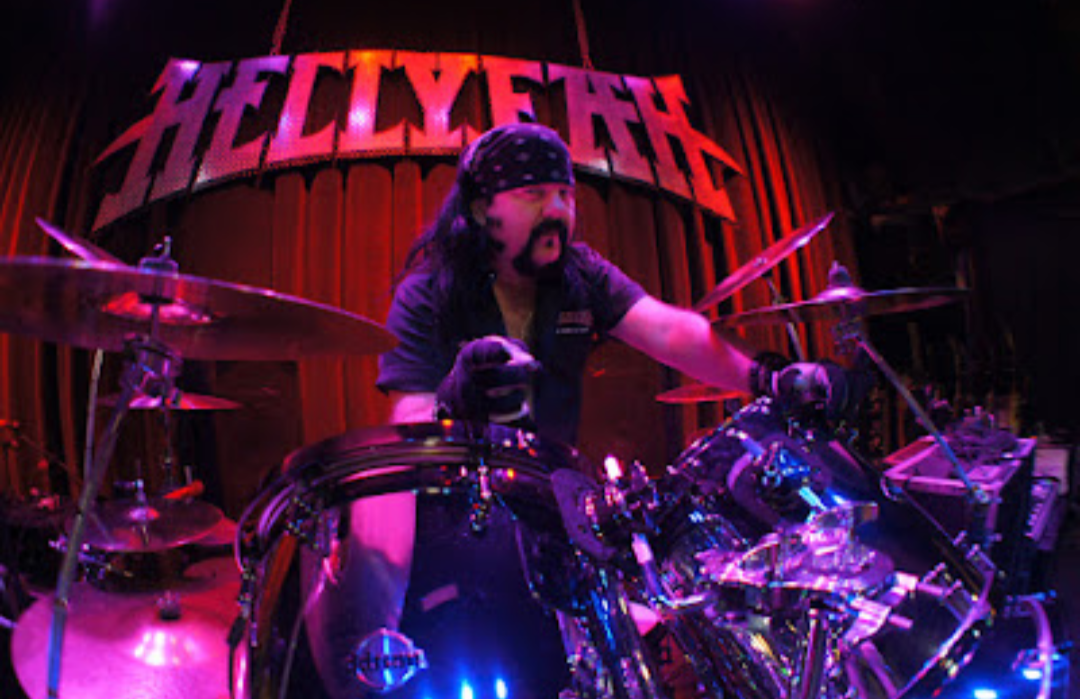