Maple Neck-Thru Construction, Unmatched Tone and Four Incredible Finishes Made for Those Who Live to Shred

HOLLYWOOD, Calif. - Jackson® marks a long-awaited homecoming with the launch of the American Series Soloist SL3, a high-performance American-made flagship electric guitar, crafted for speed and produced for the heaviest and fastest of players. For over forty years, Jackson’s reputation as the brand built to handle heavy music has been recognized and respected by artists around the globe. Its portfolio of guitars have been played on stages everywhere by the metal genre’s biggest titans: Randy Rhoads, Marty Friedman, Scott Ian and more. The launch of the American Series Soloist SL3 cements Jackson’s status as a pioneer in heavy metal innovation and the go-to instruments for the new generation of shredders who have honed their craft through tireless dedication and practice.

“I’ve been a metal fan since I could buy records; my first two were Black Night by Deep Purple and Paranoid by Black Sabbath,” said Andy Mooney, CEO, Fender Musical Instruments Corporation (FMIC). “I love metal as it’s home to so many virtuoso players, whose fans want to emulate them, the way I emulated Ritchie Blackmore. Jackson guitars are built to play fast and loud. We want to ensure this generation of heavy musicians have the tools they need to inspire the diverse audiences who love them. We’ve gone to great lengths to make the American Series Soloist SL3 the guitar that defines today’s ever-evolving metal sound. We believe it will appeal to the many touring guitarists who want a top-quality, USA-built Jackson at an accessible price. And we’ve made sure they are fast, fast, fast.”

The American Series Soloist SL3, proudly made from start to finish in Fender’s Corona, Calif. factory, is a breakthrough in high performance guitars and above all else, is designed for speed. Starting with the classic Speed Neck profile from beloved Jackson Soloists of decades past, the profile has been suped up to include masterfully rolled edges for maximum comfort. Complimenting this profile is a compound radius that starts at 12” at the nut and flattens to 16” at the 12th fret to promote screaming bends and intricate finger work as players move up the neck. Player focused features like Luminlay side dots to illuminate the fretboard on the darkest of stages and quick access truss rod adjustment to make easy neck relief adjustments ensure the Soloist is always optimized for speed and precision.

The iconic “Concorde” six-on-a-side headstock visually represents the precision of the instrument with its razor-sharp profile. The model is laden with quality features usually found only in custom domestic builds or import models including a Floyd Rose 1500® and neck through construction. With four eye-catching finishes — Riviera Blue, Platinum Pearl, Black Gloss and Slime Green Satin — there’s no mistaking it for any other guitar. 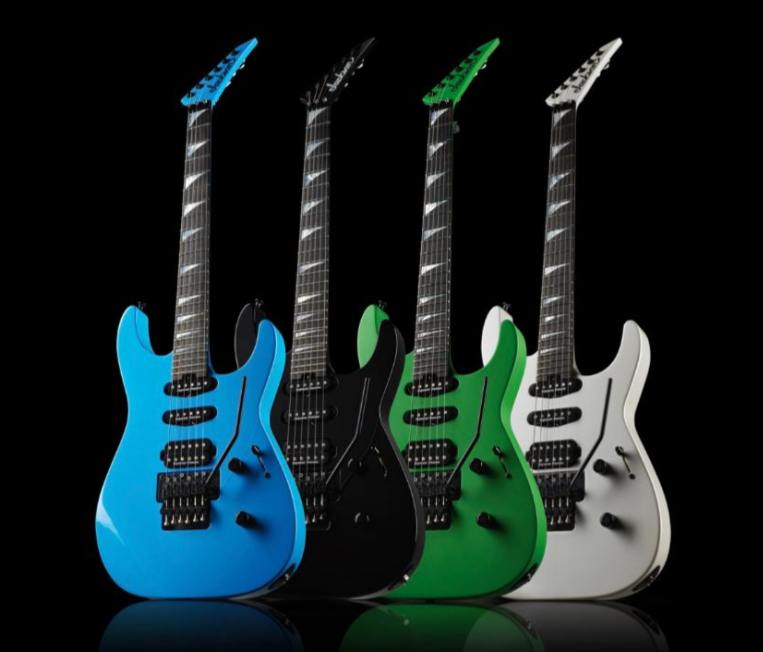 “Jackson has a DNA that is unmatched in the heavy music space,” said Justin Norvell, EVP of Product, Fender Musical Instruments Corporation. “Bringing Jackson's craftsmanship back to its Southern California roots has been a labor of love for all of us. The enduring passion for metal enables us to do so. Building this guitar in the Corona factory opened up incredible new design possibilities: the neck is unmatched, each pickup absolutely screams, and there isn’t a single detail about this guitar that wouldn’t make any shredder proud.”

The launch of the American Series Soloist SL3 represents the next phase in FMIC’s long term investment strategy in its portfolio of wholly owned and licensed brands, which includes Jackson. With heightened resources in trade advertising, social media and elevated artist marketing, Jackson has built a campaign to reflect the significant milestone that the American Series Soloist SL3 represents: a guitar tailor made for the new generation of diverse heavy metal players.

To help tell the story of how the new American made guitar honors the powerful traditions of the heavy metal genre, Jackson assembled a roster of shredding superstars who illustrate the best of the industry’s leading talent. Legends like Scott Ian of Anthrax and Misha Mansoor of Periphery join the ranks of modern metal titans, including: Lee Malia of Bring Me the Horizon, Kevin Skaff of A Day to Remember, Brandon Ellis of The Black Dhalia Murder and Mark Heylmun of Suicide Silence. Rounding out the roster are Japanese guitar master, Yas Nomura, educator and social media influencer, Alyssa Day and guitarist, producer and songwriter, Vixen.

“My first experience with Jackson was at Sam Ash, in New York City, in 1982; I was immediately hypnotized by the sheer awesomeness of the guitars and have been playing them ever since,” says Scott Ian, guitarist and co-founder of thrash metal band, Anthrax. “Jackson guitars are the perfect tool for the job I do and the American Series Soloist SL3 has me playing better than ever. The neck is lightning fast, the guitar crunches like a beast, and the design is killer. I’ll be adding the Soloist to my touring arsenal.”

To support the launch of the American Series Soloist SL3, Jackson is kicking off the campaign with new serialized content that will hit Jackson’s YouTube and social channels over the next few months. Today, the metal music genre is more popular than ever and its influence expands to all corners of the globe.

Scott Ian, Misha Mansoor and Alyssa Day star alongside Jackson Master Builders Mike Shannon, Louis Salgado, and Adam Ehrig in a short documentary titled “Origins of Speed” that explores Jackson’s rich history, its dynamic range of high performance guitars and its place in the future of metal music. You can view “Origins of Speed” HERE:

“The Soloist” highlights Lee Malia, Kevin Skaff, Brandon Ellis, Mark Heylmun and Vixen’s individual musical styles and journeys. Each artist will demonstrate what American Series Soloist TM SL3 is capable of when in the hands of a rhythmic virtuoso who isn’t afraid of speed.

For technical specs, additional information on new Jackson products and to find a retail partner near you, visit www.jacksonguitars.com. Join the conversation on social media by following @JacksonGuitars on Twitter and @OfficalJacksonGuitars on Instagram. 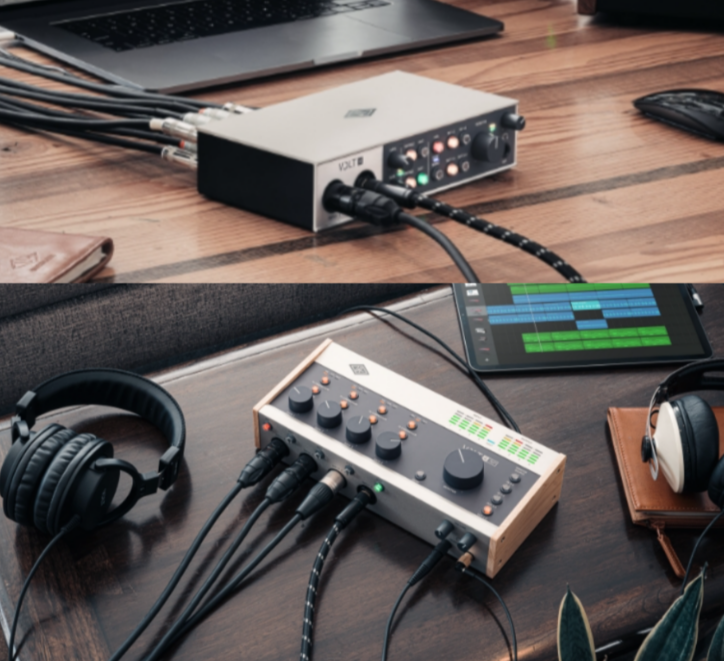 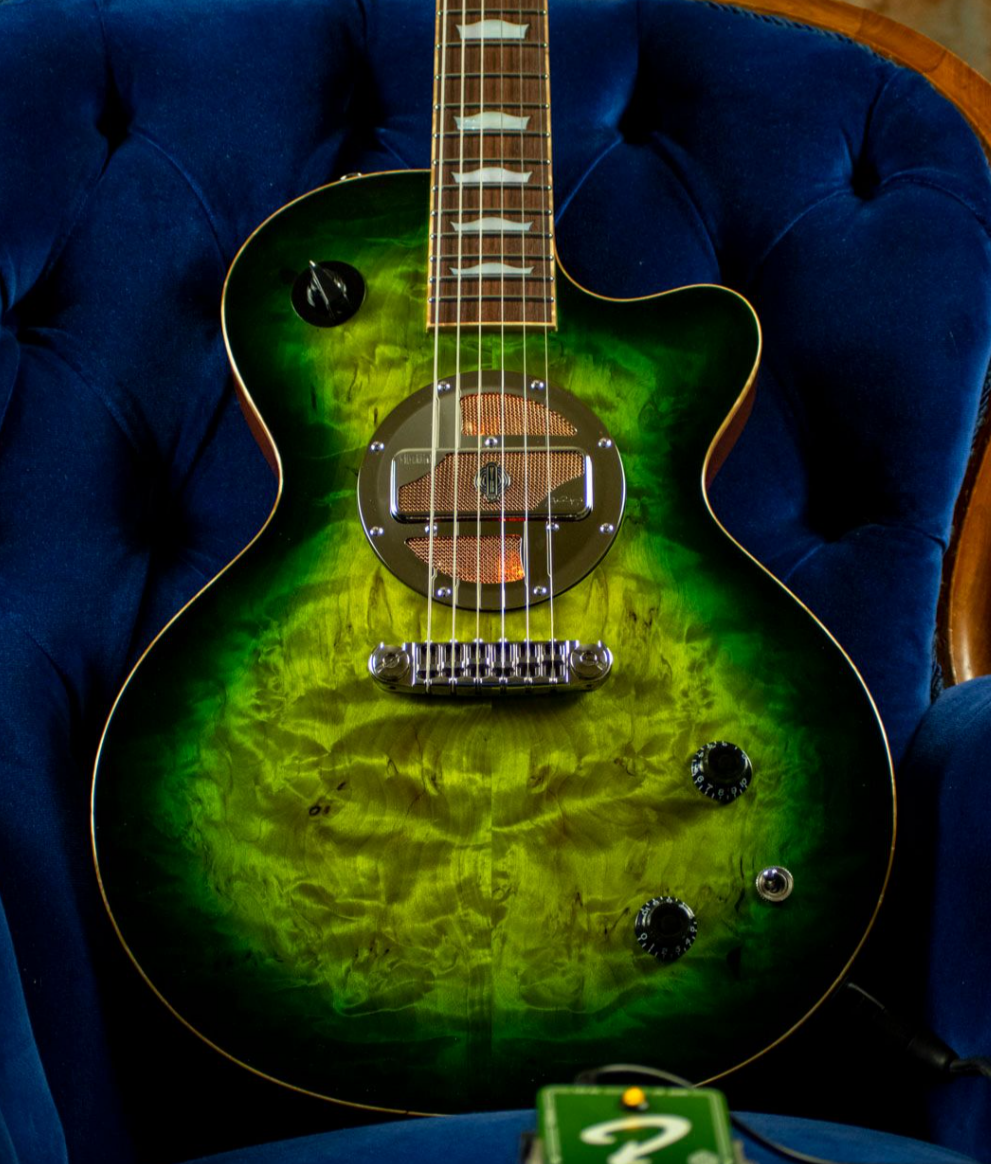