Competition among piano soft-synth manufacturers has become pretty stiff lately, even among multiple virtual pianos from the same company!

We previously reviewed Galaxy II Pianos 2.0 a few years ago, and more recently, in 2010, we reviewed the incredible-sounding Galaxy Vintage D Piano. Now, the Galaxy II pianos from 2008 have been updated to work within the Kontakt Player 4. Utilizing the same Kontact 4 interface as Vintage D, the three sampled pianos (Galaxy Steinway, Vienna Grand Imperial, 1929 German Baby Grand) have been updated with new samples (for a total of 30 GB!), more control options, and better performance.

While piano sounds are largely a matter of personal taste, Galaxy II K4 is a solid contender with great sound. We still cast our ballot for the Vintage D as our personal studio favorite, but Galaxy II K4 is a very close second, and with more sonic options that may offer more of the sound you’re looking for. Just like picking a high-end acoustic guitar, choosing a piano tone is ultimately a matter of personal taste, and we’re confident that the pianos in this updated collection will be right at home in a huge range of musical situations.

Galaxy II K4 is the second product in the Best Service/Galaxy Pianos product line equipped with the new Kontakt 4 engine, and it includes VST, AU, and RTAS plug-ins, plus a standalone application.

As mentioned in our previous review, despite this being a sampled piano virtual instrument, the pad feature allows you to layer a number of different kinds of pads with the piano including some modern, swirling, atmospheric sounds. The warp feature takes this one step further, with the end product not so piano-like (if desired). This certainly adds to the program’s usefulness and flexibility.

Installation is possible via one of two methods. One can buy the boxed product, which installs all the files (but still requires using the “add library” command in the Kontakt 4 Player to find and use them), or you can download the various piano samples and separately download the Kontact 4 player (which is included in the boxed product). Once everything is downloaded (the method we used), the program invokes the “Service Center” which is your NI portal to registration. Finally, once Kontakt 4 is running, you simply load the Galaxy II library, and off you go!

A quick word of caution: Our system had Best Service’s new Vintage D and also the original 2008 Galaxy II samples on it (which are recognized and played by Kontakt 4 Player, though designed originally for Kontakt Player 2). Make sure K4 is looking in the right place for your samples! We had to manually select the new folder containing Galaxy II K4 piano samples. At first, the updated player was using the old samples (don’t ask how long it took to figure that one out)! But this was a quick fix once we noticed it.

Also keep in mind the three pianos are comprised of a lot of samples. Each piano is downloaded (if you didn’t buy the boxed version) in nine or so .rar archives, which have to be “glued” together first before installation. Best Service gives a free link to RarX, a program that quickly puts it all together.

The new Kontakt 4 Player was a pleasure to use. The libraries available on our computer showed up on the left, and then, once selected, the corresponding graphical interface appeared on the right.

There are a number of pre-made setups that are quite useful even without any tweaking. Of course, everything is editable. From traditional concert grands to jazz pianos, to layered piano sounds, there’s something for most users to get started,

Kontakt 4 also includes setting for routing, tuning, metronome, inserts, and effects. The implementation of the player’s features, even with older sample libraries, is notably improved from the Kontakt 2 player.

Another nice function is that right-clicking brings up MIDI learn mode, so any knob/button shown on the graphical interface can be assigned to your controller. While certainly not a first for computer-based instruments, it is a well-implemented function. We did like that despite this being a piano product there were elements to the sound engine that were almost synth-like in the user control and experience. Purists may feel that this level of control isn’t necessary, but we feel that this gives another element of sound sculpting that will likely appeal to many users.

Using a dual quad-core 2.8 GHz Apple Mac Pro with 4 GB memory, we had flawless sonic performance, with absolutely no pops or sound drops.

One small thing we couldn’t explain: Galaxy II K4 can work as a plug-in as well as standalone. It initially worked great in both environments, but once we updated K4 from version 4.05 to 4.13, K4 (standalone) no longer recognized our Avid/Digidesign 003 interface. The Digi 003 did not even show up as a choice for audio interfaces! It still worked fine from within the Pro Tools 8 LE environment as a plug-in, but once we updated, we couldn’t get the standalone application to output sound to our interface (though interestingly, it still appeared to receive MIDI data through the Digi 003).

Tip: The kind folks at Best Service informed us that this glitch could be fixed by switching Kontakt 4 to 32-bit mode. This can be accomplished by clicking on the Kontakt program icon, going to the Apple menu “get info” command, and then selecting “open in 32-bit mode”. Then, run the program. It worked fine! Our Digi 003 interface was now recognized in standalone mode without any problems.

It was convenient to have the standalone mode, as we could quickly get things up and running to play without needing to load our DAW environment. To that end, this would be a great plug-in to run on, for example, a Muse Receptor, and we hope to see that option become available at some point in time.

The sound quality is excellent. Each piano breathes and has its own character, which is as about as close to the real thing as you can ask for. Rich bass, clear but not thin highs… that sonic goodness you want from your piano is all in there. And, with the new Kontakt 4 engine and interface, changing overtones, string noises, and even drawing velocity curves has become very quick and accessible.

Further, the presets are well done. “Concert grand” is a rich piano with a lot of ambiances, while the “Jazz piano” has smoother, duller tones. “Vintage Pop” is reminiscent of the Yamaha CP series, and “Brilliant” had a tone that would cut well through a mix, and had a Journey-esque character to it. There was even a “Piano Bass” selection that did a pretty good rendition of the rare Rhodes piano bass.

There are also some nice pads included, which can be added (or subtracted) to any sound. We liked the “Ghost Chimes,” “Angels,” and “A Devil in Heaven” presets, which delivered some surprising cinematic textures right out of the box. Finding any of these textures in an acoustic piano product truly was a pleasant surprise.

The warp function is fun, though purists may never even use this function. The warp machine includes the pad selector, degrader (roughness, sharpness, hacker, detuning), spiritualizer (madness, filter morph, resonance, cutoff), alterizer (mutator, which adds various swirling effects), and time traveler (feedback, send, pan, time) selectors. The bottom line is that this selection allows synth-like parameters to be altered over your piano sound. Again, not critical to a piano plug-in, but very pleasantly welcomed!

Of course, all the expected parameters (i.e., lid open, pedal noises) are implemented well and in convincing fashion. You have three lid choices shown graphically: open, closed, and partially open. Selecting the “Pedal Noise” button added realism by adding the extra “thud” and harmonics of the sustain pedal being pressed. With a good foot pedal, it really can feel and sound like the real thing (i.e., hammers being lifted off the strings for sustain). You can also adjust the volume of this effect to suit your liking.

Overtones, hammer noises, and string noises all are controlled in a similar fashion: click the button to activate the feature, then use the slider to adjust how prominent the effect is. A nice touch is the velocity editor, which includes not only presets but a graphical editor to draw your own velocity curve.

There are seventeen (!) tuning choices, including stretch, Bach, Pythagorean, and Ramaeau, to name a few. There is also a voice management selector, which may help those with lesser CPUs to conserve processing power. Of course, selecting 150 voices enables you to play complex chord shapes with ease. As mentioned earlier, popping or voice stealing was never experienced.

The boxed version includes a Quick Start document that covers installation as well as an overview of each function within the product. The downloaded samples come with .pdf files to help with installation. Truth be told, it isn’t that difficult to tweak a piano sound, so most things are pretty straightforward. However, we do wish there was a little more documentation and/or examples of using the warp functions. We did have fun just turning knobs and seeing what happens, though.

Upon further discussion with NI, we were informed that they purposely chose to feature more help instructions on their website via video tutorials. We checked some of them out, and they were useful for learning more about some of the functions that may be unclear to you in the manual. Perhaps future editions of the manual should have a note directing users to the website for additional information.

Galaxy II K4 sells as an upgrade from the original for $69 USD, or as a new product for $259. Given the sonic quality, editability, and ease of use, it’s a very good value. The combination of not one, but three acclaimed pianos in a highly editable, easy to use environment makes this a great product.

There are downloadable mp3s from the website to listen to the sound of these pianos. And while not truly downloadable, it is possible to try out the piano virtually via the website. 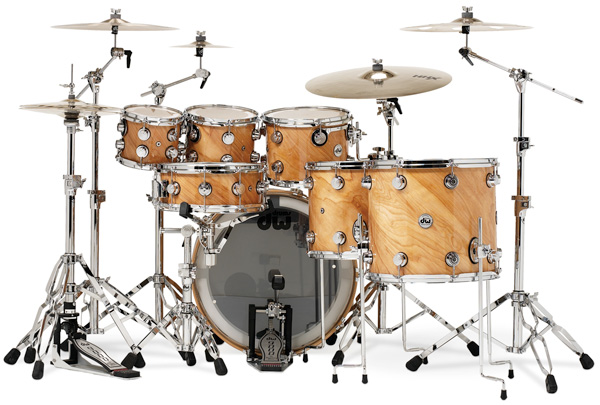