Dave Smith has a fine legacy of synthesizers behind him – the Prophet 5, 10, and VS, the Pro-1, and many industry innovations and credentials. The Mono Evolver Keyboard (MEK) harnesses his years of experience designing electronic instruments to create a truly modern yet deceptively classic monosynth that will be a “must have” synth for many musicians.

The raw power of the MEK is in its oscillators – a combination of classic SSM analog chips and digital oscillators based upon the Prophet VS wavetables. With an analog filter, built-in distortion and delay, an insane tunable feedback function, and a complex four-part sequencer, the Evolver is a monstrous sound design machine.

The Evolver engine has been around since 2002. The initial desktop model received a lot of positive attention as well as frequent requests for additional onboard controls. Following polyphonic keyboard and rack versions, the MEK fills out the family in a brilliant way and answers many calls for more direct control. And control it has in spades! There are dedicated knobs for almost every function.

Overall, the Mono Evolver Keyboard is a fantastic monosynth with a ton of features that are easy to access and quick to navigate. It has tons of character and AMAZING sound. In use it’s a quick study, but we’re confident that you will find yourself tweaking for hours thanks to the great sequencer and robust modulation routing.

The Evolver line of synthesizers all share the same voice structure at their core. The differences between models are in the number of voices and amount of panel controls. The MEK features one voice and close to 1:1 knob-to-function control. One thing to note before looking over the specifications of the MEK – while it has only one voice, the overall signal chain is set up as a dual mono configuration, with most components in the signal chain duplicated per left and right channel, and with the oscillators split one digital and one analog per channel.. For the deceptively titled “one voice” on the MEK you'll find:

Two digital oscillators based around the Prophet VS wavetables, as well as 32 user-loadable (via MIDI) wavetables. There is also FM and ring modulation!

The VCA section is fully analog, and there is one for each channel.

Sequencer:
If the voice structure isn't enough to keep you busy, there are also four sixteen-step sequencers that can be used in a host of different ways. You can use them to sequence individual pitches on each of the four oscillators; you can use one to sequence global pitch and the other three to modulate other parameters; or for real fun you can use all four to sequence modulations, creating rich and modulating textures. There's also another nifty function – true stereo audio inputs. These can either be fed through the audio path or they can be used to trigger an Envelope Follower and Peak Detect for use as modulation sources. External Input can also be used to gate envelopes and/or step the Sequencer. Not to be ignored – there is a Noise source, a dedicated distortion knob to really push sounds over the edge, and a wacky little feature called “output hack” which, to quote the manual directly, “trashes the output signal, quite rudely.”

This is where the MEK outshines the previous tabletop version of the Evolver on many fronts. With knobs for almost every function, it’s truly a quick study to create new sounds or tweak presets on the fly.

As a monosynth, its interface is truly hands on for direct tweaking while playing. The signal path is laid out logically on the top panel, allowing a quick and familiar overview of all features at a glance.

The Mono Evolver has a very smooth playing, synth-action, three octave keyboard with aftertouch and velocity sensitivity. Aftertouch can be used as a modulation source, which makes for some great performance setups!

As a sound design tool – which we geeked out on for a good long time – the MEK’s transparency is misleading. What starts out as a simple sawtooth patch turns into a rumbling ambient drone in only a few movements. Even taking relatively vanilla presets that “one extra step” with the tunable feedback and delay lines is enough to create a shrill wailing wall of atonal chaos (in a VERY good way).

The sequencers are addictive once you start to work with them. Between regular pitch sequencing and modulation sequencing, the depth of control over sounds with the sequencer is immense: routing each sequencer to various parameters (ie. delay times, filter cutoff, oscillator tune (in small increments)) can build slow evolving timbres hard to imagine on older monosynths.

The only real usability issue we found was the lack of a dedicated alpha knob for preset selection and general menu functions, instead using the two Parameter knobs. These are just like the rest of the knobs on the board in that they are continuous and not detented. As such, it’s far too easy to scroll too quickly. This is partially compensated for by Up/Down buttons, but a dedicated detented knob would have been useful.

The Evolver family synthesizers all act like chameleons with the voice structure easily configurable among different combinations of analog and digital oscillators, and the range of sounds is immense, running the gamut from big and harsh to soft and smooth.

With the analog oscillators and filter – you have similar chips as used in the Sequential Circuits Pro-1 and Prophet 5 – and with the digital oscillators using the wavetable setup from the Prophet VS, you have a great basis for a whole family of “vintage” sounds blessed with a touch of modern character.

The presets within the MEK show off all of the facets of this great-sounding monosynth in a quick tour.

Exploring all four banks of 128 patches, they are organized in a logical way to help you understand everything the MEK is capable of: leads, basses, one-finger pads, sequences, and external input presets. We found the MEK really inviting for programming from scratch. The raw sound of each oscillator is powerful and highly malleable – going through and applying various filter settings and onboard distortion funnels the sound in multiple ways.

We loved the preset lead sounds – some digging deep into classic Pro-1 territory with searing sync leads and brittle portamento solos. Softer leads using only the analog oscillators were truly indebted to the classics, but moving on to the mixed analog/digital leads showcased some truly haunting bell-like tones and fluctuating digital shimmers.

The longer pad sounds (check out “Wait a While” and “Glass Under Foot”) showcase the creative use of LFOs and the sequencer as a modulation source – and more importantly evoked soundtrack scores in our minds. “One-finger pads” would certainly be a good word to describe these presets!

The one grouping that we didn’t really expect to be the highlight of the MEK blew our drawers off – basslines seem to OOZE out of the MEK. [Editor’s Note: We really hate it when Michael runs around the studio in his boxers.] There are some seriously ground shattering bottom-feeders programmed into the presets, and we had to check our speakers to see if anything was blown after an hour of dropping some seriously deep and menacing sub-bass and rolling punchy 16th note sequences. The envelopes responded brilliantly to give that great sharp attack and deep welling sustain to really pop and drive.

Another highlight was the sequence presets – with one that even recreated the drums, bass line and lead from “Sweet Dreams (Are Made of This)” by the Eurythmics! There were many tremendously deep sequence patches that showed off the true power of the four sequencers and the independence of each voice in the architecture of the MEK. Programming sequences alone can be a several hour excursion with tons of opportunity for some truly decadent adventures.

The user manual is a well laid out and concise guide to the Evolver, highlighting the features and describing typical usage. The Evolver also has a robust online community, and direct contact with Dave Smith is as simple as a phone call. We’ve had no issues with our MEK, but if we did, we’re certain Dave and DSI would be easy to deal with.

The MEK ($1,329 MSRP) retails for $1,200, which some may feel is pricey for a one voice synthesizer. But compared to both vintage and new model monosynths, we feel that it is priced very competitively.

If you need polyphony then obviously the MEK isn’t something you should look at. The Poly Evolver Keyboard (PEK), a four-voice, larger keyboard version of the MEK, will cost you $2,400 street, quenching your polyphonic thirst and doing it quite beautifully at that. But, a lot of people like the smaller form factor of the classic three-octave monosynth, as well as the limitations that voice structure places on the programmer. For those people, the MEK is ideal. For future voice expansion, the PEK rack sells for $1,350 street, and can give you up to five voices running in poly chain mode with the MEK. 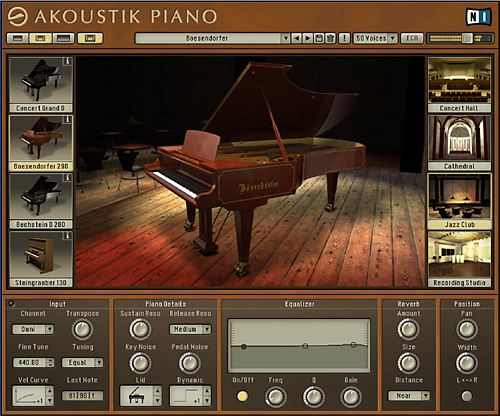 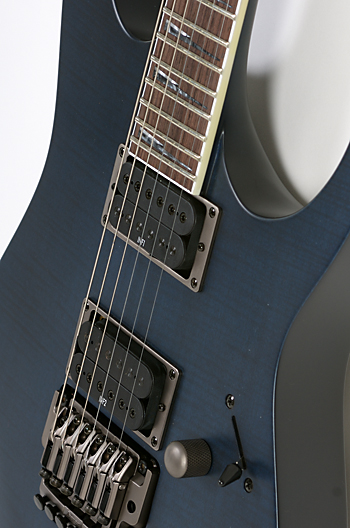