The viper snake has long fangs used to inject its prey with lethal venom. Equally dangerous, the Fuchs Viper deals a deadly dose of heavy tone that can slay everyone from metal heads to boutique tone connoisseurs. Bite for bite, this is one viper that packs a real digestive punch.

Fuchs Audio Technology is well known for their boutique amplifiers, especially when it comes to the realm of clean, blues, and rock tones (just check out our review of the Fuchs Trippledrive Supreme if you’re one of those players). But searing high gain for modern metal hasn’t been on the list of Fuchs tonal achievements… until now. With this latest two-channel amp from master builder Andy Fuchs, the Viper can be as clean and tame as a newborn baby, or it can unsheathe those fangs and shred everything in its path with a heavy tone that starts where the TDS amps leave off and gets even heavier.

It’s not often that a boutique amp can deliver on all fronts — great sound combined with a strong feature set and ease of use, and not being overpriced compared to comparable gear. But the Viper-50 did all that and more, making it the first boutique amp we’ve reviewed to earn and receive a WIHO Award.

We actually had the honor of checking out the Fuchs Viper-100 prior to reviewing the Viper-50. But without access to an arena stage at the time, the Viper-100 (100 watts) just had too much power to allow us to open her up and see what she could do in our modestly sized studio — Fuchs amps have more headroom than you can imagine! Andy was gracious enough to then provide us with the 50-Watt version, the Viper-50 — still a blazing beast of power, but easier to tame.

The very first amazing experience we had with the Viper-50 had absolutely nothing to do with tone or sound. Instead, we were taken back by how light this heavyweight head actually was. It’s documented to be 40 lbs., but tipped our scale at a mere 37 lbs. This is roughly half the weight of some comparable heads we play through!

From a simplistic standpoint, the Fuchs Viper-50 is a single foot-switchable, two-channel amplifier containing only a few features to play with, leaving you more time to actually play your instrument.

On the rear control panel you’ll find a detachable AC power connection, AC on/Off and Standby toggle switches, speaker cabinet output jacks for 16, 8, or 4 ohms, Loop On/Bypass toggle switch, +4 /-20db toggle switch for the loop’s level depending on your effects configuration needs, Return and Send effects loop jacks, and a footswitch jack for channel switching. The High control knob in Channel 1 serves as a dual function pull knob for manually switching from Channel 1 to Channel 2 if you don’t have the foot-switch connected.

The Viper-50 is loaded with six 12AX7 preamp tubes and two EL-34 power tubes delivering fifty watts of power to a 4, 8 or 16-ohm speaker output jack. Though this amp has plenty of power to push multiple cabs, there is only one connection per ohm rating.

Each channel has its own dedicated pair of preamp tubes (other tubes are for the loop and driver) – an excellent feature allowing the most tube-obsessed among you to select a custom tube choice per channel so that each channel can really have its own individual characteristics.

There’s no built-in reverb, but with gear like this, odds are that if you want reverb, it’s probably in your rack effects or a favorite pedal.

We found the Fuchs Viper-50 extremely easy to use and navigate from both a features perspective and control layout. We always complain about having the On/Off and Standby toggle switches located on the rear of amps, but not enough that it should impact the overall usability of this amp. Of course once you play this amp, you may wish that it had a third channel for additional flexibility – after all more is more, but that would of course impact its price.

Dialing in sound was a breeze on Channel 1. We found the dual function, push/pull High tone control knob very useful for channel switching during the review process, though once you’ve got your sounds, you’ll want to use the optional footswitch (or your own switching system) so that you don’t accidentally mess with your High tone control.

You’ll want to ease into turning up the Master control knob – it doesn’t take much at all to go from manageable volume to stadium levels. There is plenty of headroom to play with, even in the 50-watt version of the Viper.

Channel 2 provides the same layout and control features but adds a Presence and Thrust control knob enabling you to control and tailor your desired low end thrust for heavy chugs and overall tonal effect of the amp (more about these in the Sound section).

The rear of the Viper’s head is very accessible, allowing easy access for any maintenance needs. In fact, you couldn’t design a more service-friendly amp layout. We watched Andy swap the entire guts of this amp with the 100-Watt version in less than one minute’s time! The ample open space in the rear allows for great air circulation and cooling – keeping the Viper in top shape.

As our experience goes with all Fuchs products, the Viper-50 has that tonal “thing,” the “it” as some would say. From a crystal sparkling clean to an creamy bluesy overdrive to over the top high-gain grind and dig, the Fuchs Viper can please just about everyone from the purist seeking a clean, clear tone to the metal enthusiast who craves everything heavy. Of course it covers all that gray area, in-between tone equally as well.

Very important to us in an amp is the absence of transient sound – unwanted hum, buzz, static, etc. The Fuchs Viper is an extremely clean and quiet amp from that perspective. At all volume levels, the amp consistently pleased us with its pure sound qualities.

We played the Viper through a couple of different cabinets including a Marshall 1960 4x12 and a Mesa/Boogie Rectifier 2x12 cabinet. The Viper sounded equally amazing through either cabinet – although the Boogie Rectifier cabinet really complimented the heavy, high-gain characteristics of the amp. Marshall cabinets tend to deliver that low-end thrust no matter what you do, but having the Thrust control on the Viper gave us the ability to really define the low-end of the tonal spectrum.

We found the Fuchs Viper to have a certain scooped tone about it, noticeable somewhere in the mids particularly, and we wanted to hear its reaction to different guitar/pick-up configurations. Our Music Man JP6 gave us everything you would expect from a DiMarzio humbucker-equipped guitar. The amp delivered excellent cleans, creamy blues and a heavy tone useful in many styles of modern rock, metal and prog.

To change gears, we plugged in a Fender Stratocaster with their Vintage Noiseless single-coil pickups for comparison. The jangle of the clean tones was everything you expect from a strat, and the slight gain settings sang out with a rich, mellow tone suitable for the blues enthusiast. But from a heavy standpoint, well, the Strat just isn’t meant for heavy unless it’s ‘rodded out with something other than single coils or has a gain boost pedal in the signal chain. The Viper still provided plenty of gain, but the tone of the Strat itself just didn’t drive this amp’s heavy channel the way it begged to be played.

Channel 1 provided a clean to classic bluesy tone – very round and warm sounding, yet had plenty of gain to get heavy if so desired. The classic rock overdriven tone is easily achieved, but have your earplugs ready since Andy doesn’t build timid amps! Channel 2 provides more of that deep, heavy, metal tone with enough gain control to reach your intense shred level with never-ending sustain and colorful feedback options. The tone overall was more American than British despite the EL-34 power block, and for high-gain metal, the Viper-50 excited all who experienced it. If you’re worried that it will sound as vintage as the TDS or ODS amps, never fear. The Viper is a serious shredding amp.

As with other great amps, even at high gain levels, the attack and definition of the actual note was never compromised. We find this to be an excellent trait consistent across Fuchs amplifiers – definition and note clarity remain constant throughout all settings, even with high gain. This is great for finesse players doing prog metal, but the looser styled old-school metal player may find this amp’s sound to be a bit too precise for their style of playing. If you’ve got warts, the Viper will reveal them and make fun of you. But if you’ve got chops, it will reward you by delivering whatever you ask of it.

The Owners Manual for the Fuchs Viper-50 contained all the basic information pertaining to the amplifier’s features and controls. However, we did find some discrepancies between the table of contents and the actual information provided — where are those sample settings hiding?

Fuchs offers a non-transferable five-year warranty for the Viper. All service repair and support is provided directly by Fuchs Audio Technology.

The Fuchs Viper-50 head can be yours for the price of $2,999, or for $3,185 you can opt for the Viper-100. If you’re looking for a boutique amp, the price is certainly fair, and it won’t make you flinch any more than the attack of the clean channel at middle (or higher) volume when you first turned it on. After all, how much should the price tag be for tonal bliss – priceless?

Unfortunately, our wallets won’t enable us to be the first ones on the scene with this baby, but if our budget allowed, there wouldn’t be any question. The Viper rocks. (What? You didn’t think we’d say it bites, did you?) 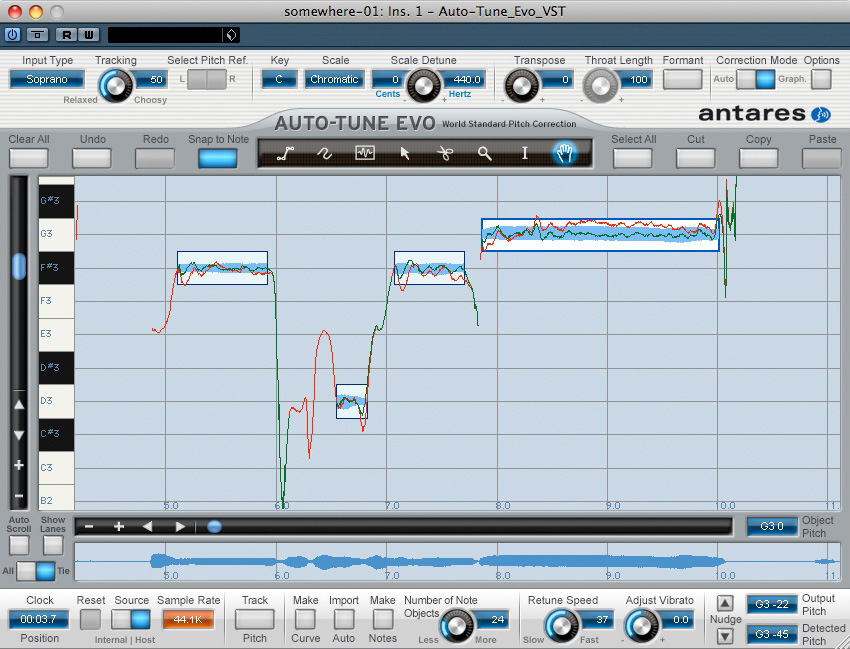 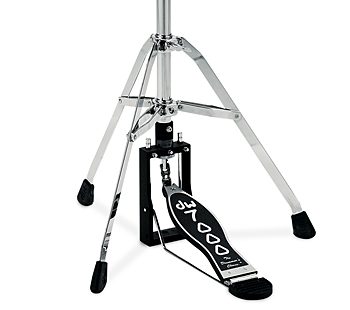