Thousands of guitar players are using amp modelers to get their sound, whether in the studio or on stage. There are certainly plenty of reasons to favor use of a modeler, but just try to convince a tube amp purist—it’s an exercise in futility for the majority.

For those of you who have embraced modeling amps, or have been looking into building a B-rig around one, British amp maker Matrix Amplification, led by Andy Hunt, has developed a line of solid-state class A/B power amps specifically voiced for use with guitar modeling amps.

Some players have discovered that great guitar tones are achievable by pairing a modeling preamp with a tube-based power amp, but popular 2U-sized tube power amps easily weigh fifty pounds or more, and of course, bring with them the reliability/maintenance concerns of any rack-mounted tube amp.

The Matrix Amplification GT800FX is a 1U rack-mounted digital power amp weighing less than 10 pounds and delivering up to 800 Watts of power at 8 ohms. But more than the obscene level of power on tap, what’s important to note is the only thing that ultimately matters: pairing a modeling amp with the GT800FX delivers tube-like tone and feel (provided your modeling technology is state-of-the-art). It enables you to build an ultra-compact rig with a wide range of sounds that will be a happy alternative to your big tube amp rig for those gigs when you just don’t want or need the big stuff.

It’s sort of pointless to rattle off specs for a solid state power amp given the intended purpose is for your guitar rig, but the geeks among you can revel in the 8Hz to 24kHz frequency response and 96 dB signal-to-noise ratio. If you want all the specs on THD, Slew rate, damping, etc. you’re reading the wrong product review, but those specs are available online.

Controls are straightforward. The front panel has a power switch and level controls for each of the two channels (as this isn’t a tube amp, no standby switch is necessary). Internally, the power-up process utilizes a soft start circuit, arriving gradually at full power instead of the familiar “instant-On” of many power amps that can lead to blown circuits or audible pops through your speakers. Lights on the front indicate the status of Power, Protect (illuminated at start-up and if there’s a fault in operation), Bridge, and Mono operation, and lights next to each volume control indicate the presence of an audio signal.

A two-speed internal fan keeps things cool, and ventilation is front-to-back, so you can stack items in your rack directly above and below the GT800FX.

Operation of the GT800FX was extremely straightforward. It only took a matter of minutes to plug in a pair of output cables from a modeling amp and a pair of speaker cables. We typically left the volume controls at 12:00 so as not to blow up our speaker cabinets — the Matrix pumps out a lot of power!

The fan wasn’t particularly loud, and was completely unnoticeable as soon as we started playing through our speaker cabinets.

The lights indicating the presence of an audio signal start to flicker at -9dB, indicating 12% output power, useful for knowing that your single 12” cab loaded with an 8 ohm speaker is getting 30 Watts. These lights start to stay on at -6dB, indicating 25% power output. Given just how much power is on tap, this could make a handy reference, but mostly we just went with our gut feeling about how much power we were pushing to our speaker cabinets.

We didn’t care for the feel of the power switch, and would have liked to see a more robust flip switch as found on typical guitar amps. The power switch has a soft start circuit, and while we did hear a slight pop when the power was engaged, it was very subdued and didn’t pose any apparent risk to our speakers. Despite the fact that it’s unnecessary, we think guitarists would appreciate the addition of a standby switch that offers a completely silent roll-up of the current to the speaker cabinet(s).

Our only significant frustration was the fact that the screw heads used on top of the case were not flat heads. The rounded, raised heads made it impossible for us to install other rack gear (such as the POD HD Pro) in the space immediately above the power amp, forcing us to waste 1U of space. We tried installing the Matrix into multiple rack cases from Calzone, SKB, and Gator in an attempt to build the most compact pro rig possible. We’re happy to report that since we began working on this review, Matrix Amplification has begun using different screws, as evidenced by the compact rig photo they sent to us (below).

Leave the tubes at home! We tested the GT800FX extensively with both a Line 6 POD HD Pro and a Kemper Profiling Amplifier, and the results were great. Particularly with the Kemper Profiling Amplifier, driving either a Mesa/Boogie Rectifier 2x12 cabinet or an ENGL Pro 4x12 cabinet (each wired for stereo operation), the rig sounded and felt like playing a tube amp rig, particularly, a modern, high-gain tube amp with diode-based rectification and minimal sag (think of the response character of a Bogner Ecstasy or Mesa/Boogie Mark series amp).

Obviously, part of the experience is created by the modeling amp (or profiler, in this case), and all modelers are not created equal. But the Kemper—with its fantastic profiled amp sounds and response/sag characteristics that are dialed in to taste based on the specific amp profile being used—sounded absolutely authentic.

Not only did our rig sound like a real tube amp rig, but it mostly responded and felt like a tube amp rig. In a blind listening test, we don’t think anyone would have been any wiser as to what kind of a rig they were actually playing through. Our guitar tones sounded genuinely authentic, and we achieved appropriate tube-like feedback from sustained notes played through high-gain amp profiles (in the Kemper) and models (in the POD HD Pro).

In an A/B comparison with an ENGL e850/100 stereo tube power amp, the differences between tube and solid state were more evident. The tube amp had a deeper, three-dimensional quality to its tone, and the amp imparted some additional sag of its own. But without the direct studio comparison, we never found anything missing from the tone of the Matrix.

Most significantly, what we really noticed was the lack of power amp controls for Presence. We think that for Matrix Amplification to really take things over the top on the next version of their power amp, in addition to the unnecessary-but-desired standby switch, they should incorporate a Presence circuit that tweaks the EQ of the incoming preamp signal in a similar fashion to a tube-based power amp. A sag/response control would take things completely over the top. But we’re already sold on the tone even without these niceties.

Our editorial team was of a shared opinion that the Kemper Profiler paired with the Matrix was a game-changing combination for those times when we didn’t want to break out the big tube rig, or if we wanted to play at bedroom volume levels. For the first time, we could really feel comfortable with leaving our tube amp rig at home and rely upon modeled (err, profiled) technology for our live rig.

The Matrix GT800FX documentation is very thorough from the perspective of a power amp used in a P.A. system application. It fully explains all of the controls, and has lots of great information related to speaker cables, gauges, wiring, etc.

However, as this is being sold as a power amp designed for use in guitar/bass systems, the omission of discussion related to interfacing with popular guitar amp modelers and, more importantly, popular guitar and bass speaker cabinets, was rather surprising. Specific information should be provided, as someone connecting a 2x12 stereo cabinet may be in danger of blowing up their cabinet if they run the GT800FX at full power.

The Matrix GT800FX sells direct for £385.00, which at the time of publication is $597 USD. This is a very good price for a stereo power amp, and is an obvious bargain compared with stereo tube power amps, which frequently sell for hundreds more. 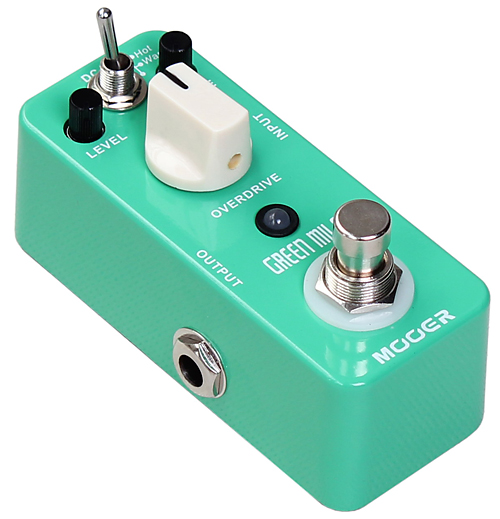