Nice, France, July 9, 2018 – Ringo Starr celebrated his birthday on Saturday, July 7, 2018, in Nice, France, where he joined friends and fans in front of Hard Rock Cafe Nice to share a "Peace & Love" salute at noon. Ringo was accompanied by friends and family including his wife, Lady Barbara Starkey, his brother-in-law Joe Walsh with wife Marjorie Walsh, and his All Starrs (including Graham Gouldman, Colin Hay, Steve Lukather, Gregg Rolie, Gregg Bissonette and Warren Ham) with "honorary" All Starr for the day Matt Sorum. The now traditional “Peace & Love” moment invited fans from around the world to say, think or do “Peace & Love” at noon their time. This year’s tribute included celebrations in more than 60 countries.

At the event, The Deputy Mayor of the City of Nice, Rudy Salles, welcomed the crowd, and spoke to the importance of “Peace & Love” day. Mr. Salles introduced a musical tribute, which was performed by Ringo’s current All Starr band and Joe Walsh. They played “Act Naturally” and “With A Little Help From My Friends,” and “Funk 49”. Joe then introduced the birthday boy - Ringo - who had already darted out to join the band for a few bits. Ringo thanked the Hard Rock, and event sponsors David Lynch Foundation and Modern Drummer and of course all the fans and friends worldwide who made this 10th Anniversary the biggest yet. The group did a countdown to a noon “Peace & Love” cheer, tossing out “Peace & Love” wristbands and Peace cookies to fans.

Starr began the tradition of celebrating a “Peace & Love” birthday with Hard Rock 10 years ago, when he and his wife Barbara joined throngs of fans on the streets of Chicago. The next celebration was a traffic-stopping event in front of Hard Rock Cafe New York in Times Square, with additional birthday stops in subsequent years at Hard Rock Cafe locations in Hamburg, Germany and Nashville, Tennessee, and three years at the Capitol Tower in Los Angeles. 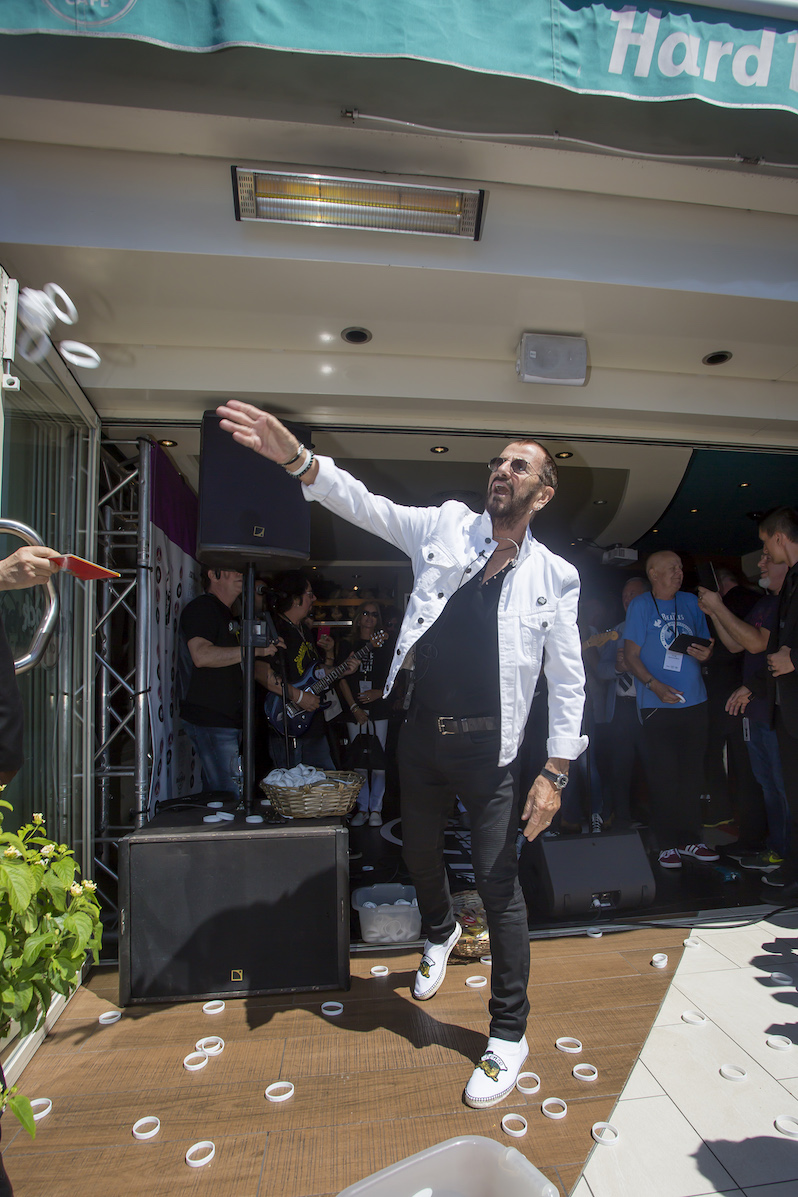 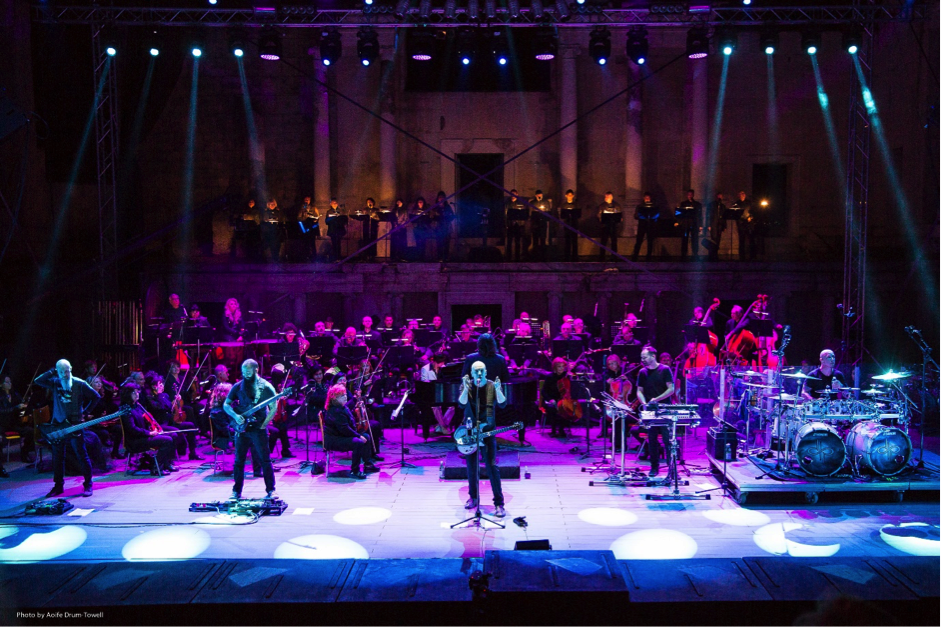 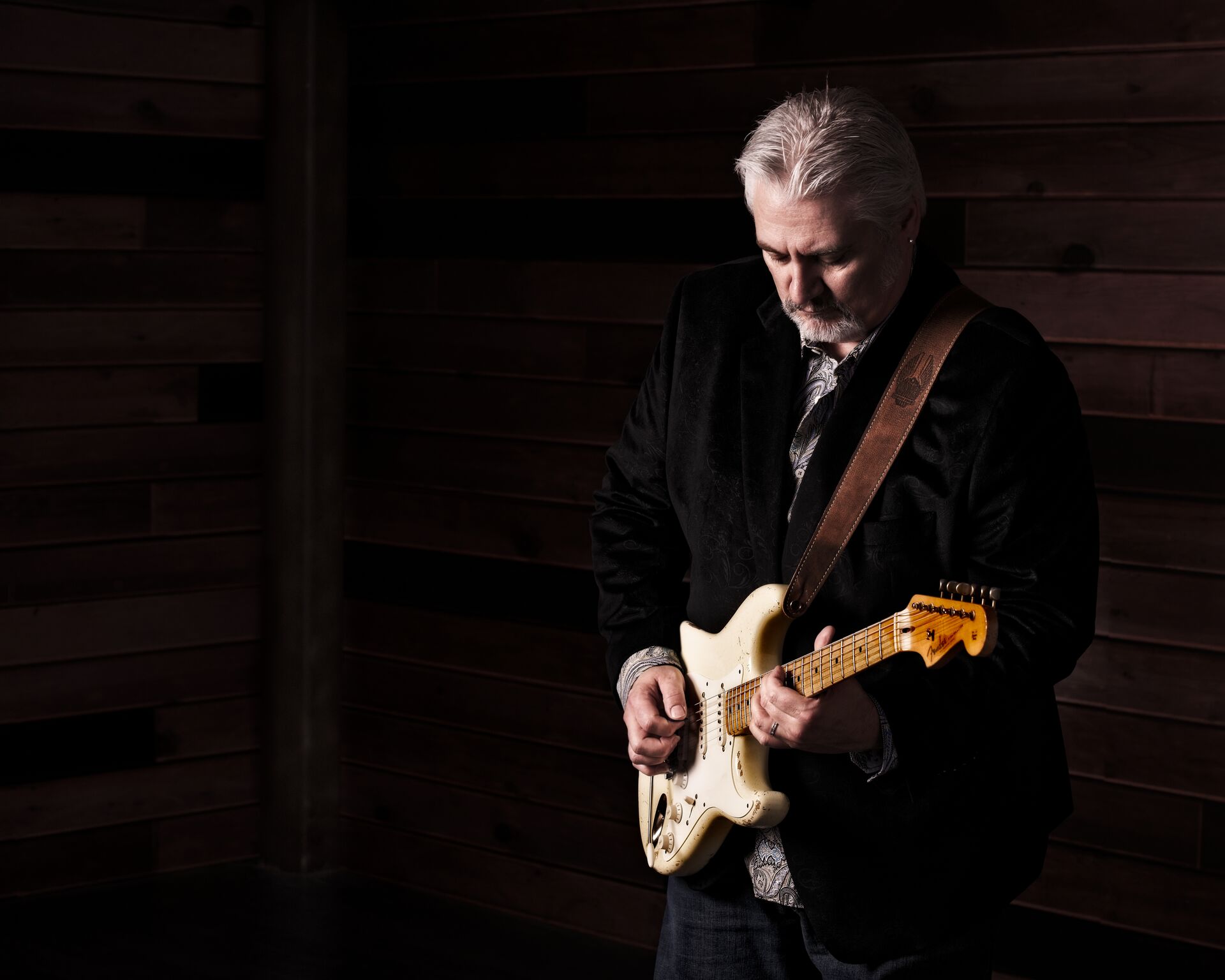